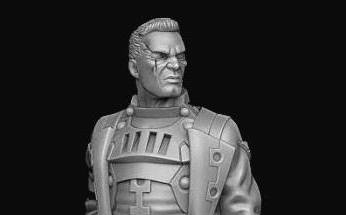 We kicked things off earlier this week with a familiar character – Fartok – Leader of the Outcast Revolt – the Ghar who refused to kneel before his masters!

Today we have another familiar face… Kamrana Josen… who is already available as a Commander model – based upon his actions upon the battlefields of Aan Four – however, the supplement sees Josen having advanced to the rank of Commander-in-chief of the Xilos Expeditionary Force… an older and more responsible Commander, deep down he has lost little of his old determination. Experience, promotion and the demands of increased responsibility mean that his role has changed from that of a field commander to the Commander-in-Chief of an entire army. Here’s a quick snippet from ‘The Battle for Xilos’ with a little more – please note that some sections have been removed, and other segments are excerpts of longer/larger material from the book.

Kamrana Josen veteran of the Seventh Segment War and hero of Aan Four (much of which is detailed on/around page 228 of the core Rulebook) rose steadily through the ranks of the Concord Combined Command following his exploits against the Vorl. His sudden deployment to the world of Xilos came as a complete surprise to Commander Josen, especially because he was already leading an exploratory force into the Western Interface to counter an Isorian push into the fiercely disputed region. Josen and his small but powerful force was instead diverted to Xilos together with hurriedly mustered scientific reinforcements comprising some of the PanHuman Concord’s finest minds.

Designated Commander in Chief C3 Xilos Expeditionary Force (XEF) Kamrana Josen found his small force unexpectedly blockaded by aliens ensconced on the planet and by their considerable space fleet. The Concord ships were more than a match for the enemy ships, inexplicably primitive as they were, but the enemy planetary defences were another matter. To the Concord fleets shard the defences were as incomprehensible as they were formidable. During the course of the war for Xilos Josen would come to understand more about the Ghar, for his force was the first recorded contact between the Ghar Empire and the PanHuman Concord. A 3D render of the forthcoming C-in-C Josen miniature – expected to hit the landing zones of Xilos soon! 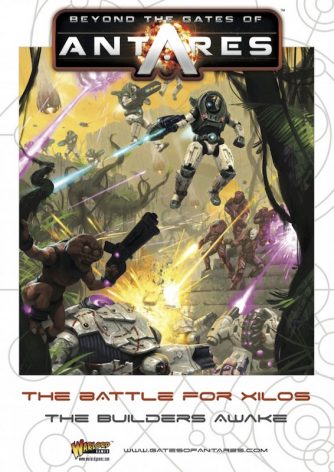 How are you planning to use Josen in your games?