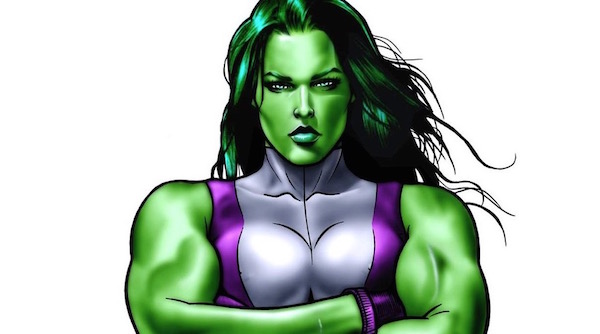 WizKids points you to a glimpse of the latest version of She-Hulk and Hercules from the upcoming Marvel HeroClix: Civil War boosters.

Today we take a look at the opposing powerhouses: Hercules and She-Hulk  Take a look. 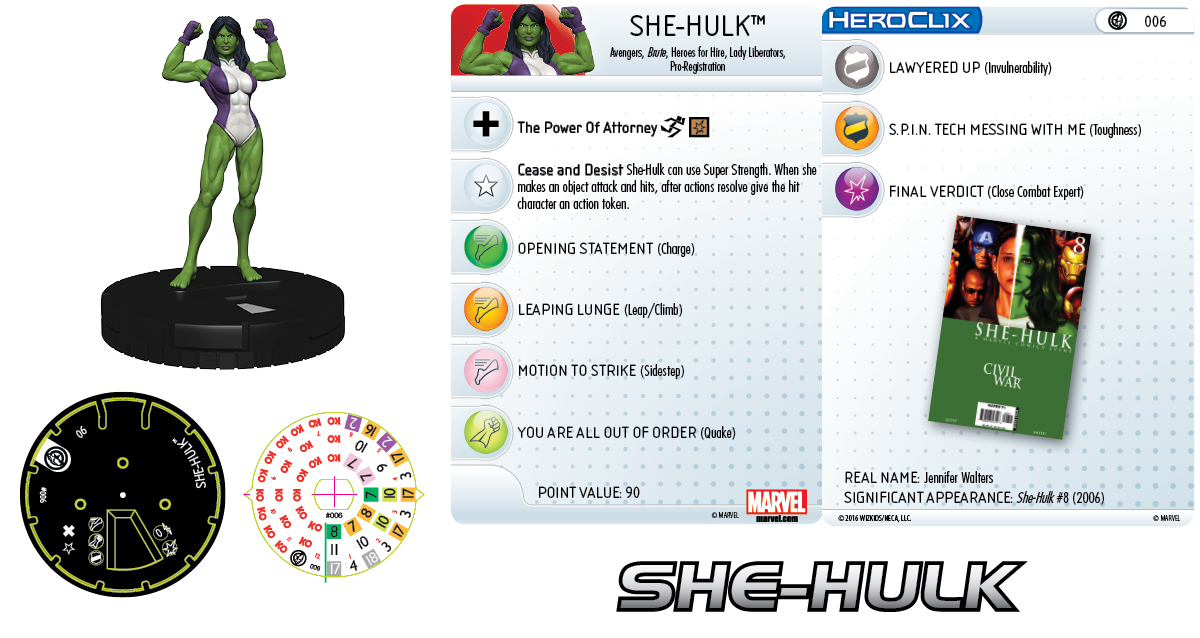 ” PRO-REGISTRATION: She-Hulk! Shulkie, much like her counterpart Hercules, is an indomitable 90-point warrior with six clicks of life. There are some similarities in their power set, but where She-Hulk stands apart is with her Improved Movement – Ignores Blocking Terrain and Destroys Blocking Terrain as the Character Moves Through It, and her trait, Cease and Desist. Like Hercules, this trait grants Super Strength, but it differentiates itself by stating that when She-Hulk makes an object attack and hits, after actions resolve, the hit character is given an action token! Her standard powers are pure She-Hulk, with Charge, Leap/Climb, Sidestep, Quake, Invulnerability, Toughness, and Close Combat Expert.“ 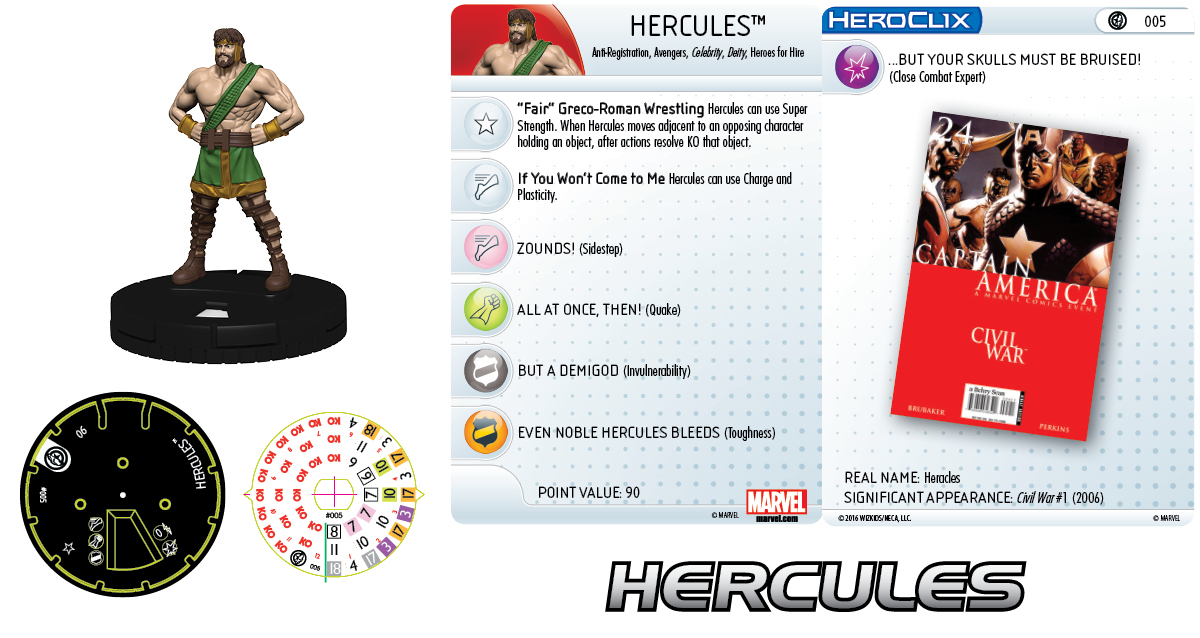 Here’s the basics on Hercules 005:

“ANTI-REGISTRATION: Greek demigod Hercules is an indomitable 90-point piece, with six clicks of life and power for days! To start, Hercules possesses the trait “Fair” Greco-Roman Wrestling, which allows Herc to use Super Strength. Additionally, when he moves adjacent to an opposing character holding an object, after actions resolve, KO that object. With regards to Hercules powers, he possesses three clicks of a special power called If You Won’t Come to Me, which allows Hercules to use both Charge and Plasticity. He also possesses significant standard powers which really flesh out the Lion of Olympus, with Sidestep, Quake, Invulnerability, Toughness, and Close Combat Expert.“

The Marvel Heroclix:Civil War Storyline OP events kick off in June – What do you think of the pair?