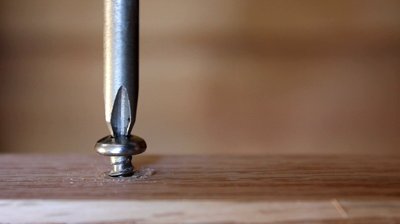 Today Privateer Press reports on the progress of thier Free-Rider program, designed to protect brick and mortar retailers:

You will remember that in the last 6 months or so, many major games manufacturers are rolling out policies to clamp down on steep online discounters and protect physical brick and mortar stores.  Each company is doing it in their own way.  Games Workshop for years has limited online sales of thier products to themselves only via thier webstore.  Asmodee North America (who owns FFG) recently rolled out a stepped discount program that offers steeper wholesale discounts to brick and mortar stores.  Privateer rolled out thier own program targeting “Free Riders” in April .

Today they reported back on how the program is doing:

Bellevue, WA, May 11, 2016 – Privateer Press is pleased to announce that all of its North American distribution partners have signed Privateer’s new distribution contract and agreed to support the company’s new free rider policy, which seeks to discourage high-volume online retailers that do not offer meaningful services from undermining the growth and sustainability of the industry.

Privateer’s free rider policy discourages the sale of products to a category of online retailers recognized as harmful to the industry. Thanks to the universal support of Privateer’s North American distribution partners, the policy will help ensure that honest, hard-working retailers—including online retailers that are not in violation of the policy—will be able to compete fairly and without the predations of crippling and anticompetitive practices. In doing so, the policy also safeguards the brick-and-mortar retailers’ role in providing players with access to the worldwide community of players who enjoy the friendly competition, hobby experiences, and casual and competitive organized play for which Privateer Press is a recognized industry leader.

“We greatly appreciate the support and commitment to the health of brick-and-mortar retailers shown by our North American distribution partners,” said Sherry Yeary, president of Privateer Press. “Change won’t happen overnight, and eliminating free rider practices will be an ongoing issue that will take time and a united effort between publishers and distributors to overcome, but we have already seen the positive effect of instituting this policy, and we remain committed to its success, no matter what it takes.”

Since Privateer announced its new free rider policy, over 200 brick-and-mortar stores who do not currently stock WARMACHINE and HORDES have committed to carrying the new editions of the games because of the policy. All launch kits for the new editions of WARMACHINE and HORDES are sold out at the manufacturer level through presales to distributors.

This type of thing won’t occur overnight and is being implemented in different ways by major manufacturers. But one thing is clear, like Gulliver being pulled down by hundreds of Lilliputian ropes, the major online discounters are seeing darker and darker clouds on the horizon each day while the brick and mortal locations are seeing the skies grow clearer and clearer.

One interesting thing to note from the press release is the emphasis on how Privateer Press is using the new policy as a way attract and recruit new brick and mortar stores “over 200” to begin carrying their products.  Apparently they have been using the policy to help ease concerns of having to deal with online discounters as competition.

~ What’s your take on the industry trend?

Author: Larry Vela
Dad, Gamer, Publisher, Pilot, Texan. All games all the time since junior-high. I started BoLS Interactive in 2006. I’m a lifelong tabletop & RPG gaming enthusiast, and internet publisher working to entertain and inform my readers every day. I've been playing RPGs and Tabletop Games since the 1970s. I'm been playing and covering Warhammer and Warhammer 40K for over 35 years.
Advertisement
Privateer Press Retailing Tabletop News
Advertisement