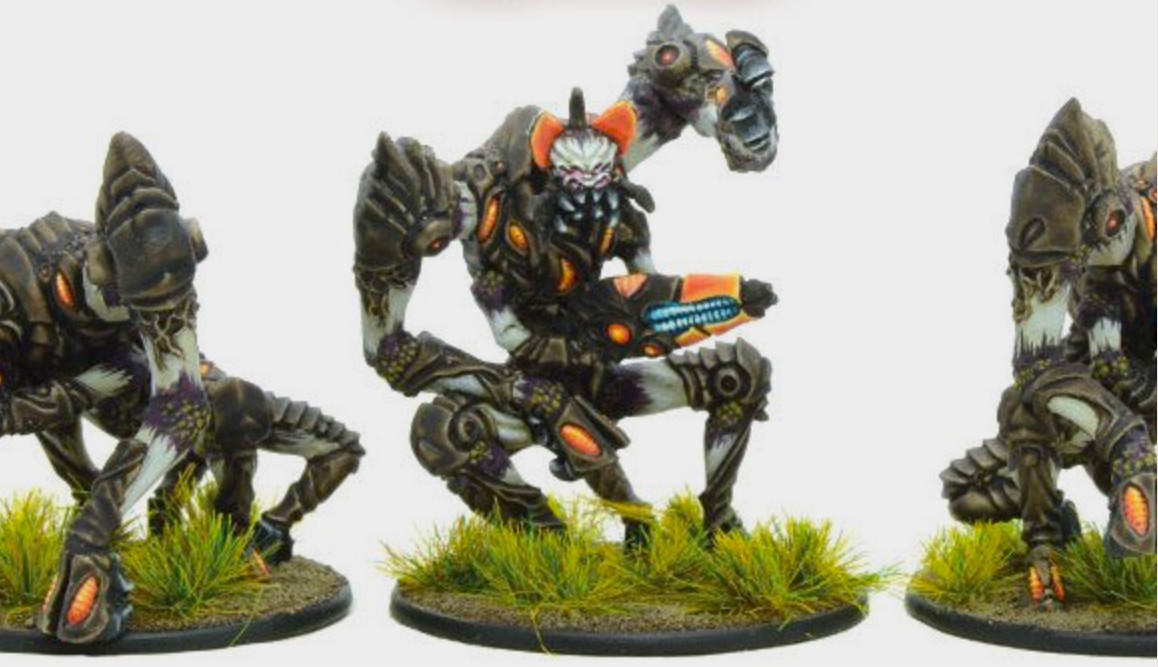 Isorian Reinforcements have reached the Gates of Antares. Take a look at the latest from Warlord Games:

After the Isor-Tsan Kiri War and the disaperance of the remanents of the enemy Tsan Kiri it was some time before the Isorians were to discover an abandoned hatchery of what wer to become known as the Tsan Ra.

The physical prowess of the Tsan makes them eﬀective troopers in countless combat situations. Their psychological make-up is in many ways more compatible with the business of waging war than is that of Isor’s human population. The Tsan Ra are just one of the many alien species that co-exists as part of the larger Concord and Isorian societies. The Tsan Ra troopers are a unit option within the Isorian forces and you can ﬁnd the unit entries in the sCampaign supplement ‘The Battle For Xilos‘ on pages 81/82

Are you taking part in the Battle for Xilos campaign?