Hey X-Wing Aces and all you Star Wars RPG Players out there! Have you ever been playing your Age of Rebellion game (or Edge of the Empire/Force and Destinty for that matter) and wished you could just do the combat like in X-Wing? Or perhaps you were on the flip side and wished that your X-Wing Games had more of a story to tell – perhaps you wanted to do some type of campaign? Well Fantasy Flight Games has felt this great disturbance in the force and partnered up with guest writer Bryan Young for some tips on combining your fun!

I have groups of gaming friends that love the spaceship combat of the X-Wing miniatures game, and I have others that love the open world sandbox of Fantasy Flight Games’ Star Wars roleplaying. I’m the sort of player who is caught in the middle. I love the way X-Wing captures the feeling of a dogfight in space, but I also love the storytelling and playacting required for a really great roleplaying game. And that got me thinking, “How could I combine these two games into an experience that would satisfy the different sorts of gamers I’d likely be playing with?”

Brian goes on to describe some really great ways to combine the two systems. Read the Full article from Fantasy Flight Games here. The two main approaches you can take this from are basically from the X-Wing to RPG side or from the RPG to X-Wing side of things. Bryan fully admits it’s really going to put some extra work on the Game Master no matter which direction you come from but the results can be totally worth it.

X-Wing to RPG Side

Dogfighting in Age of Rebellion is tricky. It can be very confusing for players to be able to keep everything straight in their heads, especially if each player is flying their own ship or they are fighting a TIE Swarm! As props, the X-Wing miniatures are PERFECT for helping to keep things straight. As a GM you may have to decide if you want to go full 3D on spaces – or just stay 2D and assume they are coming at each other on roughly the same “vertical” plane. (There is no up or down in space after-all…)

If you group is really into the combat aspect of the game you may need to come up with some house rules about initiative orders, pilot talents, upgrades and all that – but once you’ve got the foundation set you could really have some fun with your Player Characters as X-Wing Pilots and Co-Pilots! 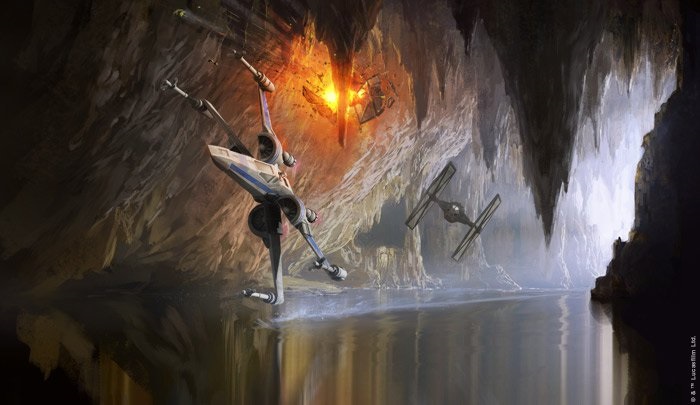 In the article, Bryan talks about one of the big issues both players and GM’s will run into is game balance. But he suggests using custom scenarios to help with that. Not every fight should be a straight up “X-Wing Game” – basically a square of empty space to fight in until one side is destroyed. Maybe it’s an escort mission – maybe the players are just trying to destroy one ship or a specific target. If you need ideas check out the X-Wing Mission Control Room Beta which has a TON of free missions to check out.

You could also use the Destiny Point mechanic from your RPG games in these X-Wing combat scenarios. But that’s going to be up to the Game Master and the players to sort out!

RPG to X-Wing Side

If you’re an X-Wing player you know how much stuff tends to die in games. That can be a tough pill for RPG players to swallow with Player Characters being killed off in almost every game. But what if that’s actually part of the campaign? Bryan brings up the Rogue Squadron as perfect example. There is a constant pool of fresh faces and new recruits coming in and out. If players are expecting to rotate pilots in and out of the game this could be a really neat way to handle that. Just be sure that both the players and the GM are on board with this type of play!

Aside from the brutal combat X-Wing can also provides RPGers with a real very real sense of danger and makes surviving an encounter that much more rewarding! If you combine that sense of danger with appropriate rewards (experience bonuses, extra Destiny Points, or some sweet loot) then that can also add to your story-telling experience later on down the road.

The Star Wars Universe is also packed full of secret spy missions and important intel deliveries which can play heavily into your games. Did your pilots survive an epic space battle only to be betrayed once they land? Do they have to make a desperate supply run and evade imperial patrols? Maybe they are just down-on-their-luck smugglers trying to pay a debt to a Hutt – who knows where the story will take them! 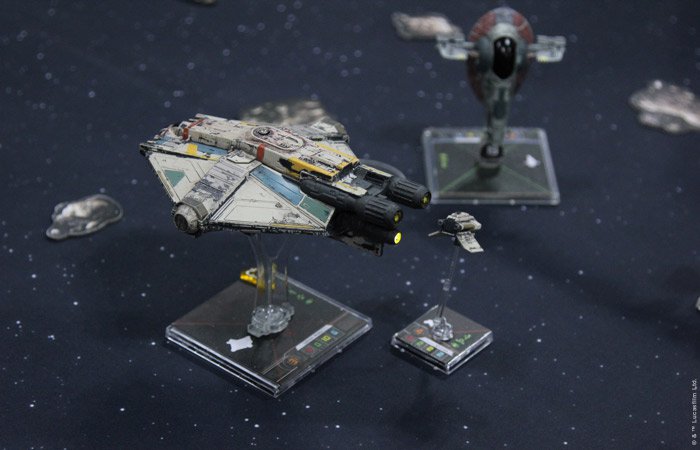 And don’t think that this is all fighter pilot focused either. There are LOTS of ships out there that have crews and can use a steady helmsman to navigate while the better gunners man the turrets. Heck, if you REALLY wanted to bend some genres together you could play AS a ship crew – think Firefly, only on the Millennium Falcon and your players are the crew. You could even modify rules so that their skills and talents can carry over to any space combat you might have to deal with. If that doesn’t get an RPGer excited to play, I’m not sure what will!

The Star Wars Universe (and all the different lines from FFG) are vast and varied. If you’re looking to add more to your RPGs or maybe you just want your X-Wing games to have more of a narrative to them, then think about combining these systems together! Maybe once the players level-up high enough then you could even combine that with Star Wars: Armada. #mindblown.

Hey you got your Peanut Butter in my Chocolate!