Tabletop Spotlight: A Duel Betwixt Us 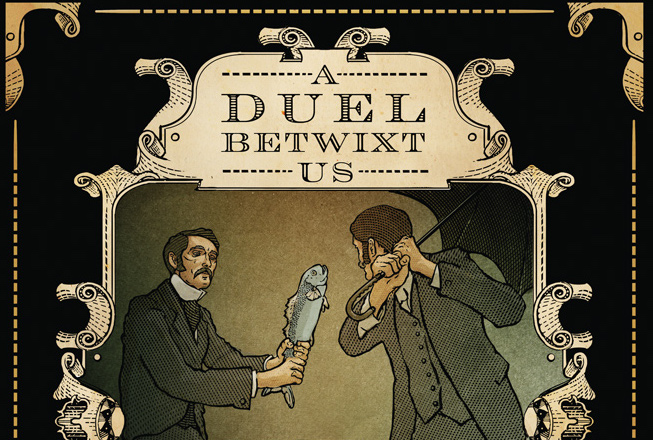 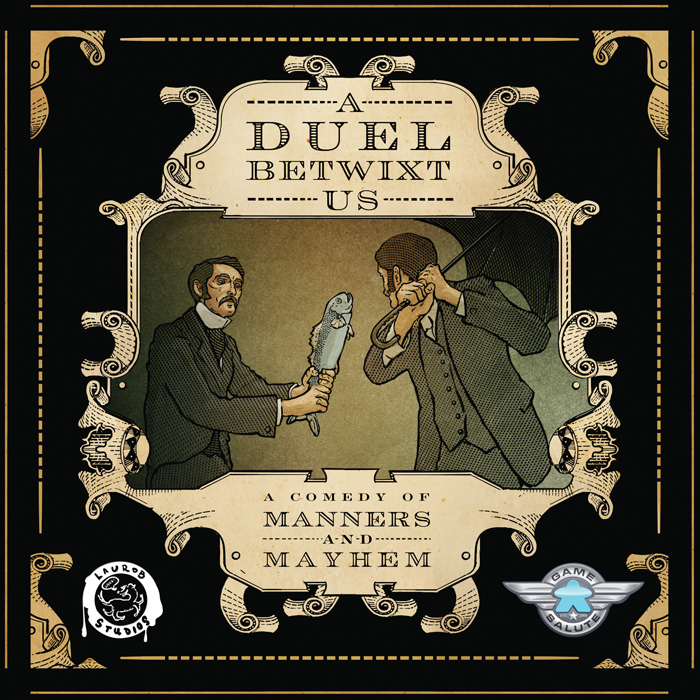 The Tabletop Spotlight is on A Duel Betwixt Us!

Our friends at Dragon’s Lair Comics & Fantasy have a very wide range of Board & Card Games. I had not heard of this Kickstarter success previously which is exactly why I’m glad we do these Tabletop Spotlights. But now that I have, I can honestly say arguments with friends have become a lot more interesting – but in a gentlemanly way:

We’ve all been there – it starts as a friendly misunderstanding. A but a few well placed verbal jabs later someone is has drawn their driving gloves from their petticoat and has slapped the other across the face in a violent, yet civilized manner. “Surely can only be revolved in a Duel at dawn, good sir!” Indeed…

What, just me? Legally, I refuse to answer the question on the grounds that it may incriminate myself. But in this “hypothetical” situation in which I won a fictitious duel and murdered a friend at dawn could have all been avoided if we had access to this game! Besides, it was self-defense.

A Duel Betwixt Us is a 2-player card game. The point of the game is to duel your opponent and win all the “favors” or to end up with the most favors by the time the game ends. But it’s a tad more complicated than that. Each duelist also has a fan club of workers who are wowed by their dueling exploits. The player can send these fans to the mines in order to get them different types of ingots. Those ingots can be used to craft better dueling gear. Then those gear pieces are used in the next round of dueling to make it easier to win. It’s actually a clever worked and materials management game – as well as a very silly (but still gentlemanly) combative card game.

The duels themselves are also very entertaining. You don’t actually get to use all the shields and swords in every duel. In one particular duel you can only use your bare hands (and any weapons you might of snuck in). The Duel deck is shuffled and drawn randomly so you’re never sure how you should spend resources on your gear. It keeps it interesting! Also some of the cards allow you to attack the other players fan club which helps to limit their resources as well. The game can be very back-and-forth so even if you lose a duel you’re never really out of the game entirely.

The art style is also a lot of fun. It has an old-timey look but with a modern cartoony vibe. I really like the style and would love to see this used as art in a comic book. Also, some of the likeness are vaguely like celebrities. I’m not sure if that is intentional or not (i.e. not sure if they got those licensed) but I’ll leave that up to you to decide who’s-who!

Overall, if you’re looking for a way settle your arguments without bloodshed (or if you’re just looking for a fun 2 player card game) then check out “A Duel Betwixt Us” – you won’t be disappointed! It’s in stores now.

A Duel Betwixt Us 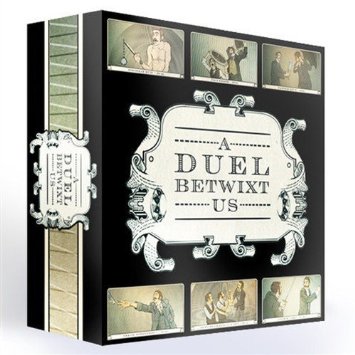 A Duel Betwixt Us is a 2-player card game designed to test your manly worth through the ancient & sacred art of violence. Your heroic feats will earn you the love of fair maidens, and sturdy men join your ranks in admiration of your combative prowess. You will send this fanclub to work in the mines, where they will toil tirelessly in your name. The fine ingots they pull from the earth will provide you with an economic & military edge in the series of spectacular duels which will unfold betwixt you and your nemesis. Who will be the finer specimen of Man? Will you gain the Gentlemanly Satisfaction you demand? Only time will tell…

I challenge you to a duel, Good Sir! 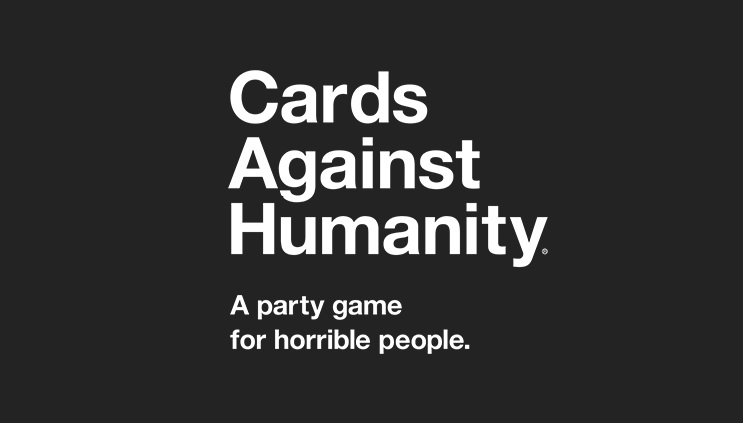