40K Comics Coming Back In October 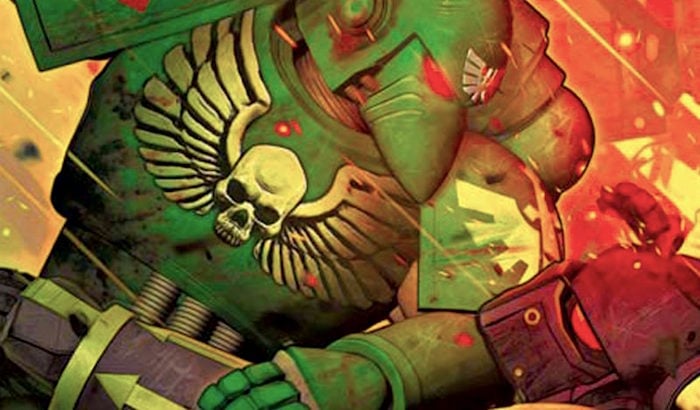 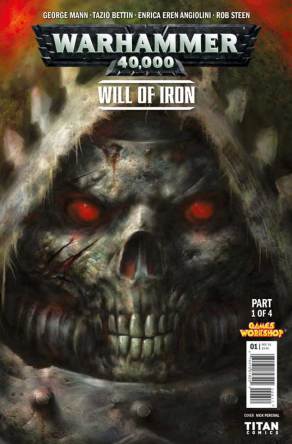 Titan is sharing fantastic new cover art for the new ‘Will of Iron’ series – come see!

It’s been awhile since we’ve heard from Titan about this project. They released a lot of new information and art this week that’ll get you excited all over again. Check it out… 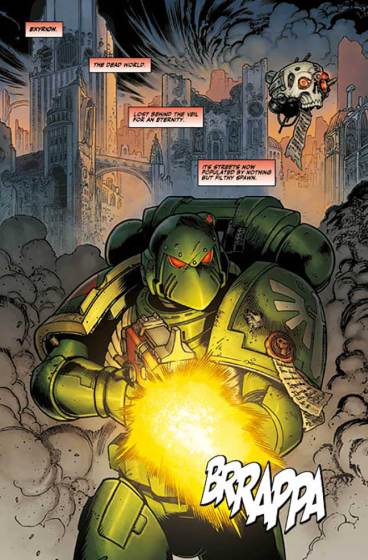 Now in its seventh edition, the ever-popular tabletop miniatures war game Warhammer 40,000 continues to go from strength to strength. The universe is also explored in dozens of best-selling novels, roleplaying and card games, apps and videogames. Additionally the new Dawn Of War III videogame has been announced for 2017 and looks set to join the previous two games in the series as both a critical and sales smash hit!

Hitting stores on October 12, 2016, the new Warhammer 40,000 comic sees Mann and Bettin take the series to new heights with the first adventure, entitled “Will of Iron”. The story follows Baltus, a Dark Angel newly-elevated to the rank of Space Marine, as he is baptized on the bloody battlefield and uncovers the price his Chapter has paid for victory! Secrets as old as the Horus Heresy are on the verge of being revealed… 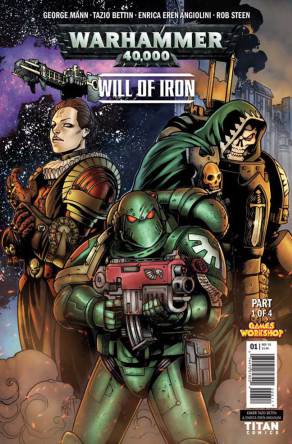 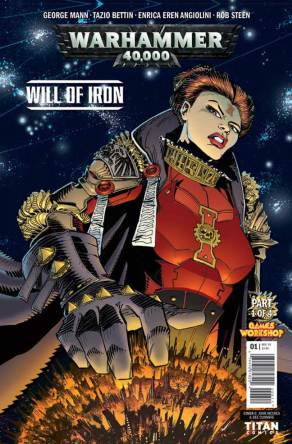 “I’ve long had an affinity with the rich, gothic universe of Warhammer 40,000, and it’s a privilege to be able to continue it in this way, crafting stories brimming with intrigue, suspicion, heroism and conflict,” says writer George Mann. “Terrible things await the Dark Angels beyond the warp veil of Calaphrax. We’ve got big plans, and we’re about to embark on a terrifying mission into the darkest recesses of the universe. May the Emperor of Mankind protect us!” 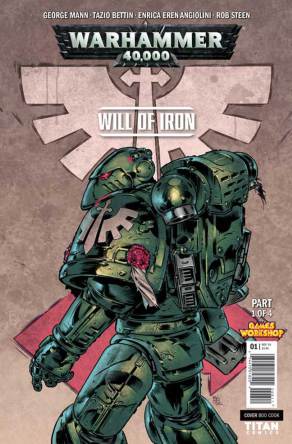 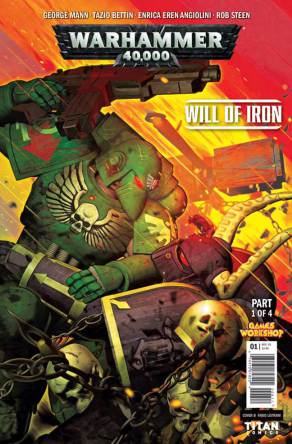 Fans can get a special first look at this thrilling new series at the San Diego Comic-Con Warhammer 40,000 panel on Thursday 21st July (1:30pm – 2:30pm) located in Room 4. This panel is not to be missed and will have artwork previews, announcements and exciting reveals from Warhammer 40,000 writer George Mann and editor Andrew James.

Titan is also producing a special issue #0 edition of Warhammer 40,000, which will be available in October’s edition of White Dwarf magazine – published by Games Workshop. This special 32-page preview comic, designed to direct fans to their local comic book store, features an original 10-page strip by the creative team from the regular series, exclusive ‘making of’ features and comes with a brand-new cover by series artist Bettin. 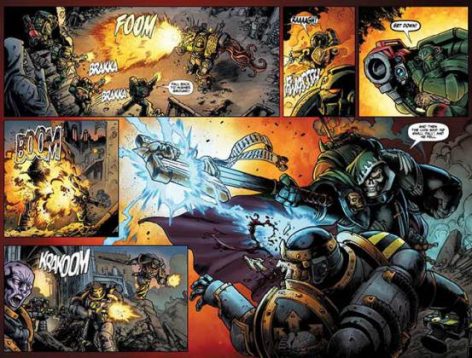 Warhammer 40,000: Will of Iron #1 hits stores and digital platforms on October 12, 2016 and is available to order from the August edition of PREVIEWS. This all-new original adventure set in the world of the esteemed Warhammer 40,000 universe will delight old and new fans alike!

Who out there is adding this to their pull list this fall?