The Latest War Pack for Warhammer 40K: Conquest is in stores now – The Dark Angels are joining the fray!

The Unforgiven War Pack launched last week and should be at retailers now. The battle on Nectavus IV has already begun and now the Dark Angels are landing to fight. But they aren’t the only ones coming to play… 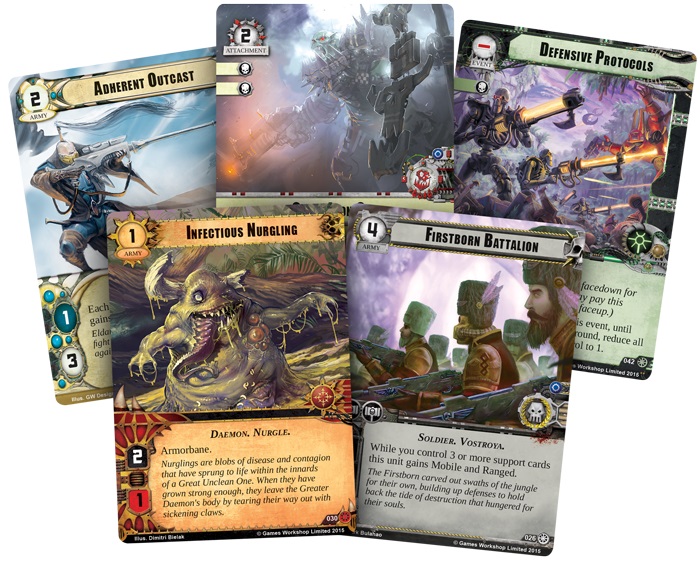 Fantasy Flight Games has previewed a few of the cards already and new Deepstrike & Elites mechanics already. But now we’re getting a closer look at the Dark Eldar: 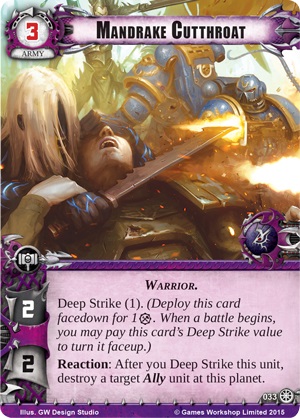 “Mandrakes are feared even by other Dark Eldar, and are regarded by many as darkness given life. Their skin pulses with blasphemous runes as they move between shadows, traveling effortlessly through time and space. In Warhammer 40,000: Conquest, the Mandrake Cutthroat is just one of the new cards that bears the Deep Strike keyword, allowing you hide its presence until it’s too late for your enemy. When the Mandrake Cutthroat does reveal itself, you can immediately take the life of an enemy Ally unit, cutting it down before it contributes to the battle. Though Ally units are rarely your opponent’s most powerful forces, destroying them still helps solidify your position on the planet and could even turn an engagement in your favor. “

We’ve also seen another devious Dark Eldar card that will help finish off a unit – and pop back up to do it again! 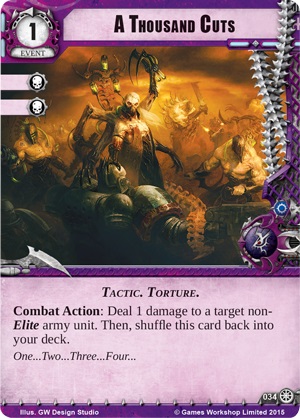 This War Pack has something for everyone. If you want to learn more about this pack you can check out the full article from Fantasy Flight Games right here. Check with your local retails to grab a copy of the new Unforgiven War Pack – in stores now! 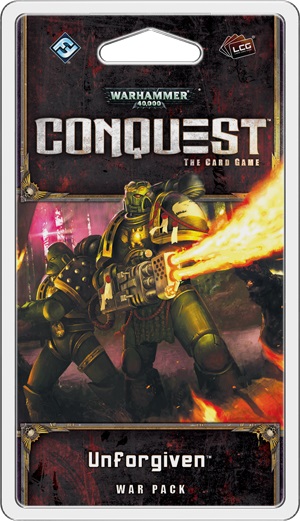 Unforgiven is the second War Pack in the Death World cycle for Warhammer 40,000: Conquest, and like the other packs of this cycle, you’ll find plenty of support for the new Deep Strike keyword. By Deep Striking your units, attachments, or events, you’ll be able to arrive at the battlefield without alerting the enemy to your presence. You’ll also find new support for each faction’s Elite units, ensuring that these massive units have a comparable impact on the battlefield. Finally, this War Pack introduces a new Space Marines warlord and his signature squad that can take full advantage of the new Deep Strike keyword!

Deepstriking and Elites – that’s one way to make an entrance!