Congratulations to the BAO champion Brandon Grant for proving Dark Angels don’t need allies to win and everyone else who made the top 8!

Hello everyone! PeteyPab here with some BAO coverage and tournament predictions.

The BAO is upon us, and with it comes camaraderie, cheesy lists, and more bottom table drinking games then I would care to admit in this article. Read on weary travelers, and find out what you would have encountered if you attended this year’s BAO.

The Winning Dark Angels list is below in red

The guys over at Game Kastle are helping us running it this year. They are providing the terrain, the tables, and the space. They did a great job choosing a large enough venue for the BAO and their help gives everyone over here at Frontline more time to make sure everything else about the event runs as smoothly as a model over one of our F.A.T. mats (shameless advertising? check) 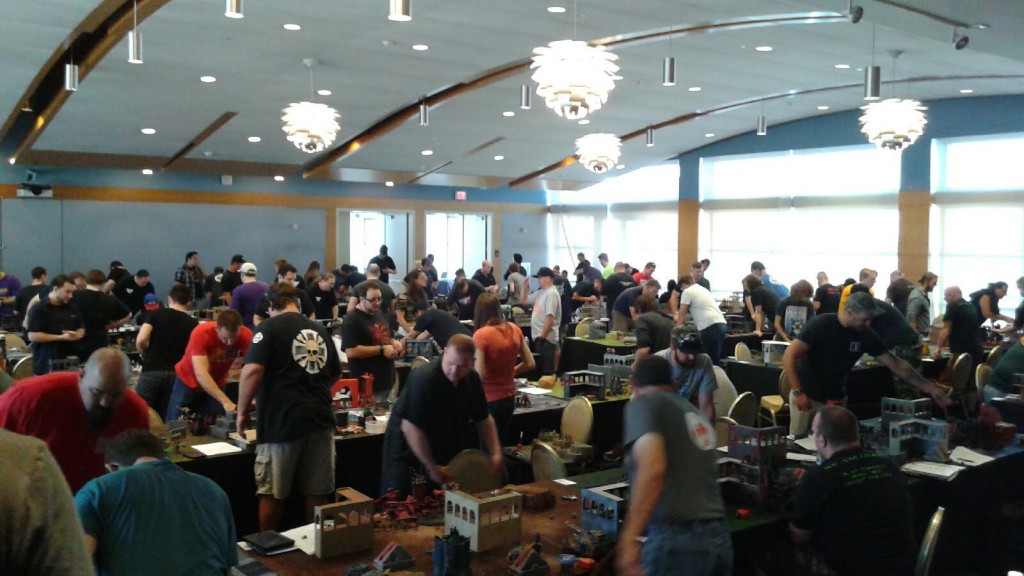 I may not always get along with everyone in our community 100% of the time, but I do love and appreciate every single person that makes the effort to come to events and share a mutual love for our game and hobby. It is a wonderful experience to see both spirited competitors, and talented hobbyists drinking together, laughing at dice rolls, and generally having a good time. With 2015 winner Alan Bajramovic and 2014 winner Steve Sisk nowhere in sight it is time for a new player to wear the coveted Belt of Russ. There are a lot of good players coming out but I am going to narrow it down to my three favorites to win the entire thing. Julio is hungry for some BAO glory. He has quietly had one of his best ITC seasons yet. With a Best General win at the Broadside Bash and one of the best meta Eldar lists Julio is looking to break out with a dominant GT win. There are some rumors going on about Julio bringing a Blood Angels battle company list flying around, and if that’s the case Julio is the guy that can finally bring glory to the Space Vampires. Matt Root knows his stuff. I thought maybe after hearing his story about how he got into the top 8 at Adepticon, his glory might be a fluke. He quickly silenced my doubts however with a dominant win at the Flying Monkey GT and is now sitting pretty at the top of the ITC rankings. Matt knows his stuff and as soon as I saw his name on the registration list I knew he would be a player to watch. Also, if you want to know what kind of list he will possibly bring here is a List-Tech article I did on his AdMech list. James and Frankie are the only players in the top 20 ITC rankings with only 4 games under their belt (Edit: Sorry Vincent Arroyo!) Of the players with 4 games, James is the highest sitting at 11th. James is on fire this season, he may only have 4 games but almost all of them are dominant wins among quality competition and he is practicing non-stop against some really solid competition (and me…). His Cyclopian Cabal list is terrifying, and he is poised to have a great 2016 ITC season.

Results: Well, two of the players finished in the top 8 and one player looked primed to accompany them if not for a poorly timed tie, and losses to two great players. Maybe next year I will be able to predict the winner!

Dark Eldar: 6
Astra Militarum: 9
Skitarii: 5
Eldar: 19
Tyranids: 8
Space Wolves: 9
Khorne Daemonkin: 5
Space Marines: 32
Blood Angels: 4
Tau Empire: 13
Dark Angels: 9
Imperial Knights: 9
Cult Mechanicus: 8
Necrons: 8
Orks: 6
Harlequins: 4
Chaos Daemons: 10
Eldar Corsairs: 1
Militarum Tempestus: 1
Grey Knights: 2
Chaos Space Marines: 2
Renegades: 1
Officio Assassinorum: 1
So not bad! I understand there are 63 marine type armies on the board but hey, compared to some other tournaments the percentage of Eldar, Tau, and Daemons is actually quite low. Space Marines are the most popular army in 40k, period. If you break it down further I would imagine a full 3rd of the vanilla space marine armies are actual “white scars” battle companies. Also judging by the lack of deathstars in the top 16 I think it is safe to say that space marine deathstars are not as dominant as some people may have you believe. 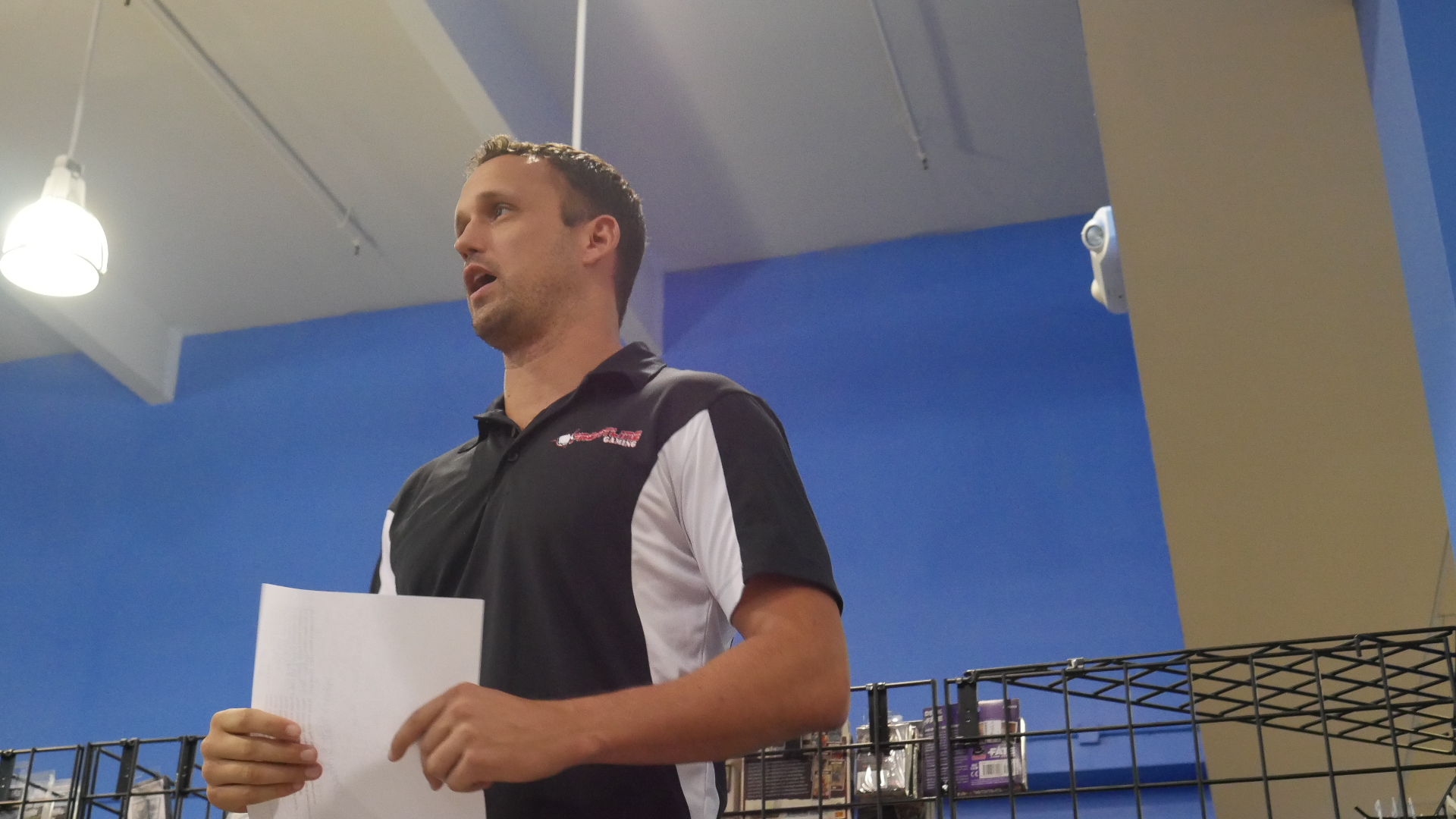 Brandon Grant beats Matthew Schuchman and his Eldar Seer council to become the only player in the tournament to finish 6-0. Brandon’s Dark Angels (below) took care of business against 4 opponents with 5 wins, and 3 players who won their respective “best of faction” rewards. Brandon was matched against an insanely diverse and talented group of players (Daemons, Eldar, Orks, Ad Mech, GuardDar, and Imperial Knights). Not only that, but he did it with a list that is widely regarded as inferior to it’s big brother the White Scars battle company. Good Job Brandon, way to take the sacred belt of Russ away from those pesky space puppies. Azrael would be proud.

Another note, there were three undefeated players at the start of round 6. Brandon got paired down, and Matt Root and Andrew Ford played an intense game that saw both a knight, and wraithknight go down to not so accurate Eldar artillery. Their game ended in a draw which paved the way for Brandon to finish 6-0. You can find the rest of the top 8 on the bestcoast app but i’m going to go over them here as well. 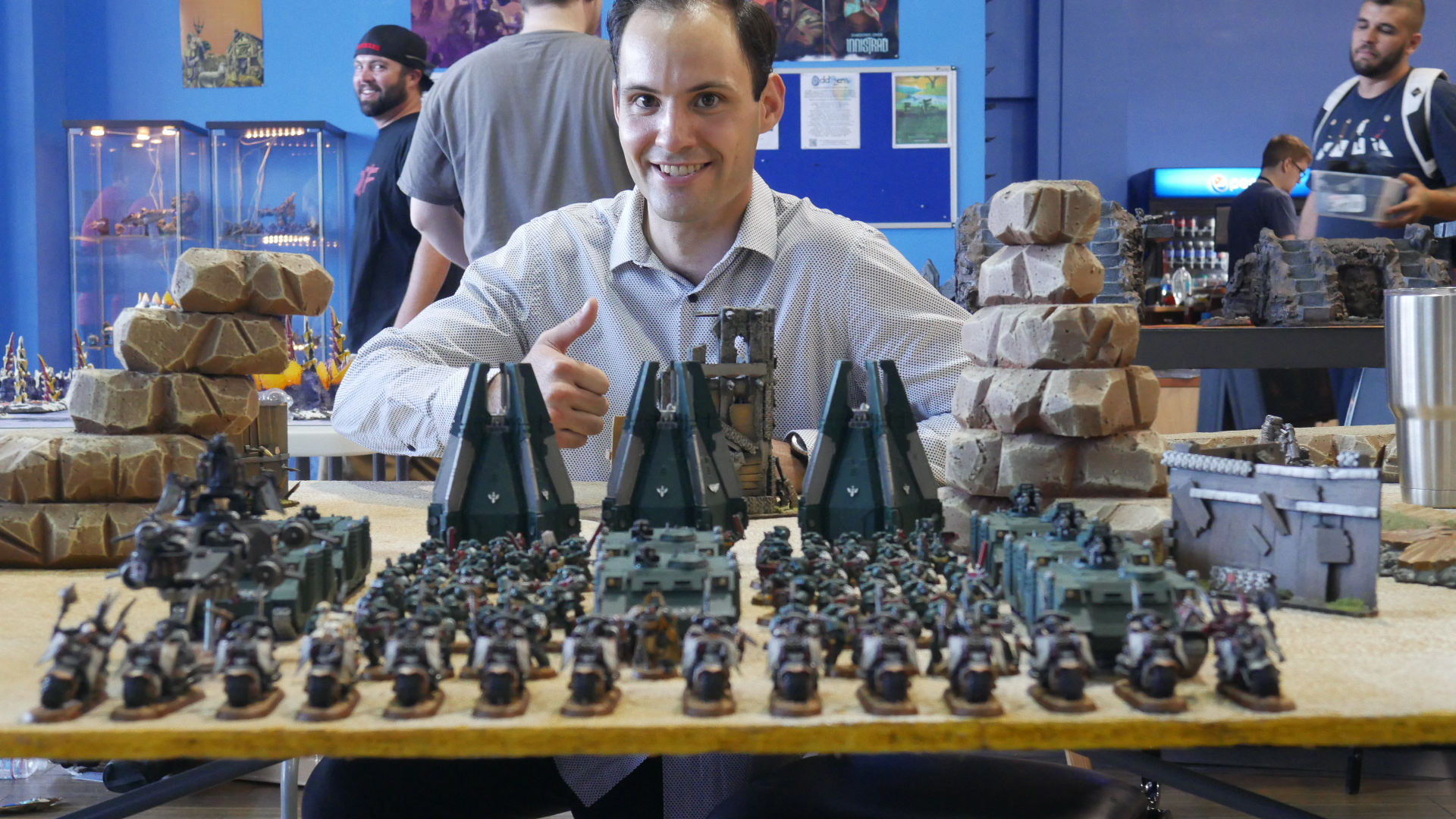 Here is your top 8, I will be posting up each list and a brief analysis up on the Frontlinegaming site periodically over the next few weeks. If there is any player in the 25 you would like to have me review please let me know in the comments down below! 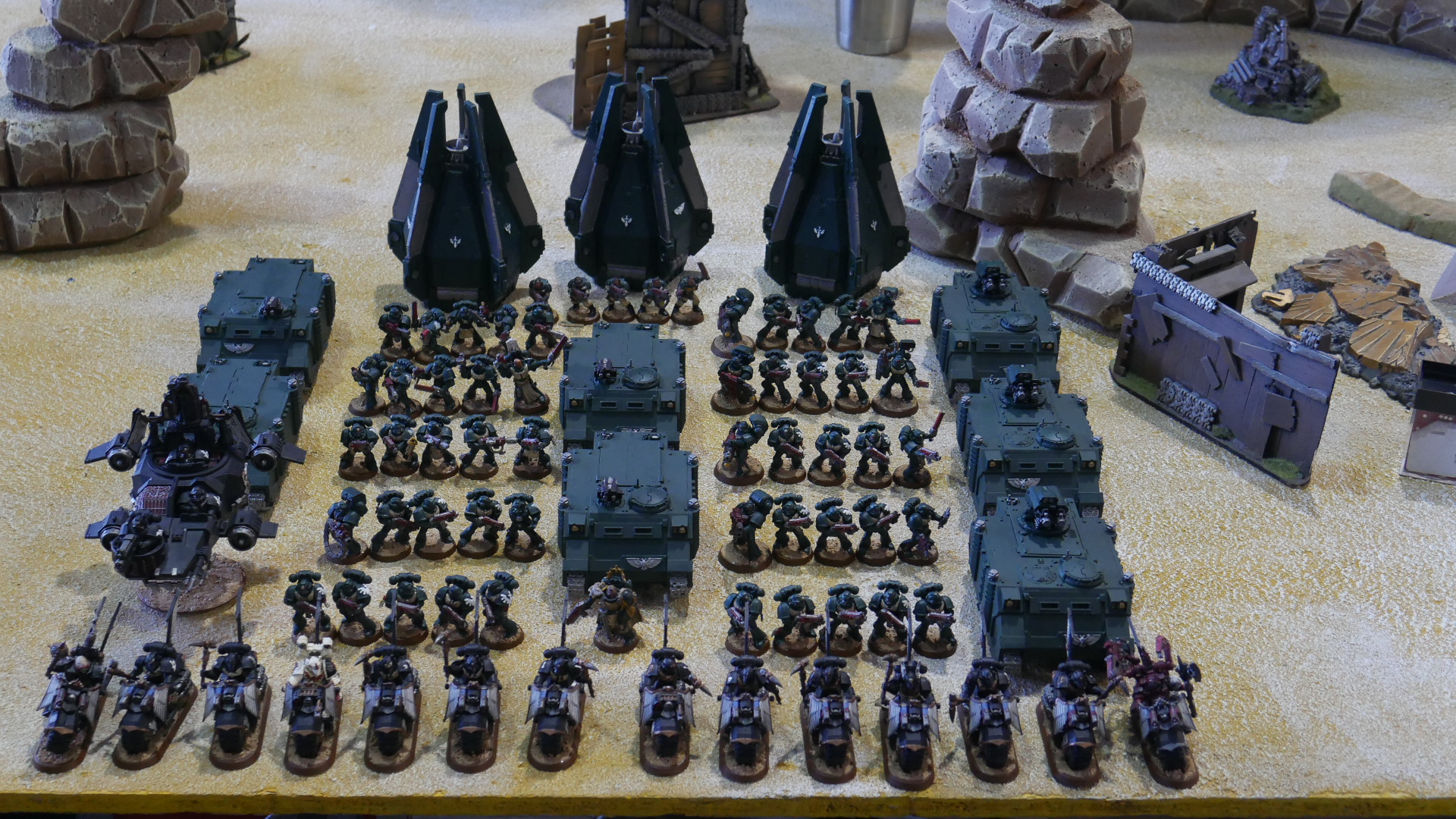 And the Winner is! ~Give it up for the champion!