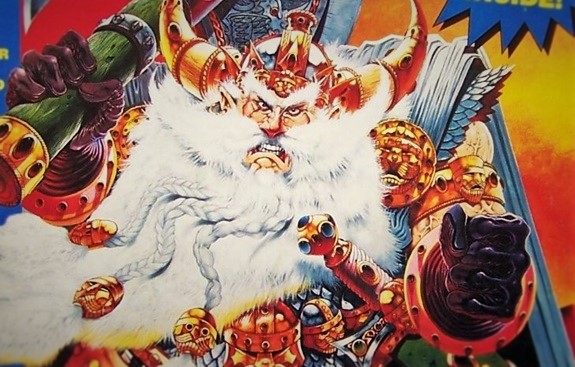 This weekend will be the final issue of White Dwarf Weekly before it moves over to it’s new monthly format. However, due to the nature of the new format, for the entire month of August 2016 there will be no White Dwarf. But Games Workshop want’s you to know it’s coming back bigger and better than ever. 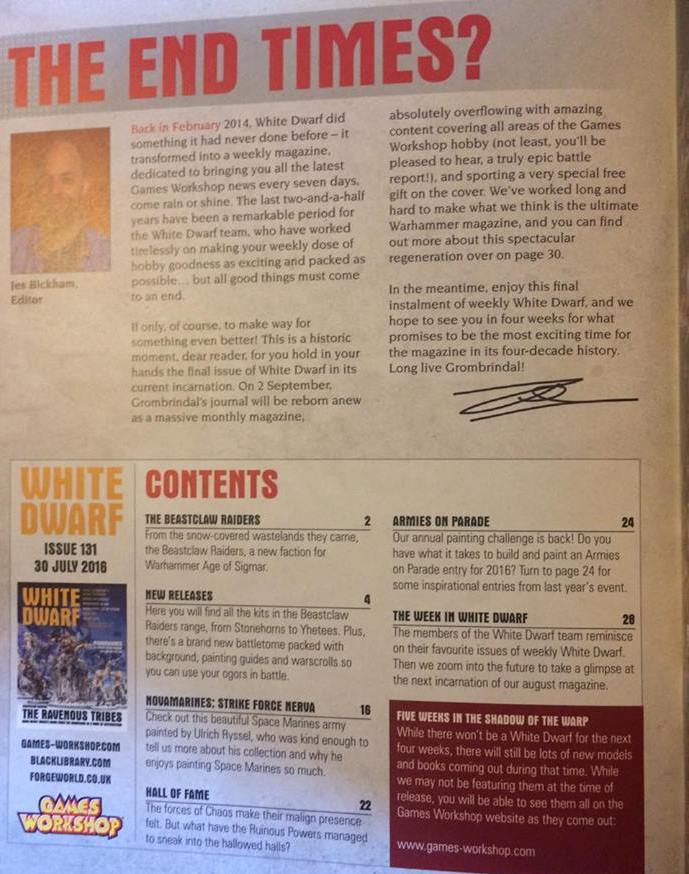 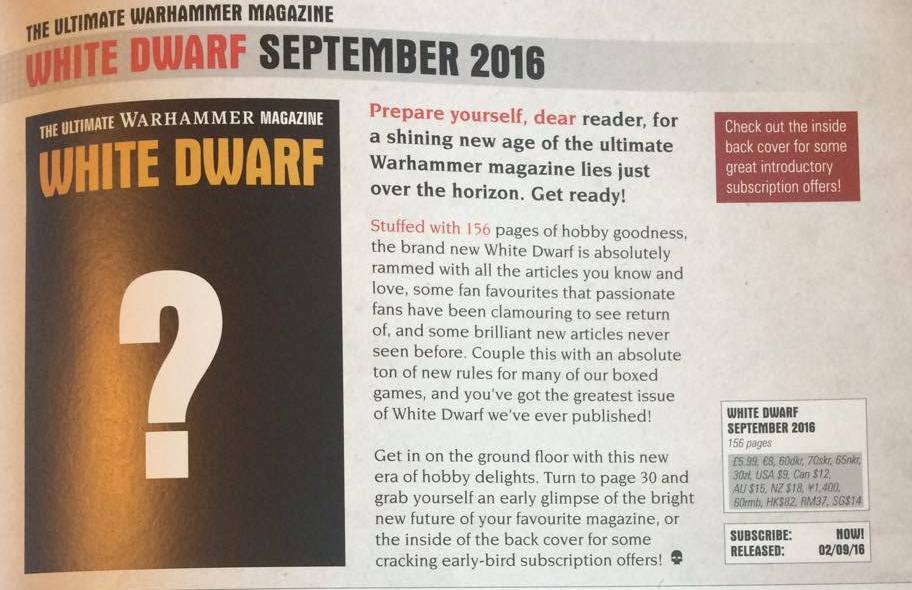 To go along with this announcement Games Workshop is also running a subscription special as well: 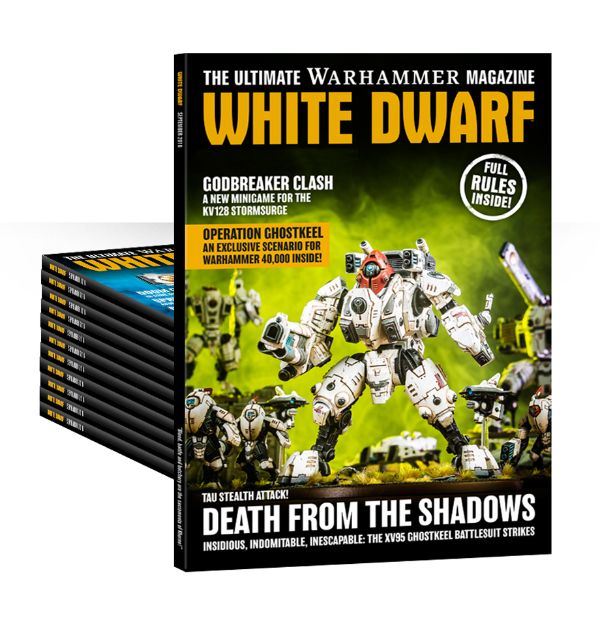 “It’s Back! White Dwarf is returning as a monthly magazine and it’s bigger and better than ever before!

Subscribe before 14 August and get an exclusive pre-launch price – and subscribers get their copies mailed early.

Please note, product image is for illustrative purposes only. Not actual cover of September 2016 issue.”

So if you get the subscription early, you not only get the discounted price of $80 a year (or $6.66 per issue) you also get your copies earlier. And since we have a pretty good idea that you’re getting a free model with your first copy it seems like a pretty solid deal to me!

And just because White Dwarf is entering a period of radio silence doesn’t mean the studio will be taking a break – Games Workshop’s weekly releases aren’t going away, just the timing on when we all find out about them.

Anyone else looking forward to the new monthly White Dwarf A4 Magazine 156 page format? Even at $9 an issue, that’s still not too shabby!