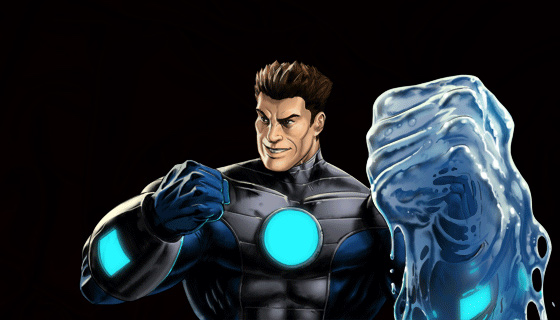 The Superior Foes of Spider-Man has a new member – and he’s a Rare Prime Clix! 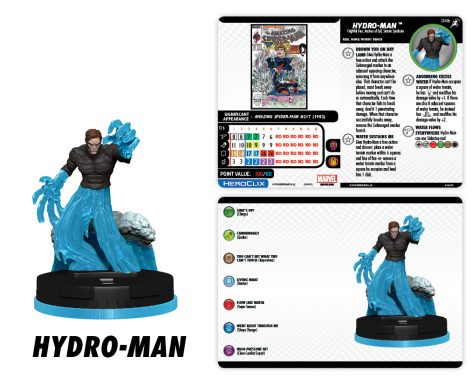 Hydro-Man is a Rare Prime HeroClix that can be added to your force by paying either 60 or 100 points.  By using his 60-point version, he starts the game on click 3.  Hydro-Man has the Frightful Four, Masters of Evil and Sinister Syndicate keywords as options if you wish to include him on a themed team.  Hydro-Man also has the Masters of Evil and Sinister Syndicate printed team abilities, meaning you can still take actions even when he already has two action tokens (but he’ll be dealt one unavoidable damage after the action resolves) and he can share his unmodified attack value with another teammate who also has the Sinister Syndicate team ability.  Hydro-Man has the standard attack, defense, and damage combat symbols, and the Swimmer speed symbol to ignore water terrain when he moves.  Hydro-Man is built for close attacks and has several standard powers including Charge, Quake, and Close Combat Expert, reflecting his combat style.