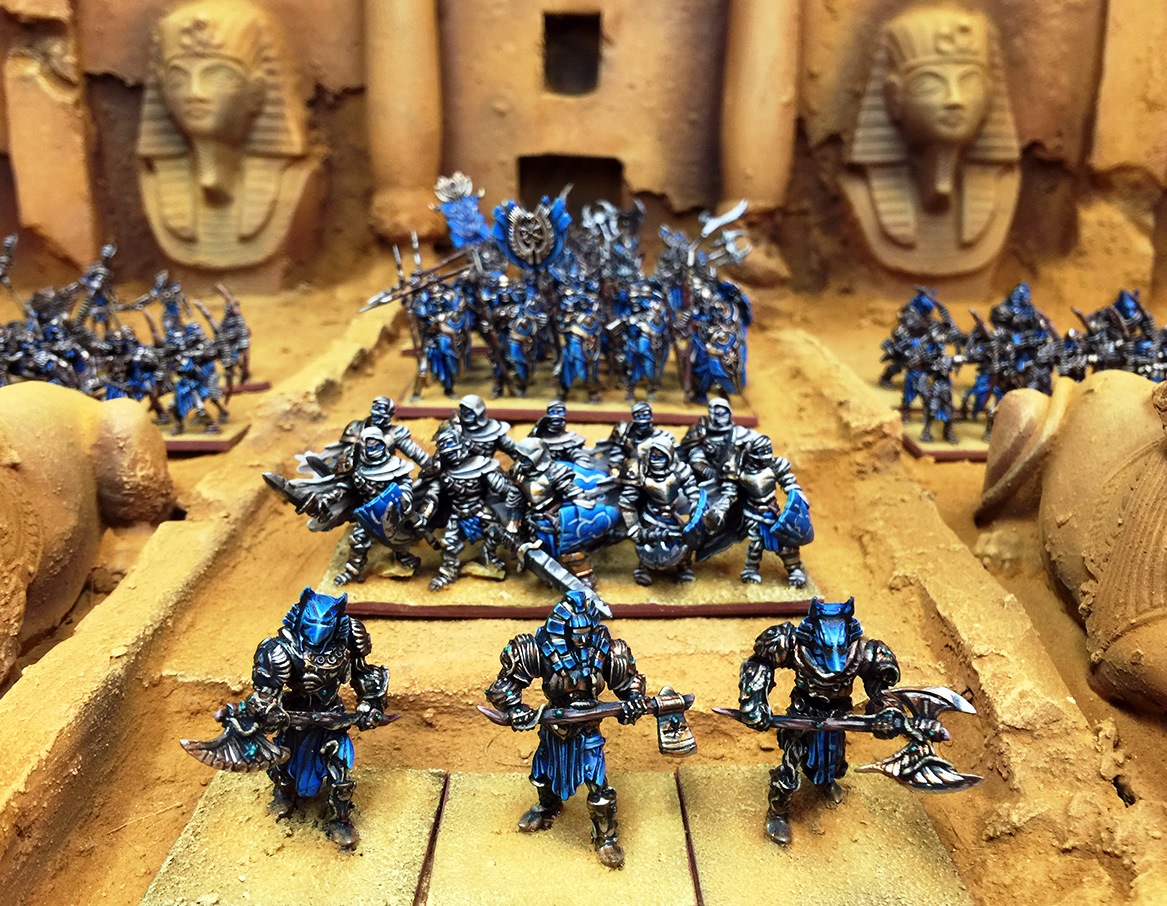 Want to command an army of the undead? This giant army bundle won’t break the bank!

It’s a great time to pick up a new army – and if you want a tough force that utilizes magic and a good deal of firepower you need to take a look at the newest addition to KOW: The Empire of Dust.

The Pharaoh Sautekh was once a powerful leader of the Ahmunites. He was cruel and quick to anger, often causing more harm to his allies than his enemies. Any subjects to pay even the smallest slight to him would be put to the sword, then raised up into his Undead legions. When the Ophidians left the crumbling Ahmunite Empire, Lord Sautekh’s Brother, the Pharaoh Amon, was among them. When he aided the Ophidians in their curse of the Ahmunites, Sautekh’s rage was incandescent. After this betrayal, he swore revenge on on every living being, especially his own kin. Now Sautekh’s host marches north to Ophidia, to end his brother’s line once and for all.

If you are looking to start an Empire of Dust force, then the Starter Army and Mega Army are ideal places to go. However, if you’re after something bigger, then look no further than Lord Sautekh’s Glorious Host. This massive web deal contains everything in the new Empire of Dust range – and then some!

This set contains 142 plastic and metal miniatures, including: Using everything in the box, you can build a mighty host of 1,840 points – not bad for a 2,000 point tournament. You can fill out the extra 160 points with some magic items and spells, or even just grab an extra hero or swarm regiment. Not only this – it’s a balanced army. Slow but resilient, as only Undead can be. 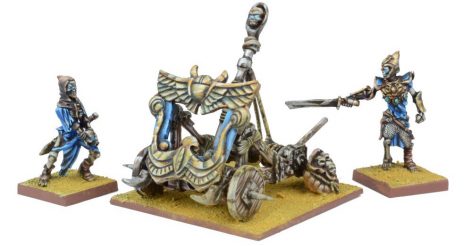 Two Regiments of Skeleton Archers and three Balefire Catapults give a good amount of firepower. At least one catapult will hit per turn, which will do a significant amount of damage, while the archers will continually weaken enemies through attrition with their shooting. All of this will be backed up by the powers of the Cursed High Priest and the Enslaved Guardians‘ Windblast.

The core of the battleline will be a horde of Skeleton Spearmen with a Casket of the Damned. This one-use item is unique to the Ahmunites and allows you to add five extra dice to a Surge spell cast on this unit, once per game. With a horde, this can add a vital boost of speed to get them into position when you need them. The flanks of the horde will be protected by heavy hitters like the Enslaved Guardians and Revenants with two-handed weapons. Add two troops of super resilient Mummies and you have a slow moving, but strong line that can march endlessly forwards. No army would be complete without its heroes and this set comes with enough to build one each of the new models – or two of any type! Its weakness, as already stated, is speed. The Ahmunite Pharaoh and Cursed High Priest will be there to counteract this – both have really strong Surge spells of eight and ten dice, respectively. The key will be planning and using these at the right moment to get into the right positions for charges or capturing objectives. You’ll have be more careful with movement than normal as it will be limited. The Revenant Champion and Army Standard Bearer will be used to bolster the main line with their Inspiring, or operate with units in small groups to range ahead of the main force. Give them some magic items to encourage their support role – such as a Healing Charm or the Boomstick.

Fancy starting an army for the Clash of Kings? Lord Sautekh’s Glorious Host is available to pre-order now!

At £149.99 this box is a heck of a deal. It provides an easy, no hassle way to get into KOW, and allows you to build a number of powerful lists.

Are you starting an Empire of Dust force?