Yo Dawg Kenny and Rob here coming at you in a new style guerrilla 40k battle report straight from Hollywood, CA! 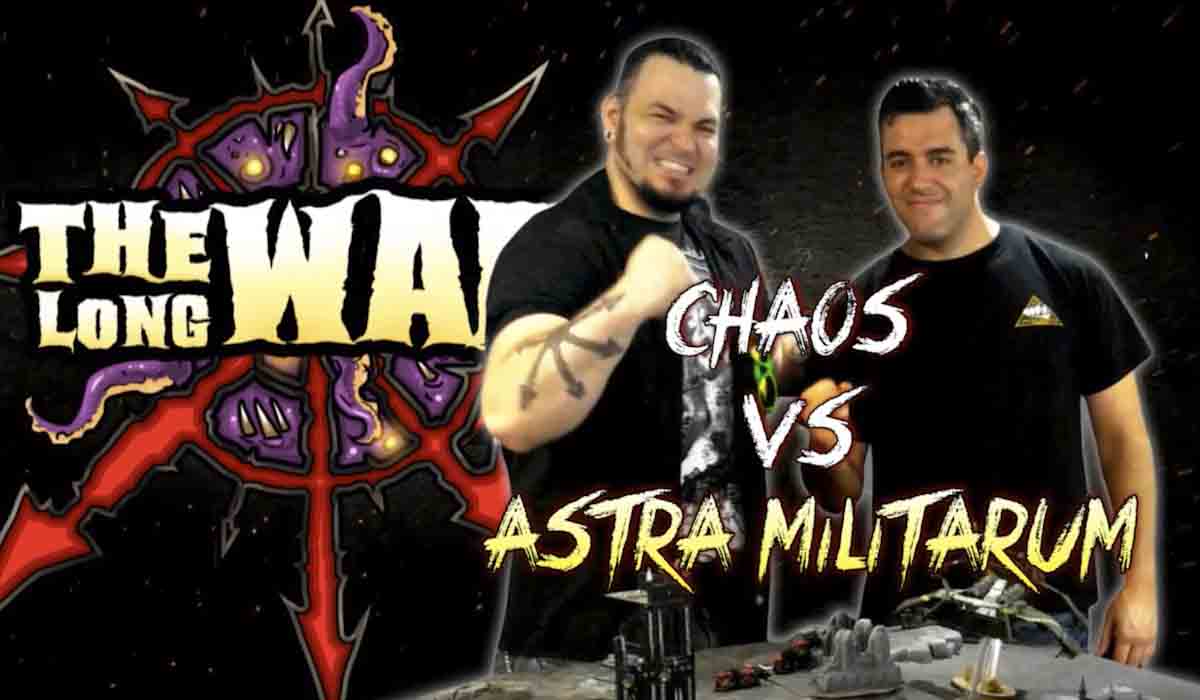 Rob: This is going to be an interesting match up because the can’t just set up directly across from you, those Hounds will pounce on you with those scout moves and those mauler fiends will get in you quick if you sleep on them.

Kenny: He totally castled up on me; he’s got a big blob squad with psychotroke grenades, a priest, and the conclave. It was a totally different world for me after that. 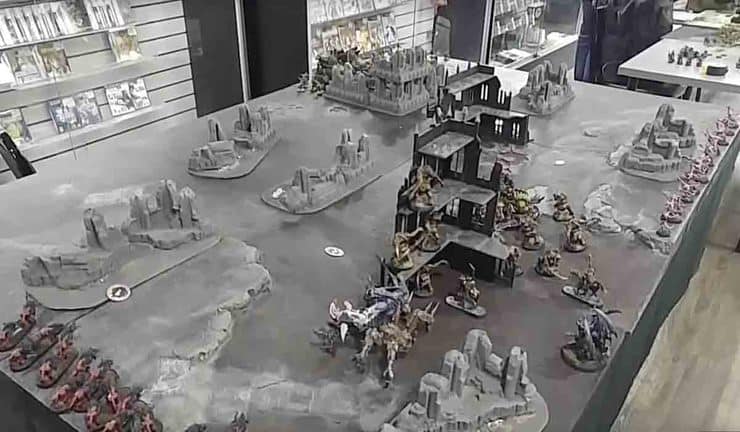 R: I really like how you spread out those Pink Horrors because you knew he was going to after them with his Wyverns.

K: The Hounds jump up, get into his deployment zone and my soul grinders are looking at objective two. As long as I can keep them, my sorcerer, and the hounds, which I’m out of range of from his guns, I can get two maelstrom points. 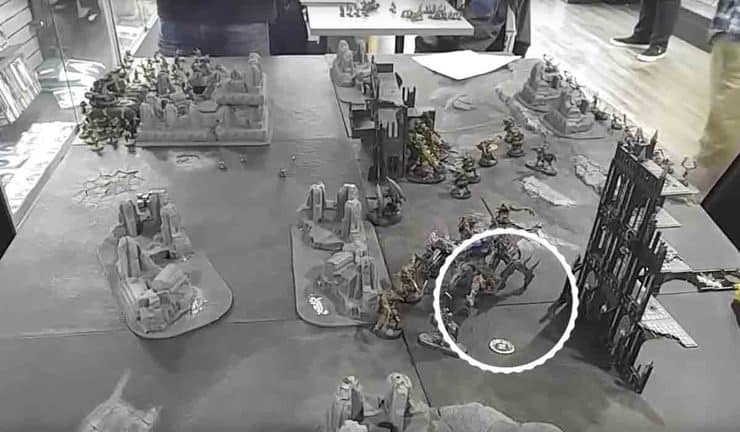 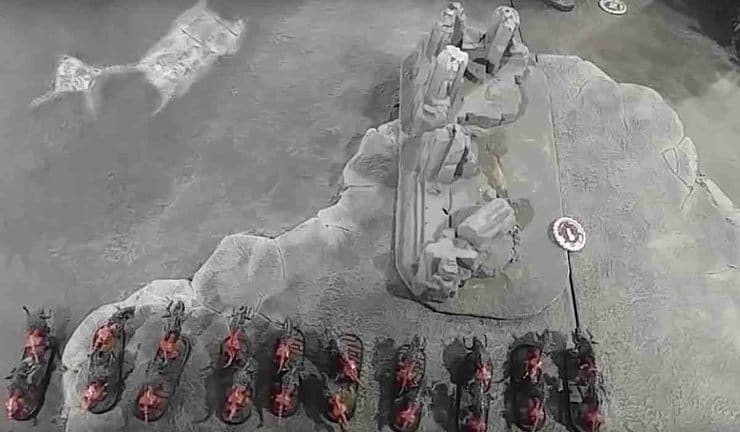 R: It looks like he’s boxed in the corner but he’s got plenty of range with the Wyverns and his blob squad can run out there and take the middle if he really wants too. 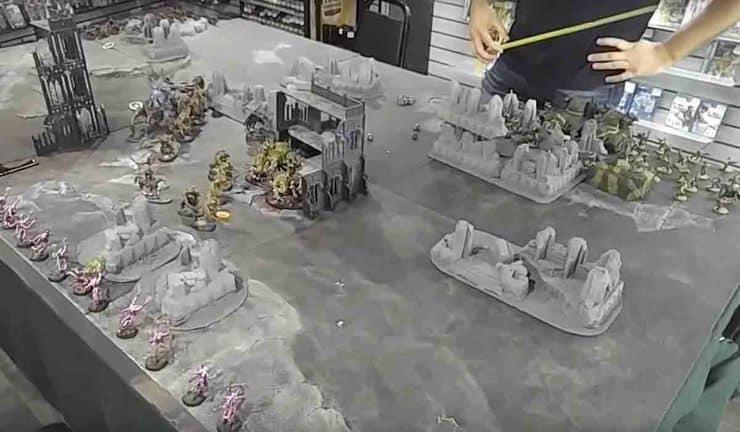 K: He’s playing this smart, he killed my herald, so I had the paradox queued for autopasses but I lost it so I wasn’t getting any more units. I get my maulerfinds out and into his Chimera, the Culuxes assassin was inside and I couldn’t him let take control of the psychic phase. 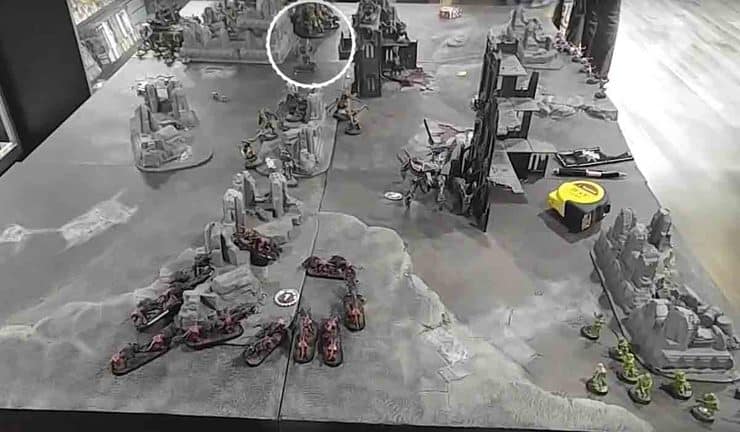 K: Yeah, then his Elysian Drop troops come in and make short work of my of my Soul Grinder and my Maulerfiends. 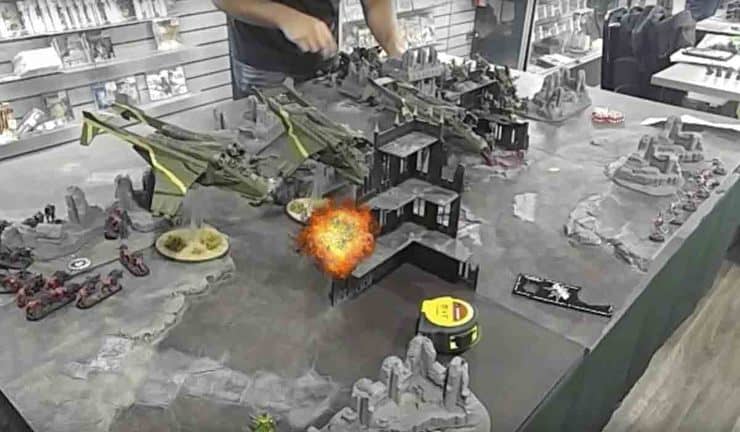 R: I would have almost put two squads on one guy, but I guess he split the difference.

K: Yeah, he basically had a plan and perfectly executed it. Be’lakor took out some drop troops and I gave him a heads up that he has to jink so those Wyverns will tear him up, which they did. He’s making his plays, he’s moving up his blob squad but he keeps getting bogged down by this big piece of terrain. He thought I would have charged him by now but I’m not trying to charge a unit that’s going to go 3D6 hit and run. Because they keep rolling badly on his difficult terrain tests he’s effectively shut down his own psychic phase.

He landed the vendetta to pound me with the templates, I immediately pounced on it because it also had his platoon command squad which was objective secured and took out the unit. He then was able to get out and attack the spawn. 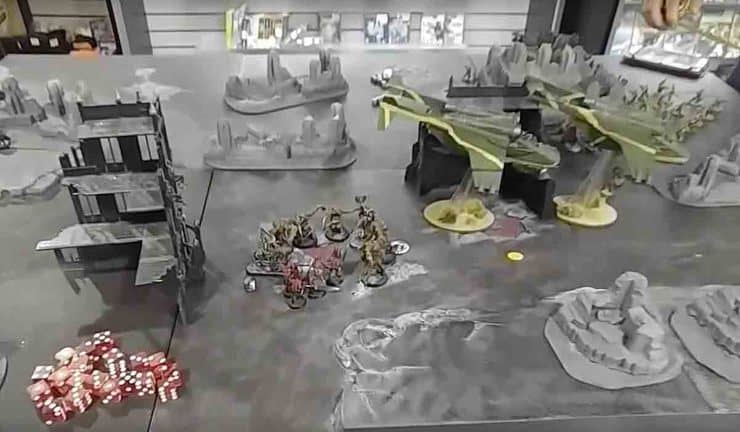 R: A lot of people underestimate the resiliency of that squad.

K: Then in his phase his blob squad jumped out of the combat and moves towards the center of the table. By now I’m running away with the progressive points but there’s nothing I can do to stop the 35 objective secure guys. 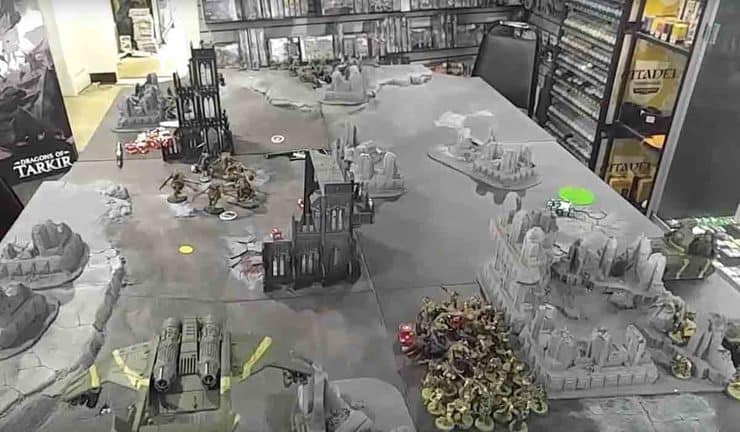 R: And you can’t summon either but you do have speed bumps and sometimes time is priceless in this game.

K: As of right now, the end of turn 5, I’ve won the game, but the game goes on with a 6. My biggest concern is will my warlord stay alive because if he dies the game is over. 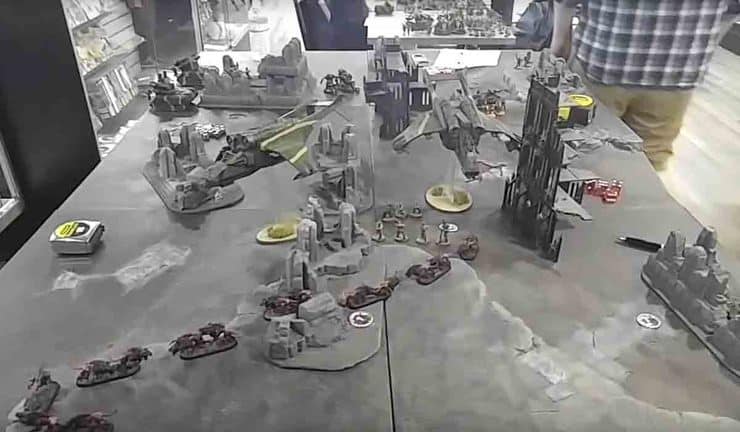 R: It definitely looks like it’s going to be coming down to the tertiary’s.

K: Meanwhile, he’s moving his troops up, he’s playing the game, working the board, hoping for turn 7. Which of course, it goes to turn 7. He’s got one more turn to get force and kill my toughness 8 warlord and wipe out my dogs from getting linebreaker. He’s got wyverns in range now. I failed to clutch roll endurance so if he kills these 5 hounds he can win the game. Or he can win the game by killing my warlod. So it basically comes down to weather or not I can roll 5+ saves.

R: So you won the game because you roll five up all day.

K: Well, I do roll 5up saves all day but it ends in a draw. The warlord had Iron up, Toughness 8 is the best defense against a lot of attacks from characters with the same weapon skill as you. Plus, he kept sending me characters so I was getting boons left and right.

R: I think if he had the points to spend into force axes that might have worked better for him.

K: He did kit them out like that but Strength 5 just doesn’t match up with toughness 8.

R: Wow, that’s true. Well, you did great either way, you hung in there for 7 turns.

For the full scoop, check out the video! 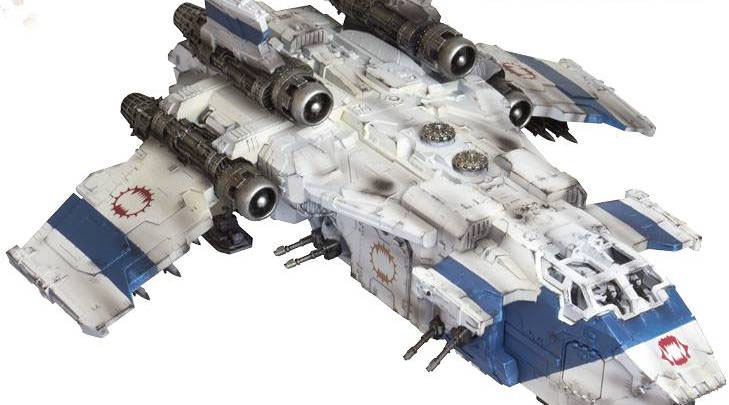