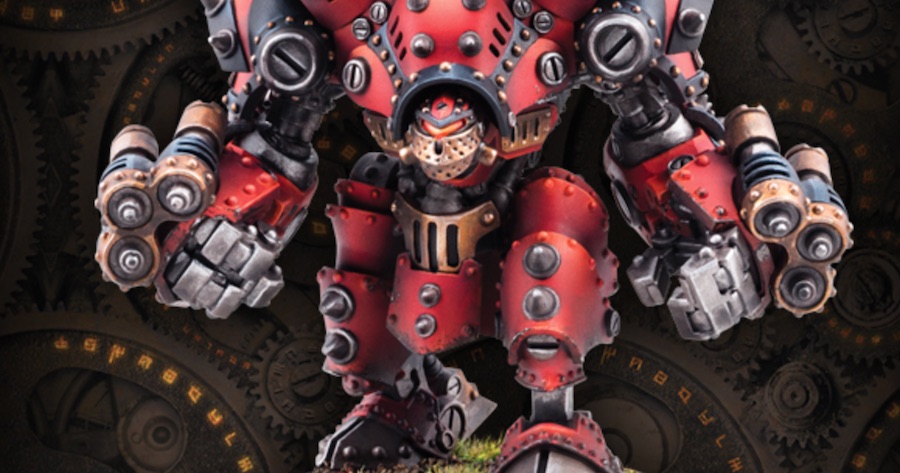 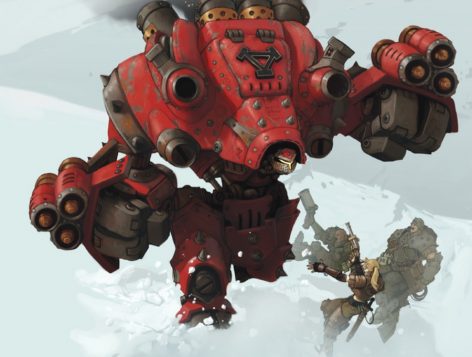 Khador’s ultimate warjack gets a new look and resin parts… check it out!

The incredible effort and determination put into this unique machine make it the mechanikal embodiment of Khador: immense, fantastically powerful, unyielding, awe inspiring, and nearly indestructible.

Hailed as the ultimate Khadoran warjack, the Behemoth exemplifies the best qualities of Khadoran design: extremely heavy armour, a devastating array of weaponry, and immense strength. The Mechaniks Assembly created a complex system of internal shielding and mechanikal redundancy that when combined with its thick plates allows the Behemoth to absorb damage that would reduce a lesser warjack to scrap. Shaped blasting charges positioned above each massive fist allow the ‘jack to blow apart armoured opponents and literally disintegrate softer targets. Each shoulder houses an integral bombard masterfully slaved to a sub-cortex, devoted to firing the guns independently of the Behemoth’s other systems, giving the machine total control over its fire. Beyond these weapons, the Behemoth’s raw strength allows it to toss even the heaviest ‘jacks aside like playthings. – The Immoren Wiki SPECIAL NOTE: The model in this box represents the same figure as PIP 33036 in the game; however, the model in PIP 33121 is a new sculpt and therefore looks different from the model found in PIP 33036. In addition, this model is metal and resin. The replaced model is no longer be available from Privateer Press.

What do you think of the new scuplt?