FFG has pulled the covers off of The Corellian Conflict Campaign Expansion – come see the lastest for Armada!

Fantasy Flight Games has announced a brand new way to play Star Wars: Armada with The Corellian Conflict Campaign Expansion. We spotted this one late last week, but now we’ve got the full story from FFG. Not only will this allow you to play games with 2-6 players in a campaign format, but you’ll also be able to use the cards within for official tournament play as well! Check this out: 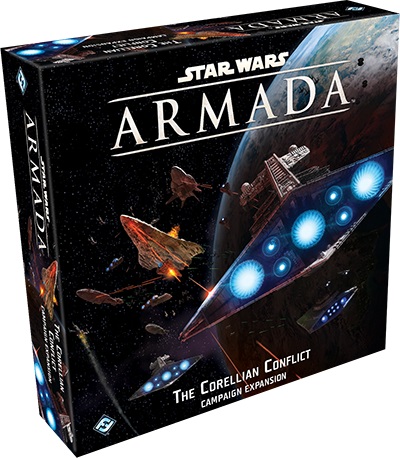 Join your friends in open warfare to decide the fate the Corellian Sector! The Corellian Conflict campaign expansion for Star Wars™: Armada allows you and up to five of your friends to wage an epic campaign spanning multiple fleet battles. Take sides with the Galactic Empire or the Rebel Alliance, then vie for key hyperlane routes, seize vital shipyards, and establish new bases. Victory depends on your team’s ability to control vital worlds while crushing your foes in battle!

The Corellian Conflict also introduces twelve objectives that expand upon the challenges presented by the objectives in the Core Set. Finally, as you pursue these new paths to victory, you can consider the strategic advantages offered by sixteen unique squadron cards, all of which allow you to field legendary pilots and squadrons of the Galactic Civil War in combat! 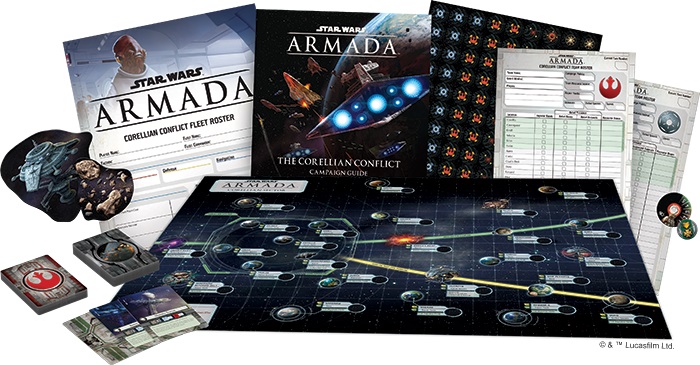 This campaign is designed for those who want their games to have lasting effects. We’re talking about teams of Imperials and Rebels planning coordinated attacks and defenses of key systems and resources. Hyperspace lanes that are up for grabs. Ships take lasting damage and must be repaired via valuable materials. You may even be able to add new ships to your fleets as well! And if your ships happen to survive and thrive in combat they might just become veterans with bonuses to future combats.

There are 25 different battlegrounds to fight over – some contain repair yards and some contain unique bonuses for your fleets. These strategic assets should not be understated because they can be the difference between victory and defeat. It’s going to be up to the cunning Admiral to know when to attack that enemy base or when to fade-away into empty space only to re-appear later.

It might sound like this campaign could drag on, but it does have a fixed ending point based on the number of players. When one faction reaches a set number of campaign points their team can claim ultimate victory in the Corellian Sector!

Not Just For Campaign Fans

“That all sounds great AdamHarry, but I’m really more of a Tournament Player – what’s this got to do with me?” Glad you asked! This Expansion also comes with a ton of new options for your games. All 12 new objectives and 16 new squadron cards are 100% legal for FFG events! Even if you’re not a major tournament player, these new cards are a fantastic way to add some spice to your games! 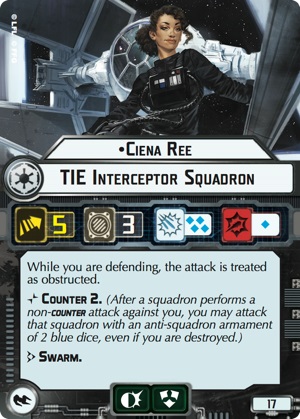 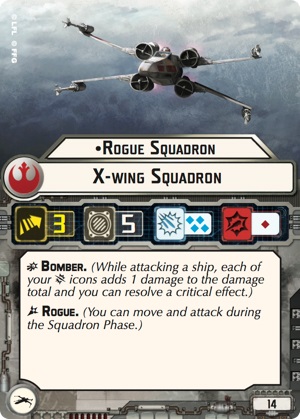 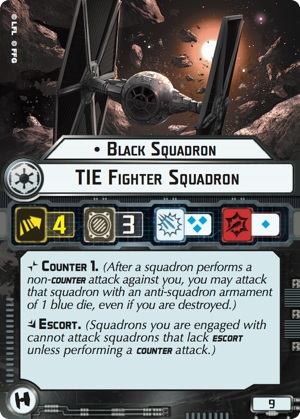 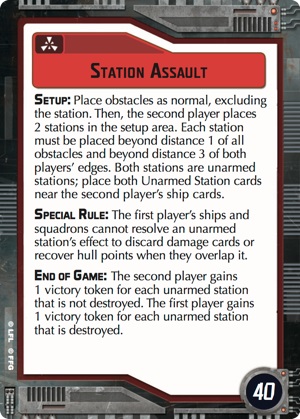 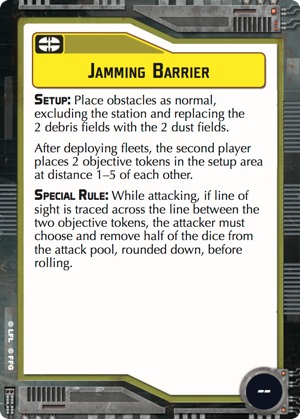 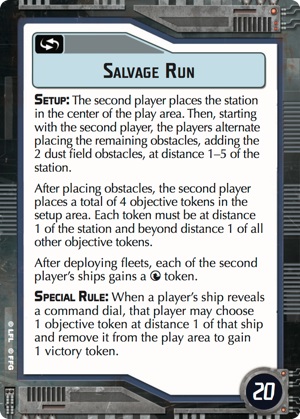 The Expansion is designed to come out in the fourth quarter of 2016 and I’m pretty excited. This is a great way to expand the game beyond just adding new ships. It’s a cool way to play with friends as it opens up the game sizes as well as the scale of the conflict!

I love campaigns, especially ones with a bit more record keeping. They prevent things like crazy lists from completely dominating forever. For example if your opponent’s fleet is a one-trick pony and counts on a very specific lynch-pin unit or capital ship why not assassinate it one game! Sure it may cost you the win for that game, but if they can’t rely on it for the rest of the campaign, it might just be worth it. Just be sure you’ll be able to recover or it won’t be worth the trade…

I am also really optimistic about the possibility this opens up for future expansions, not just for Armada, but also for X-Wing. The idea of expansion packs that have set cards/missions/upgrades that use your current ships and are 100% tournament legal is pretty brilliant – especially if these expansions are reasonably priced. There are some fan-made (and awesome) campaign rules for X-Wing already. However, they don’t have tournament legal upgrades and unique pilots or squadrons. Now the door is wide open for those type of sets and I’m excited for the possibilities!

There is a new hope for Star Wars: Armada Fans out there – The Corellian Conflict!