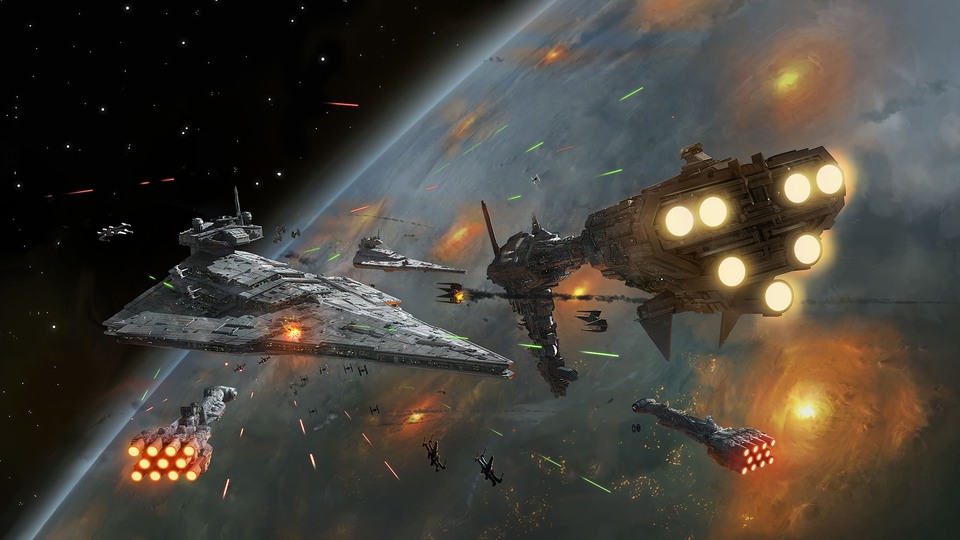 A new expansion is coming to Star Wars Armada, shown off over the last week at two major conventions.

This last weekend at Star Wars Celebration Europe some very interesting news was dropped. While most of it dealt with Rebels, Rogue One and the rest of the new movies, one very intriguing piece unveiled a new expansion coming for Armada. Called the Corellian Conflict the expansion is supposed to be released later this year and is sure to shake up the game. So far however FFG has not put out an official article about it and we have only one photo from the Star Wars event to go by. 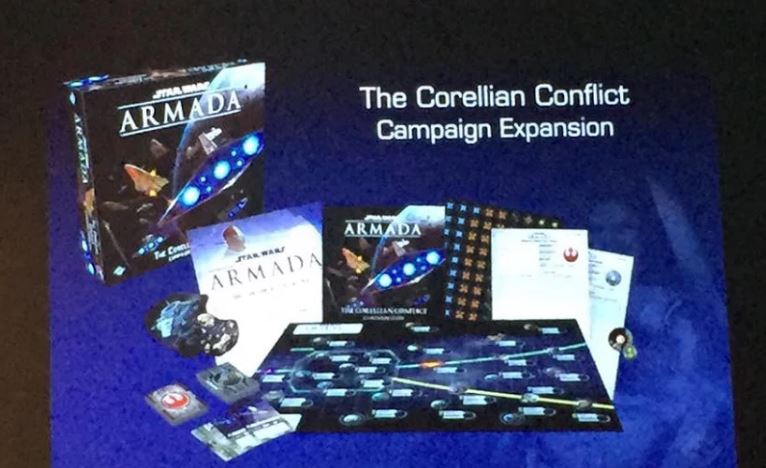 What is the Corellian Conflict?

Though there is pretty much no official information out a number of attendees from Celebration have posted what they heard up over at the FFG Forums.  The gist of it is that the expansion features a 2-6 player “co-operative campaign.” In this case it seems to mean that the campaign is fought out between a Rebel and Imperial team each with 1-3 players.

Other rumors state the we will get new unique squadrons to field as well as possibly new titles for existing ships. We are also said to see this arrival of Ciena Ree as a fieldable card. 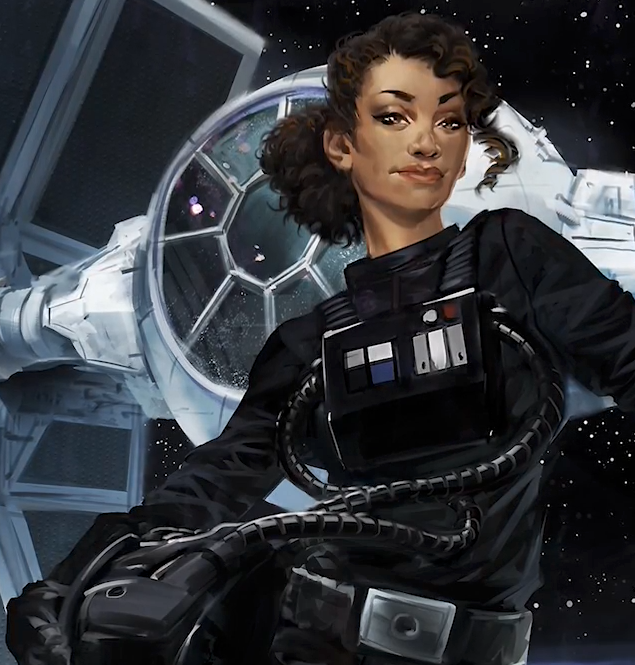 Imperial hair regulations are much looser than I would have thought

For those who don’t know Ree is an Imperial officer who starred in the recent book Lost Stars by Claudia Gray. She has become a bit of a fan favorite and her coming to Armada would be a great move, which might signal the arrival of more characters from the new books.

Judging from the picture it seems that in addition to some card featuring Ree we will also get a nice game board, tons of tokens (of course), some new obstacles and more squadron and possible ships cards, all in all a great pack of stuff. 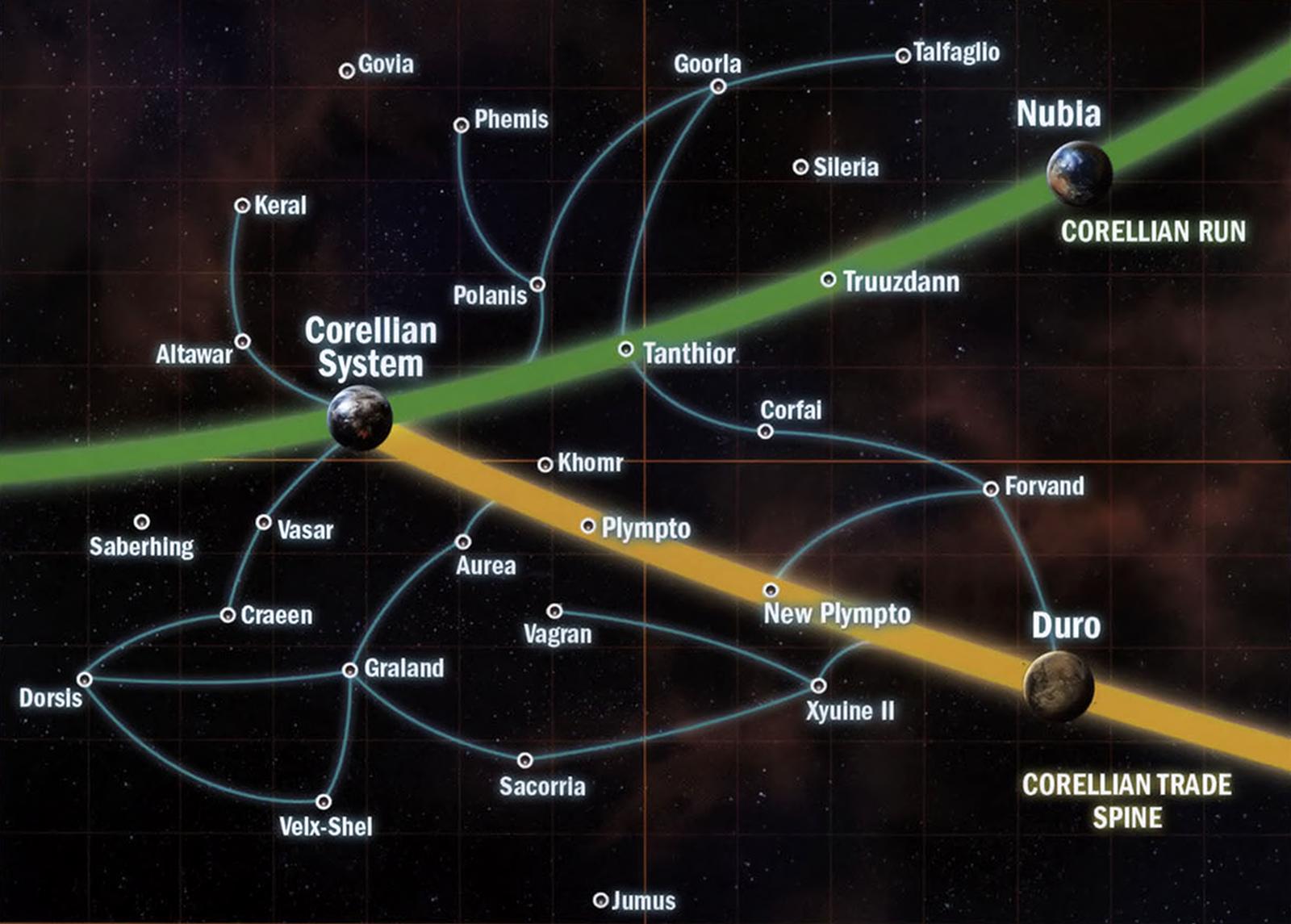 Corellia has long been a centre of trade

A new picture doing the rounds claims to be the back of the box taken at San Diego Comic Con. 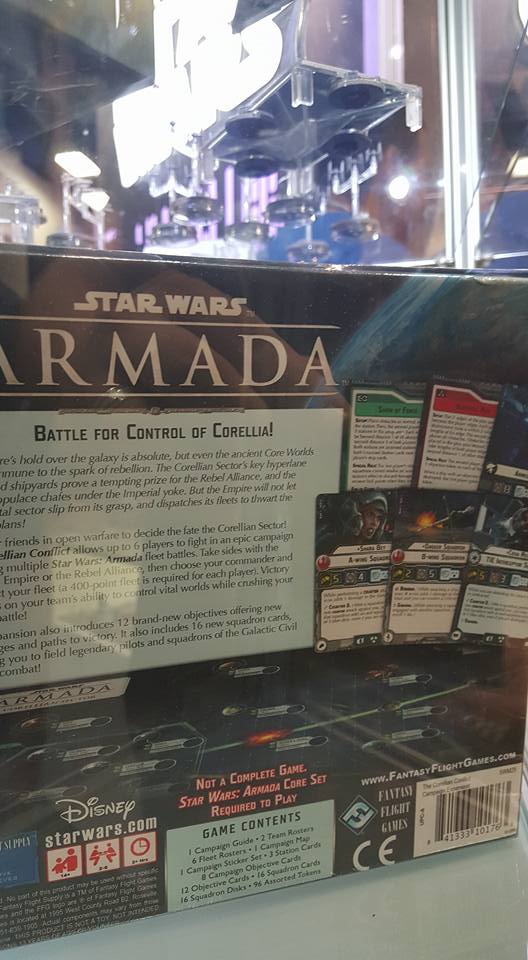 Looks like this confirms 12 new objectives and a whopping 16 new squadron cards. The new objectives promise to double the current number of missions and judging by the green colored one I can see will also introduce a new objective type into the game. Does this mean every player will have to own this set to make a list for competitive play or is the green mission only for the Campaign? In addition Station cards sounds interesting, but it doesn’t look like any new titles or other upgrades which is a little sad.

What Does This Mean for the Game?

Personally I couldn’t be more excited by this move on FFG’s part.  For one, campaigns are a great way to add scale and scope to your casual play. The idea of having massive 2000+ point battles really seems to put the Armada in Star Wars Armada. I’m sure a robust game system can add hours and hours of great play time.

However the Corellian Conflict promises much more than just that. The addition of new squadrons cards, and most importantly new missions and objectives that will be allowed in competitive play is huge. This is one of the greatest ways FFG can open up the game more without having to wait on the release of new models, it’s a move I’ve been hoping for since day one. The combination of a new way to play the game and new options for competitive play will no doubt make the expansion attractive to most players. While we still don’t know much, what we do know has me very very excited for the games future.

That’s all for today folks! What aspect of the new expansion has you most excited and what else do you hope it includes? Let us now down in the comments.

Author: Abe Apfel
Abe is that rare thing, an Austin local born and raised here. Though he keeps on moving around, DC, Japan, ETC., he always seems to find his way back eventually. Abe has decades of experience with a wide range of tabletop and RPG games, from historicals, to Star Wars to D&D and 40K. He has been contributing to BOLS since almost the start, back when he worked at and then owned a local gaming store. He used to be big into the competitive Warhammer tournament scene but age has mellowed him and he now appreciates a good casual match. He currently covers 40K tactics and lore, as well as all things Star Wars, with occasional dabbling in other topics. Abe remains in mourning over the loss of WFB to this day.
Advertisement
FFG - Fantasy Flight Games Star Wars Star Wars Armada Tabletop News
Advertisement