This week FFG fully revealed the Liberty expansion pack rules and everything you knew about Armada is going to change.

As part of their lead up to the Fleet Commander Contest FFG has given us a full preview of the new Liberty Class MC80 for Armada and I just say: Guys. Gals. Guys and Gals. Wow. This ship is a legit. Not only is it legit, but it represents a major shift, perhaps the largest we’ve yet seen, in how commanders are going to play Armada. Pretty much all throughout waves I-III the two factions have had distinctive styles of play. Imperials are hard hitting, front firing ships that are going to go for more direct confrontations. Rebels are a little more fragile, they relied on broadside attacks and maneuverability. Sure the MC80 (Home One Class) gave them a tough ship that had a better chance of going toe to toe with the Imperials, but it also doubled down on the broadside attacks. The one standout was of course the Nebulon-B, the only ship to favor forward attacks, but it stood out as an odd duck in the Rebel fleet, and it’s relative fragility mostly regulated it to a carrier rather than battleship role. Now Wave IV is changing that up. 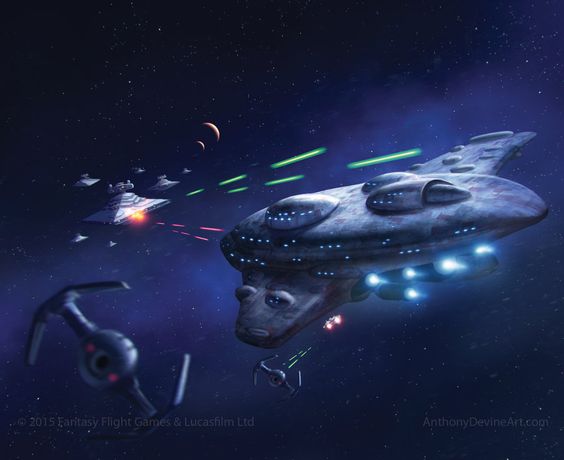 Two can play at this game

Now I don’t want to discount the Interdictor, which we talked about yesterday, as this ship brings a lot to the table. But at the end of the day, while the Interdictor has a lot of tricks, it doesn’t fundamentally change how the Imperial Fleet runs, mostly it just lets them do what they where doing even better. The Liberty on the other hand dramatically changes how the Rebel fleet plays. This is because the Liberty is a ship that focuses on forward attacks, and one that is tough enough to give just about any other ship a run for it’s money. Because it can fly at the enemy rather than by them it allows for a whole new type of fleet. 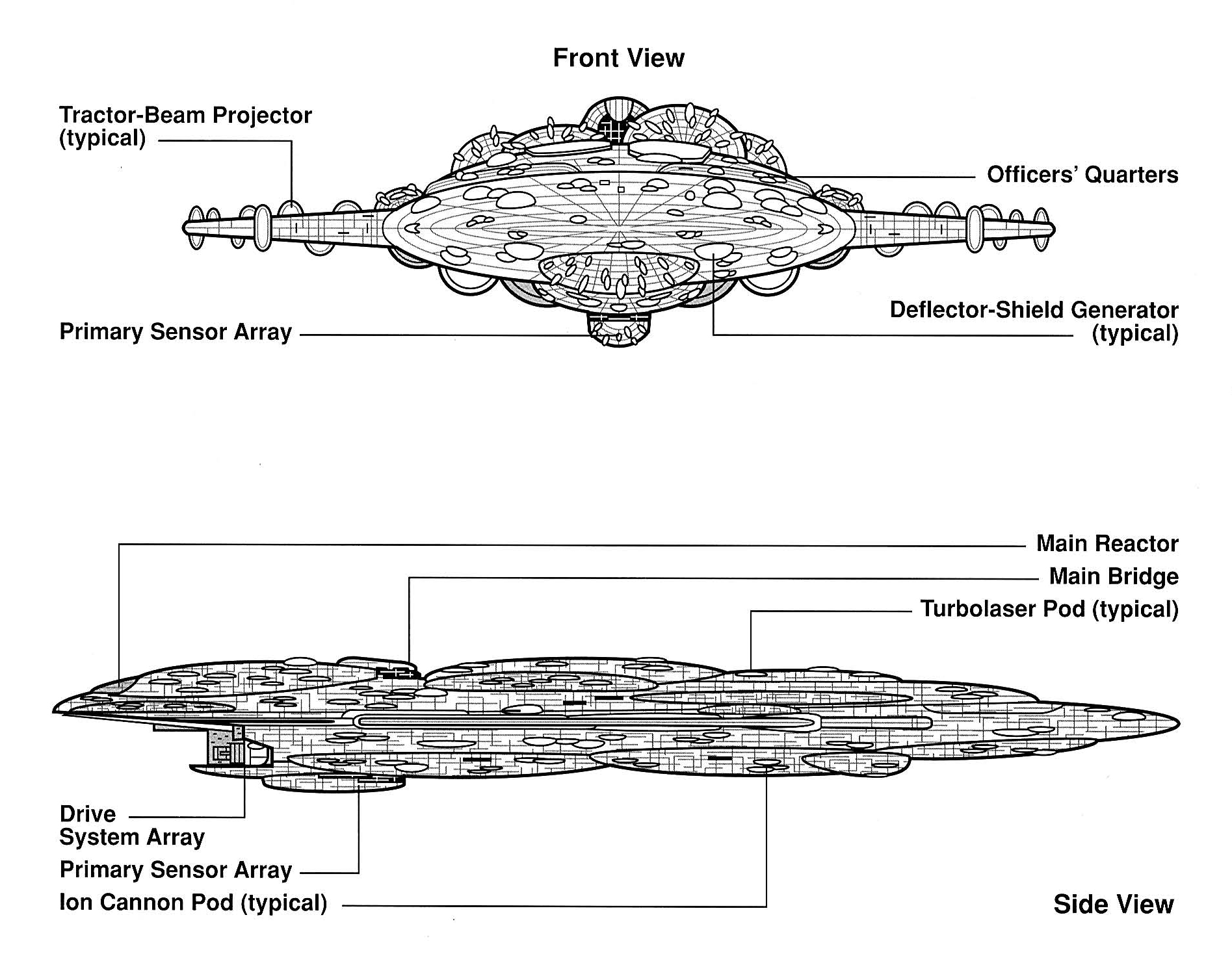 Fluff wise the Liberty, which gives it’s name to the whole Liberty Class MC80 line, was a winged variant of the more classic Home One Class of MC80s. The Liberty Class traded hanger space and some of its broadside weapons for heavy frontal battery. The Liberty herself is best known  for being the first ship destroyed at the battle of Endor in Return of the Jedi. Despite it’s destruction in the Original Trilogy the ship lived on through it’s appearances in a number of the X-Wing and Rouge Squadron videos games. With this expansion pack FFG has done a great job of represented the Liberty’s role in the Star Wars Universe. 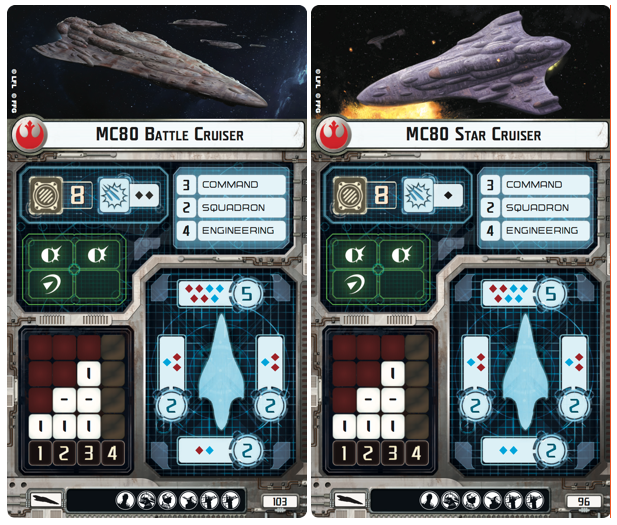 Like all ships in Armada the Liberty comes with two variants, the Battle Cruiser and the Star Cruiser. The Star Cruiser is a little cheaper, at 96 pts, whereas the Battle Cruiser for an additional 7 points adds a black anti-squadron dice and a blue dice to red in its front and back arcs. Aside from that the variations are identical. But man, look at these ships. At seven dice it’s got the second most powerful single arc attack in the game, and that arc is backed up with the most powerful shields we’ve yet seen. Double braces is also amazing, making this ship pretty durable, though its lack of a defensive retrofit slot is a downer. The upgrade slots it does get are, however, some of the best. In particular it’s the only ship other than the Gladiator that gets both weapons and support teams, and it also gets an unprecedented two turbolaser slots. Oh yeah, it’s also speed three, which means with Engine Techs it will be the first large or medium ship that can go at speed 4.This awesome pack also comes with some great titles. 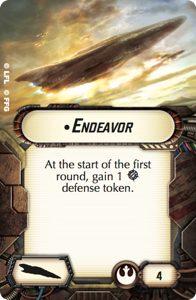 I guess it does kind of look like a space shuttle

Endeavor is a relatively cheap title that provides a nice little contain token. Now while I’ve not been the biggest fan of contain, it is a nice token to have when the shields go down, and without being able to take defencive retrofits this is one of the few ways to make your ship more survivable. 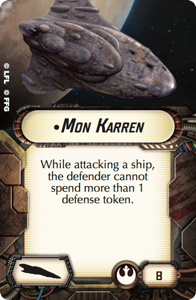 French for My Karren.

My personal favorite of the three titles Mon Karren improves the ships offensive capabilities and helps alleviate the need for accuracy tokens. While a bit pricy it does counter the old brace and redirect move and allows the ship to focus on damage output. 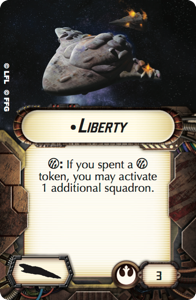 While the other titles improve the MC80s performance on its own the classic Liberty title helps it fit into a fleet in unique ways. With a squadron of only two the MC80 Liberty should have better things to do than giving squadron commands, however by getting free tokens from other ships, using Liea or the new Comms Net for example, the Liberty can in essence get free squadron commands and give them in the heart of the battle. One could also combo the title with someone like Raymus Antilles and effectively make the Liberty a squadron 4 ship. 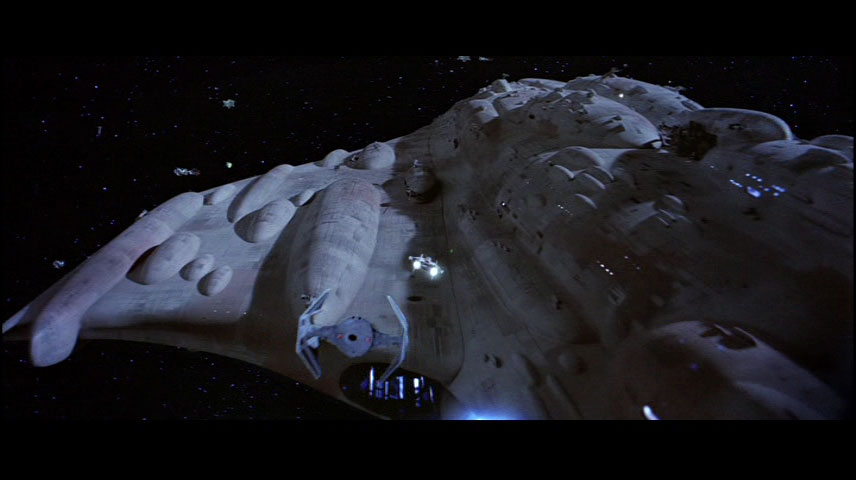 They’re all over us!

The Liberty adds some much needed needed flexibility to Rebel fleet tactics. It’s amazing group of upgrade cards are going to be a huge boon for both Imperial and Rebel players while it’s large dose of forward firepower is going to shake up the meta for some time to come. Join us next time for a look at the rest of the cards in the Liberty Pack and some of the tactics to use them with. 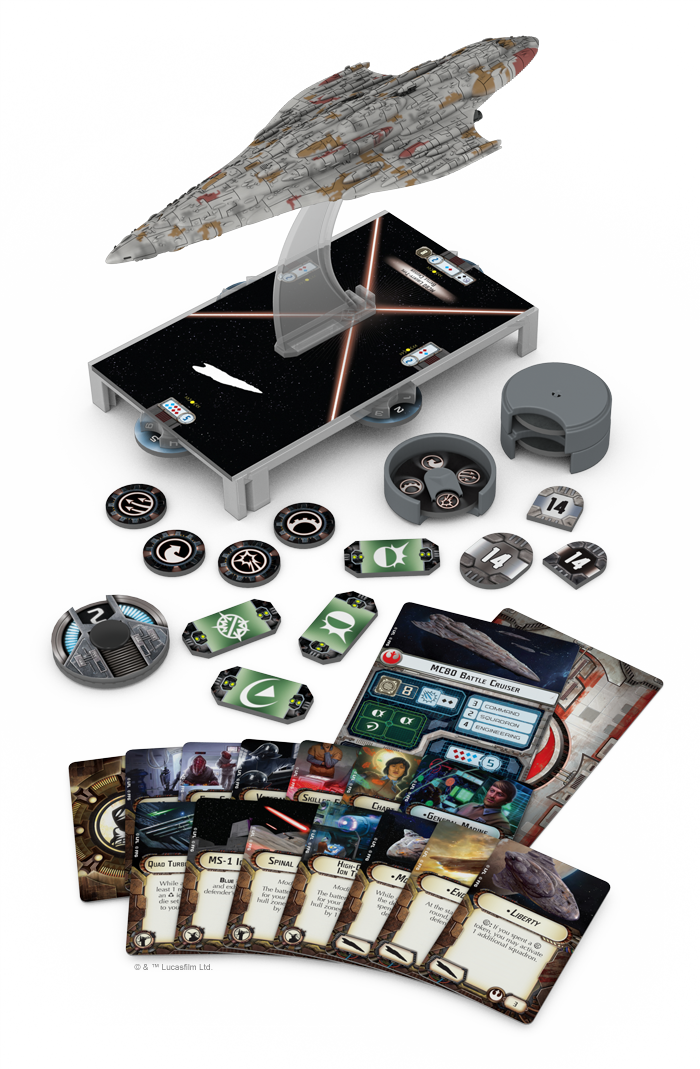 Well that’s all for this time BoLS fans! How do you plan on using the Liberty and it’s cards? Let us know below!