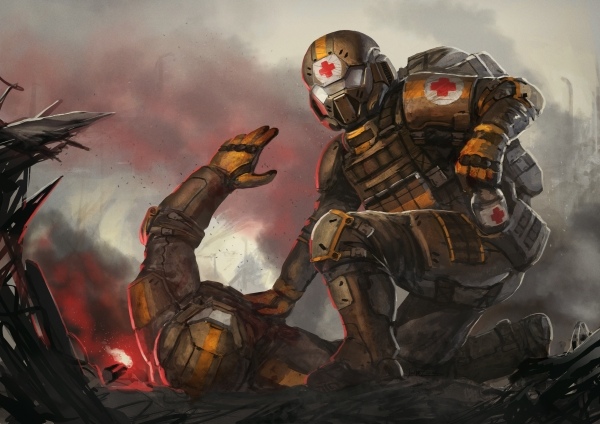 The Tabletop Spotlight is on Xenoshyft Onslaught!

Are you looking for a fun-yet-brutal cooperative game to play with your friends? Well our buddy Evan from Dragon’s Lair Comics & Fantasy brought over the perfect game to try out – It’s Xenoshyft Onslaught!

Xenoshyft is a game that was successfully Kickstarted from Cool Mini Or Not. If you are a backer of this game you should have gotten a copy already. But now, it’s available to the masses! Xenoshyft is one part deck-building, one-part tower defense and 100% brutal. If you don’t work together as a team to defend your base, you will lose. Heck, even IF you work together there is a still a very good chance you’ll lose! This game isn’t impossible, but because it’s a co-op game, they couldn’t make it easy either.

As a team of 1-4 operatives, your job is to create a defensive strategy to survive 9 waves of increasingly difficult waves of enemies. You’ll need to use a ton of different troops, weapons, tech and upgrades to defeat the aliens coming to eat your face. This is a card game as well, so there is an element of luck but through the deck building mechanics you can optimize your deck (and thus your defenses) to stop those aliens from getting to you. But each player must pull their own weight – or you’ll all lose. Fortunately, if you area is doing well you can assist others by sending cards their way…just be sure they will get your back when you need help, too! 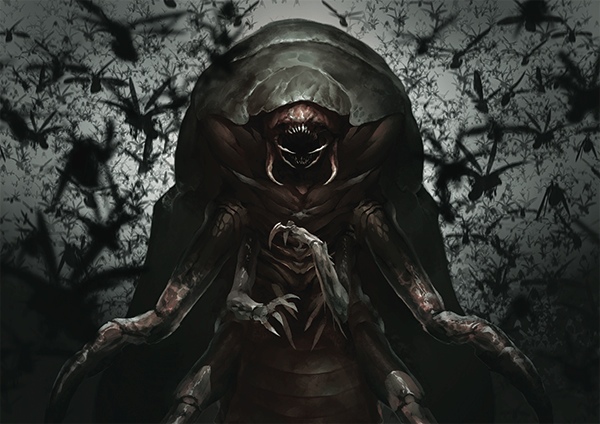 The cards and the game board are all really well done – the art is fantastic! It’s all what my friend calls “Hard-Sci-fi tech” based. That means the weapons, armor and gear are (mostly) grounded in real principles. That said, the Xenos threat is pretty fantastical looking. They range from a wide variety of Sci-Fi and real world inspired looks. All of them are artfully creep and cool. 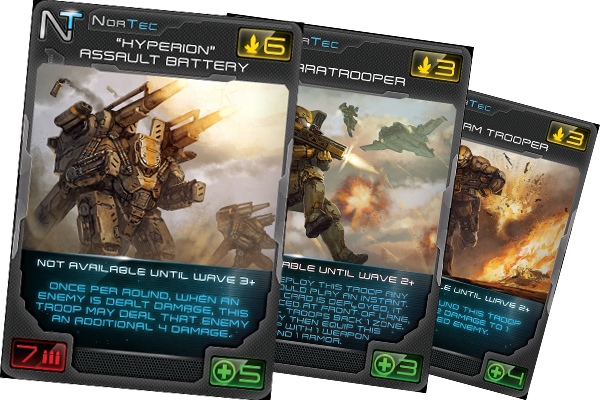 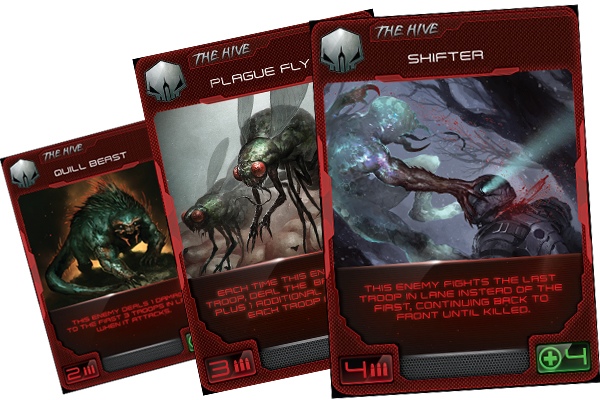 Overall, this game is really well done! The art is great, the mechanics are solid and the game play is a challenge. This isn’t a game that you’re probably going to win the first time out – but that’s the challenge! If it was super easy, it would get boring really quick. But because of the randomness, the challenge and the adaptive tactical choices you’ll have to make this game has a lot of replay value. You can also play solo if you’re friends are unavailable…but it’s a ton more fun with a full group (and maybe a little more stressful, too). Xenoshyft Onslaught is in stores now so go check it out! 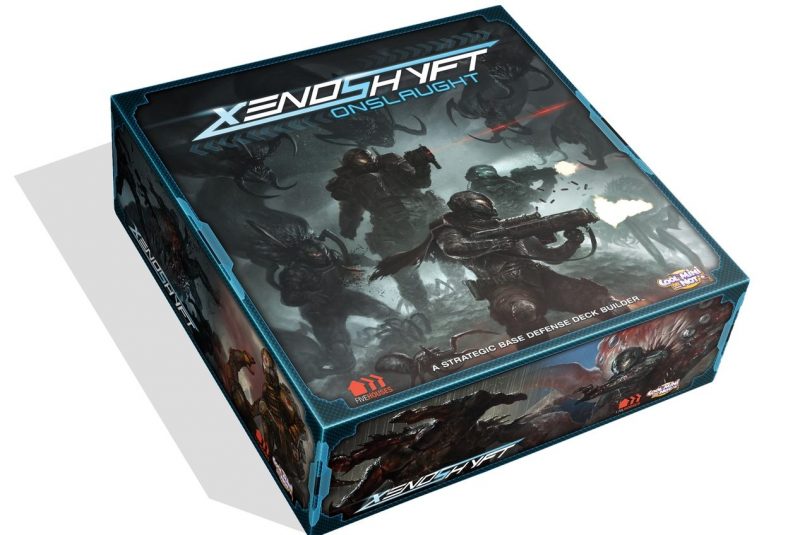 XenoShyft Onslaugt is a base defense deck-building game for 1 to 4 players. Using a wide array of troops, weapons, armors, and technology cards, players must last 9 rounds as the alien hordes bombard the NorTec base in increasingly difficult waves.

With XenoShyft CoolMiniOrNot wanted to create a deck-building style game that task players with working together rather than defeating one another. This goal lead to the development of an outstandingly brutal card-based game that played more like a tower defense game then your standard deck builder. Furthermore this focus made the game not only a great cooperative experience, but also allows Xenoshyft Onslaught  to function as a single player game. 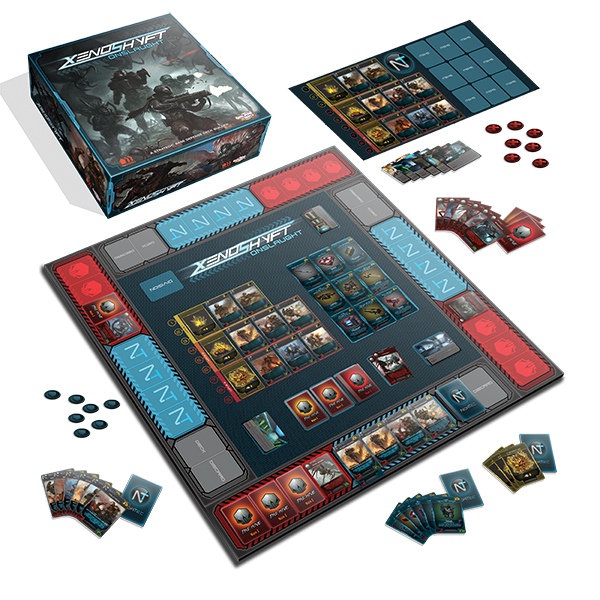 I would call it a bug-hunt, except the bugs are hunting YOU…

Author: Adam Harrison
Writer, Editor, Texas Native, and Austinite for 15+ years, Adam covers all things Tabletop Gaming. Which includes Warhammer 40,000, Age of Sigmar, D&D, Board Games and everything else that involves dice, boards, cards and a table. A hobbyist, player, and collector of miniatures and games, Adam's current obsession are his Death Armies for Age of Sigmar, his Blood Angels and Tyranids for 40k, and his ever growing Arkham Horror: The Card Game Collection.
Advertisement
Board Games Card Games CoolMiniOrNot Sci-fi Tabletop Spotlight Unboxing Videos
Advertisement