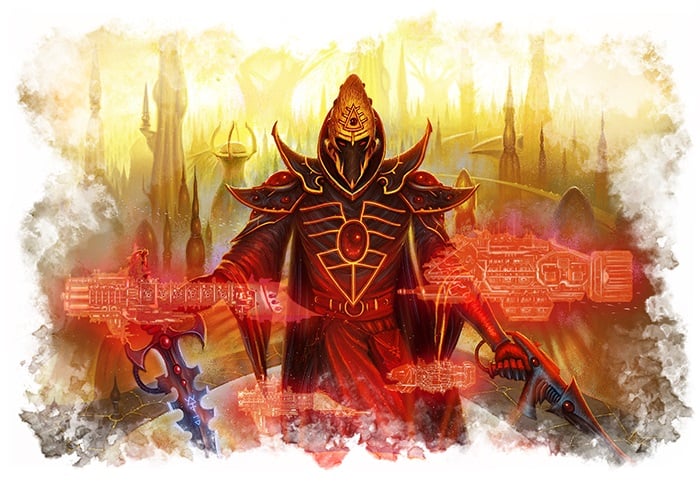 Games Workshop teases things to come in the Warhammer 40,000 narrative… 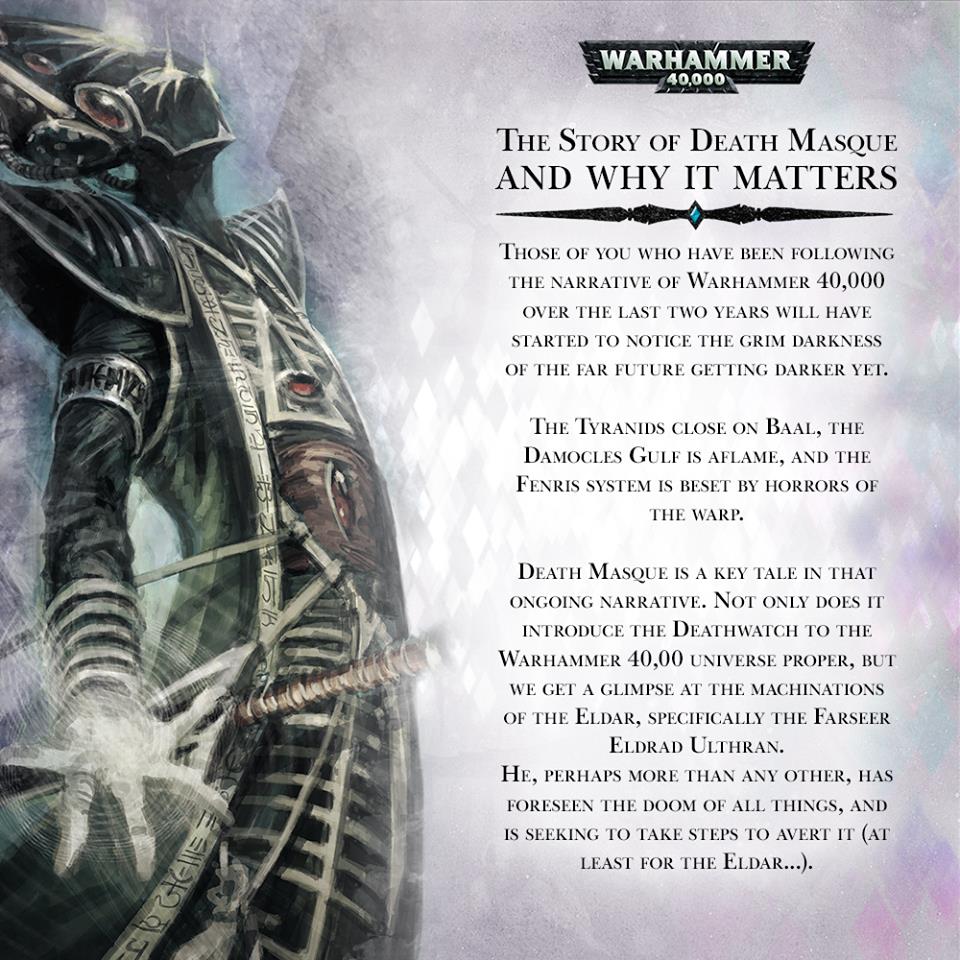 The story of Death Masque marks the start of something huge for Warhammer 40,000.
If you’re a fan of the lore and background of the 41st millennium, take note.

The post also has a link back to the Death Masque boxed set which is currently up for pre-order. They story so far is added here for completeness:

“The Tyranids close on Baal, The Damocles Gulf is aflame, and the Fenris system is beset by horrors of the warp” and now the Eldar are moving on to the planet of Port Demesnus to awaken a slumbering god. Things have been slowing moving toward something BIG for the Warhammer universe and the pieces are finally starting to come together.

GW has been dropping hints about the Eldar’s part all last week and now we see this new teaser. I’m personally really excited to see the story get nudged ever so slightly forward and I hope the pay off is worth the patience!

What do you think is coming for the Warhammer 40,000 universe?