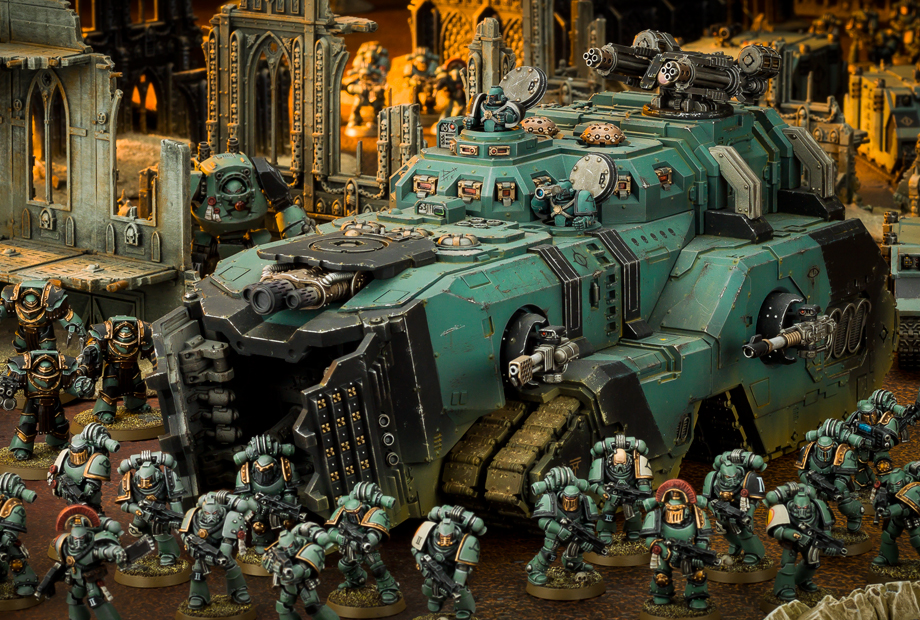 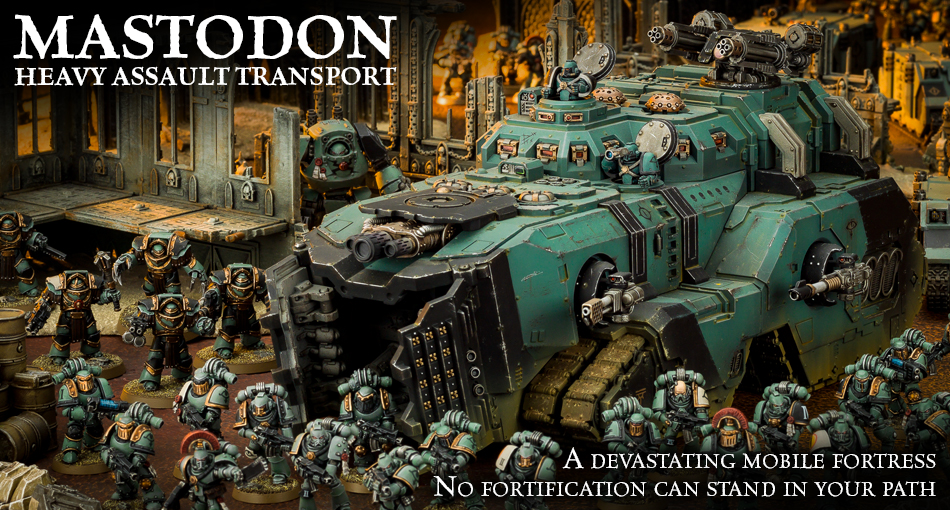 We knew this day was coming – The Mastodon Heavy Assault Tank is (finally) on Forge World’s site for Pre-Order!

Whatever issues and delays Forge World was having with the Mastodon have all been sorted out because it’s now available on Forge World’s site. Note that the shipping date is SEPTEMBER 2nd, 2016 – not February 9th, 2016…

“Crashing as easily through the walls of ancient xeno fortifications as lines of traitor Space Marines – the Mastodon was one of the heaviest assault transports in use by the Space Marine Legions during the great crusade. It’s mighty frame is still found in chapter Armouries across the Imperium today.” 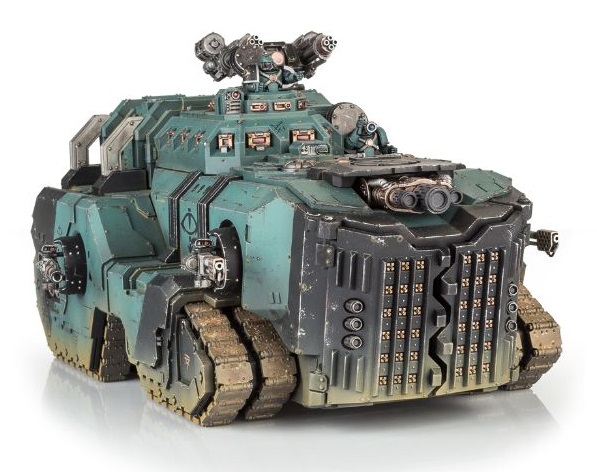 The Mastodon was one of the heaviest assault transports in the arsenal of the Legiones Astartes during the Great Crusade, and is still found in the armouries of the Space Marine Chapters of the 41st Millenium. Its cavernous assault bay, capable of housing almost half a Company, is protected both by thick layers of ceramite armour as well as crackling void shields. 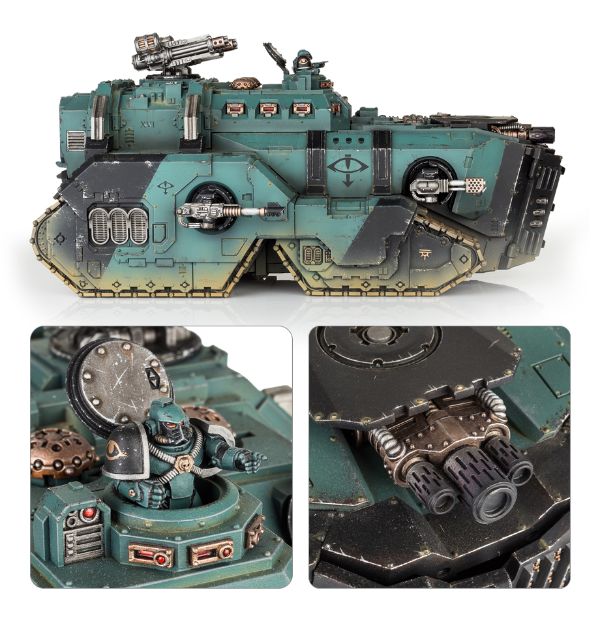 It also mounts a fearsome siege melta array, allowing it to breach even the most formidable defences with ease, as well as an array of secondary weaponry intended to defend the vehicle as it approaches its target. Unleashed only against the most fearsome of enemy redoubts, there are few obstacles that can stay the wrath of this relic of the Imperium’s bloody birth. 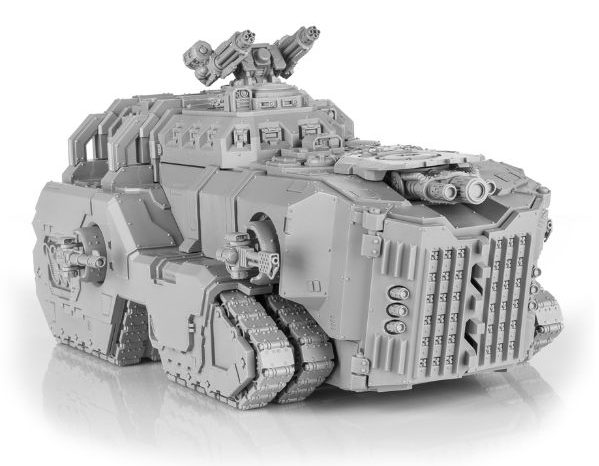 The Mastodon is heavily armed and armoured, carrying 40 Space Marines, and even Dreadnoughts, safely to the heart of battle. Whilst embarked, the warriors within will defend their immense transport, turning the sponson weapons on any enemy brave or foolish enough to come close. 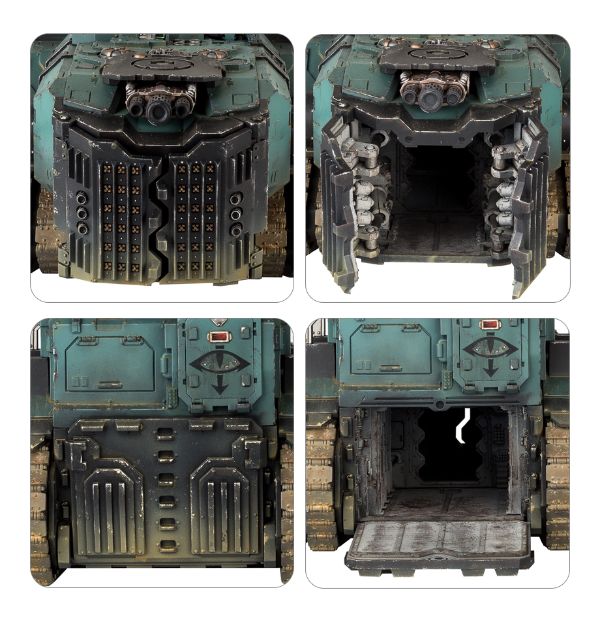 It’s Siege melta array can easily destroy fortifications, and makes short work of armoured vehicles, whilst its Skyreaper Battery will tear through any airborne threat with ease. 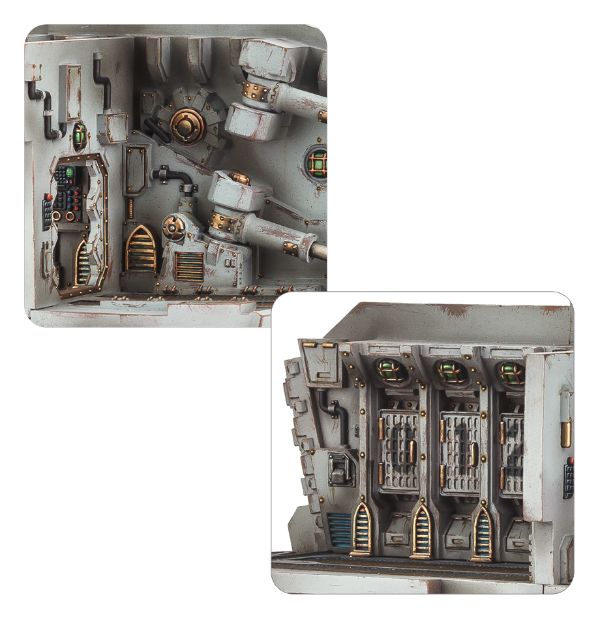 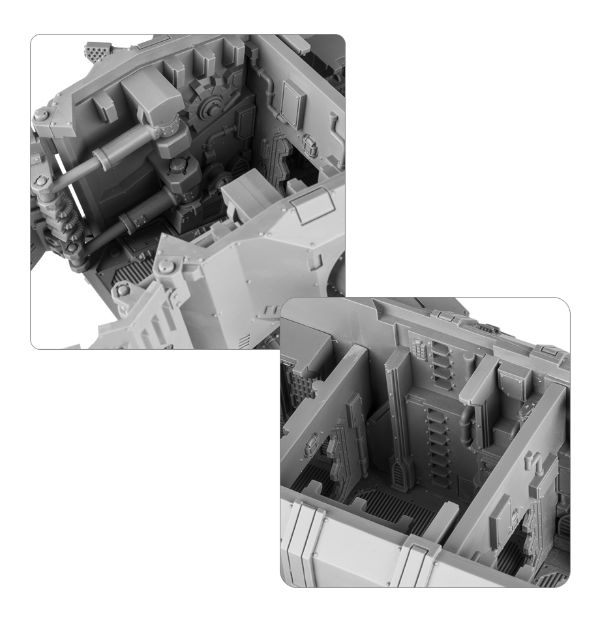 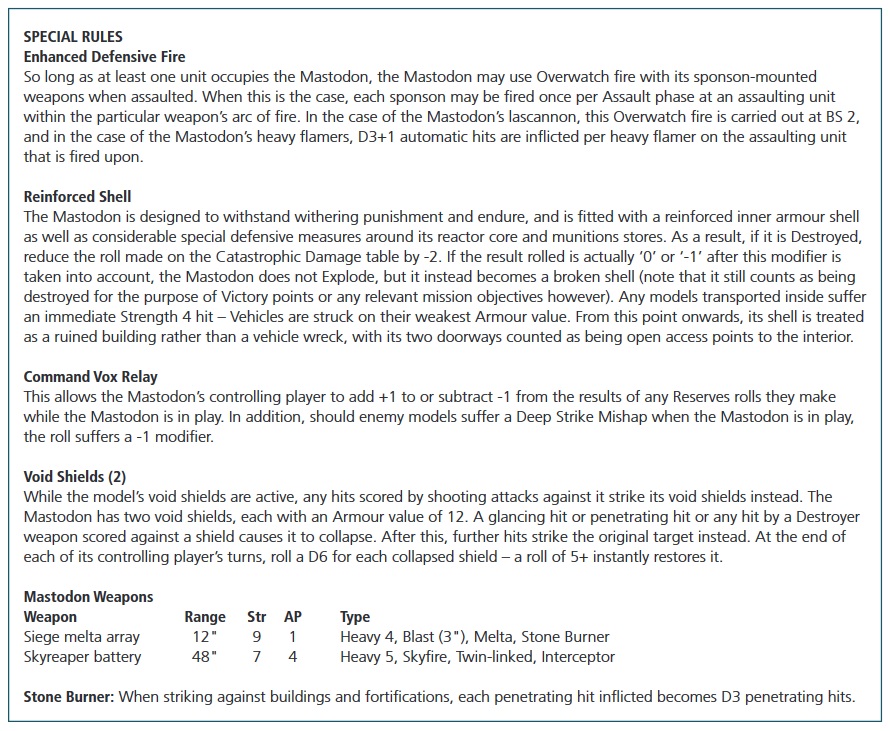 This transport is CRAZY. It has a carry capacity of 40 models and can carry up to 2 Dreadnoughts (who each count as 10 models). Go check out the rest of the rules because this Mystery Machine is equal parts amazing and insane. But for 700 points, it better be! 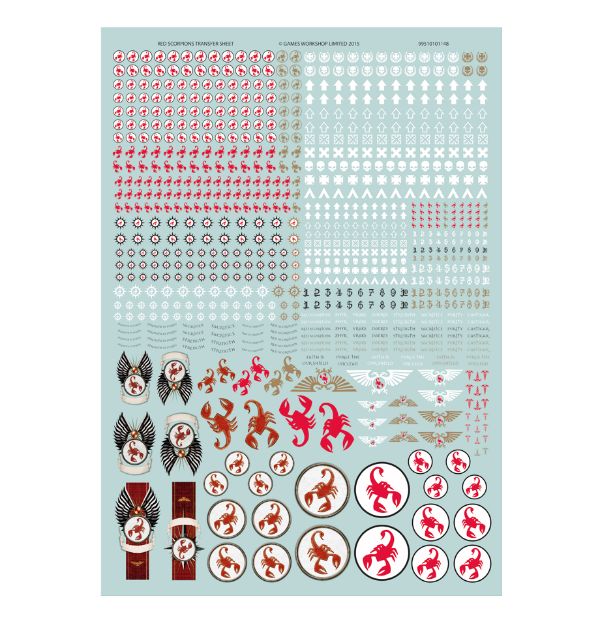 This Transfer Sheet is packed with the markings and iconography of the Red Scorpions Chapter of Space Marines. It is perfect for personalising the models in your collection. This A4 sheet is packed with a huge number of symbols including Chapter insignia, detailed banners, votive markings, squad icons, Apothecarian honours, Chapter specific Aquillas and more. 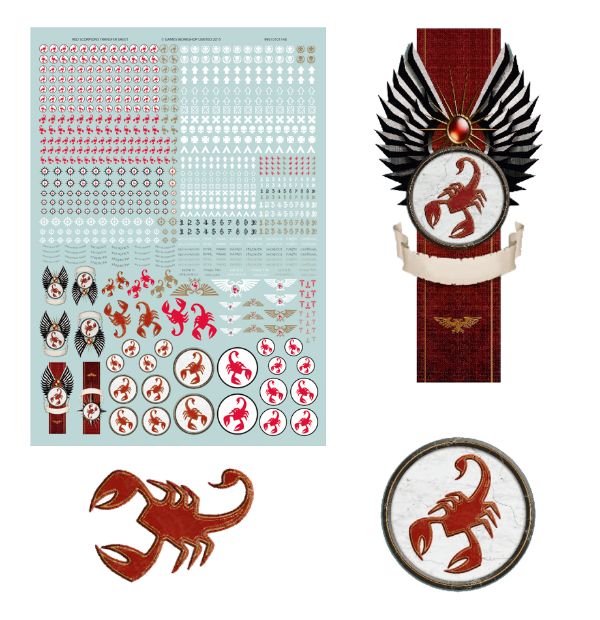 The Mastodon: When you need to take 1/2 a Space Marine Company on a work-trip inside someone fort.