Geekery: Keep Your Heads Up 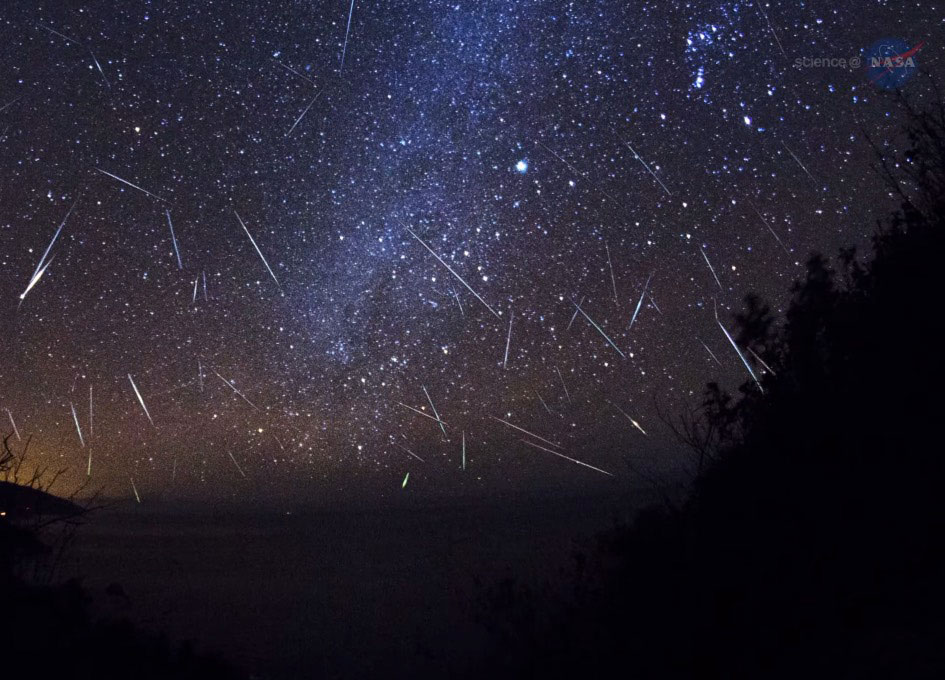 The peak of the Perseids will be on display August 11-12 – that’s tonight!

The Perseids is a yearly event caused by the Earth intersecting with the tail of Comet Swift-Tuttle. Debris hits the Earth’s atmosphere and creates brilliant streaks across the night sky.

“Every Perseid meteor is a tiny piece of the comet Swift-Tuttle, which orbits the sun every 133 years. Each swing through the inner solar system can leave trillions of small particles in its wake. When Earth crosses paths with Swift-Tuttle’s debris, specks of comet-stuff hit Earth’s atmosphere and disintegrate in flashes of light. These meteors are called Perseids because they seem to fly out of the constellation Perseus.”

This was made for last year’s shower, but everything still applies with the exception of the dates…

This year’s shower promises to be the best in quite awhile – we’re looking at 200 an hour this year, double the normal rate. This in part thanks to an outburst created by the Earth running into debris from past orbits and this year’s orbit. Thanks, Jupiter’s gravitational pull! We’re going to be seeing meteors from comet trails created thousands of years ago impact our atmosphere.

How can you get the best views?

Pick a spot using this light pollution map, lay back, and let your eyes adjust for at least 20 minutes. If you can’t escape the city lights NASA has a live cam set up, so you won’t miss out on the show.

Alright, space cadets, are you heading out to watch the skies tonight?