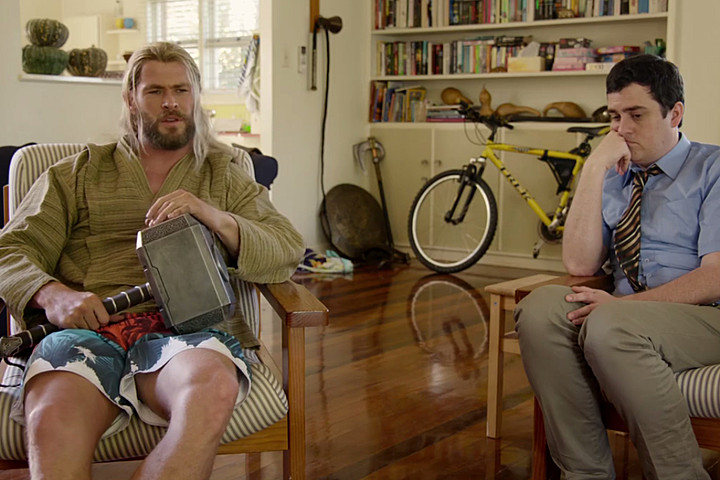 What exactly was the God of Thunder up to during Civil War?

This Marvel One-Shot was directed by Taika Waititi – when he wasn’t busy directing Thor: Ragnarok.

See what Thor was up to during #CaptainAmericaCivilWar! Get this & other bonus on Dig HD 9/2 https://t.co/tWbG2IIs9h pic.twitter.com/M97y6CM1Mg

They look like they’re having a miserable time on set… totally horrible… definitely no pranks or jokes happening there.

The two main reasons I think about quitting everyday. pic.twitter.com/jzgR6Mpe5N

Are you on Team Thor?