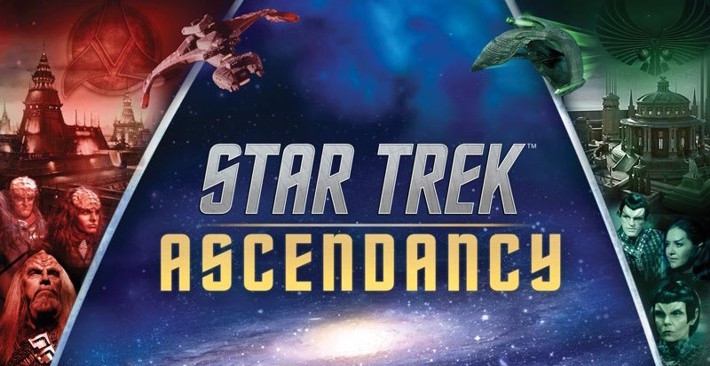 Hey BoLS Readers! If you’ve been keeping up with us, you know we hit up the Gale Force 9 Booth at GenCon 2016. We got a ton of stuff at GenCon 2016 and I have to say, this game has probably been the biggest pleasant surprise so far! It mixes an Empire building vibe with a Star Trek skin and adds in a really unique board building mechanic. Check it out:

I lets talk components really quick before we dive into the game. This box contains enough components to get you and 2 other friends up and running. It features The Klingon, The Romulan, and The Federation. Tons of ships, dice, planets and a slew of other things you’ll need to get playing. It’s all high quality stuff and if you’re a super hobbyist, you could totally put some paint on these models and they would look good. 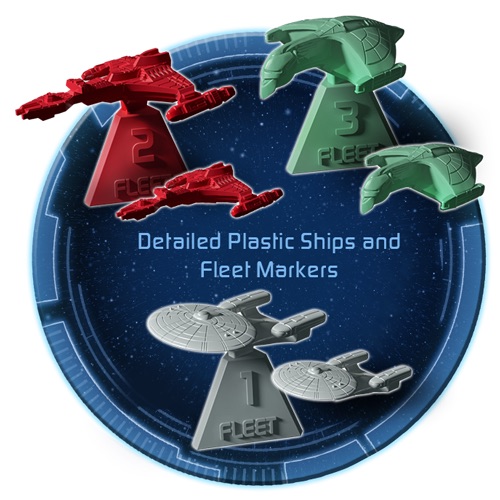 Now, three races might not sound like a lot, but trust me, it’s plenty to get you started. Gale Force 9 has already shown off 2 more races (Ferengi and the Cardassians) and have alluded to many, many more joining the game. So in a way this box is basically the core set for a new system – and it’s a ton of fun!

If you were to ask me how I would describe this game I’d say “Think Twilight Imperium, but scaled in a way you’ll actually finish a game.” Now, that’s not a diss on TI – oh no, I love me some Twilight Imperium – but that is a game that takes an entire weekend to play well. I’ve seriously played a 14 hour game and we still didn’t get finished. The box says you can reasonably budget this game for about an hour a person. The more Factions you add, the longer the game, but it scales in such an elegant way that it actually makes me excited for more players instead of wary. 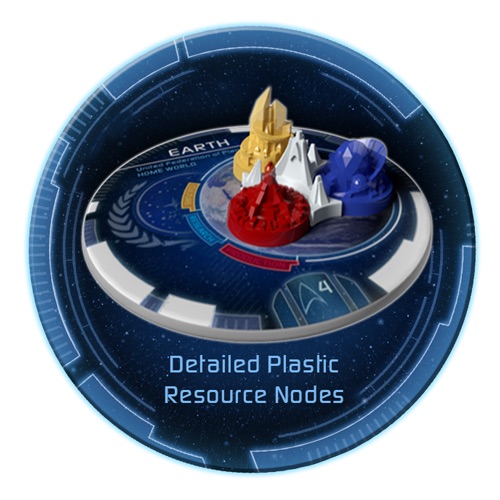 Each faction has their own bonuses and disadvantages. This can lead to some very interesting game play already but we’ve seen that type of thing before. What you probably haven’t seen is the new Warp Travel mechanic. This is really what makes me excited about this game. Basically each system can only have so many warp lanes attached to them – and the lanes and systems can shift around until the warp lanes become “set” which is really cool. Why? Because if you’re clever enough (or just plain lucky) you can block off planets from your opponents using the warp lanes. This make exploration super important. However, you can’t stretch too thin or you’ll open yourself up for attack or lose ships due to space anomalies – just like the show!

Anyhow, don’t take my word for it. Read the rules here. We also got a demo game in at GenCon 2016 so be on the look out for that too! If you’re a Trekkie, you’re going to want to grab this game and for anyone else looking for a great time with 2+ friends then keep an eye out for this one in stores – you won’t regret it! 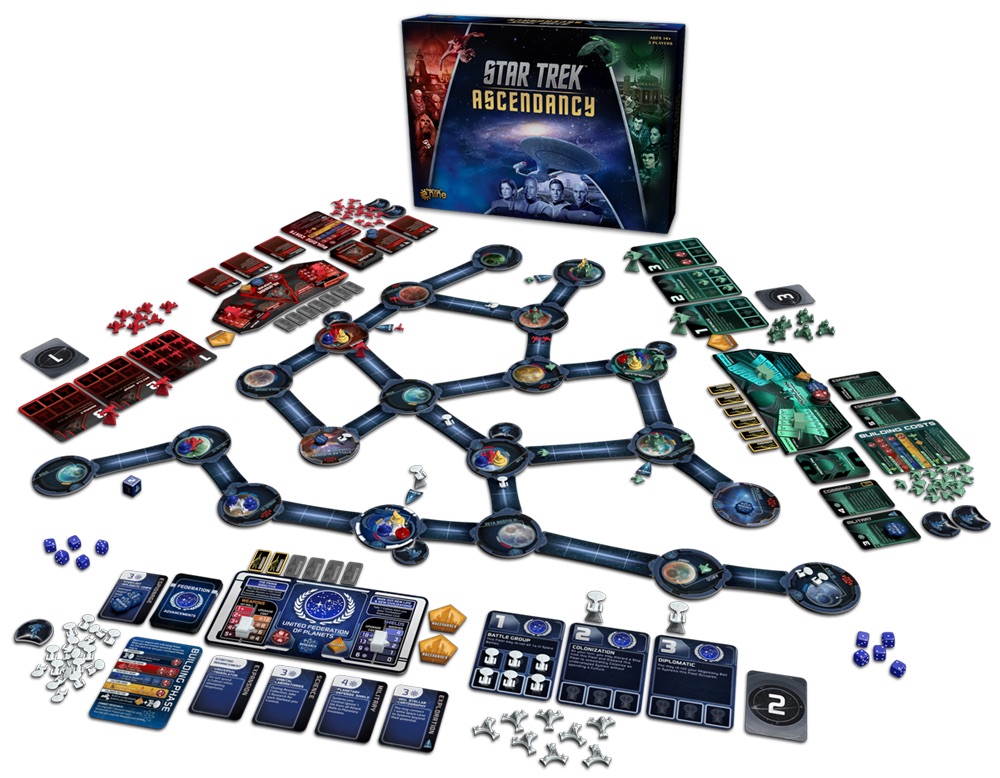 Boldly go where no one has gone before. In Star Trek™: Ascendancy, you control the great civilizations of the Galaxy, striking out from your home worlds to expand your influence and grow your civilization.  Will you journey for peace and exploration or will you travel the path of conquest and exploitation?  Command starships, establish space lanes, construct starbases, and bring other systems under your banner. With more than 200 plastic miniatures and 30 star systems representing some of the Star Trek™ Galaxy’s most notable planets and locations, Star Trek™: Ascendancy puts the fate of the Galaxy in your hands

It IS a good day to die!

Author: Adam Harrison
Writer, Editor, Texas Native, and Austinite for 15+ years, Adam covers all things Tabletop Gaming. Which includes Warhammer 40,000, Age of Sigmar, D&D, Board Games and everything else that involves dice, boards, cards and a table. A hobbyist, player, and collector of miniatures and games, Adam's current obsession are his Death Armies for Age of Sigmar, his Blood Angels and Tyranids for 40k, and his ever growing Arkham Horror: The Card Game Collection.
Advertisement
Board Games Gale Force 9 Sci-fi Star Trek Unboxing Videos
Advertisement 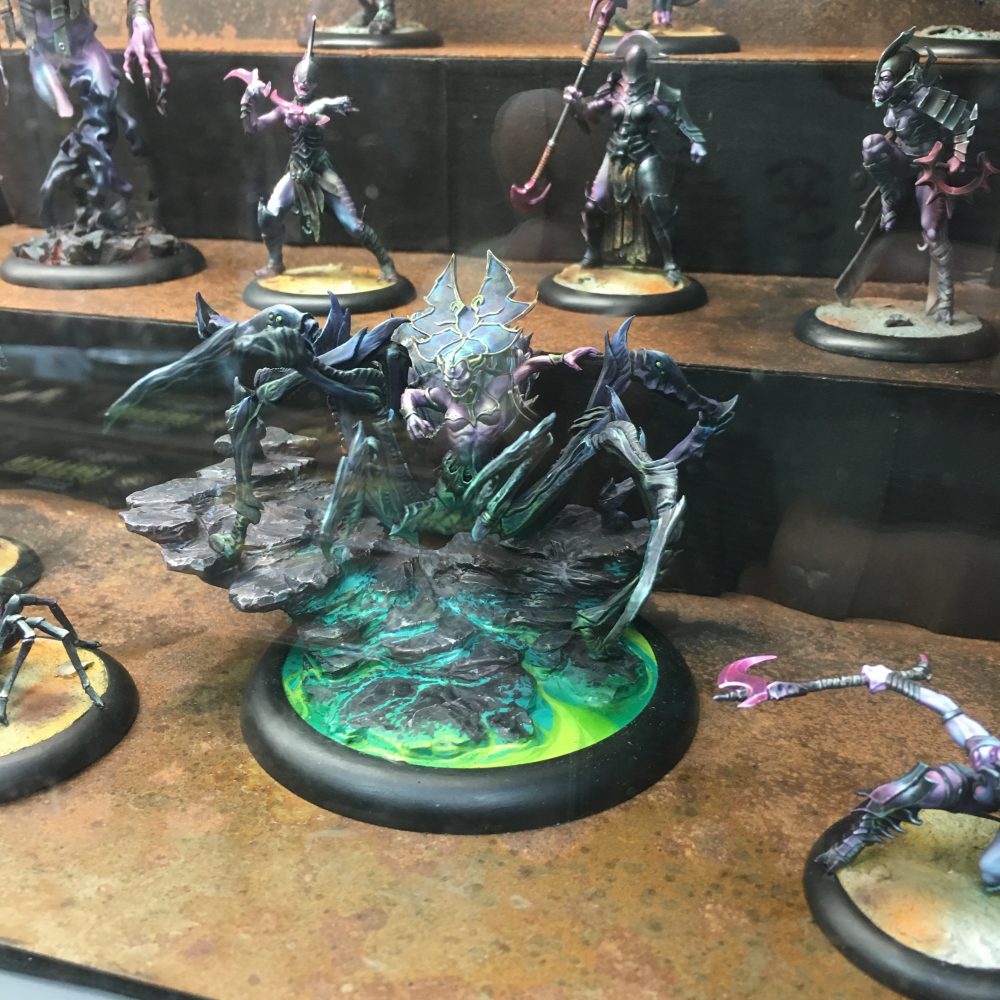