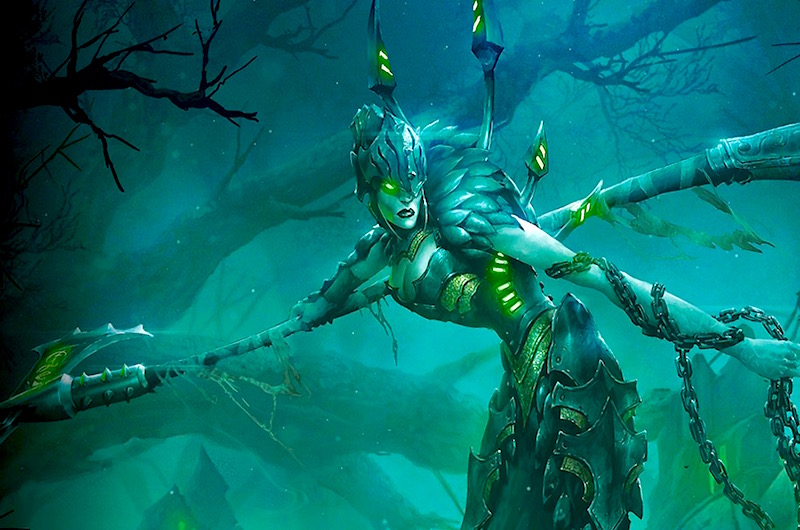 The new Warmachine battleboxes have come out and today we are looking at the Cryx battlegroup.

Battleboxes are a great way to get into warmachine/horde. They are very affordable and have models you would want to use even in bigger battles. The new casters are currently only available through the battlebox as well. Lets take a look at what Bane Witch Agatha brought to battle. 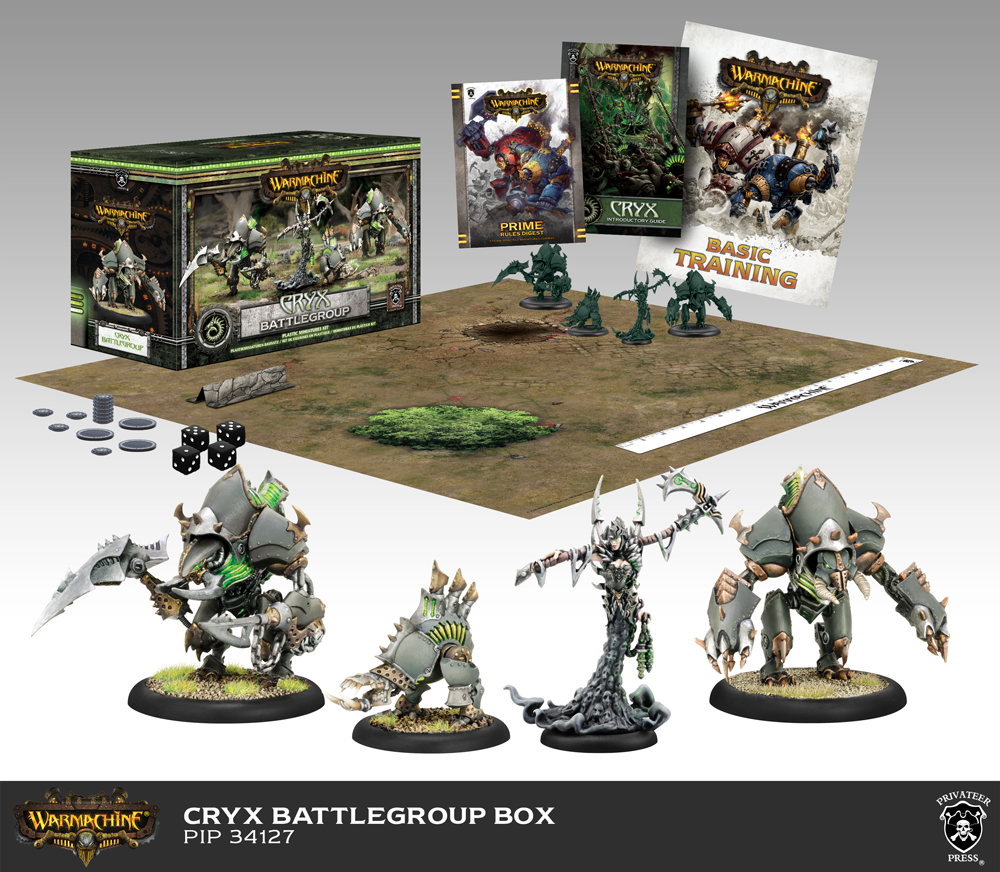 What It Does Well?

Bane Witch Agatha is a deceivingly fast model. She can get her models up the board fast with Shadowfall. The real threat in this battlebox is the Reaper. It can pull in enemy models at range, to let the Slayer kill it and be a relatively safe distance away. The Slayer is a basic beat stick and with a MAT7 will not need to boost to hit most models. Versus heavier targets like a Khador Juggernaut be sure to cast Agatha’s Parasite spell to speed up it’s demise.

The Deathripper can even damage heavier targets if they are affected by parasite. Don’t be afraid to throw Agatha into the melee if you can kill the enemy caster. Her dark shroud ability can make things alot easier by lower the enemy’s armor.

Cryx jacks are notoriously squishy. Their defense helps compensate a little but, if they get on the receiving end of melee models it might be a little rough. Watch out for Cygnar because with Maddox’s feat even a light warjack can do real damage to a Slayer or Reaper. Retribution might be an issue, with a ranged knockdown through Heleyna’s spells and her feat making her battlegroup +3 armor and ignoring systems it will be an uphill battle for Agatha.

What Should You Buy Next?

Agatha can get a lot of use out of Deathjack. It is a powerful heavy warjack that can be kept relatively safe with her feat. It also can get to scary places with ghostly.

A great addition to an Agatha list would be Blackbanes Ghost Raiders. Combined with her feat you can have a turn where some armies can’t hurt your force. If they can’t see stealth and have limited magic attacks they could be in real trouble.

A Bloat Thrall would be a good solo to add to Agatha’s force. It can help with infantry models that may overwhelm your jacks.

What do you think BOLS of the new Cryx battlegroup. Please share in the comments below.