Games Workshop is showing off one of the epic moments from the new Traitor’s Hate supplement in really nice detail. 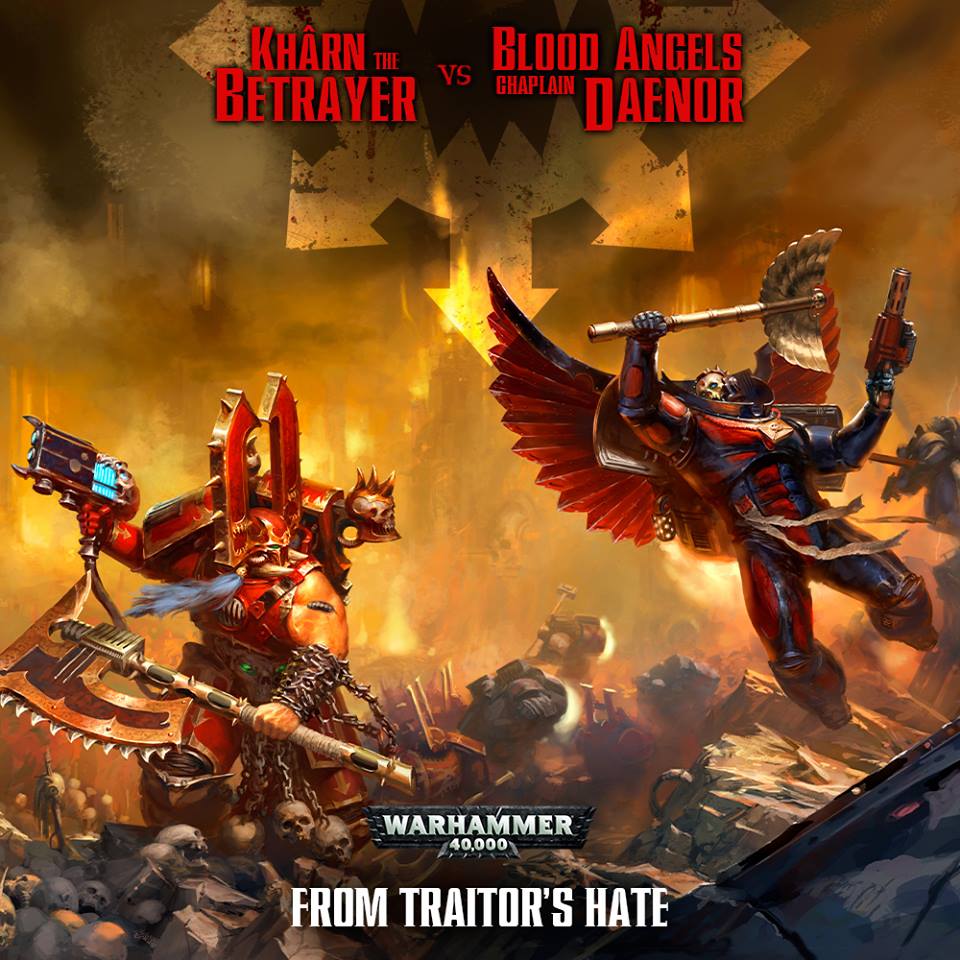 This double-page artwork spread from the new Traitor’s Hate book is one of our favourite Warhammer 40,000 duels we’ve ever seen. A Blood Angels Chaplain is indeed a mighty foe, but even this hero of the Imperium might meet a messy end on the blade of Khârn the Betrayer.

To find out how this duel plays out, you can read the story of the battle in the new campaign supplement:

My initial reaction is that Kharn should wipe the floor with this Chaplain just based on the stats. But then I got to thinking – because Chaplain Daenor has a Crozius Arcanum & a Rosarius he might have a shot. It would also depend on which “version” of a Chaplain Daenor is as well. If he’s got 3 wounds he’s got much better odds to take it to at least round 2 and possibly take Kharn out first (depending on if his particular Crozius Arcanum is counting as a Power Maul or not).

Even if you stack all the odds in the Chaplain’s favor (give him the charge with his Hammer of Wrath attack from a Jump Pack – and possibly Furious Charge for being a Blood Angel/Black Rage & re-rolls because he could have Litanies of Hate) it really boils down to making a critical Rosarius Save or two and Kharn failing an armor save or 3. Or the Chaplain could just shoot him with his Melta-Pistol…

Math-hammering aside I would like to take a look at this fight now. I’m really curious about the build-up to this new Black Crusade as well. I’m waiting to get my hands on a copy of Traitor’s Hate and while the formations aren’t super exciting for my CSM forces, I really want to find out what the heck is going on with the 40k Narrative.

Even if Kharn ‘loses’ Khorne still wins! Who do you think wins this Duel of Blood?