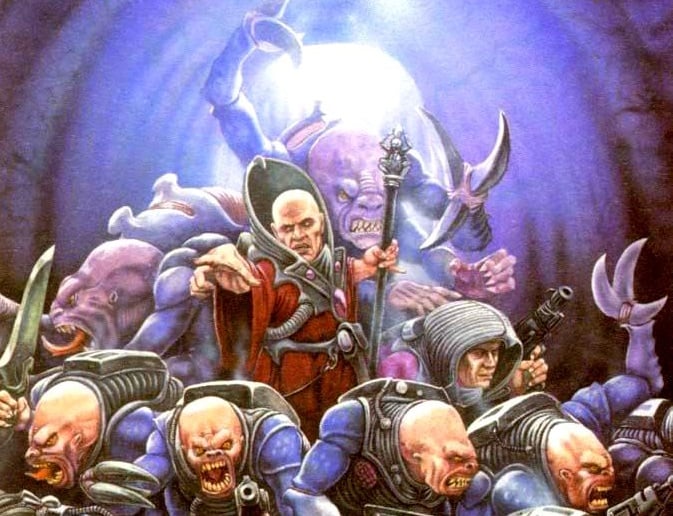 Another rumormonger chimes in with more info about the vehicles of the Genestealer Cult!

We’ve all been hoping that the Limo was coming back for the Genestealer cult and now we’ve got another rumormonger tossing their hat into the ring leading some more credence to the rumor that it is returning.

Not really much too say tbh, the codex is made up of the things you saw in Overkill plus some new stuff like the “Limo.”

Limos have been a “thing” for the Genestealer Cult for a long, long time. As silly as it sounds to ride to battle in a limo it kind of adds to that creepy cult vibe in such a “good” way. Plus it will help differentiate them from just being “Astra Militarum with Genestealers” if the rumors are true about their armory access.

Now, personally, I’m not ruling out the “Limo” – I really hope it pans out. But I’m also looking at what else Game Workshop has teased as well: 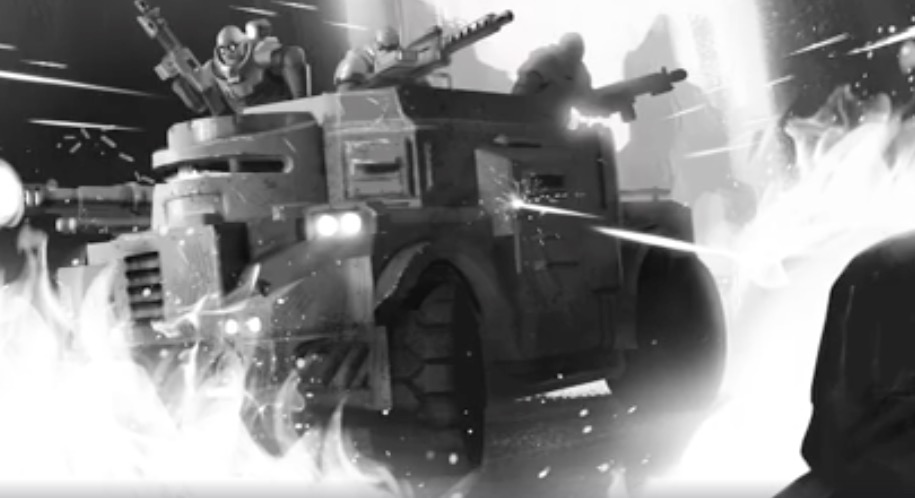 If you remember the teaser video from a few days ago this was the vehicle that was shown off. It reminds me of a Taurox for sure. 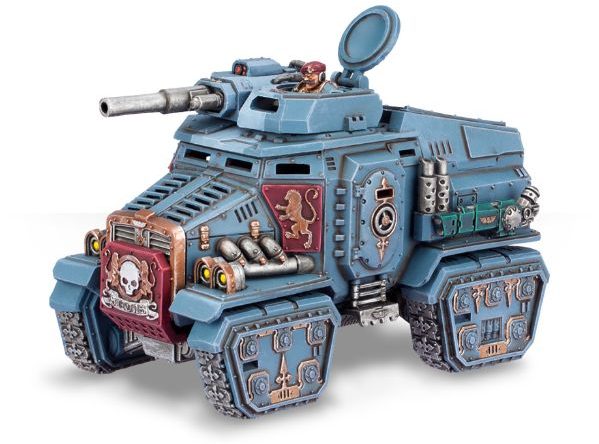 Now is this just a “looted” Taurox with wheels or is it a new “Limo” kit? I think that there is plenty of room for BOTH kits. I mean, if the Genestealer Cult is getting access to Astra Militarum goodies then why NOT make another cool vehicle kit like a limo? Now the GC has a unique kit plus access to a kit that may or may not have been selling very well… Just tossing that out there. And it’s not like we haven’t ever seen players convert Imperial Vehicles over before: 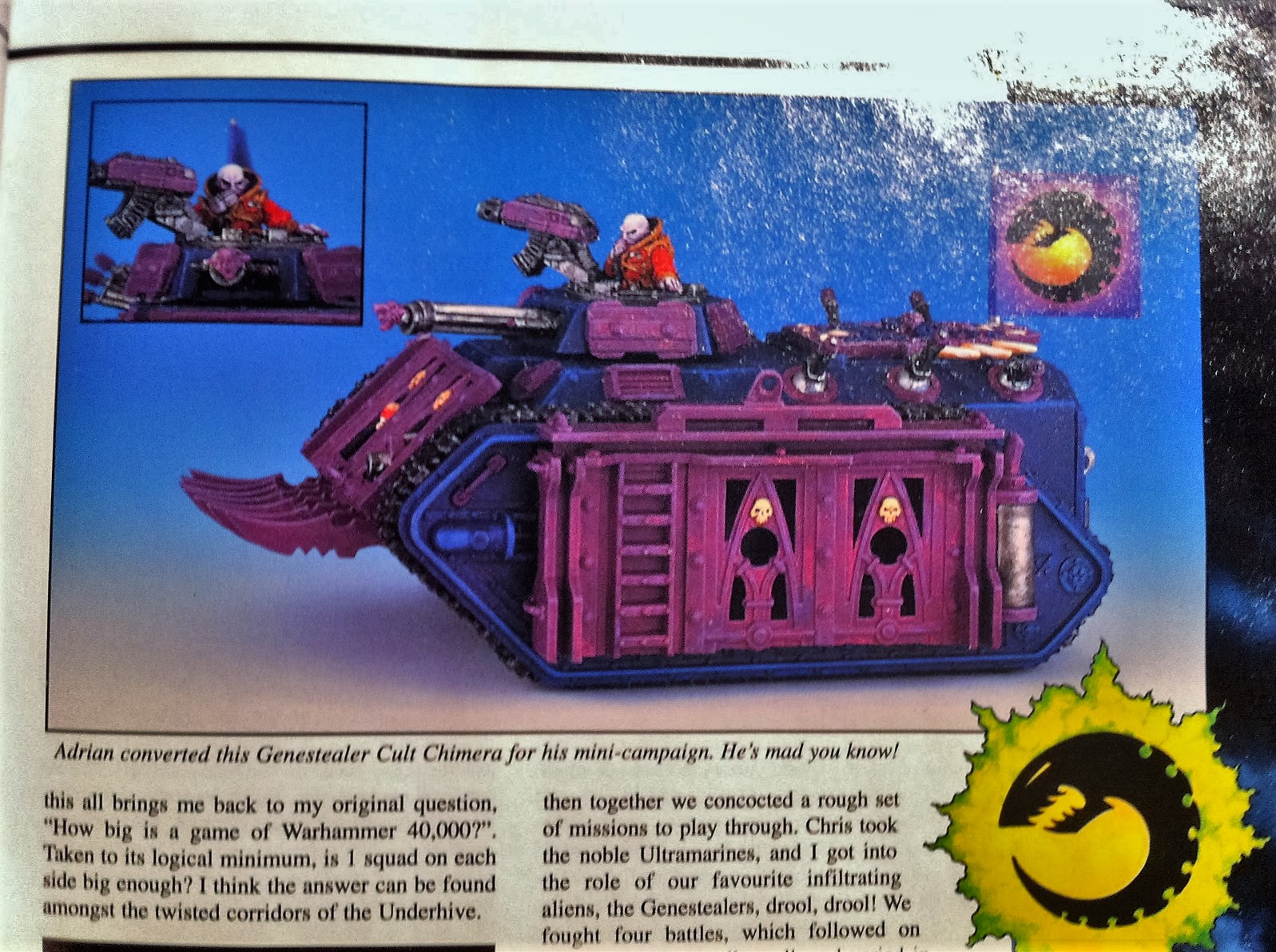 Remember this blast from the past?

I’m genuinely hoping it’s an entirely new kit. I’m ALSO hoping we get some type of conversion kit for this “Wheeled Taurox” as well. Why? Because I really want to have my cake and eat it too. NOM NOM NOM!

To Limo or not to Limo, that is the question!