Just in time for the Holidays Games Workshop has new “Mega Bundles” on the way – check out the latest info!

We reported earlier some rumors about Games Workshop’s December Releases. Now, we’ve got another rumor follow-up that’s focused on those 8 Mega Force Bundles:

For Aos: 1 for each Grand Alliance:

It might be released on 19th of November (not sure whether it would be the pre-order day or the final release).

I also heard that beautiful models are on their way, with, for Chaos, especially Tzeench but also Slaanesh were mentionned. Release date not sure, maybe starting still this year but more probably beginning of next. Next year would be as interesting as this one, or even more.

It seems also that GW sells currently more AoS products than 40K ones on a worldwide basis. 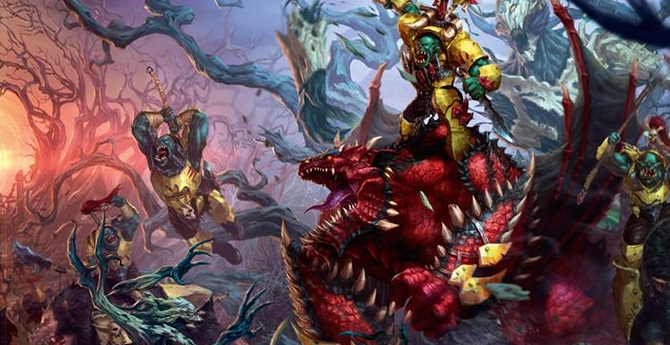 So that’s some great news for Age of Sigmar Fans. Four Mega Force Bundles, one per faction, makes a lot of sense for the Grand Alliances in AoS – I’m been hoping for a new Sylvaneth starting point as the Start Collecting box didn’t really offer any of the new models. Here’s hoping they are focusing on Tree-Revenants and Kurnoth Hunters!

Khorne Bloodbound makes sense – it’s been the primary focus for Chaos for awhile now. I’m really hoping that this Mega Force Bundle is the last Chaos release for Khorne for a bit…I get the feeling I’m not the only one suffering from Khorn Fatigue in AoS.

It will be interesting to see what else they do for Death and Destruction as far as bundles. I think Destruction will probably be something for the Ironjawz. Their Start Collecting box had the new Boars and the Warchanter but was lacking in Brutes. For Death, I have no clue what will be in that box. I’ve written about it before – Death is in a weird spot right now.

Now let’s turn our attention over to the remaining 4 Mega Force bundles. Assuming the rumors are true and GW is going to make 4 new Mega Force Bundles for Warhammer 40,000: What would the logical forces be?

Before you start your list with “Space Marines” think about this: 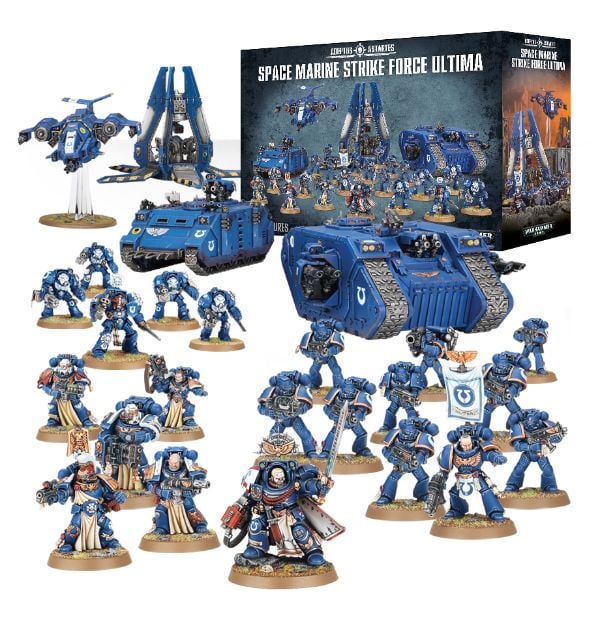 Now, when these Start Collecting Boxes first came out, I picked up a copy for myself just to check out the contents. I also had worked up some suggestions as to what the next steps could be. Now that this Space Marine “Mega Bundle” is already here, what do you think the next ones would be? It’s not like Games Workshop is lacking in options to choose from either.

What do you think the 4 Warhammer 40K Mega Bundles will be? Which factions are you hoping for?