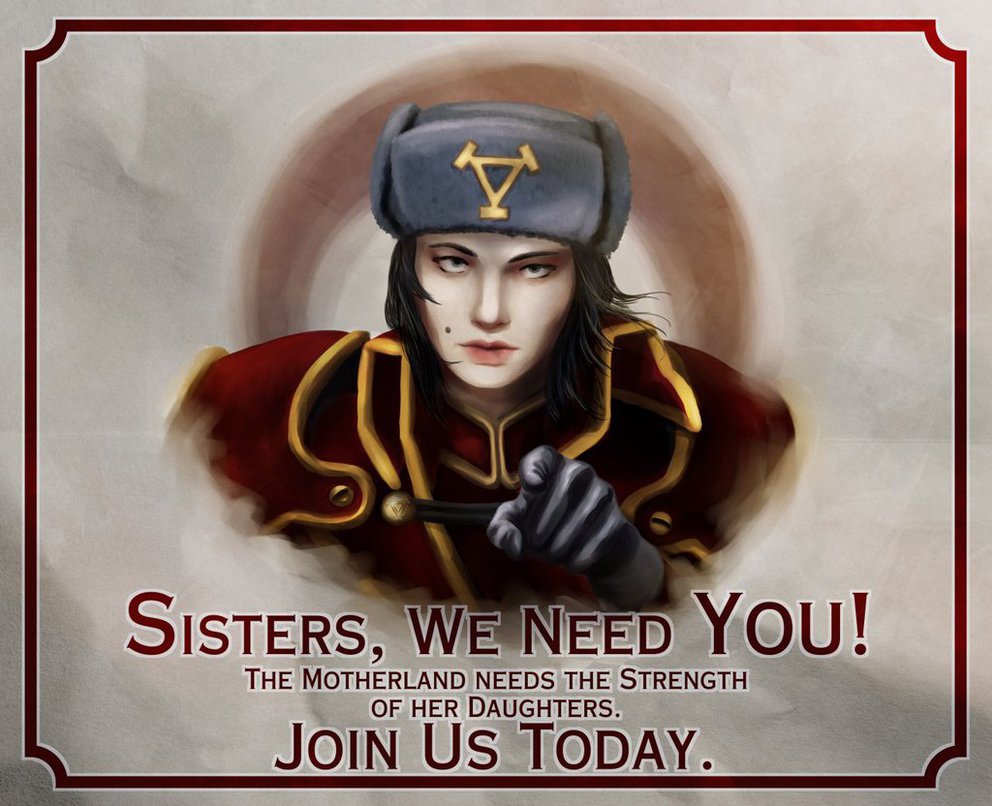 A tried and true Sorscha has an all new look. Check this classic lady out with her new pose – and plenty of tricks.

A Little Change of Pace

Sorscha has been around forever so instead of breaking her stats/spells down I thought I would talk to about some tactics you can use with her. She is able to play some really interesting game plans. 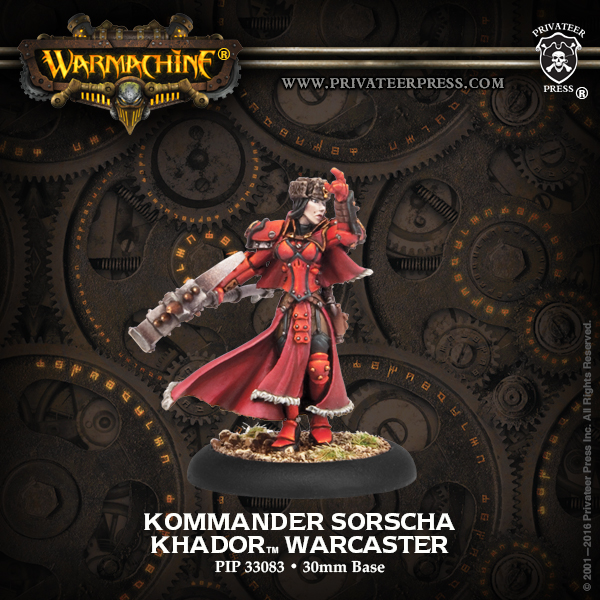 Freeze Units and Stay Back:
If you bring Sylys Wyshnalyrr with Sorscha you can reliably cast one of her more notorious spells: Freezing Grip. With Sylys this spell is RNG10″ and drops the lowest to hit dice. You can probably get away with not boosting to hit vs most targets. This spell is particularly nasty because infantry can’t shake effects unlike warjacks. So you are effectively taking them out for almost 2 rounds. Why 2? Because stationary targets can’t take free strikes, can’t move out of the way of other units, and so on. If your opponent isn’t careful his own models will block important charges and can bog up his lines.

They might not even have a choice if there are choke points due to terrain.

Freezing Grip is also a great help for low MAT/RAT units insuring accuracy. Nothing makes battle plans go awry as much as failed dice rolls. With Freezing Grip this can alleviate dice rolls having a negative effect. Widowmakers might have trouble hitting some models hiding behind cover but, if Sorscha can hit a less defended model with Freezing Grip she will greatly increase the odds of her Widows striking true.

Risky charges can be taken advantage of with Freezing Grip. Sometimes there is a line to a warcaster but, your model might have been engaged and has little chance of surviving free strikes unschated. Consider Freezing Grip to open up charge paths by having the models that would threathen with free strikes unable to utilize them because of stationary.

Consider Freezing Grip if you already feated or can save the feat for later pain! 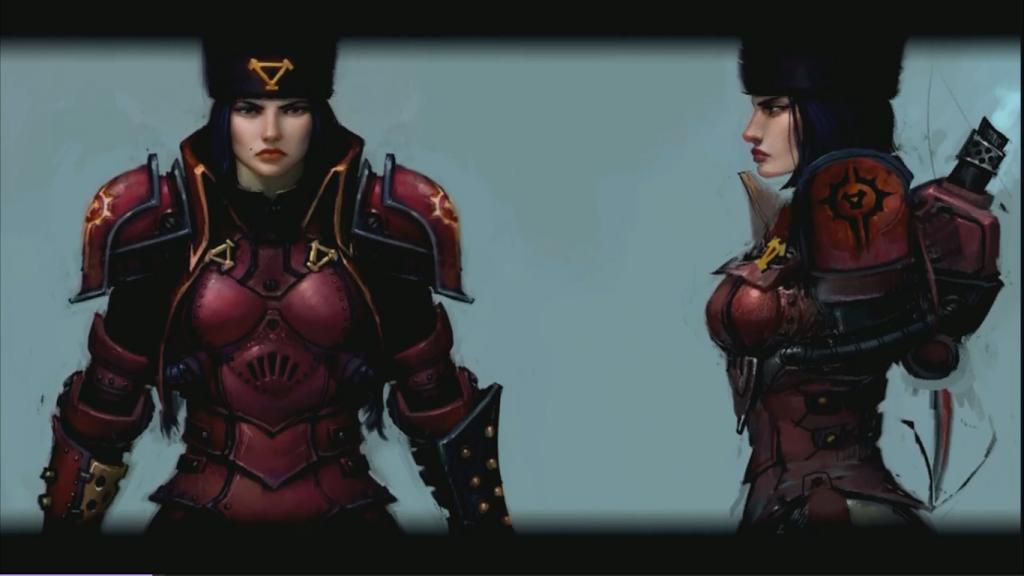 Melee Assassin:
Sorscha vastly improved with the switch to MKIII in the melee assassination department. She picked up a cool rule on her hammer called Shatter. This gives an aditional damage dice to stationary models. Now instead of just POW13 she is a pseudo weapon master vs frozen meat. Most casters will struggle to survive vs these kind of hits if she makes it to them with a reasonable amount of focus. And even if she doesn’t get the job done, stationary models are still a good target for a behemoth to land the killing blow, just don’t blow Sorcha up in the process :p
Khador’s threat ranges can get to absurd levels if you haven’t seen beast 09 in the hands of Sthrakov – you should take a look. Sorcha is no different in this department.
She has nasty movement

That threat adds up to 19″ of frozen pain coming your way. Now she won’t have much of a stack of focus if she has to rush and boundless but, the potential is there!
Ranged Assassin:
Sorscha’s feat makes ranged assassination a piece of cake. Line up a couple Winter Guard Rockets and Behemoth to the enemy caster and they are going to be in panic mode. To truly create some sadness throw in Eiryss1 disruptor bolt to remove any hope of survival by stripping focus/fury. 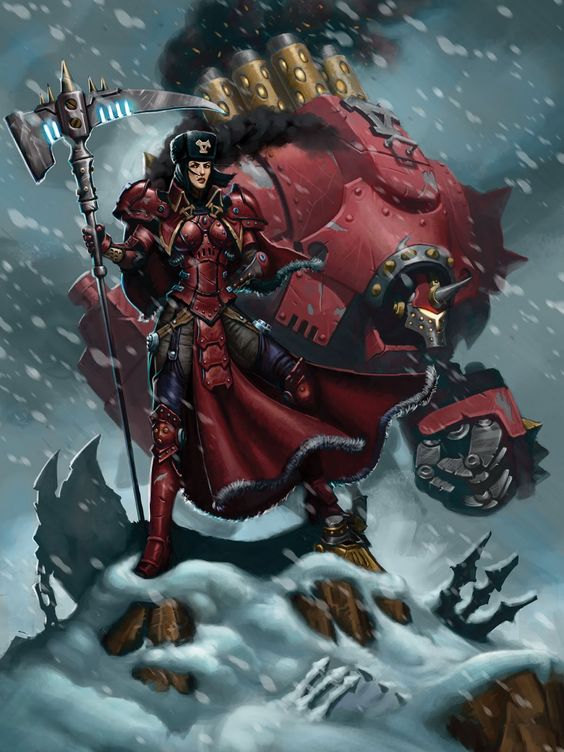 What Stops the Cold?

Fighting Sorscha can be pretty painful but there are ways to minimize her impact.
Sneaky: A stealth caster/model can be pretty safe from the range assassinations if Sorscha doesn’t have Reinholdt or a Spriggan to flare you up.
Buffs: There are buffs to prevent stationary like Retributions Lys Healer, Menoths Book, and the animus Safeguard.
Big Camp: If your caster is ARM17+ you can probably full camp and even with all of Sorcha attacks will have trouble to take you down minus some spikey rolls.
Offense: Sorscha is squishy and if she missteps things can do legitimate damage to her. She is only ARM15 so if you can hit her high defense you can probably put her in the ground. Explosive boosted AOE damage can make her respect her opponent. Look to knock her down with a throw or by slamming something into her.

Have a cool Sorcha 1 story BoLS? Please share in the comments below.