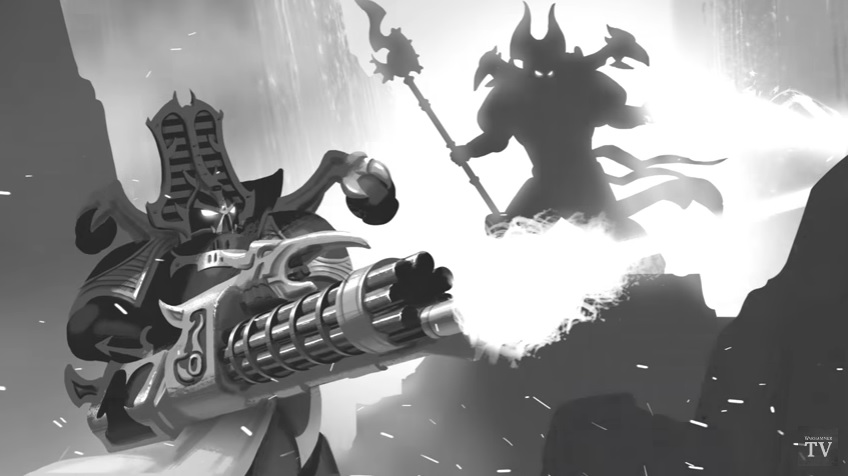 Curious about the new Rubric Marines? Join us as we take a good look at the Sprues in the box!

After many years the Thousand Sons are finally getting some amazing new plastic kits. We got our hands on the Rubric Marines and they are another fantastic kit from Games Workshop:

These models are a sight to behold. The amount of detail on the helmets alone is bonkers. Games Workshop stepped-up their game with the new Space Marine kits they have been producing and these new Thousand Sons got the benefit. Their right arms have that new type of wrist-joint so lining up the weapon with the left hand is a breeze. The rest of their armor is really crisp and has tons of details. Even their boots have a little something special on the bottom! 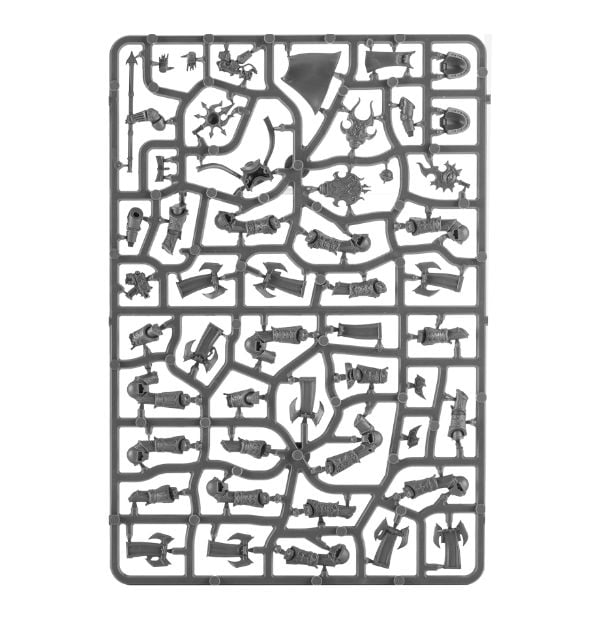 I loved that their armor is based off the Mk. IV armor as well. This is a Legion that (as you probably know) the majority of have been bound to their armor from the Horus Heresy. Nothing is left of their physical bodies – just dust. So the fact that these new plastics no longer have the newer Armor Marks fits perfectly. Same goes for their Terminators – It’s a nice touch and it makes sense. 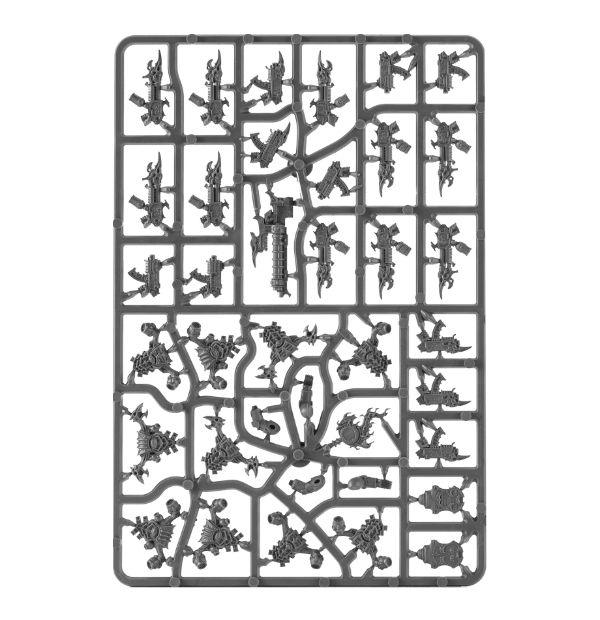 I’d also like to call out the amount of stuff you get in the box. Games Workshop has packed this kit full of all the weapon options you could field with the 10 Rubric Marines in the box: 10 Bolters, 10 Flamers, 1 Soulreaper Cannon and all the bits to create an Aspiring Sorcerer with all the fixings. 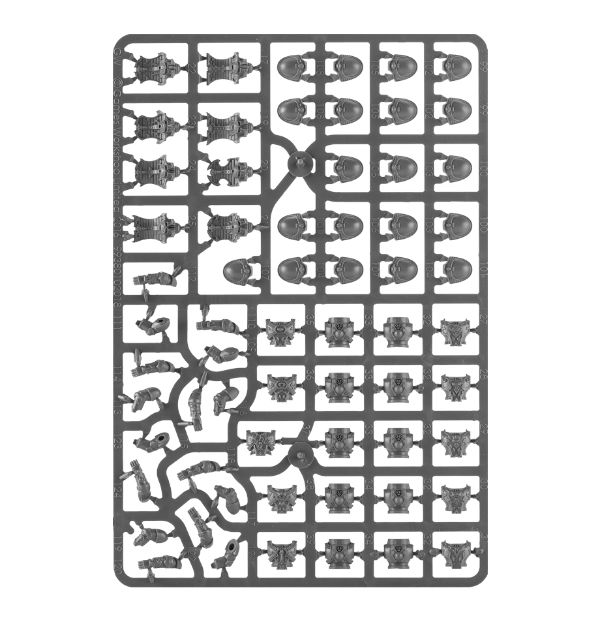 Overall, Thousand Sons players should be quite pleased with this product. Hey, if you wanted to add a squad to your Chaos Marines this is a great pick-up now, too! On a side note you can take a unit of up to 20 and you could put Flamers on all of them. That would be a scary unit to charge if they didn’t have Slow and Purposeful – good thing they have a relic for that… 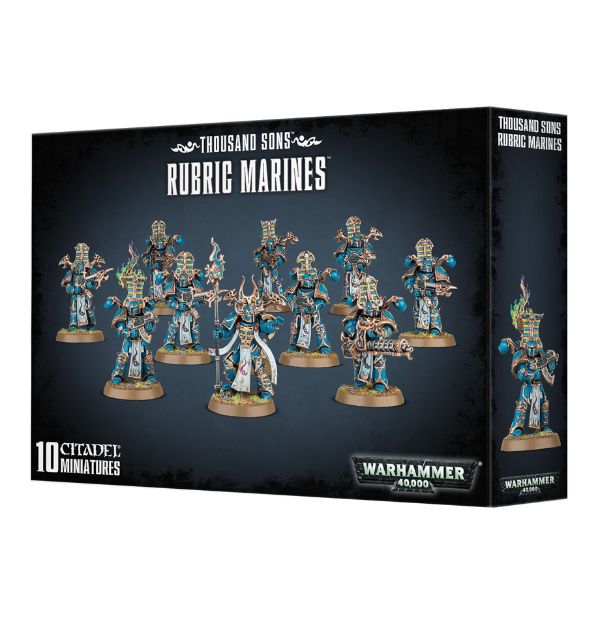 Stepping out from the fog of war come the Rubricae. Many of these undying warriors were psykers in their own right, before an ancient curse damned them to an eternity as living husks – their baroque power armour now contains nothing but sparkling dust. In battle, a malevolent witch-light crackles around the eyes of these traitor Space Marines as they open fire on those they would have once called brothers. Their infernal weaponry spits plumes of warpfire into the ranks of the foe, flesh and molten armour exploding in all directions as salvo after salvo hits home.

The Thousand Sons march on with a great new kit hitting shelves this weekend!

Author: Adam Harrison
Writer, Editor, Texas Native, and Austinite for 15+ years, Adam covers all things Tabletop Gaming. Which includes Warhammer 40,000, Age of Sigmar, D&D, Board Games and everything else that involves dice, boards, cards and a table. A hobbyist, player, and collector of miniatures and games, Adam's current obsession are his Death Armies for Age of Sigmar, his Blood Angels and Tyranids for 40k, and his ever growing Arkham Horror: The Card Game Collection.
Advertisement
Chaos Marines Games Workshop Miniatures Unboxing Videos Warhammer 40k
Advertisement 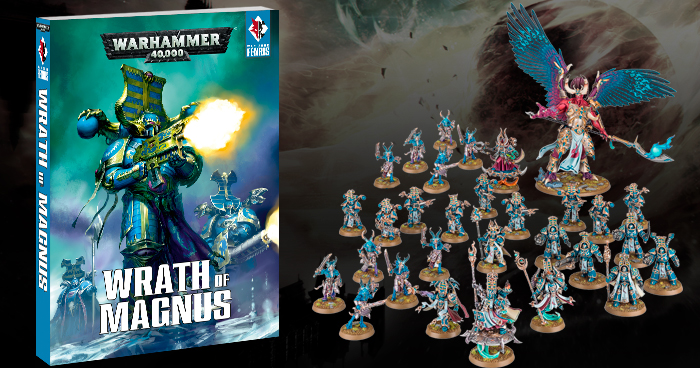