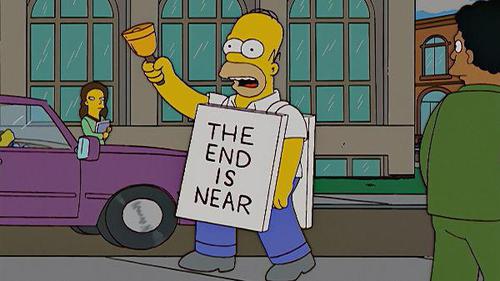 As 2016 winds down, it’s time to take a look back at the games that came out this year. Here are my top five you might not have tried.

A lot of great stuff came out this year. Pathfinder released their pocket editions of the Core book and Bestiary. Wizards of the Coast brought us Storm King’s Thunder, Curse of Strahd, and Volo’s Guide to Monsters. Shadowrun continued to be a game that exists. But 2016 saw many more smaller releases that might have slipped under your radar.

So I’d like to present to you my end-of-year review of the five best RPGs that you-might-not-have-heard-of* of 2016.

Maze of the Blue Medusa 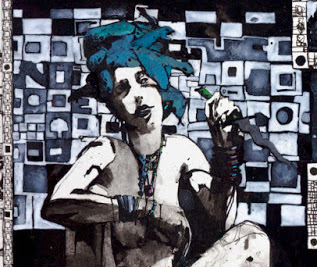 I’m not real sure where to begin talking about this one. Do I tell you that it’s a massive dungeon crawl? I mean, technically but that doesn’t do it justice. Do I mention that it’s beautifully written (Silver Ennie winner for Best Writing), maybe, but that leaves out how well put together it is. It’s D&D done differently. If Wizards of the Coast had an indie label, that’s where you’d find this–and I mean this in the best way. Written by Zak Sabbath (A Red and Pleasant Land) and Patrick Stuart (Deep Carbon Observatory), Maze of the Blue Medusa is equal parts adventure, art book, and novel. The only thing it’s not, really, is a maze.

So if you’re looking for something truly unique, be sure and check it out. It’s worth it. 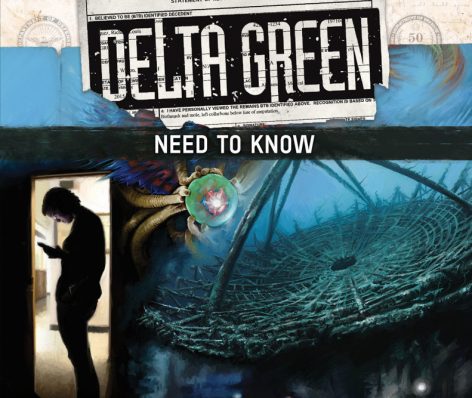 “Born of the U.S. government’s 1928 raid on the degenerate coastal town of Innsmouth, Massachusetts, the covert agency known as Delta Green spent four decades opposing the forces of darkness with honor, but without glory. Stripped of sanction after a disastrous 1969 operation in Cambodia, Delta Green’s leaders made a secret pact: to continue their work without authority, without support, and without fear.”

Oh man. This game. Delta Green began life as an alternate Call of Cthulhu setting and has since gained a life of its own. A shadowy, intrigue-and-peril-filled life, but a life nonetheless. Delta Green: Need to Know contains everything you need to know (hah) to get started playing in this setting.

It’s honestly one of the best quickstart books I’ve ever seen. Granted, it can feel like it’s talking down to you a little (especially in the early parts of the book where it’s introducing gameplay concepts) but the book does such a fantastic job of introducing you to the world and the tone you’ll evoke when playing this game, that it doesn’t really matter.

And it’s free. So what are you waiting for? Go download the game, and take a break from killing all those orcs to go off and fight evil from the shadows. 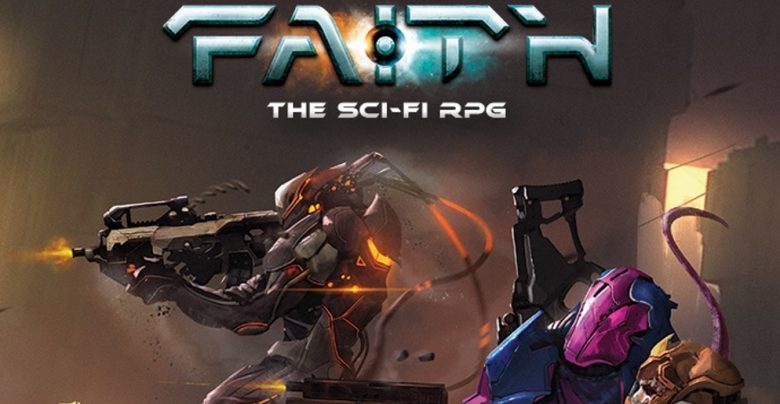 I love sci-fi games. It’s hard to find a really good one–partially because sci-fi games often take a while to really sink in and get going. Not so with Faith. It its the ground running and pulls you hard into its world of crazy space gods and technology and cards. Wait, cards? Yup–in Faith, God isn’t the only who doesn’t play dice with the universe. It has a card-driven game engine, that lets you pick and choose when and where your “bad luck” is going to show up, which forces you to make some interesting decisions over the course of play.

After its successful Kickstarter, Burning Games has released a number of new products for it–you can now find a boxed campaign set (that plays a little more like a board game), as well as new streamlined versions of the rules. And best of all, you can find a free quickstart booklet, so you can take the world of Faith out for a spin to give yourself a nice break from killing orcs one after the other.

Bubblegumshoe was as delightful as it looks in that picture up there. There’s a core of happiness to it that makes solving the mystery of the week a ton of fun. Evil Hat put in a ton of work designing the aesthetics of a Nancy Drew or Encyclopedia Brown-esque game–and they succeeded.

Playing this game is like stepping into the mythical Americana as you create a high-school sleuth and solve mysteries in smalltown America. It’s one of the few games I’ve seen that handle mysteries well. Solving crimes isn’t just a matter of rolling dice until the GM tells you that the mystery’s been solved–there’s a lot for characters to do to try and figure out who did it.

I really enjoyed the way they captured the drama of these kinds of stories as well. After all, you’re playing someone who cares about mroe than just solving mysteries–there are rules included for social throwdowns and fist fights right alongside how to dig up the dirt you need. All-in-all this is a ton of fun–and it’s family friendly too, both in terms of content and rules mechanics (the game uses a streamlined version of GUMSHOE). So if you’ve got some young gamers of your own who are up and coming, you might check this one out.

If you have never played Apocalypse World, you are missing out. As you might guess from the title, it’s a post-apocalyptic rpg, but it’s one that features a flexible, narrative-driven ruleset that allows for all kinds of actions in-game. Apocalypse World is flexible enough to spawn a whole host of subgenres–you might have played Dungeon World, Monsterhearts, or Sagas of the Icelanders using this system.

And 2nd Edition brings a number of improvements. They clarify a lot of the vague portions of the rules and give you a much better toolset for designing and resolving your own conflicts. I love this system and the setting–it’s crunchy enough that it actually feels worth it to have rules, and exciting enough that it’s fun to play even on its own.

I’ve linked a free preview version of the rules up there–and you can find the rest of the game online in the usual places.

There are of course, plenty more releases–but these are five of my favorite that came out this year. Be sure and stay tuned next year for more RPG news and coverage!

Have you tried any of these systems before? Did we leave your favorite release of 2016 out? Let us know in the comments below!

*Except you, obviously. You’re unshakeably cool and I’m not at all surprised that you have heard of it.

Author: J.R. Zambrano
Bell of Lost Souls Staff Writer and DM, J.R. covers RPGs of all stripes and on occasion eats sandwiches. You can ask him about either at [email protected]
Advertisement
Review RPGs
Advertisement