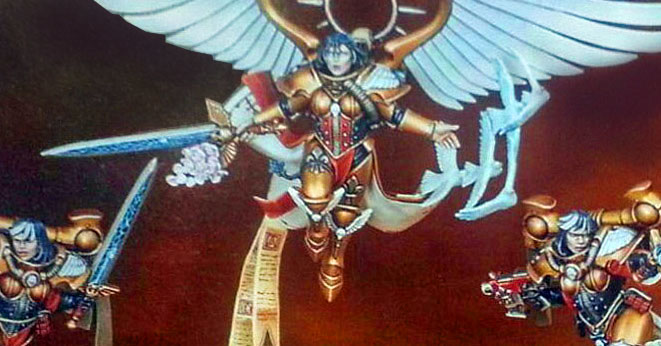 GO GO GO – these images breaking across the web HAVE to be seen to be believed!

We’ve been hearing for months that Sisters are coming in plastic and we had a funny feeling that Codex Imperial Agents was holding back on us all in the Sororitas department.

Take a look at these images that just broke in the wee hours of the morning: 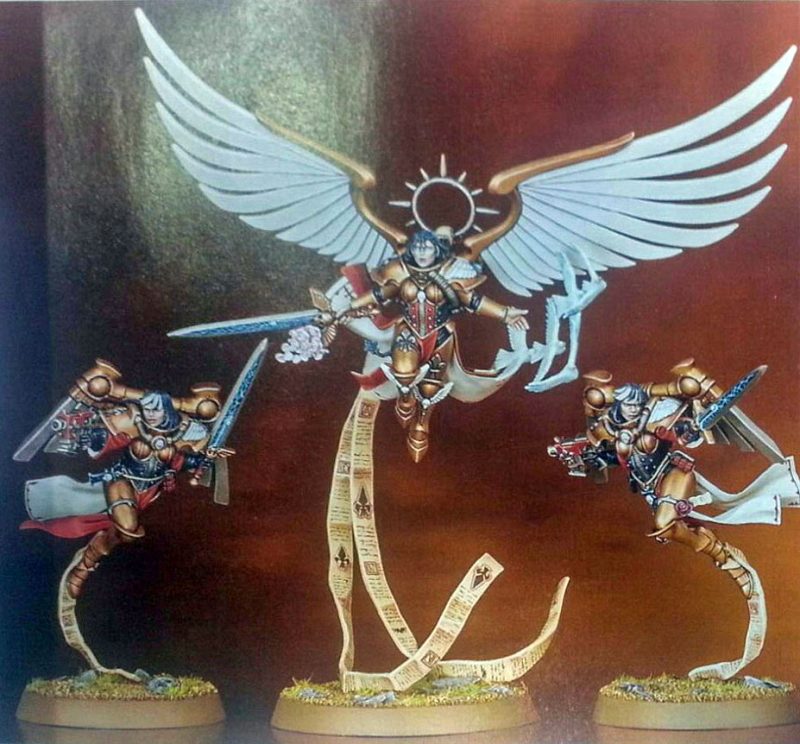 A plastic St. Celestine and Seraphim I presume. Note the really high distance they can get the minis off the bases via those scrolls and modern plastic design.  Also – doves! 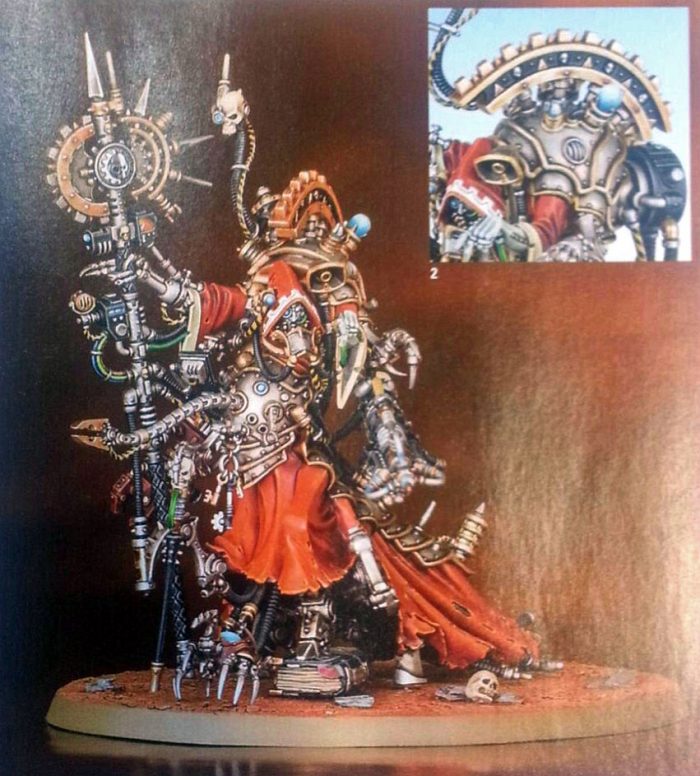 Ok, so can we be honest and say this is the craziest and most detailed insanity of a Mechanicus mini GW has ever done.  If this kind of masterpiece can be done in plastic, I think Forge World may just want to stick to the big kits.  This thing is just CRAZY! 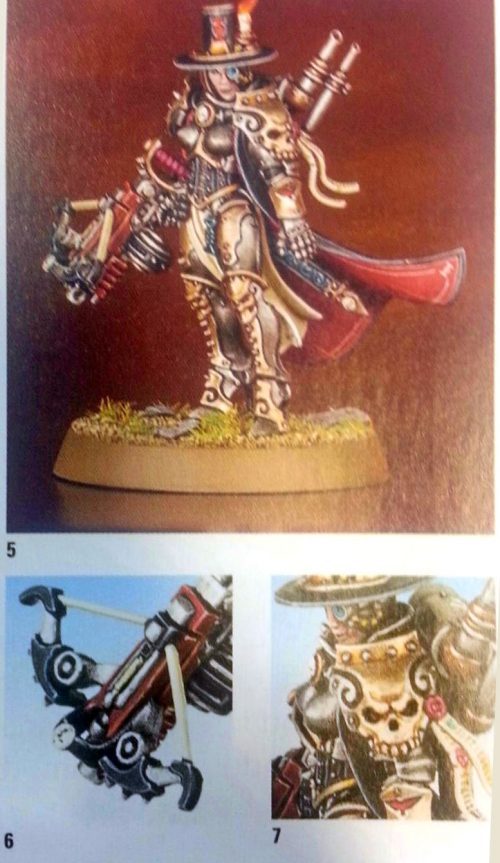 Have Pilgrim-hat – will burn heretics! Call 1-888-INQ-BURN. Nice to see a female Inquisition character in plastic and I have no idea what that combi-crossbow thing is, but I like it.

There was a teensy cropped leak of this image from the cover of next month’s White Dwarf and now we can see the entire thing.  This looks like a campaign book to me.  “Fall of Cadia” sounds rather dire doesn’t it? January 07th – it would seem GW is kicking off the new year with a bang. 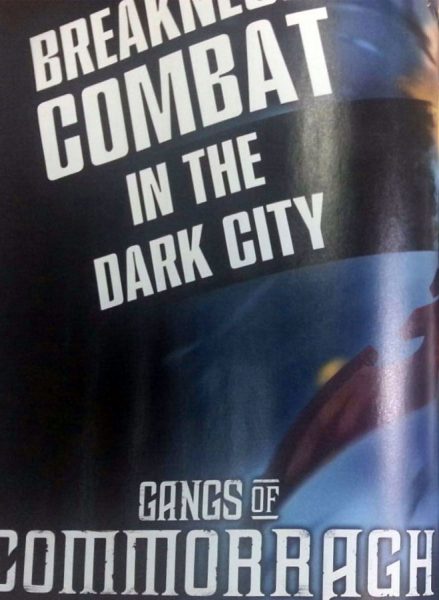 Last and indeed least we get this page of some type of Dark Eldar product set in the Dark City.  On a normal day this would be giant news, but look up there boys and girls – this is NOT a normal day.