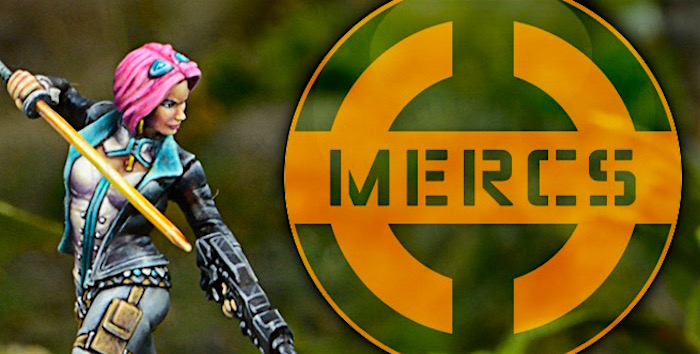 Corvus Belli has an upcoming mini for you BoLS readers to check out first!

MIRANDA ASHCROFT, AUTHORIZED BOUNTY HUNTER
“Elegance is inborn. Believe me, it ain’t easy being so fucking stylish while hauling all this tactical gear.” Miranda Ashcroft, Authorized Bounty Hunter, during an interview for Spherepolitan: Your link to chic!!
“The real first name of Miranda Ashcroft is ‘Trouble’”. Sergeant Henryk Adamowski, Bakunin Moderators Corps.

The path from the society section of top newscasts to the headlines of tabloids is a well-trodden one. It is almost a matter of course that the young heiress to a wealthy name will be seen holding an elegant soirée one night, and a mugshot sign the next. These girls have it all; dissolute behavior is their prerogative, so the odd DUI or possession charge (of high-end Silk derivatives, and nothing cheaper) barely raises eyebrows anymore. Except for Miranda Ashcroft, that is. She went well beyond the call of duty.
Miranda always had a thing for bad boys. The more her family disapproved of them, the better. So, in her young mind, eloping with her bodyguard to Bakunin, where the age of consent was a mere 15 years, was the next logical step. Despite cries of “Ashcroft Scandal”, media professionals were hardly shocked by the affair.
But even we seasoned veterans of the yellow press were left agape when the madcap teenager seduced the bounty hunter her family had sent to track her and her salacious bodyguard down. Watching that stranger beat her lover up, Miranda decided to trade her old bad boy for a new, “badder” boy. The poor bounty hunter thought he had struck gold, but he sealed his fate when he decided to impress Miranda by teaching her a few tricks of the trade. Miss Ashcroft already knew her way around a gun–hunting being a popular pastime amongst the highborn–and she soon developed a taste for the thrill of shooting armed men instead of perplexed deer or wood pigeons. So her platinum credit chip burned a trail across tactical gear boutiques and special training academies in VaudeVille and Shentang. With an unlimited supply of charm, cheek, and money, she quickly helped herself to her now ex-boyfriend’s contact network and set up shop as a freelance agent. 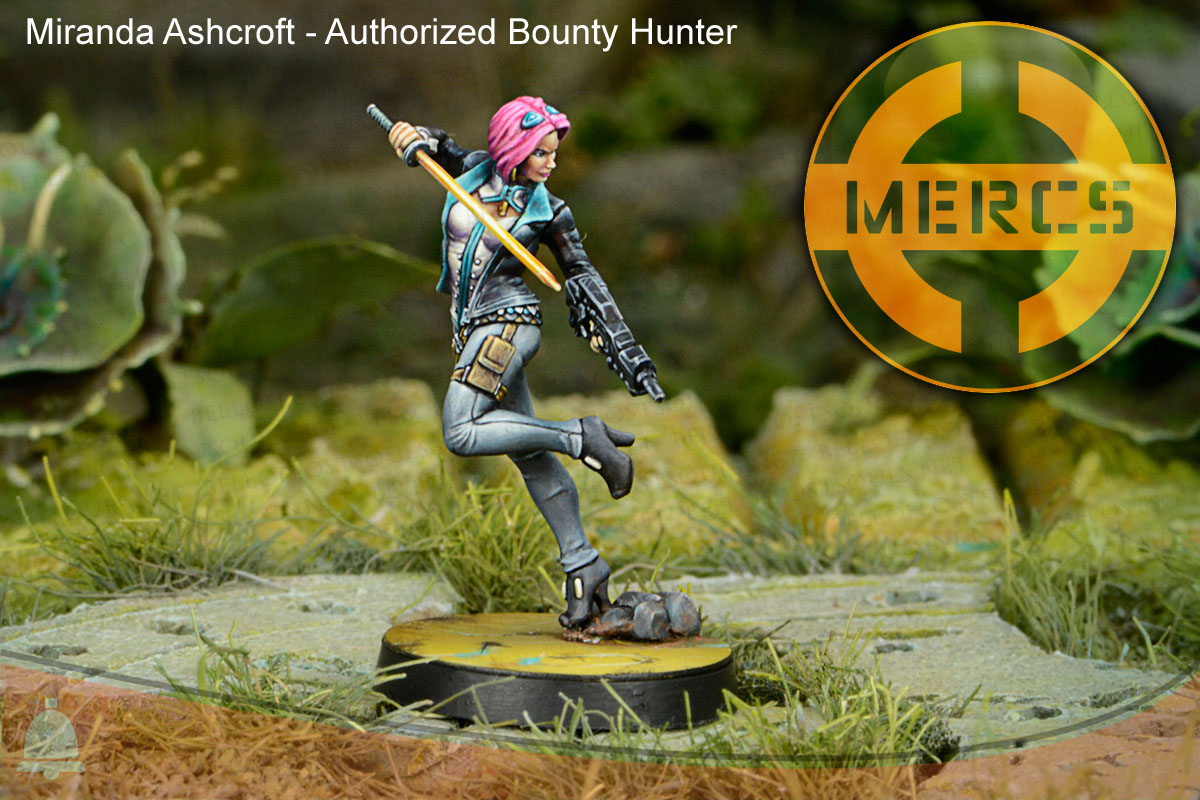 Soon, Miranda caught a couple of big-name fugitives and her image was plastered across fashion portals from one side of the Sphere to the other. She caused quite the commotion in the headhunting business with her looks, her manners–refined but exuberant–but most of all with the entourage of expensive, unscrupulous lawyers that followed her everywhere and lobbied her out of trouble every time she was in hot water, which was often. Discretion was never a part of Miranda’s skillset, and her reputation spread from the informal meetings of the Bounty Hunter Syndicate, where she was known as “the Marquise” or, as she would eloquently say, “that’s lady Marquise to you [redacted] plebeians.”
The Ashcroft family is not above downplaying the debauchery of one of their own, and Miranda was certainly not the first of her name to break the rules of decorum, but her constant scandals and borderline criminality proved too much for the Ashcroft patriarch, who decided to expunge her from the family register— and his will. However, Miranda was the direct heiress, and certain obscure feudal traditions prevented her from being disinherited, as her faithful lawyers pointed out with shark-like glee. Nevertheless, no amount of legalese would convince the Ashcrofts to tolerate her presence, and she was banished from the family reunions. With this, the notorious brat had gotten her way once and for all: she retained her line of credit, free of familial obligations, and set up permanent residency in the wild side of life, the gruesome details of which I shall spare our audience…” 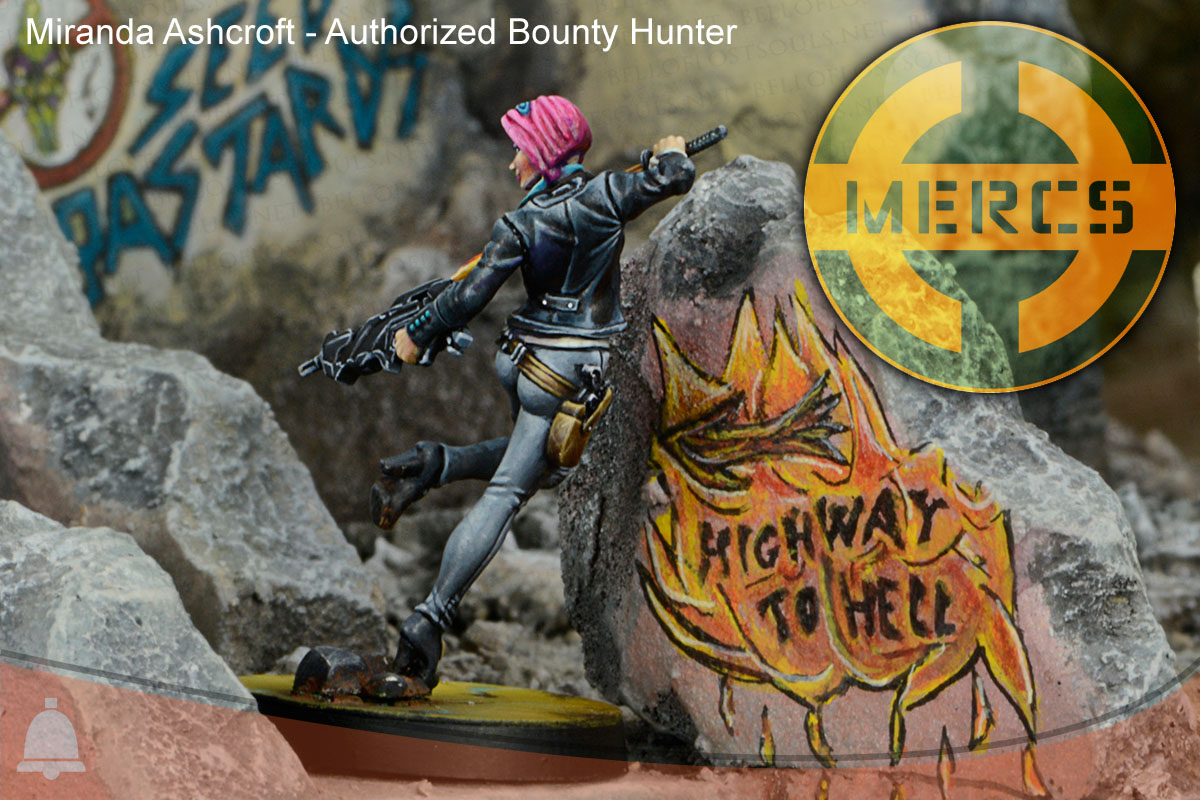 This is a single blister miniature that will arrive to stores on Mid-February.

This miniature is the regular release of this character, wich also had an Exclusive version years ago as the pre-order bonus with the INFINITY Artbook One.
~Have at it folks! 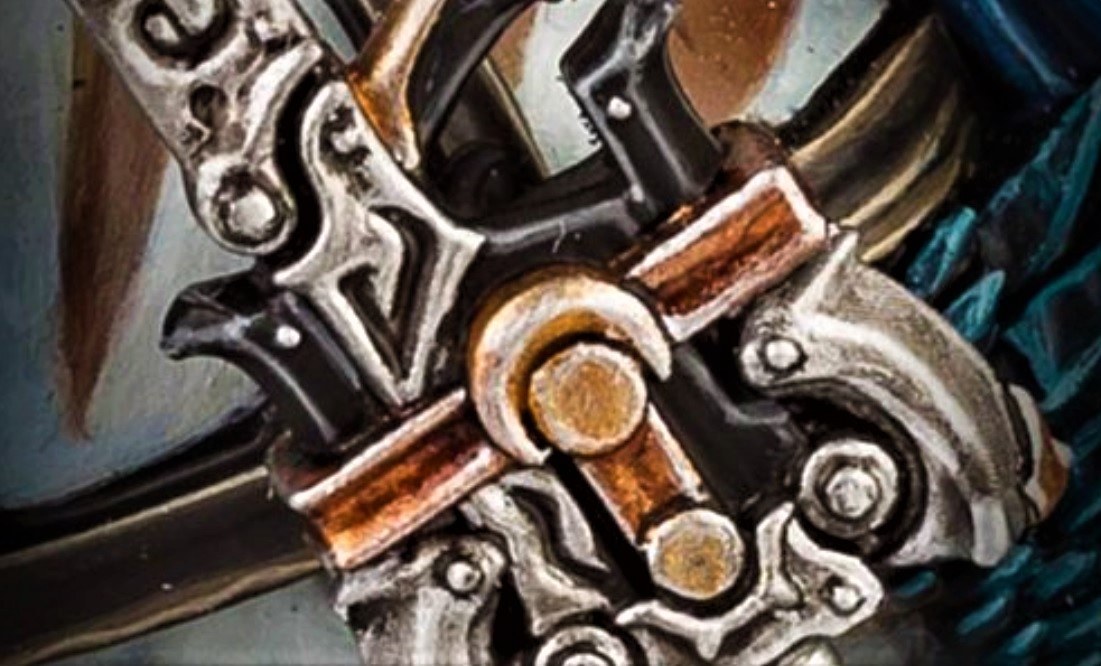