Gangs of Commorragh: Inside the Box

BoLS will be covering Gangs of Commorragh all week. Let’s start off with a peek inside the box. 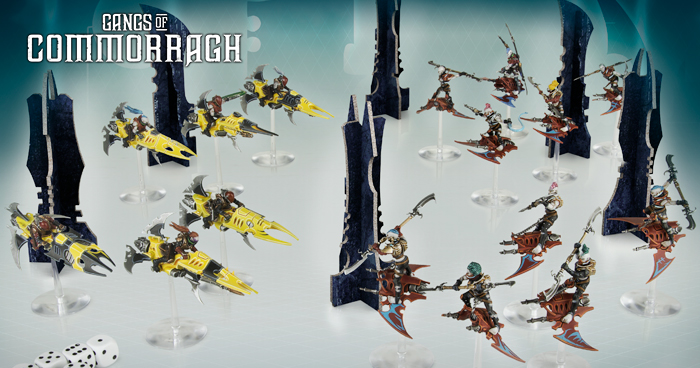 We’ve already gotten a rundown of the pre-game set up and a sample turn from GW’s demo game this week.  Now let’s tear open the box and show you around GW’s latest boxed game. 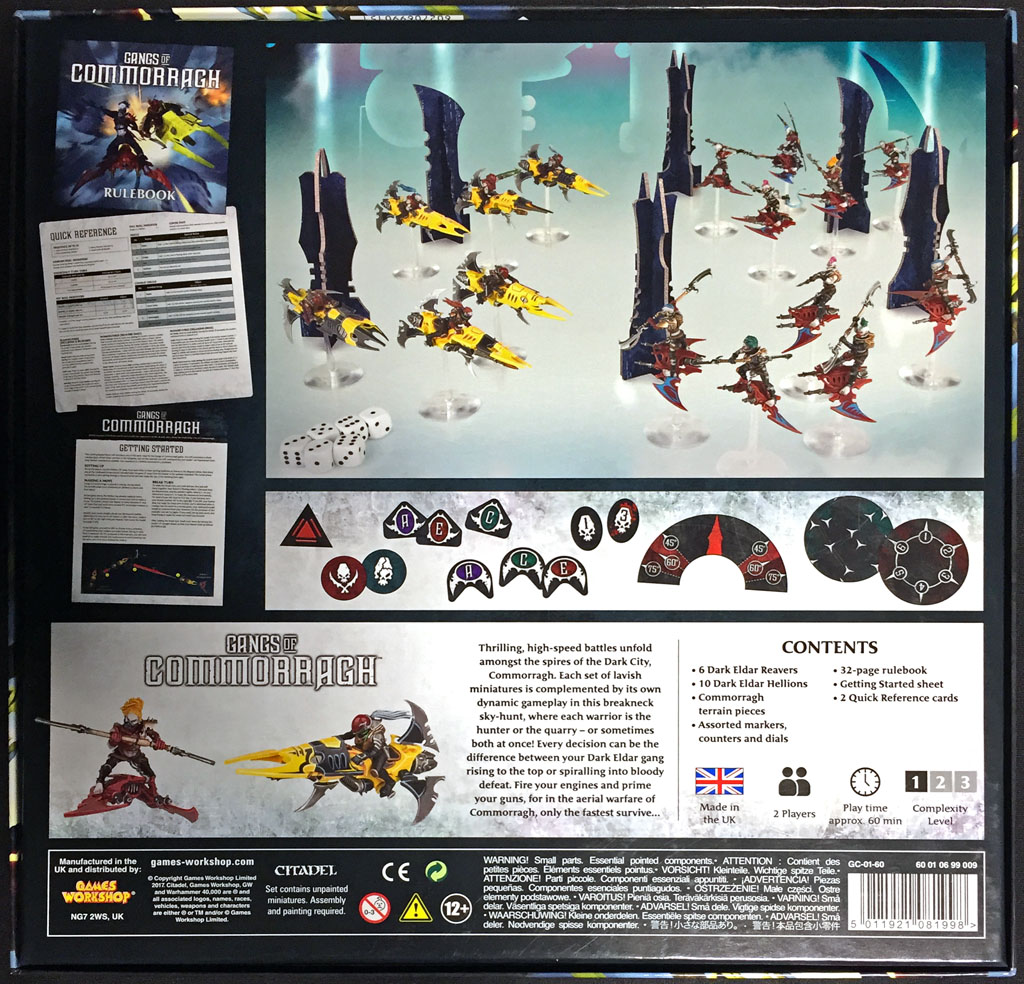 Everyone’s seen the front of the box, so let’s flip that thing around and check out the back.  Note the “Complexity 1” rating, 12+ ages, and 1 hour playtime.  Fast paced and aimed at new players who can get hooked on 40K in time… 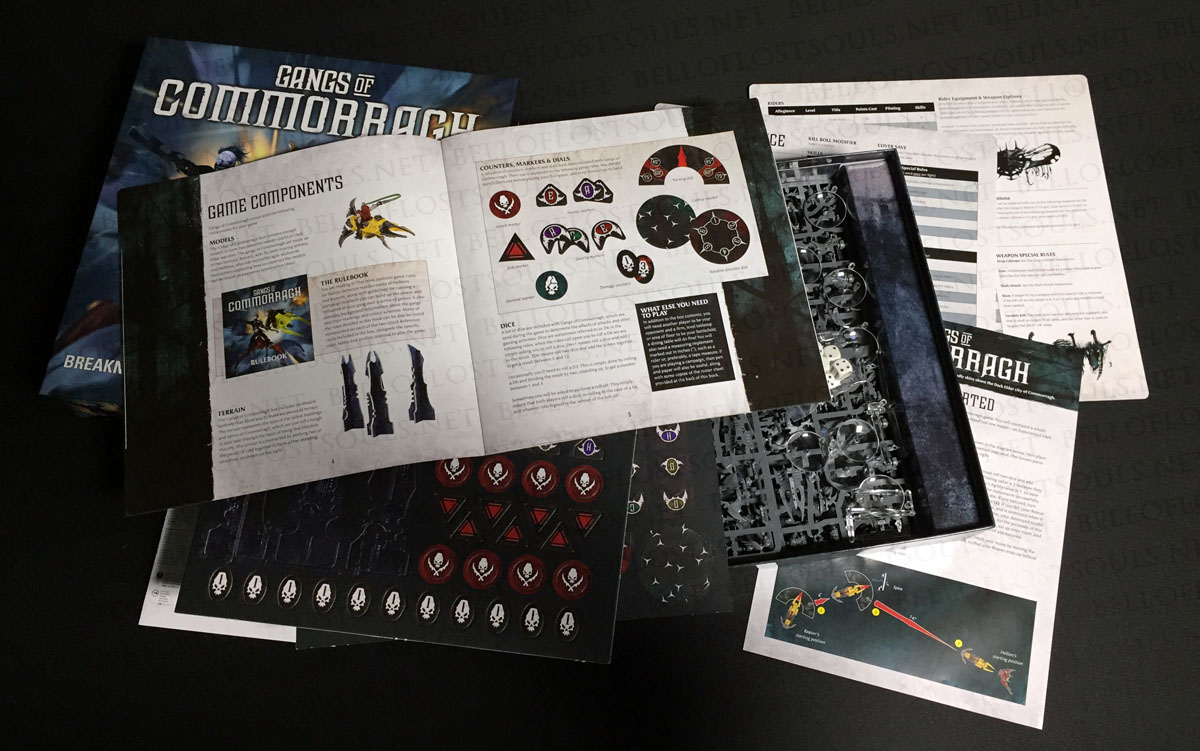 Here’s the big unboxed contents spread.  The majority of the box is filled with the 16 minis. The entire game is presented in the 32pp rulebook, two sheets of thick card tokens, 2 reference charts and a 1 page getting started guide.  You should be up and playing within 10 minutes after your models are assembled. 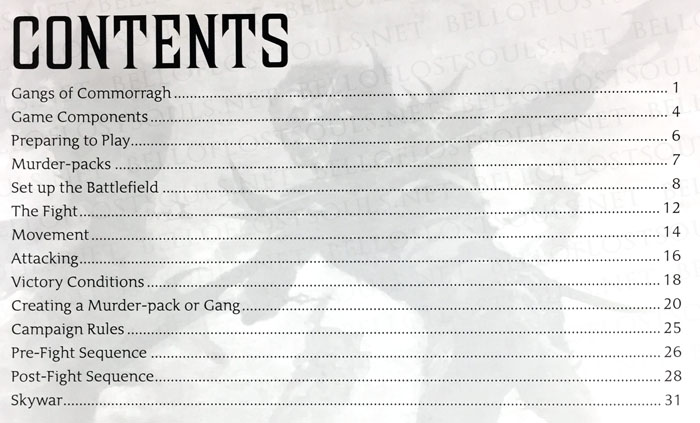 Speaking of that 32 page rulebook, here’s the table of contents.  The core rules themselves are under 10 pages. The simplified campaign structure does a good job of giving players room to grow and customize gangs. You get just enough special rules to keep games from getting repetitive while still putting your valuable dudes on the line. It’s very much a streamlined fast-paced version of Necromunda. 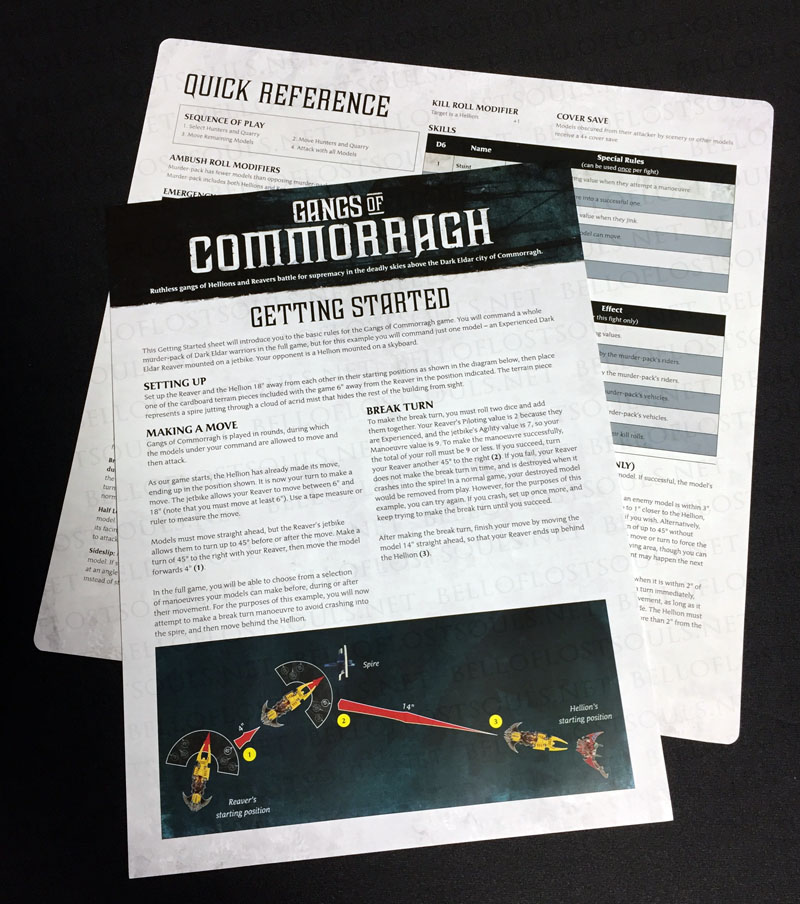 Here’s a closer look at the frontpage of the Getting Started  and Quick Reference sheets. You can see the use of the turning arc guide and the basics of moving models and making break turns.  The Quick Reference shoot has all the turn structure basics and charts for weapons, equipment and special maneuvers for both Hellions and Reavers.  The campaign and special mission rules are all in the main rulebook.

I would be SHOCKED if rules/ add-on packs for adding Scourge gangs aren’t far behind this one. 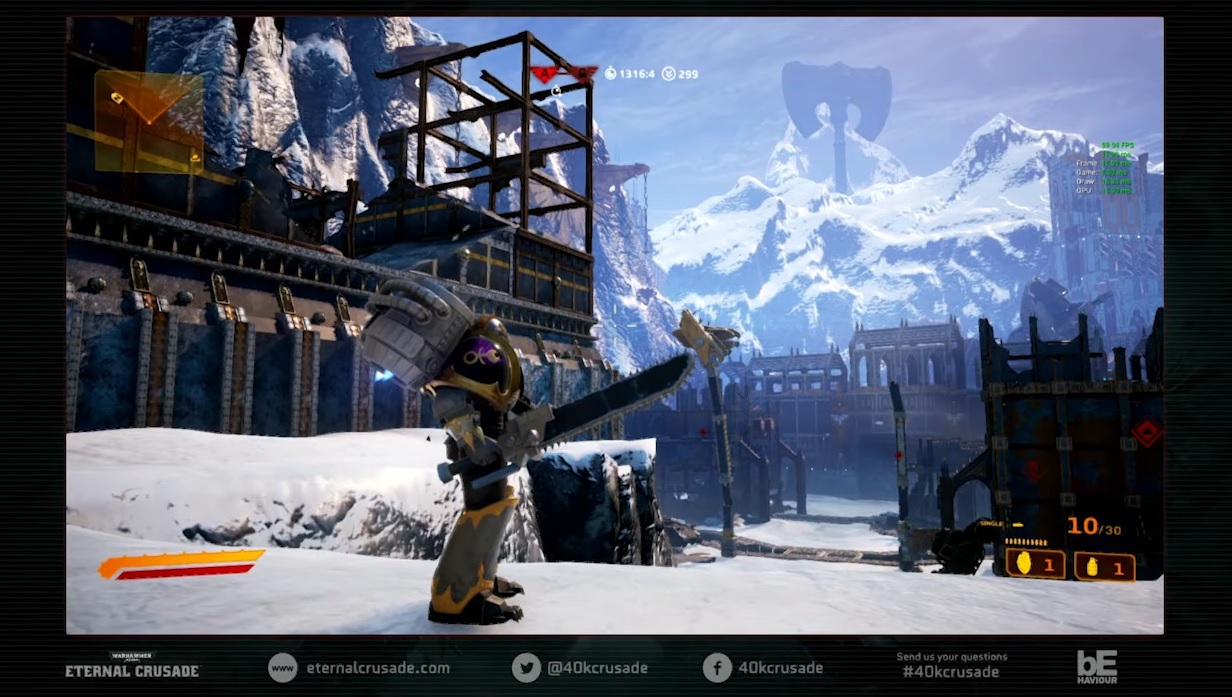