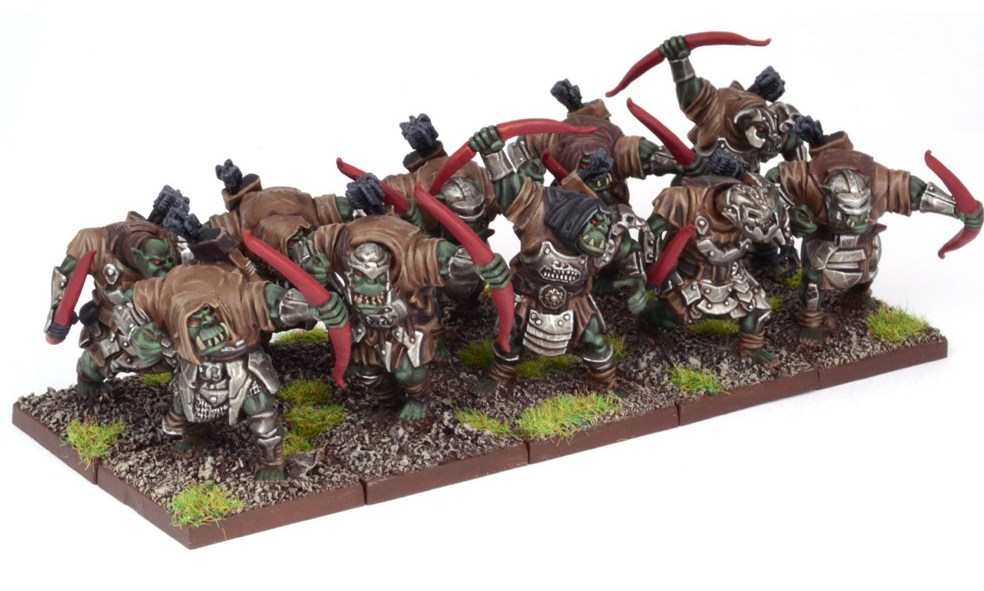 Nick Williams rounds out his Kings of War orc army  with some chaff units in today’s installment.

Catch up on Part One and Part Two of Nick building his Kings of War army.  Ok, let’s proceed.

We’re now starting to run out of points with just 565 remaining. One thing this army is sorely missing so far is some disposable chaff units. Units that are designed to gum up the enemy and die at a time that suits you. If they magically survive then they can claim some objectives.

Usually with a fast list like this, some light cavalry at speed 9 or 10 with Nimble would be best. Unfortunately Orcs don’t have access to any light cavalry, so the other suitable unit is the lowly troop of Skulks. At 75 points Skulks are very cheap and with Speed 6 and Vanguard they can get all the way across the board by the end of the first turn. They can certainly get up in the enemies face fast enough to screen Gore Riders. Skulks are also good at sitting on top of objectives.

A quick hint is not to necessarily grab Loot with them. Move up, sit on top of the Loot and the enemy is forced to take you out in combat. If you picked up the Loot then when they Rout you in melee, they would be able to take the Loot. Instead if you just sit on it, then they’re forced to advance after melee to try and pick it up. That could mean overshooting the Loot entirely if they roll a 6 for the advance, or just simply being forced to move into your charge range.

I’d like to take three of them again (this is becoming a fairly common number!). Perhaps if I have the points I could bump this up to four units, but certainly for the time being three will suffice.

~More Kings of War in the days ahead.

Author: Mars Garrett
Pop culture staff writer that has been on the BoLS team since 2010. Contributor on the One of Us podcast. Marvel, Vertigo, and dystopian sci-fi fan. Enjoys bad movies, amazing stunt performances, and the internet. Hates rom-coms. (she/they)
Advertisement
Armylists Kings of War Mantic
Advertisement 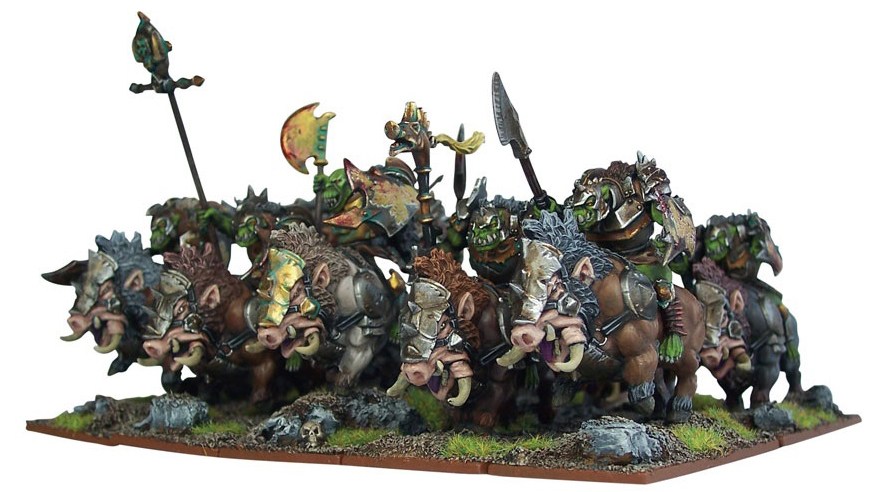