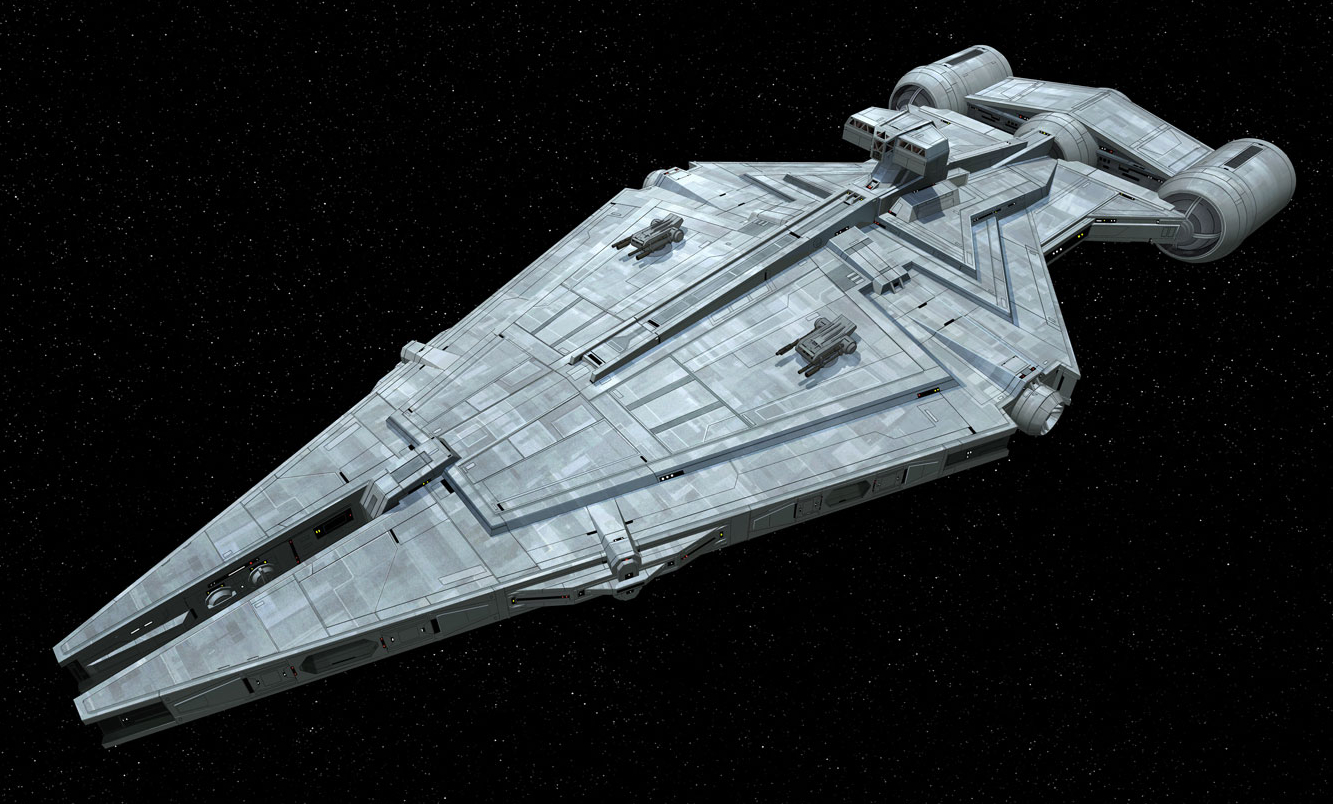 Today we compare the venerable CR90, with the newly arrived Imperial Arquitens class and ask: “who is the best skirmisher?”

For the first four waves of Armada the Rebels were the clear masters of the long range skirmish game. Topping their list of powerful and well priced fast ships has been the CR90 Corvette, in particular the A version. The introduction of the Raider in Wave II gave the Imperials some ability to play the speed game. However the Raider it turned out was a close range bruiser, more matched with the MC30 or CR90b, for fast close in or missile work. Finally in Wave V the Imperials have gained a real red dice skirmisher in the Arquintens class, something to run against the CR90A. But how does the Arquintens really stack up against in main competitor, and which ship is the true queen of the skirmish fight? Well, let’s dig in. 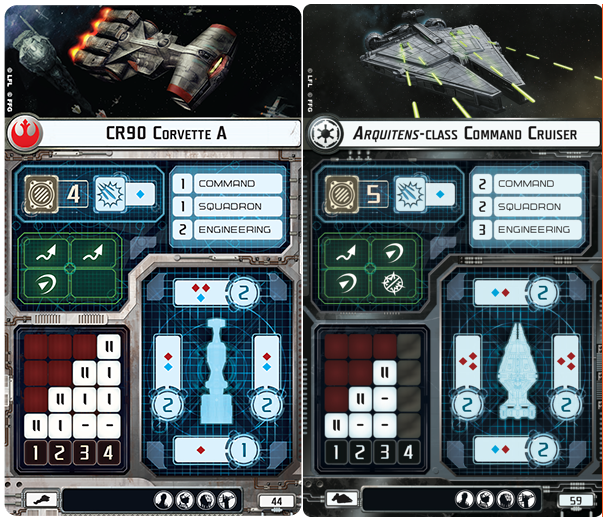 Fight of the year, one night only!

I want to start by looking at the CR90 A and the Arquitens-class Command Cruiser, since the Command version is the better suited for long range skirmishing. Role wise they are very similar ships, both focused on long range skirmishing. The Command Cruiser does get a little more flexibility in it’s role by having squadron two, allowing it to act as a light carrier at need. It does not however get Offensive Retrofits  and so can’t do a whole ton to improve itself in that role. The Command Cruiser does pay for this advantage by having command 2, so while its more flexible in it’s role, it’s less flexible on the battlefield. Frankly given the role these ships are mainly going to play I think the having command one is better than squadron two. 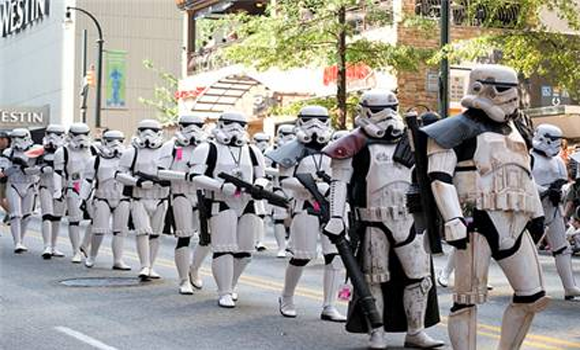 Imperials have always been better at role playing of course

The CR90 is also more flexible when it comes to speed and maneuver. Not only does the CR90a go up to speed four, one speed faster than the Command Cruiser, but it remains very maneuverable at high speeds. The Commander Cruiser on the other hand only ever gets to turn on the last click making it a very strange ship to fly. Lastly, but not least the Commander Cruiser is a full 15 points more the CR90A. 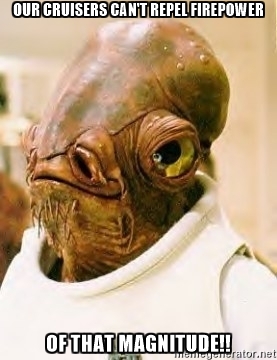 Despite the 15 point difference the two ships are fairly evenly matched when it comes to firepower. The Command Cruiser does have a slight advantage at red range, throwing out three vs two on a single arc attack, or 4 vs 3 on a double arc, which is not insignificant. At close or medium they can both fire up to five dice, four red and a blue for the Command Cruiser, three red and two blue for the Corvette, again an advantage, but a minor one for the Imperial. The big difference comes in the face that the Commander Cruiser is a broadside skirmisher, while the Corvette is more forward focused, meaning you have to use some different tactics to get them optimal shots. 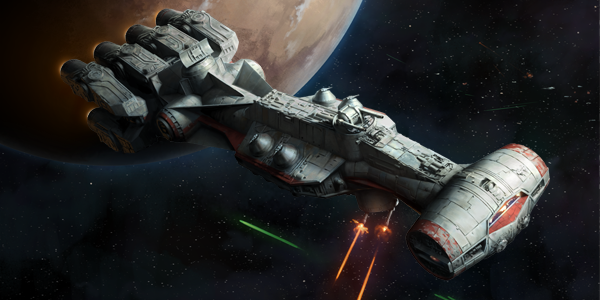 Since the CR90s front guns are on turrets, shouldn’t it really have stronger side arcs?

Now the Commander Cruiser can actually but out up to six red in a turn, if it gets two side arc shots, but that is pretty hard to pull off, especially with a long range skirmisher. In addition the CR90 has one less blue dice out the rear that it’s Imperial counterpart. Overall the Commander Cruiser does have more firepower than the CR90A. However it’s advantages are fairly minor and in most situations it will be getting only about an additional dice more, if that. In addition the greater maneuverability of the CR90A means that it is more likely to get double arcs on an enemy than the Command Cruiser.

Aha! A sports joke, I am so original!

While neither ship is a particularly defensive  minded ship, the Commander Cruiser does have a slight advantage in this regard. When it comes to sheer toughness the Commander Cruiser wins out over the CR90A, it have a total of eight shields and five hull to seven shields and four hull. While the shield advantage s minor, being on the rear, the hull point is important. For tokens its a bit mixed. Both get redirect and evade, with the Command Cruiser getting two redirect and the Corvette getting two evade. 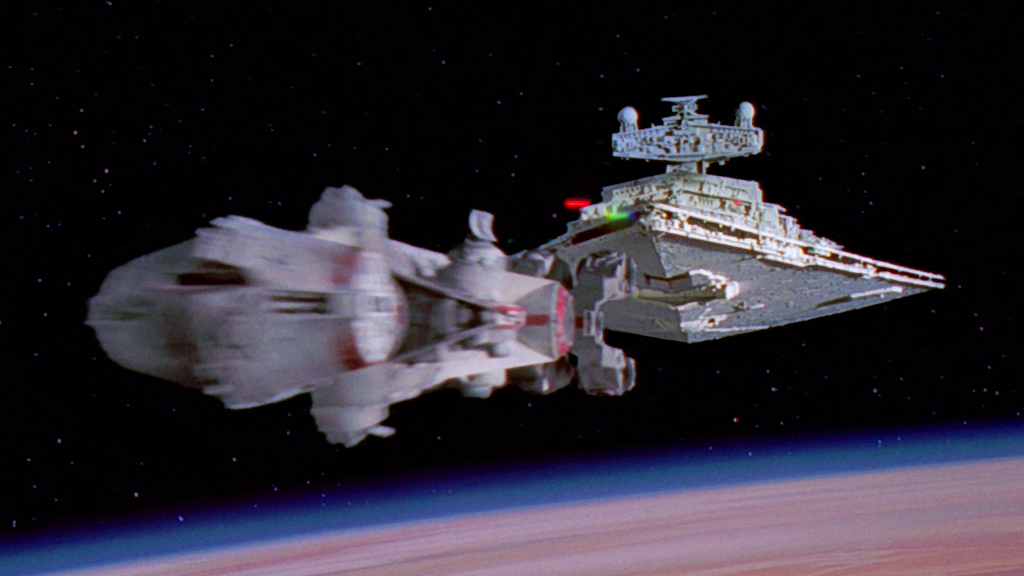 I mean a CR90 can be taken down by a single ISD, so weak!

Overall in their role I feel that the evade is a better token. Neither have enough shields to really make redirect super powerful, and both would much better stay at long range and just negate dice entirely. In addition since Turbolaser Reroute Circuits (TRC) are such a good fit of the role evades double as offensive power. In the Command Cruisers favor it does get a contain, which gives it some added durability and has engineering three vs the CR90s two, meaning it can repair a card of damage a turn if needed. Overall, when getting shot the Commander Cruiser is  significantly tougher. 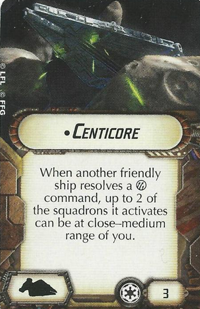 Both ships do get some amazing titles. For my money the new Command Cruiser title Centicore might be the most game changing of the lot. This is the title I see lists being built around, allowing a Command Cruiser to act as a relay and “command” your fighter wing is very powerful. Outside of that I think all the the titles are good, with Tantive IV  being my favorite CR90 title. Jaina’s Light  is the only title that really plays on the role of red dice skirmisher, and it does a good job of adding to that role. Overall I’d say the ships are evenly matched in the usefulness of their upgrades. 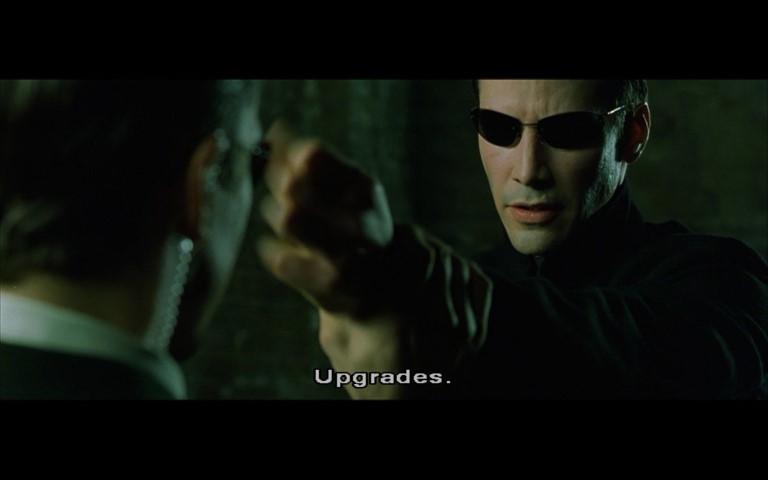 Another timeless tale of Rebels fighting for their freedom

Both ships have access to the same suite of upgrades, Officer, Support Team, Defensive Retrofit and Turbolaser. The problem I have is that the ships don’t really want a lot of upgrades, as keeping them cheap is important. Obviously TRCs are a great choice for both ships, though the CR90A as mentioned before gets more benefit out of it. 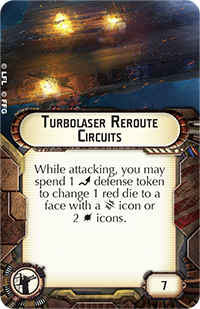 One of the best upgrades in the game

Being a bit tougher the Command Cruiser gets more mileage out of Defensive Retrofits, but they push the price way up and it’s still going to have the chance to get one shotted by a big ship. The Rebels have some better Officers I would say, being able to use people like Leia to take advantage of the ship having Command one. I rarely see CR90s with Support Teams, though for the Command Cruiser you could use Engine Techs or Nav teams to try to help it’s maneuver problems, but again for a bit of a price increase. I think in general the combo of two evades and TRC is the best upgrade option that either side gets. 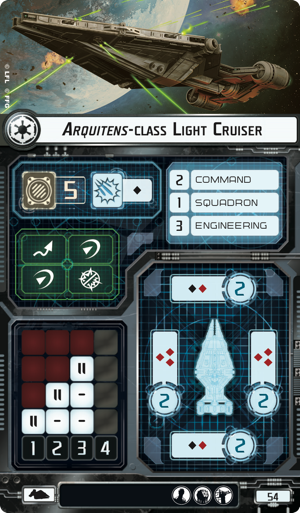 CR90A vs The Light Cruiser

Lets take a quick look at how the CR90A stacks up vs the cheaper version of the Arquitens.  For five less points the Light Cruiser switches out its blue dice for black, one front and back, goes down to squadron one, goes from blue anti-squadron to black, and loses the ability to take support squads. Overall it’s more focused on red dice skirmisher, but not any better at it.  It’s actually worse at medium range and unlikely to get to use its close range one black dice much. In addition losing the Support Team option means it has no way to make up for only having speed three. Still it saves five points and sometimes that’s important. Cheaper, but worse in a match up vs the CR90A.

I think at the end of the day the CR90A is much better at filling the role of red dice skirmisher than the Arquitens. In general their role and firepower are very similar, as are their upgrade options. While the Arquitens is a tougher ship, it’s loss in speed and mobility counterbalances this fact. It’s going to be taking a lot more hits than the CR90A. And at the end of the day the Rebel ship is significantly cheaper. In a one on one fight I would really have to bet on the speed and flexaality of the CR90a leading it beat the Arquitens.

The old gal won’t give up!

Now part of this is not the Arquitens’ fault at all. The fact is that the CR90A, especially with TRC is the most points efficient damage dealer in the game. The Arquitens on the hand is just a little pricey for it’s role, add an upgrade or two to it and it’s almost the same cost as a Victory I, and is nowhere near as tough. There are some good options for running the Arquitens and it is certainly an interesting addition to the Imperial Fleet, but for now the CR90A will remain Queen of the Skirmishers.

That’s all of this time BoLS Fans! Let us know which ship your prefer, and how you run them, down in the comments!