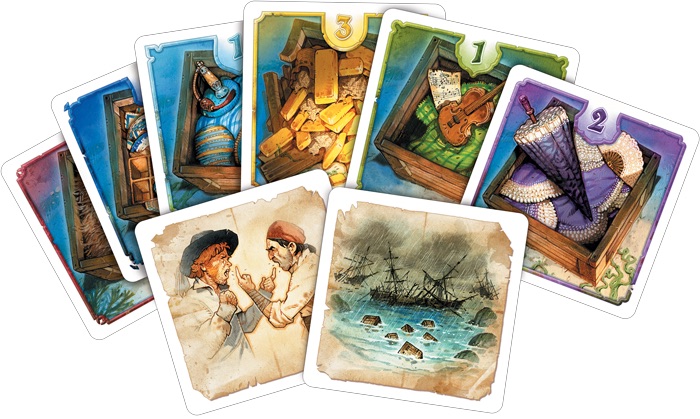 The Tabletop Spotlight is on the H.M.S. Dolores – a new Pirate-like Card Game!

Avast Ye Mateys! …Sorry, no more Pirate talk, I promise! But I couldn’t help myself because of the game our friends at Dragon’s Lair Comics & Fantasy brought over. H.M.S. Dolores which is a really fun and simple game about shipwreck salvaging!

So here’s the skinny – you and your friends are salvagers who may or may not have caused some ships to have terrible wrecks on the shore during stormy weather by using some misguiding lights. Whatever caused these “accidents” doesn’t matter because their phat loot is washing up on shore are you’re here to help yourself to it! You and your team rush out to sea to grab as much as you can and once you get back to the relative safety of the beach you all decide to divvy up the goods in the fairest way possible: The Salvagers Code: 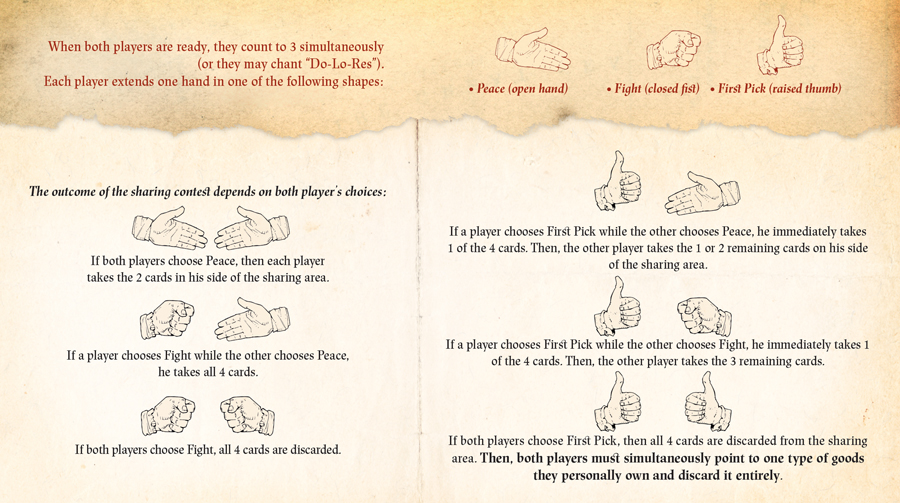 The core game play revolves around this simple hand gesturer game. Each round takes place between two players – you can decided how the loot will be divided up and then on the count of 3 you can throw your hands in according to the chart above.

Players are trying to create different sets to maximize their loot score for the end of the game. There are lots of different sets and there are different ways to play it in terms of scoring. The pros at this game will take into account their own sets and possible sets of their “friends” so that when it’s time to agree to loot distribution between the two salvagers you’ll know what to throw out there. 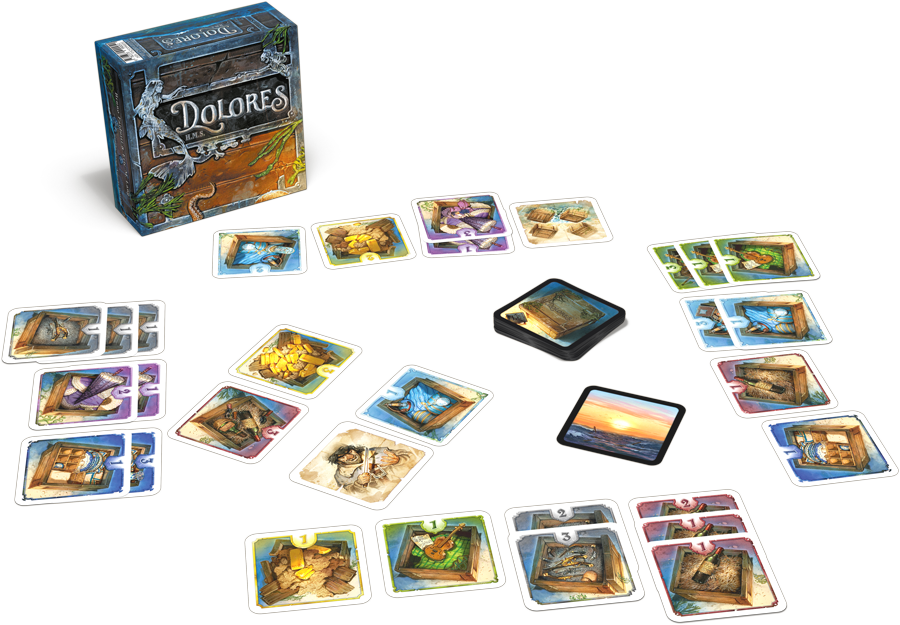 Again, the round only takes place between TWO people, but there are other folks watching and also building sets. That’s something else to keep in mind as well because it will help you determine if this person is trustworth or not; That knowledge is a valuable asset to possess.

Aside from the interesting mechanics of the social interaction, this game also has some wonderful artwork as well. Plus there are some special event cards you can play to help change things up a bit. Overall, this is a pretty neat game to have on the shelf because it will appeal to anyone who likes games where you’re actually playing the person and not just the game. Like Poker or other bluffing games. Causal Gamers will get a kick out of messing around with their friends and the more Dedicated Gamers won’t get bored with this one either – plus the kids can play too! So go check out H.M.S. Dolores – in stores now! 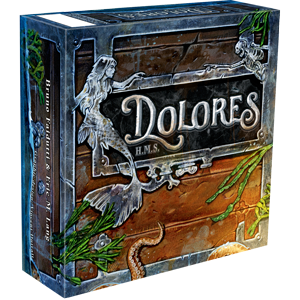 Merchant vessels traveling by sea have successfully been used to carry exotic goods between nations for hundreds of years. Seafare is not only is the fastest and most efficient way for the transport of goods, but it also exposes the citizenry of trade-rich nations to novel and fascinating new products. Merchants willing to brave the risks and send their ships out to discover, trade, and deliver cargo to other nations can reap these sizeable financial rewards. Unfortunately for these merchants, they have more to worry about than the tempestuous seas or navigational mishaps. Several enterprising individuals have banded together to waylay these merchant ships and seize the cargo for themselves.

In this fast-paced card game, players take on the role of shipwrecker gangs lighting fires on a rocky coast to lure merchant ships lost on the stormy night seas. Once a ship has crashed, crates of precious cargo begin to wash up on the shore and rival shipwreckers rush to seize the loot to add to their hoards. When two or more crews converge on a single crate, an agreement must be reached (or not) about how to divide the loot. In HMS Dolores, the titular ship has been taken by the storm and broken on the Breton rocks. As crate after crate begin washing up on the shore, you and your friends must compete to gain as much loot as possible for your crew before the sun rises. 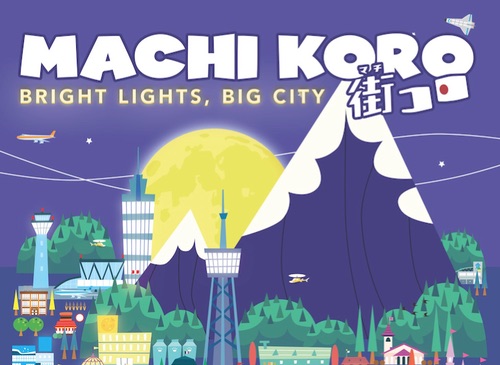