40K: The RPG Setting We Need 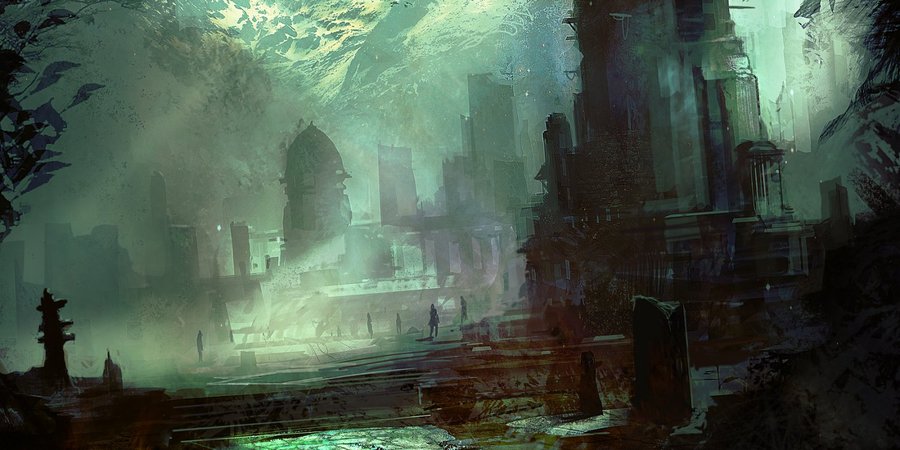 With Dark Heresy all but gone, it’s time to find a new home for the Grrim Darkness of the 41st Millennium…

The temple gleamed alabaster in the light of the fading sun. A crescent moon stretched towards the stars–a relic of those who had claimed the world before. And now, from within, an eerie chanting could be heard. As the guardsmen approached, they saw them–men and women dressed in robes, worshipping an altar of machinery and malice. Malignant power coursed over them–whatever lay in the heart of this temple had awakened…

40K is a setting that is ripe for gaming. It has everything–countless foes and conflicts, doomed planets, healthy worlds, massive ships, ancient temples, powerful artefacts and magics that are best left untouched (but that we can’t help but collect just the same). It’s one of the reasons that Warhammer 40K is such a popular wargame. And for a time, we had Dark Heresy–but now that’s all but gone the way of the Squats.

Time to reset the clock again…

Which is a shame, because 40K is ripe for an RPG. It’s the kind of setting where you can really dig in and explore the world that you might not get to see outside of the tabletop. It’s a chance to unpack the fluff and tell the kind of heroic stories that unfold against a backdrop of endless war, where a rookie Inquisitor and a retinue of put-upon, cynical, psychotic Guardsmen save(?) the Empire from–well, we’re not exactly sure, but it’s definitely something!

And with rumors of Warhammer Fantasy getting a new RPG, I hope that 40K gets its own RPG. Here’s why:

The Imperium of Man is impossibly big. And even that doesn’t incorporate the entirety of the galaxy in 40K. And more than that, just reading through the Lore, it’s clear that not only are there a ton of worlds, but there’s a ton of variety to the worlds. You have Death Worlds (both frozen and magma), mysterious worlds littered with the ruins of civilizations that have come before, like Arthas Moloch, where strange and powerful devices from forgotten ages lie waiting to be discovered.

You know what, maybe let’s not explore this place… what if we went to a sunny resort world instead?

There’s also the places where the people of the galaxy come together–trading ports and waystations where the scum of the galaxy mix with the high and mighty. Whatever the world you decide on, there’s adventure to be had.

You want a fight? No problem!

Sure, in the Grim Darkness of the 41st Millennium, there is only war. But among that war are a hundred thousand smaller conflicts waiting to happen. There’s no shortage of enemies in the galaxy. Whether you’re talking about chaos cultists, genestealer cults, xenos cults (man there are a lot of cults in this place), or rogue members of the Adeptus Mechanicus. And that’s just the various flavors of human enemies. 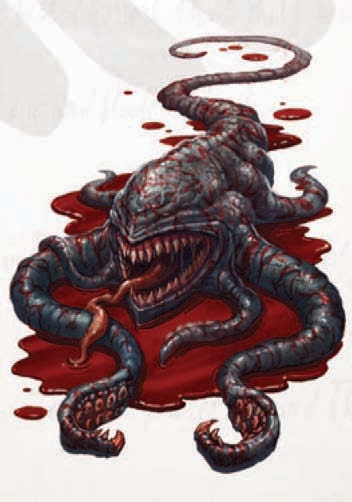 There’s a ton more out there. Orks, Eldar, Dark Eldar… or if you prefer, there are also feral monsters. Things like the deadly razorwings or Bruul parasite wait in forbidding worlds to devour you whole. One of the best things about an RPG is finding foes that challenge you and one of the hallmarks of a good Sci-Fi game is encountering never-before-seen creatures (and shooting them with your lasgun, often to little effect).

But most of all, the galaxy of the 41st Millennium is one that is in need of heroes. Pick up any book in the Black Library or flip through the pages of a codex where they aren’t introducing new ways of tabling your opponent by the end of your first shooting phase, and you’ll find tales of heroics throughout the galaxy. Whether it’s desperate last stands, or a squad of guardsmen racing to try and stop a chaos ritual before it can consume the world, or a Rogue Trader rescuing citizens from the path of an exterminatus order, there is no end of opportunity to be big damn heroes in the 41st millennium. 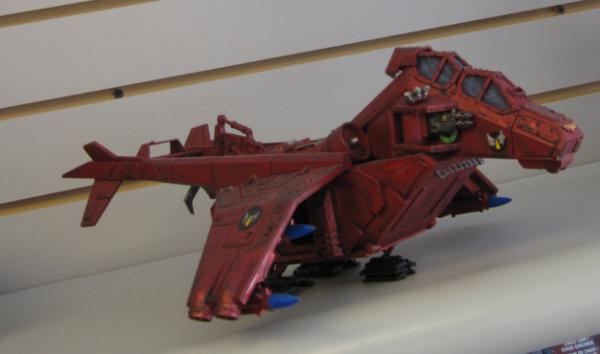 Of course, as often as not, these heroics are just a momentary bubble in an oncoming tide of darkness, because after all, the darkness is grim here in the future, but, it’s nice to be able to either offer up an example of contrast or to make hard decisions. These are challenges that any game can present, but one that 40K does really well. It’s one of the biggest strengths of the setting.

Anyway, those are just some of the reasons I’m hoping 40K gets another RPG. I’d like to see a system that can handle smaller tactical encounters as well as big ships–but I know that runs the risk of either overreaching or oversimplifying. So what would you want to see in a new 40K RPG? There’s a lot to consider. Would you want to try what FFG did and have the full power spectrum of Tau civilian to Space Marine in Terminator Armor represented? I’m not so sure it’s the best idea–it led to some of the problems that plagued Dark Heresy.

Still, I think picking a swath of 40K, maybe something like the Inquisition or Rogue Traders, and then really fleshing it out would be a good start.

How would *you* handle roleplaying in the 41st Millennium?