Check out the latest from the Dark Souls Board Game, straight from Toy Fair to you…

It must be time to light a bonfire, wander three steps from the starting area, and then get mowed down by a giant snakeman, crushed by a boulder, be ambushed by undead knights, or be invaded by a spiteful red phantom for the 5th time tonight, because Dark Souls was spotted at the latest Toy Fair. Fresh from a wildly successful Kickstarter (that raised over five million, putting it at #2 board game, second only to the runaway hit that is Kingdom Death: Monster), the Dark Souls Board Game is gearing up to ship out to backers. The folks over at ICv2 got a close look at what people can expect. 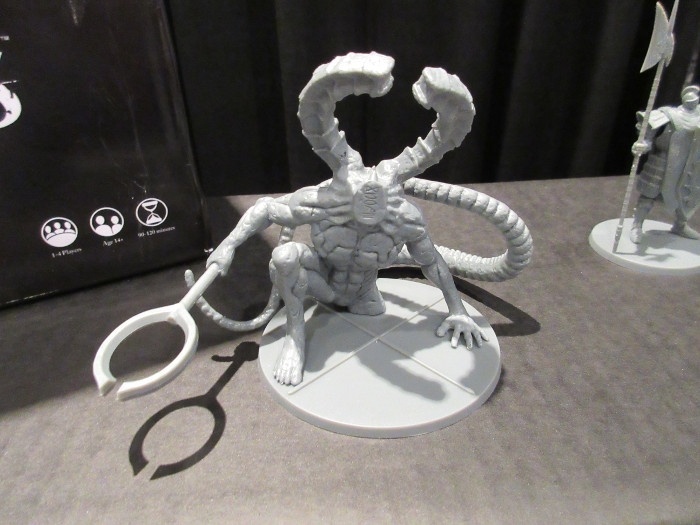 First up is the Titanite Demon, a big, faceless, statuesque demon (hah) armed with a titanite catch pole. They deal massive amounts of damage with their leaping attacks, tail swipes, and regular attacks. They are also resistant to a lot of damage, owing to the fact that they’re made of magic minerals. 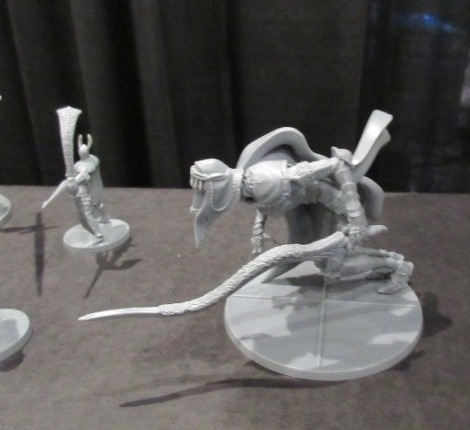 Then we have the Dancer of the Boreal Valley, whose mini is amazing. Look at the detail on that sword. She’s clearly still in phase 1 of her attack pattern, which means she’ll grab hold of you and then one-shot your character EVEN THOUGH YOU CLEARLY DODGED THIS TIME.

Not that I’m bitter. Nope. Definitely didn’t lose any amount of souls because of her or anything. 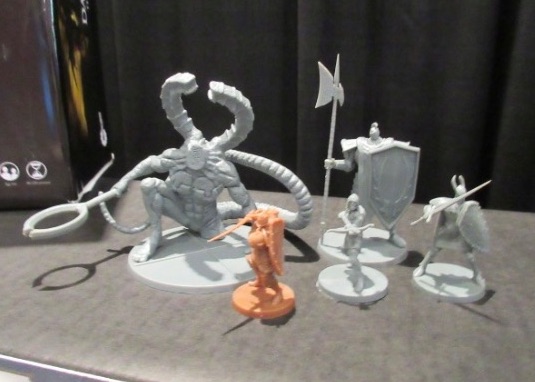 Here we see a Titanite Demon, a hollow, and a whole bunch of jerks, lovingly rendered in 3d. Note the scaling–it looks like they did a fantastic job of translating the models from the game into real life. The silver knight and the sentinel, in particular, are on point. 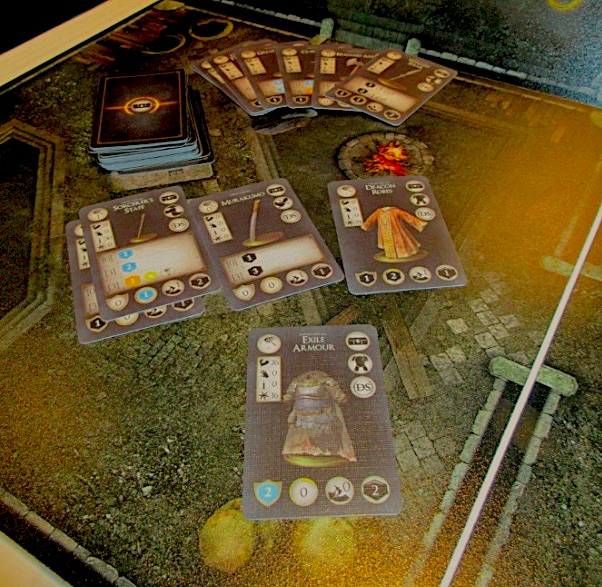 Here’s a look at some of the equipment you can acquire in the game. No word as to whether or not they include a “controller” card that you can tear up if you need to ragequit because you’ve been invaded by humanity stealing wraiths. I do see a decent variety of weapons and armor present–and, if I’m honest, I’m already trying to figure out how to kill that Titanite Demon so I can afford to upgrade some of that gear. 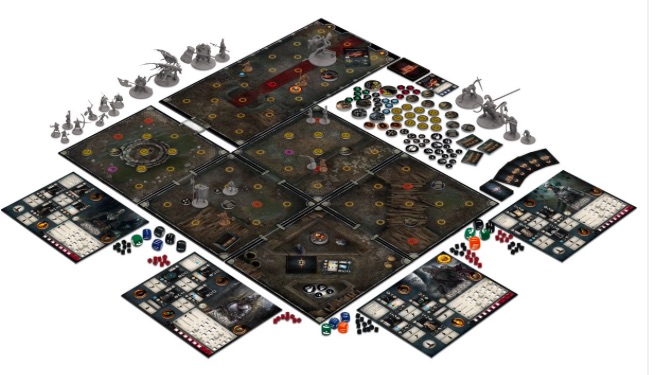 The Dark Souls board game will be in-stores on April 21.

Author: J.R. Zambrano
Bell of Lost Souls Staff Writer and DM, J.R. covers RPGs of all stripes and on occasion eats sandwiches. You can ask him about either at [email protected]
Advertisement
Board Games Miniatures Tabletop News
Advertisement