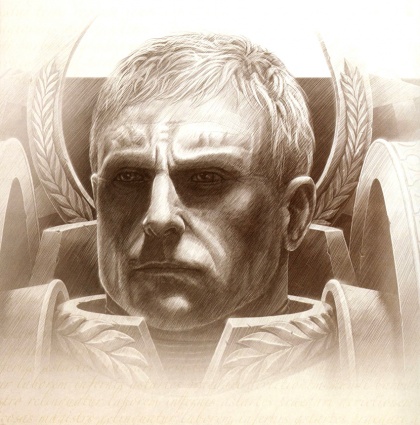 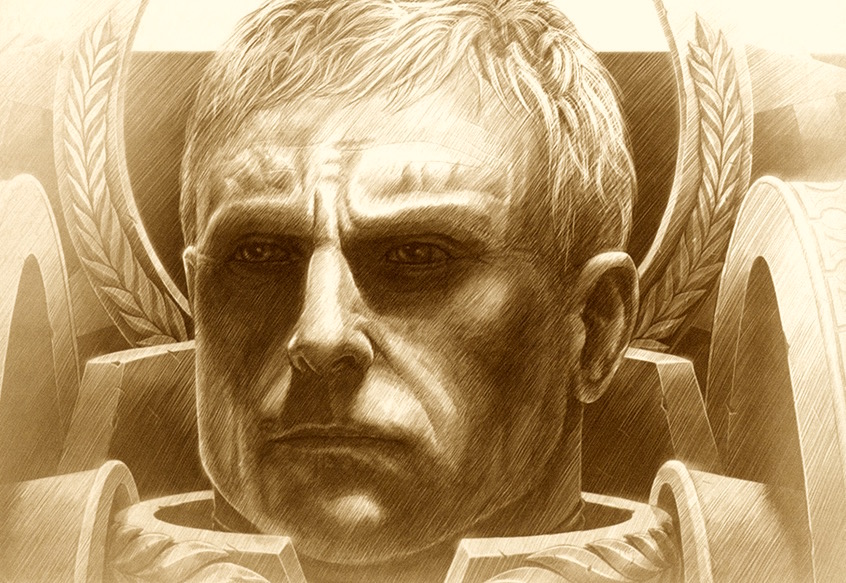 Goatboy here again to talk all about Roboute Guilliman and what his rules mean for 40k.

Goatboy here again and boy was I pretty wrong on my Primarch rules guess a couple weeks’ back…  I think I have a much better shot of getting right rules on a Daemonic Primarch then trying to figure out a “Superhero” for mankind.  Still I did get a few things right even though they used different rules to create the same thing.  Overall I think he is pretty interesting.  If 8th changes up some stuff and nerf’s death stars and psychics he could see some play.  In the landscape that is 7th – it is a lot harder to justify him.   But let’s break him down real quick.

First – the stats I pretty much nailed as we already have “rules” for him in 30k.  His big jump in WS is the big change and while neat it still isn’t something completely awesome to write about.  His BS of 6 seems off but when you add in his “warlord traits” you understand that basically he has BS 10 for all purposes (explained more later). I am more interesting in his unit status as a Monstrous Creature then anything else.  This is the big thing to shift from my initial rules thought.  It makes it harder to “hide” him and keep him safe – but still most likely fits the style of play for this unit.  It also means there is less of a worry of some kind of terrible unit combo that would undo the world of competitive 40k.

From there he has a ton of keyword rules with the removal of It Will Not Die from the normal Primarch rules and the replacement of 5+ FNP.  I think that is a pretty dang good swap as it makes this guy very survivable.  The MC also lets him ignore terrain as well – so we know this guy is hauling butt anywhere he goes.  The added bits of Precision Shot and Strikes is also pretty neat as he has a good chance to pick out enemies and bits in units with his super mega Bolter of doom.  I think I got that one right with my thoughts of 3 shots but was surprised to see it at AP 2.  Rending is just the icing on the cake and it lets him have a chance to pop some armor 14.  Thank goodness he kept Eternal Warrior and it ends on him preferring to punch Chaos. 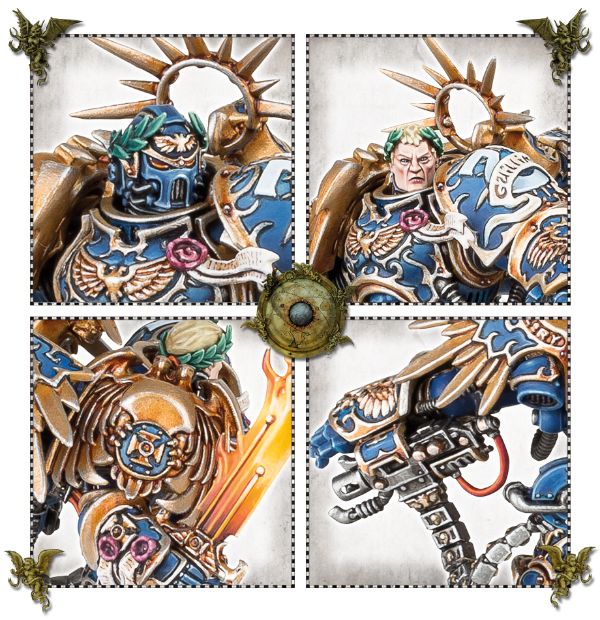 From there we look at his wargear.  The sword I guessed completely.  Of course it should be pretty easy as the rules set up falls within the other options we have seen in the past.  It is kinda redundant to give him Armorbane but I guess they really want him to beat the crap out of any metal/ceramic/alien box there is out there.  Soul Blaze is one of those cute options that sometimes does something.  I know in the past I have killed some Incubi with it – but I can’t think of any game lately where my Tzeentch Soul Blaze did any good.  Warp flame seems to do a heck of a lot more.

His armor goes against the norm with a 2+/3+ save.  This mixed with FNP means you need to shoot him a heck of a lot.  I do wonder if will see inv saves only go to a 3+ in the new edition.  He also has the cute ability to come back on a 4+ when he dies.  You roll at the beginning of your player turn and see if he comes back due to the awesomeness that is his armor.  It takes a lot to kill him and having him come back will be a big annoyance.  Still he seems like the toughest MC there is in the game right now that doesn’t need 3 other Daemonic Prince Friends to ensure he doesn’t die to an orbital bombardment. 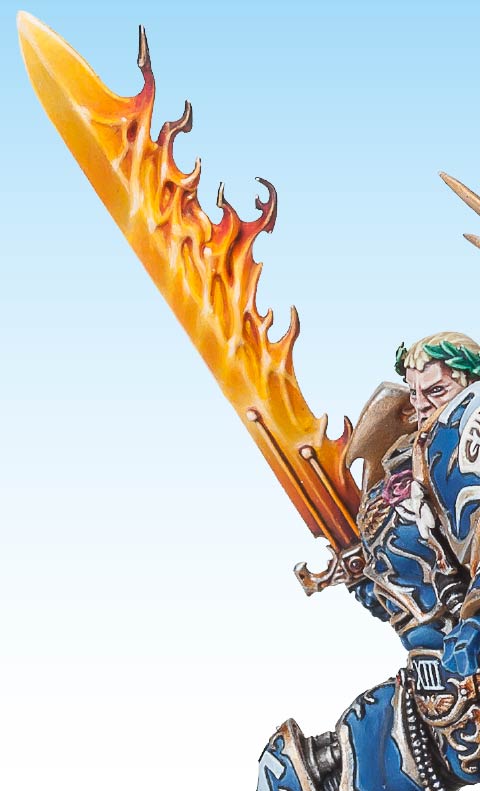 From there we get into the meat and potatoes of why he might actually be good.  I said he would have multiple area effects that would boost those around him.  We do have that if he ends up being the warlord due to him having all the Command Warlord traits from the main rulebook (all add up to being pretty good and with the new edition coming – might end up being better).  This gives him 12″ bubbles of reroll shooting attacks of 1, close combat attacks of 1, using his leadership, forcing his opponent to use their lowest, move thru cover, and add 1″ to run and charge moves.  This is a heck of a lot rules all within the bubble that is his “personal” space.  He even has the biggest bubble of allowing all friendly people to reroll failed morale, pinning and fear checks. This is a heck of a lot of boosting ability.

The other crazy thing he gets – and when mixed with the battle company and new Ultramarines detachment rules – is access to each of the UM doctrines.  With the proper set up you could have 3 sets of doctrines to use and when mixed with the detachment – you can even burn 2 at the same time.  That is so many rerolls it gets nutty when you think of an army full of tactical marching across the field.

Of course this is where I think Roboute might actually shine for this upcoming edition.  Multiple layers of Tacticals with bodies all over the place, some well placed “kill” units with the new wargear options (another giving eternal warrior item), and enough options to make it hard for anyone not objective secured to score an objective.  I personally still think Magnus is better – but Roboute is still pretty dang bad ass at almost half the cost the evil cyclops. 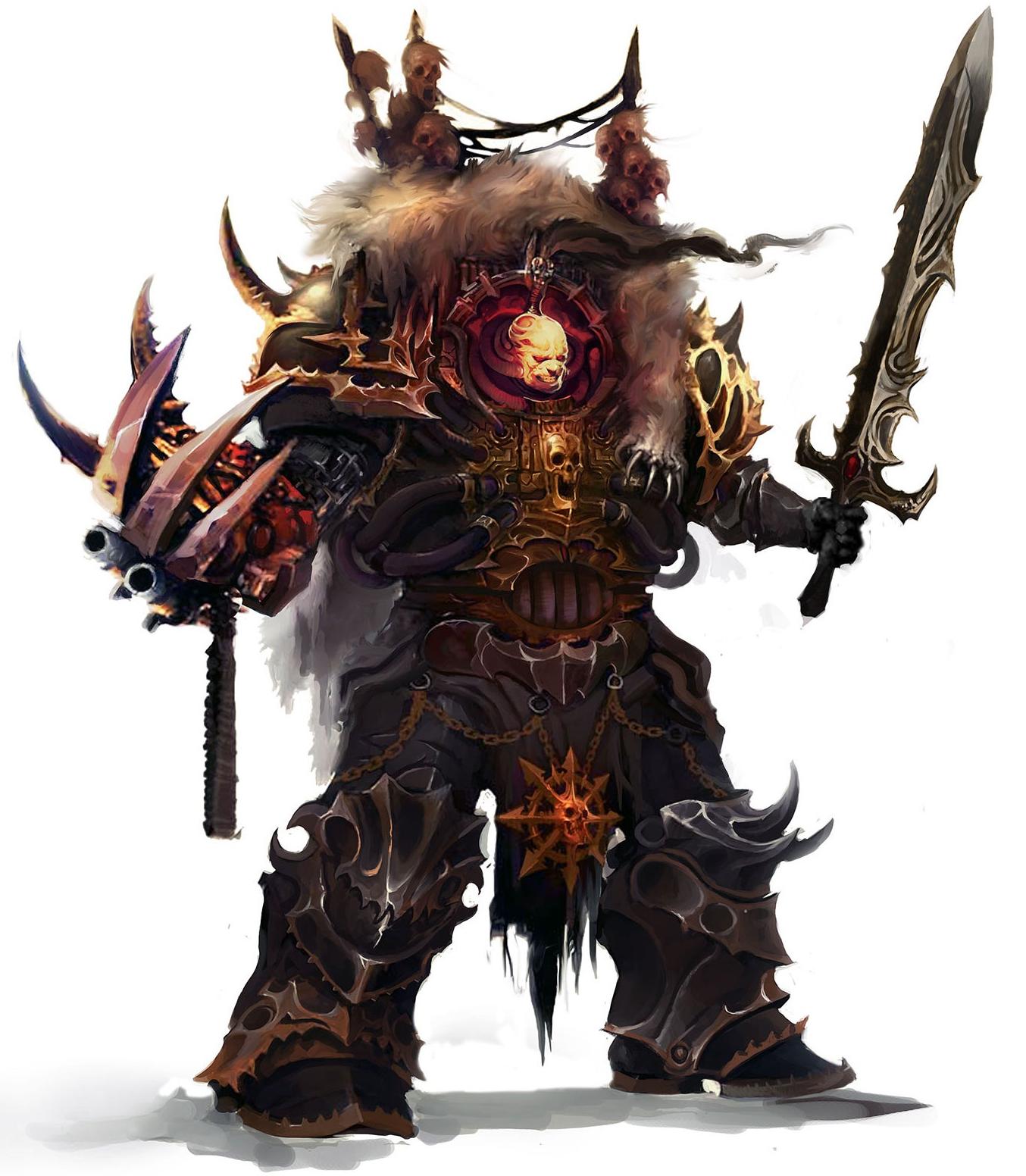 Thankfully the new book has Abbadon still alive and kicking, sets up the new era of game, and hopefully gives enough hints of future big baddies coming to the table top.  I think this model’s release and its rules set up gives more precedence that 8th edition will probably not be a complete rework and instead will look at tightening and tweaking the current system.  This will give a better learning avenue for those players wanting more after Age of Sigmar and still connect to GW’s cash cow that is 30k.

~What do you think of Roboute’s rules – too hot, too cold, or just right?