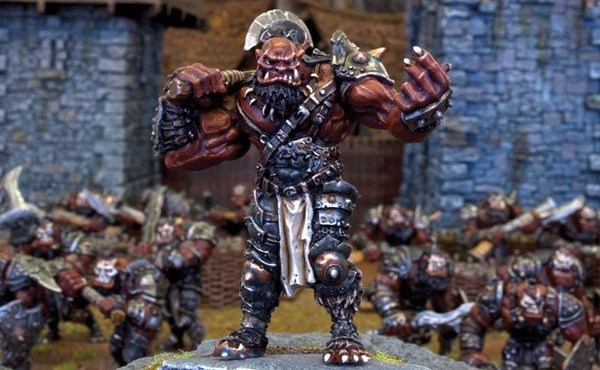 Mantic has some hard-hitting brutal advice on putting together an Ogre army for Kings of War.

Bensome from the Direct Misfire podcast returns to share his picks for Ogres. Last month he focused on Dwarfs, which have a very different feel than the brutes he talks about here.

The simple Warrior is a fantastic foundation unit for an army that doesn’t require a whole lot of finesse or finagling to be effective. They come standard with a respectable stat line; solid movement, excellent melee and defence. What’s more, with a solid amount of attacks and nerve rating, and with crushing strength plus the Brutal special rule build in, it’s hard to pass up at least one horde of Warriors.

The Warriors (come out to play-ay :p) are the cheapest (or more accurately, least expensive) option for an Ogre general to open up slots for hiring Heroes and Monsters. They start out at 130 points for a regiment, and are the only large infantry unit in the entire game that can be run as a Legion. Both of these options could take a bit of practice to be played effectively for a new player. Ogres don’t have a lot of ranged fire, relying on either the Warlock for some lightning bolt annoyance, Red Goblin Spitter bow fire or the Boomers and Shooters (I’m not counting the option on the Mammoth as that thing never hits :/ ). So, what Ogres may lack in variety they make up for in sheer destructive power.

The Shooter configuration gives the Ogre player a standout long ranged unit that delivers 18 shots with piercing 2 built in. Add the Brew of Keen-Eyeness and you have a unit which people love to complain about and ally into their non-ogre armies (being neutral, Ogres can be allied with any army in the game). While the tournament scene has learned to adapt and counter the “Shooters with +1” the fact that this unit forced players to change the way they were doing things is a sure sign that it’s good. The Living Legend and all round good guy, Grokagamok is both an inspirational leader and combat monster. Bringing to the fight a melee stat of 3+ and 7 attacks that Blast D3 each, as well as Crushing 3, Grok has the potential to remove units off the board all by himself. Added on top of this delicious combo is a succulent sauce of being Nimble, as well as Very Inspiring. This means he can get to where he needs to be, make charges more easily and not worry as much about staying so near the rest of the army… love that 18 inch Inspiring bubble!

All of this does come with a hefty cost though. 260 points is a massive investment for a hero that is likely to fall after two rounds of combat. His nerve and defence is the same as a Warrior horde, so while solid, he isn’t as hardy as an Undead Revenant King on Undead Wyrm with the Ensorcelled armour artefact, so keep him hidden from war machine sight lines! Treat him well and he shall do the same in kind. Check out more on these Ogre options here and you can add them to your army by picking them up here.

Author: Mars Garrett
Pop culture staff writer that has been on the BoLS team since 2010. Contributor on the One of Us podcast. Marvel, Vertigo, and dystopian sci-fi fan. Enjoys bad movies, amazing stunt performances, and the internet. Hates rom-coms. (she/they)
Advertisement
Kings of War Mantic Rules Tactics
Advertisement 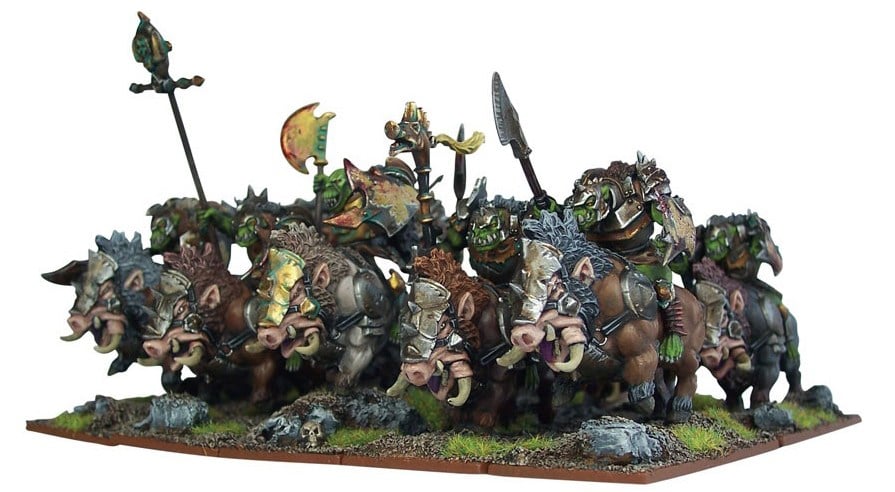