Star Wars: No One Cares About The Force Awakens 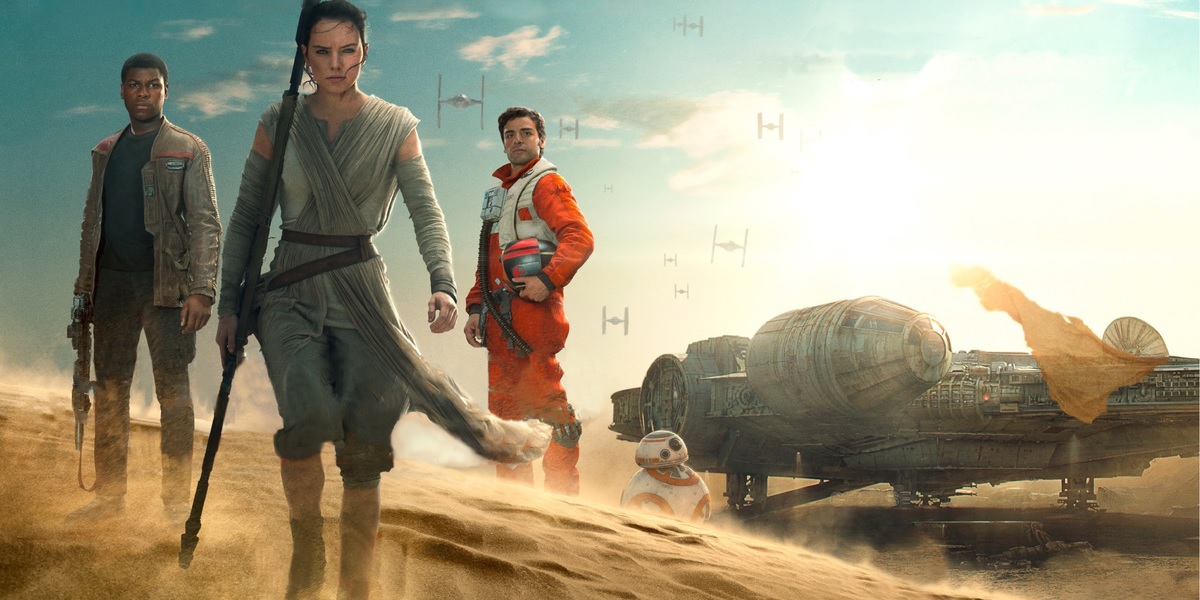 Despite it’s massive success Star Wars: The Force Awakens has had a relatively minor impact in the word of gaming.

The Force Awakens is a massive commercial success. This much is indisputable. It is also a very polarizing movie among Star Wars Fans. Many love it and feel it is a great start to a new trilogy. Others harp on its flaws and feel it to be a betrayal of the Star Wars legacy. Tied up with this still raging debate is the interesting fact The Force Awakens has made relatively little impact on gaming and non-movie media in general. In someways it seems that no one cares about TFA. This is even more obvious in contrast to the effect both Rogue One and Rebels have had. So lets take a look as some of the ways TFA is being ignored and why that might be. 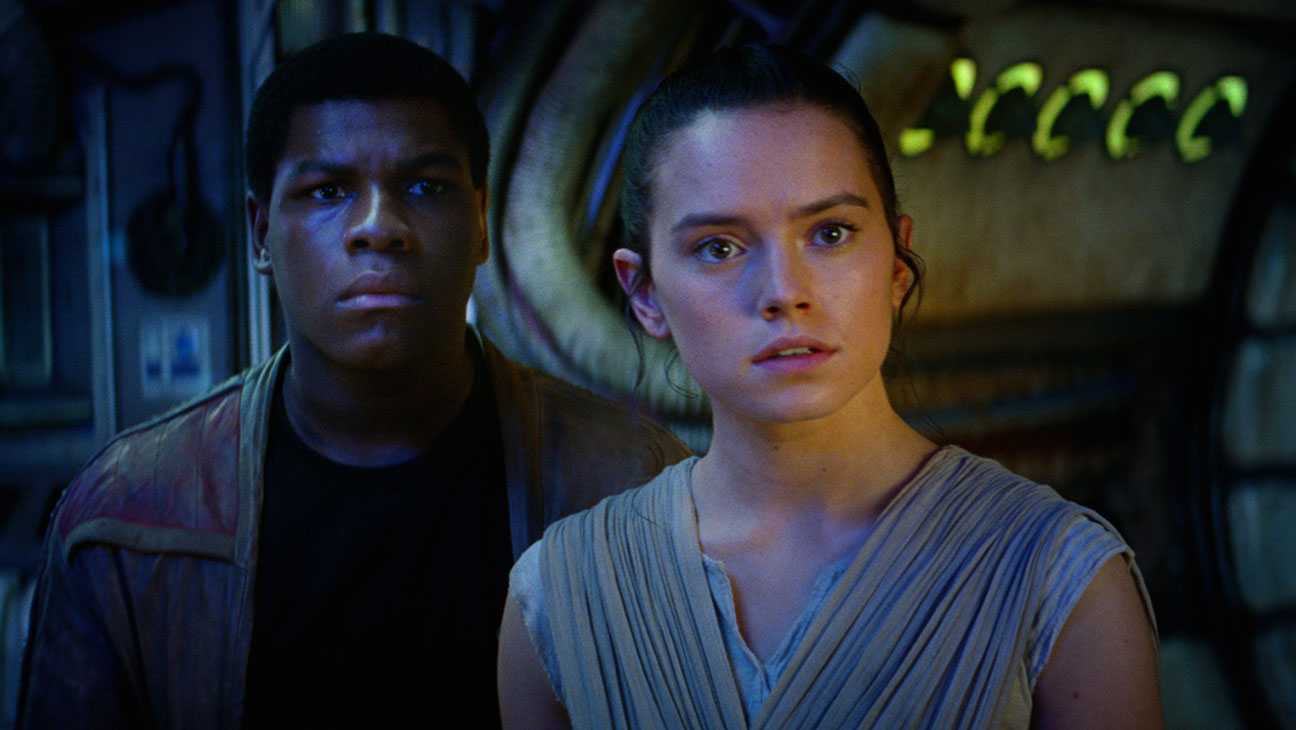 I thought everyone loved us?

Is It Really Ignored? Part One: Games

Fantasy Flight Games is the biggest maker of Star Wars games out there. They produce a huge line of Star Wars games, and yet very few produces related to TFA. SW: Armada has no ships or heroes TFA, though a large number from the Original Trilogy and Rebels. Star Wars: Rebel assault has no TFA options. There are a number, 5 not counting the Falcon, of TFA ships in X-Wing, but more ships from Rebels are still featured, and ships from Legends are still being released. There are very few TFA options in the Star Wars card game. The new Star Wars Legacy dice game does feature mostly TFA cards, but that was its first release and those are about to go out of printing in favor of new(old) cards. 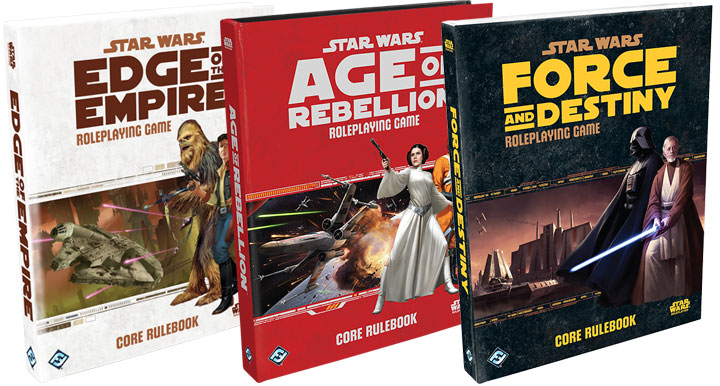 Most telling however is the lack of TFA content in the Star War RPG FFG puts out. This is truly where TFA should be shining. The other eras in Star Wars get a number of source books. TFA get a single short starter pack and a single addition mission.  RPGs are fertile ground for exploring the squeal era and having new adventures not constrained by the known outcome of the OT. The lack of any setting book for this seems to suggest that FFG, at least the RPG sections doesn’t care about TFA. 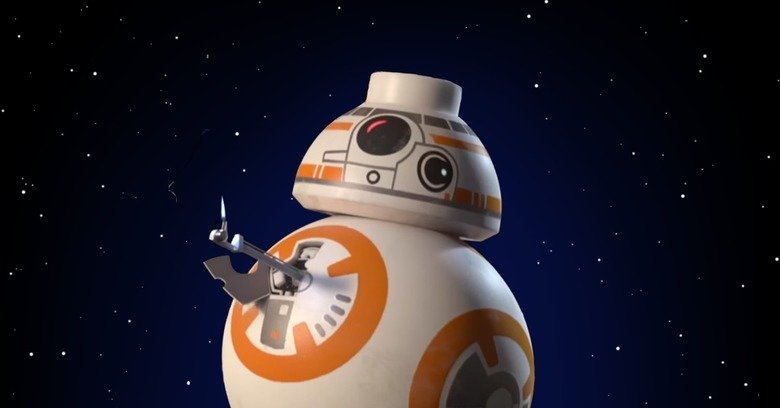 As an aside I will also point out that TFA was the first Star Wars move to not get a non-Lego video game made for it. Even Rogue One got a DLC For Battlefront. 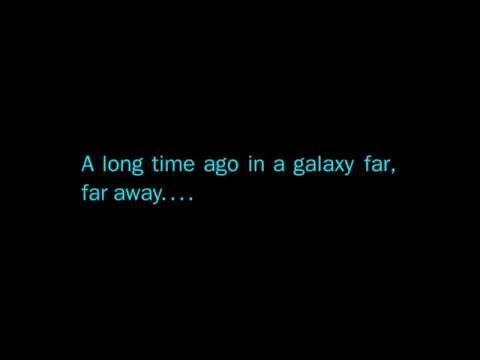 But not quite as long ago as before

The obvious rebuttal to all this is that TFA is a stand along movie (so far) in a new Era. So far we just don’t know all that much about it, about what is going on. Maybe we should give it some time and see how it plays out. Rebels and Rogue One on the other hand are in a known era and are building off of known and loved things and that’s why they get used more. Just wait till the era gets fleshed out. 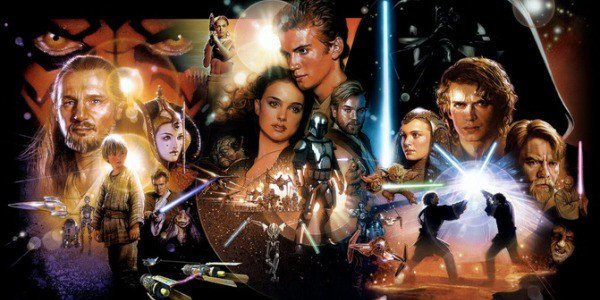 The problem I have with this, is not that its not true, it’s that it shouldn’t be true. You see, we’ve been here before. When Episode I came out we were also in a new era. Yet Episode I had a large impact. We got games, and video games, and books galore. Lucas Arts and the content makers went into overdrive to help build up a world around the movie and to let you play in it. Disney has not chosen to do this with TFA. But part of it is also that TFA doesn’t paint as good a picture of the Galaxy, of what is going on, as either A New Hope or Phantom Menace did. One of the reasons no one cares about TFA, is that we’ve been given very few reasons to care. 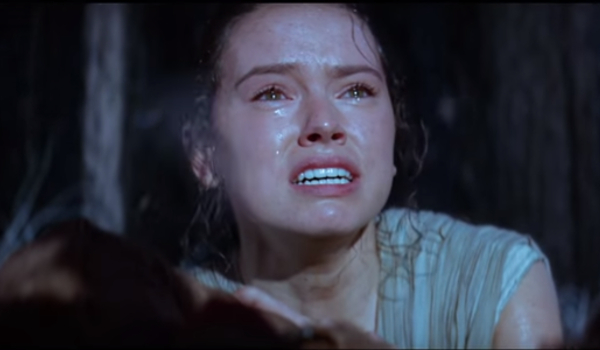 No come on! Tell me books care!

One of the reasons the Sequel Era is boring is that we haven’t gotten many books about it. Now it seems unlikely that we would get much on the story after TFA, they want to keep surprises for the movies, though it seems there is still room for side stories. However there is no reason we couldn’t get more books or stories on the lead up to TFA and what was going on around the time of it. This is however not really the case, even though we were promised it would be pre-TFA’s release. 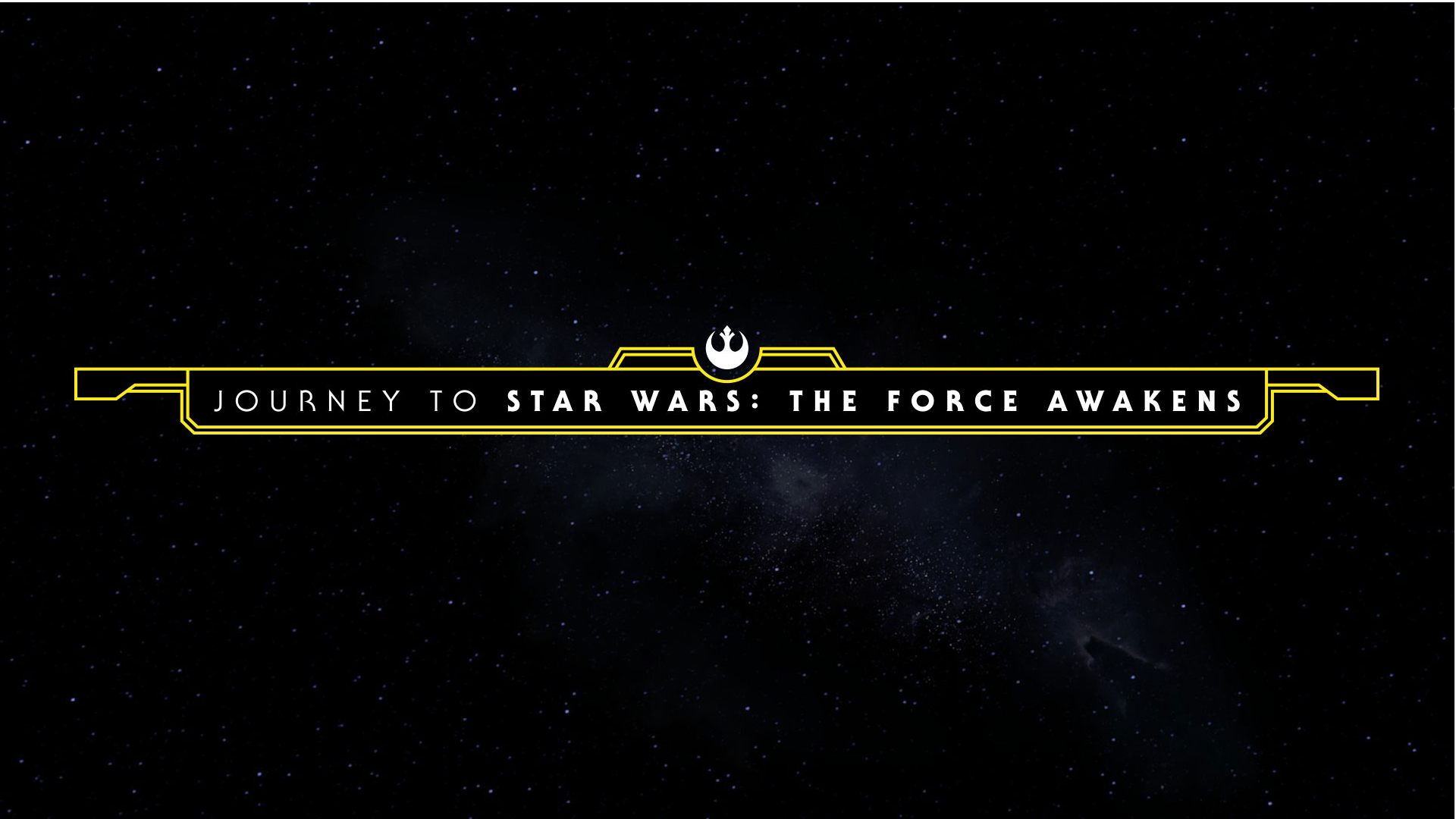 In which we learned very little that made any impact

The only cannon books about TFA are the novel adaptation and a trio of young reader books based off of that. In addition there are a pair YA books set right before it. Other than that there is single adult novel set six years before TFA. Thats it. Even the Aftermath books, which were billed as filing the gap actually just cover the period between Endor and Jakku. They end 29 years before TFA and are really part of the Rebellion Era. It is that era, not the sequels that have gotten pretty much all the love from novels. With six canon adult novels and a number of YA books, not counting movie adaptations. 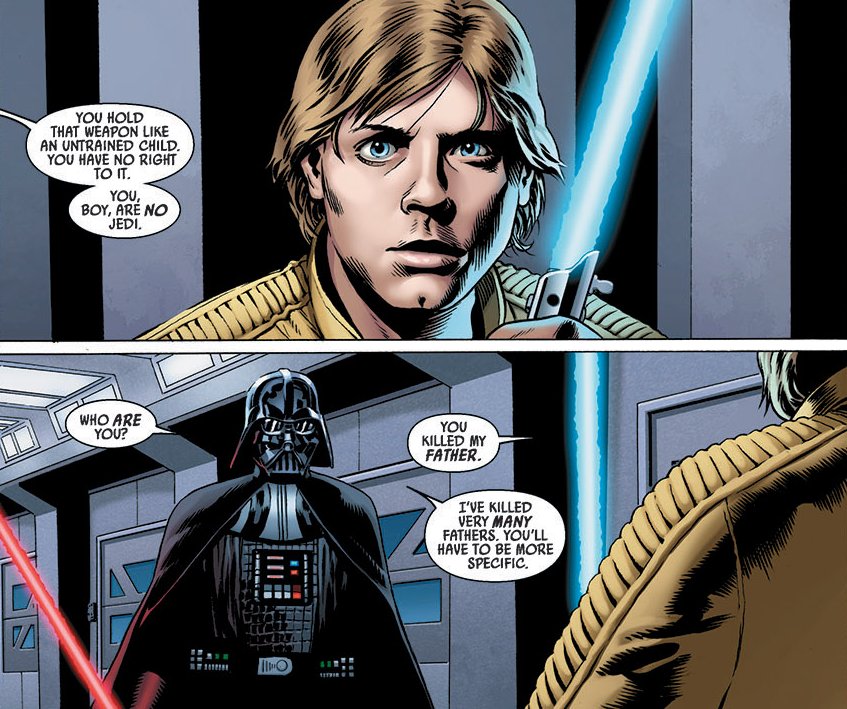 The comics get all the best lines

Comics too have focused on the Rebellion Era. While there is a a Poe comic set right before TFA, it pales in comparison to the 11 various comic series set between A New Hope and Empire Strikes Back. In both comics and books no one seems to care about TFA. 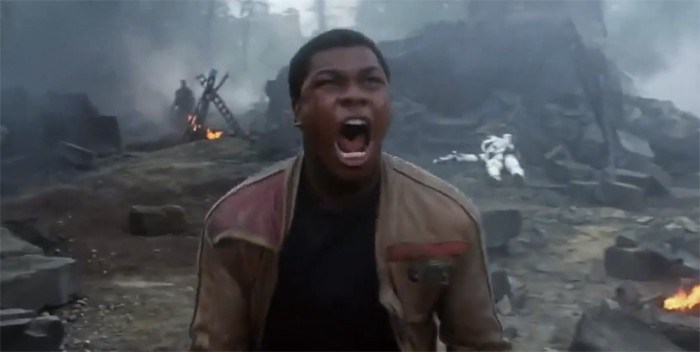 So this is probably all Disney’s fault, right? I mean ultimately they are the ones who get to control what comes out and when. And if there is a dearth of information on the sequel era is must be because of Disney. Now part of this is clearly because they are trying to be careful and control the cannon. They want to avoid the pitfalls of the old EU and build a continue that makes sense. That is all admirable. But it’s also not like they aren’t putting out Star Wars content. It’s just that all the content they are putting out is set in the Rebellion Era. From books, to comics, to TV shows, to games, it’s all focusing on the Rebellion. 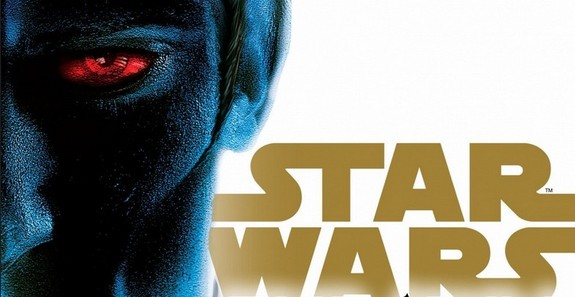 FFG should it seems be able to get around this. Now I have no idea what they are allowed to do with their license. But they are clearly allowed to not only use non-canon stuff, but also to make stuff up. The core rules books for their RPG games are full of things that aren’t canon. All their games are full of old EU stuff or made up things. And yet they seem to unable or unwilling to do much with TFA. Even the stuff from TFA that they can clearly use, they haven’t fully implemented, as shown by the lack of TFA ships in Armada. Moreover, at least for their non-canon RPG stuff I don’t know why they can’t make up stuff for a new book. 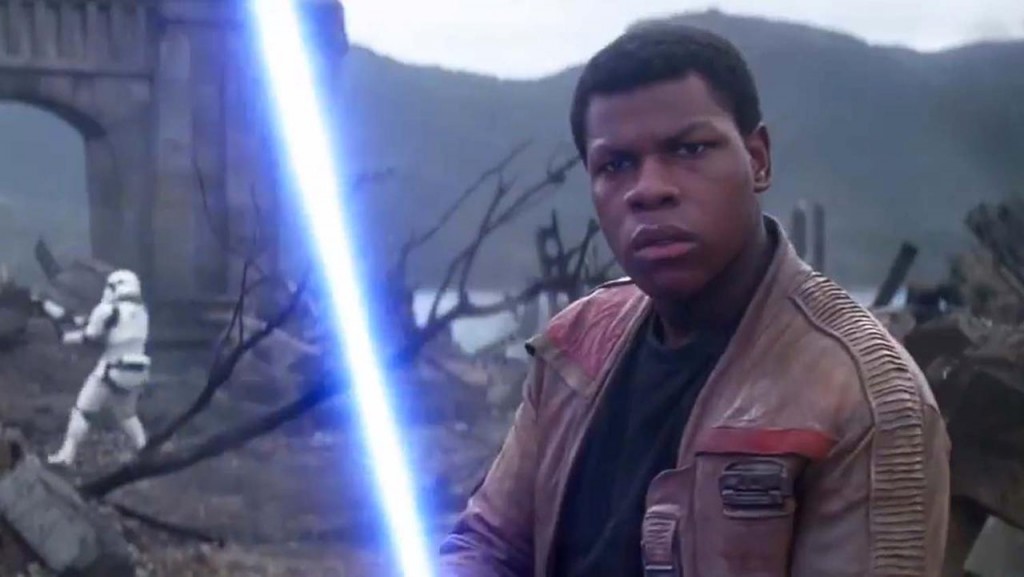 Give him a moment, he’s thinking

Again, I don’t know why Disney has chosen to do what it has done. I also don’t know what limitations they have placed on licensees, like FFG and many others  that have kept them from fulling exploring the TFA Era. I’m also sure that as we get closer to Episode VIII we will see more content. Yet I do think the big telling thing here is that both Disney and non-Disney product is very heavily focused on the Rebellion Era is telling. It seems people care, care a lot, about classic Star Wars, the Era of the Empire and the Rebellion. They do not it seems really care about the Prequel Era. They apparently do not care about TFA either.

~That’s all of this time BoLS Fans. Let us know what TFA stuff you would want to see down in the comments.