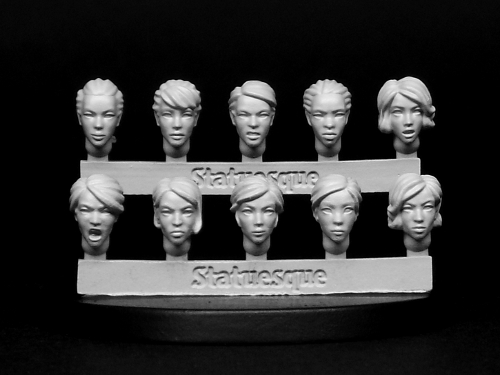 At a great introductory price – these sell out fast, grab yours today!

Statuesque Miniatures has released a new side of their very popular Statuesque Female Heads. I’ll be adding more comparison photos and test conversions over the next few days, so keep an eye on the Statuesque Facebook and Twitter accounts, as well as my Khorosho Productions blog. Hurry this offer only runs until Sunday the 19th of March, or while stocks last.