The Harlequins take to the skies in Gangs of Commorragh with new rules in the March White Dwarf!

If you’ve been battling at break-neck speeds above the clouds of the Dark City then you’ll be happy to know there are some new kids on the block. The Harlequins are here and are ready to join your Gangs in the skies! 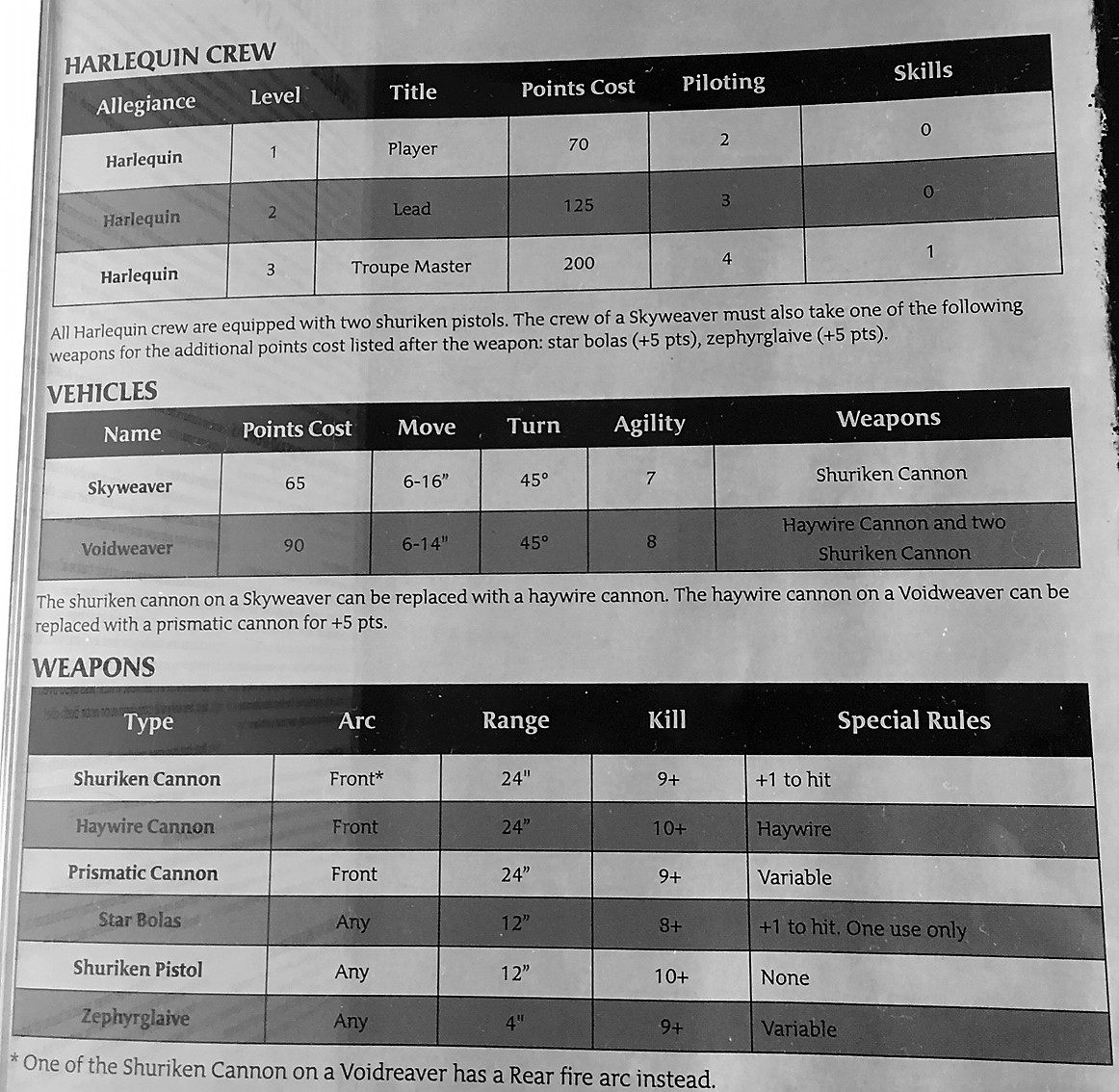 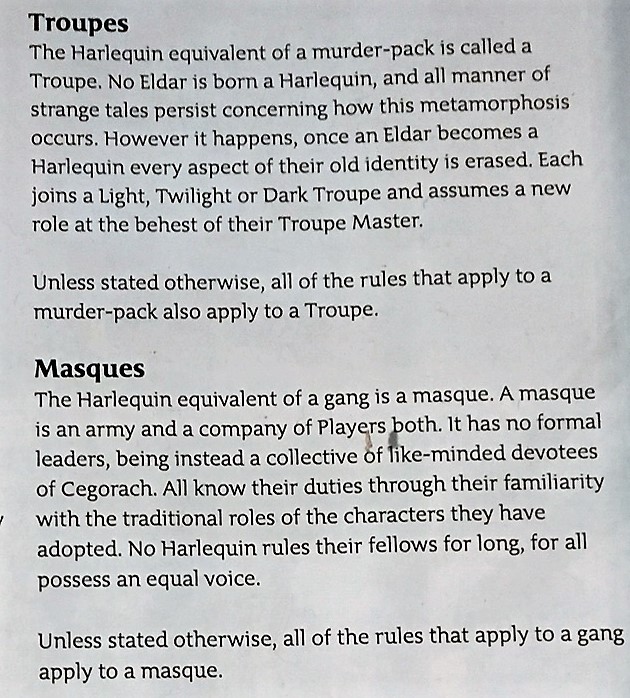 There are lots more rules for running them in the March White Dwarf. As Harlequins they have quite a few more special rules to go along with having them including Holo-fields and special Harlequin Maneuvers. For the full rules go check out this months White Dwarf and add some Space Clowns to your gangs in Commorragh!

The skies of Commorragh are equally as perilous as its bone-paved streets. The air above the shrouded spires thrums and darkens with roving murder-packs of Hellions and Reavers, engaging each other in vicious territorial battles. Anti-grav skyboards and savagely fast jetbikes vie for supremacy – when a gang is broken, or completely destroyed, their opponents dance with sickening glee above the sanity-warping metropolis the Dark Eldar call their home.

Send in the clowns…