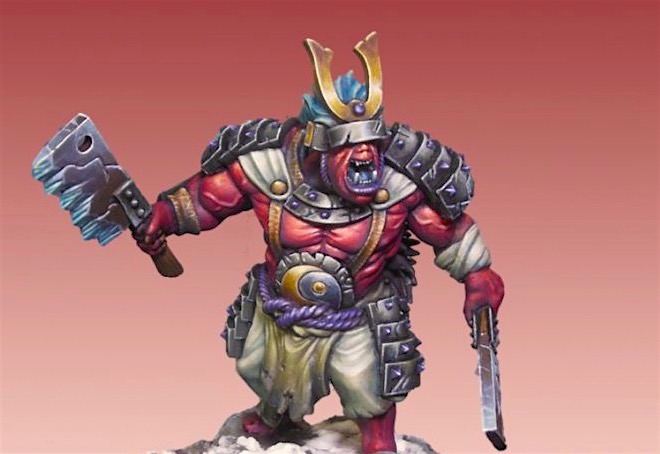 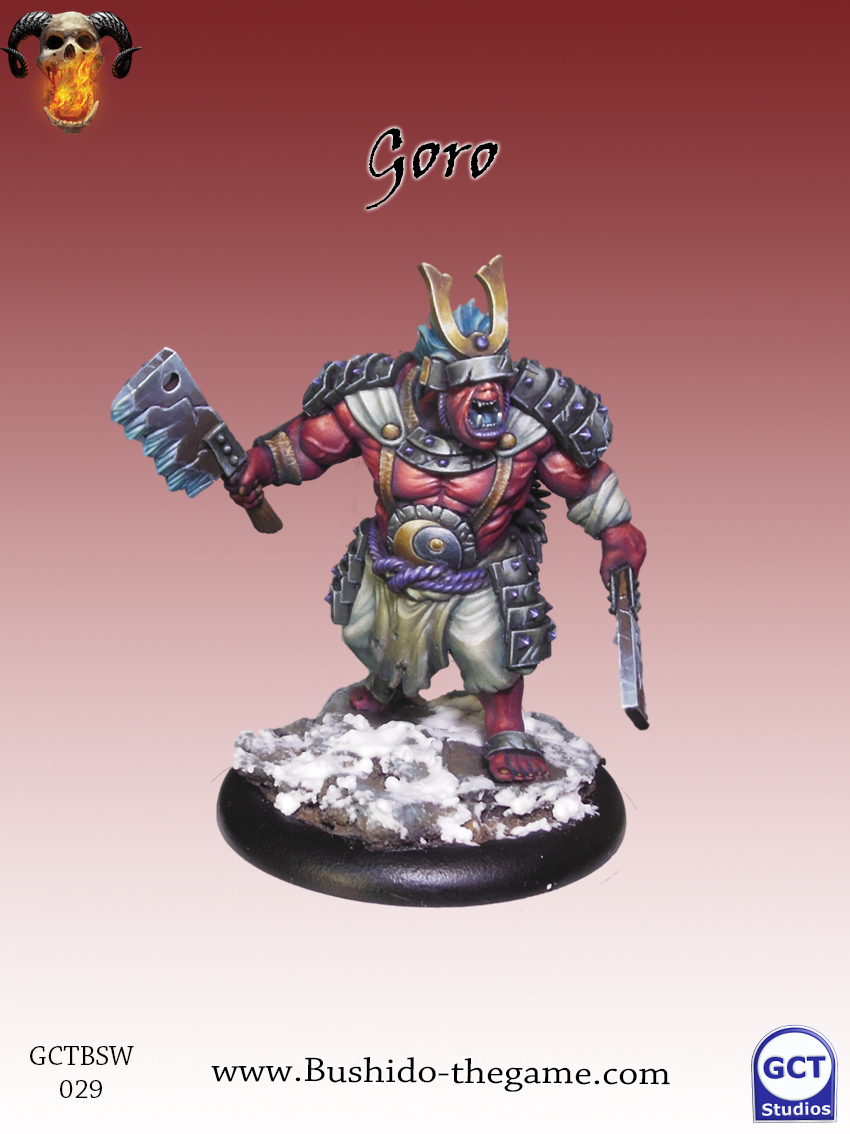 Adepticon was a blast as always, and one of the most fun parts was getting to meet the guys behind Bushido: one of my favorite skirmish games. While it has been ages since I last wrote a Bushido article, I have been enjoying it quite a bit since. Its small model count makes it easy to get your force painted and ready to go and you’ll soon find yourself grabbing more models to swap in so you can see how they play. 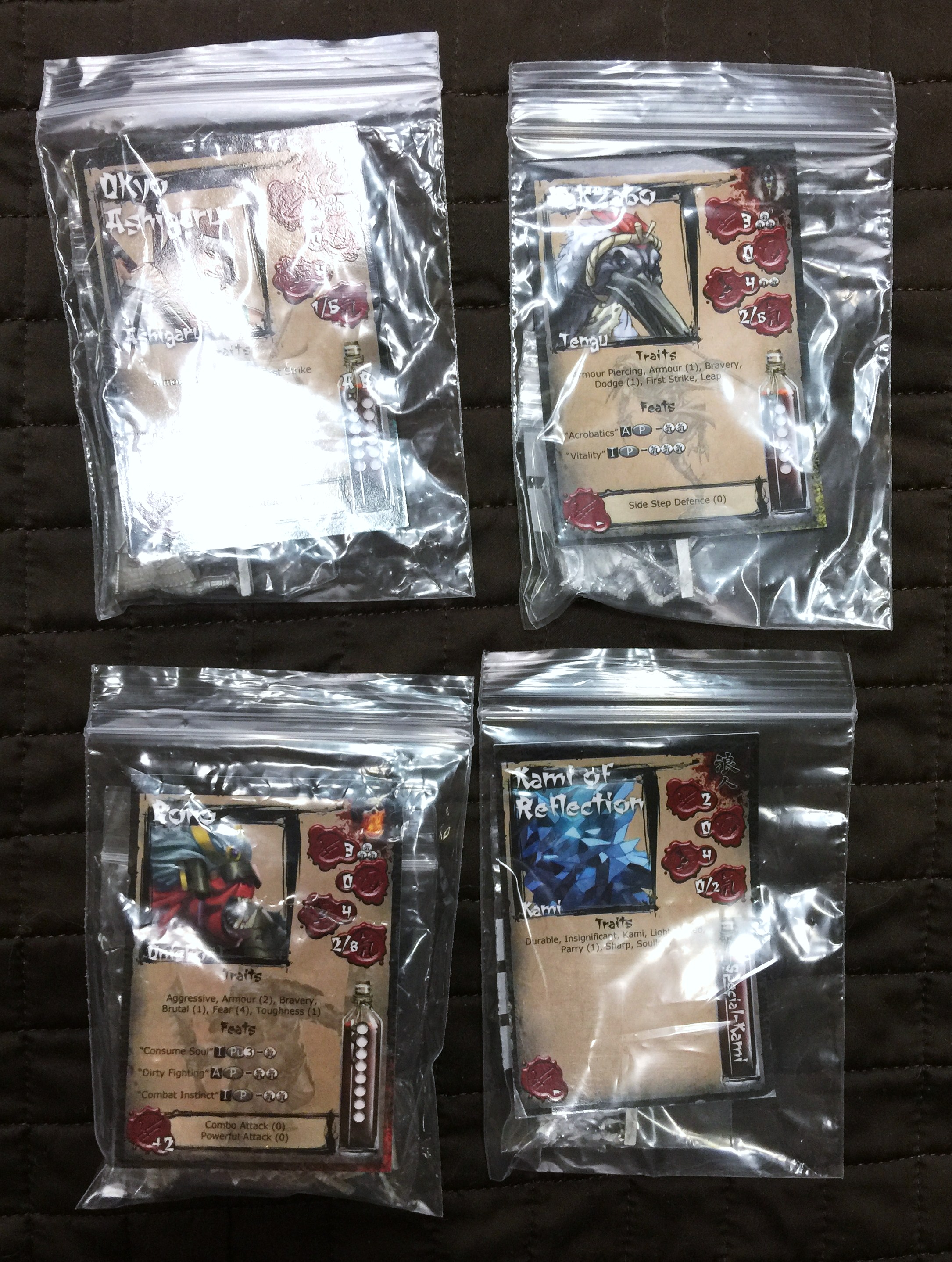 Bushido organizes its releases into Waves, and these four models are the 34th since the game’s release in 2011. These were so new at Adepticon that they didn’t have time to get their usual blister packs to put them in and carried them all the way from England in these plastic bags. 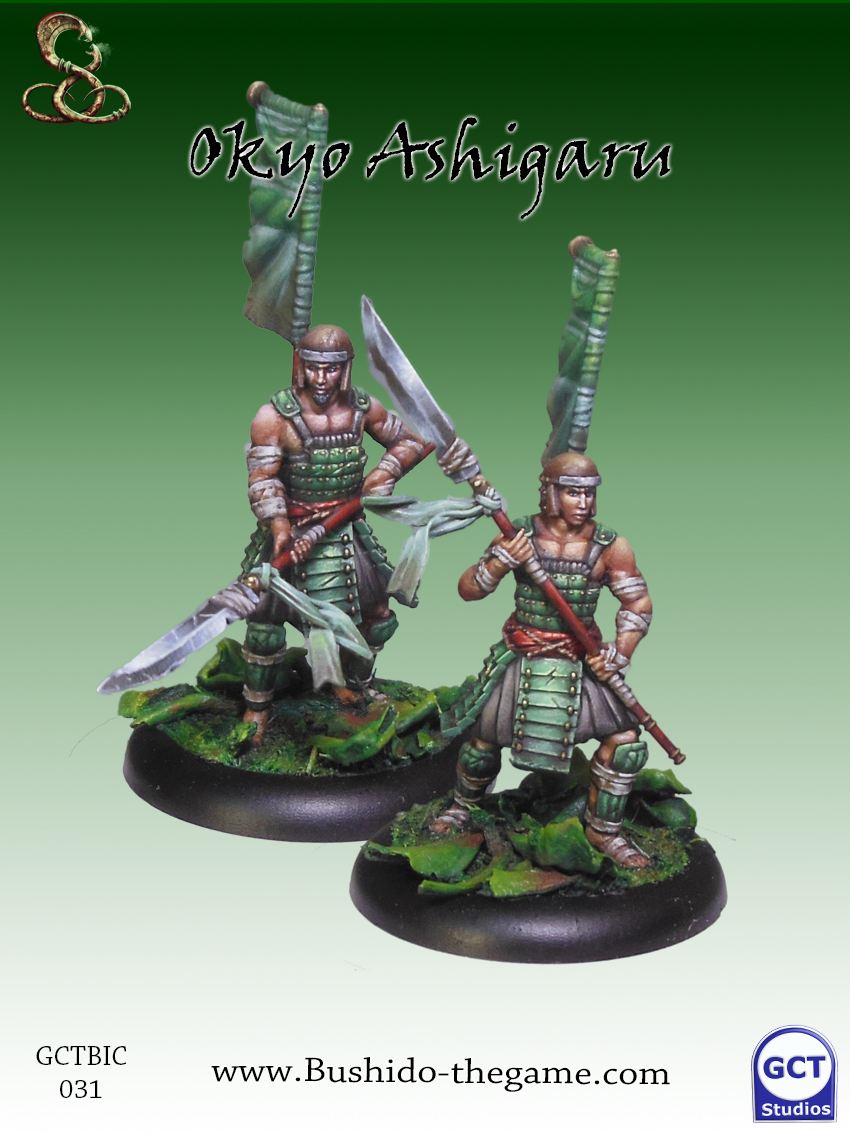 First up is this release for the Ito clan. 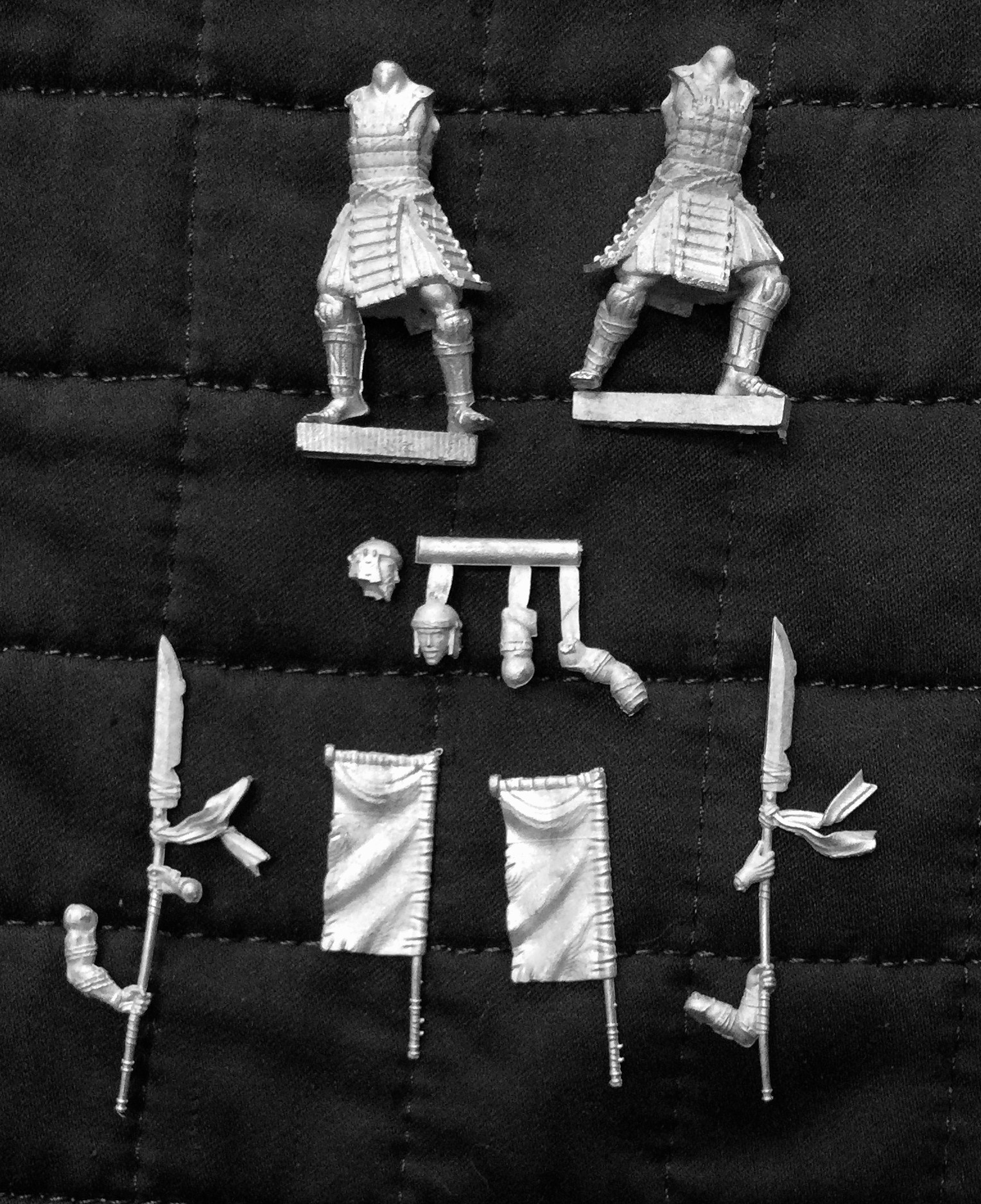 Samurai like the Ito couldn’t keep up without their loyal Ashigaru. 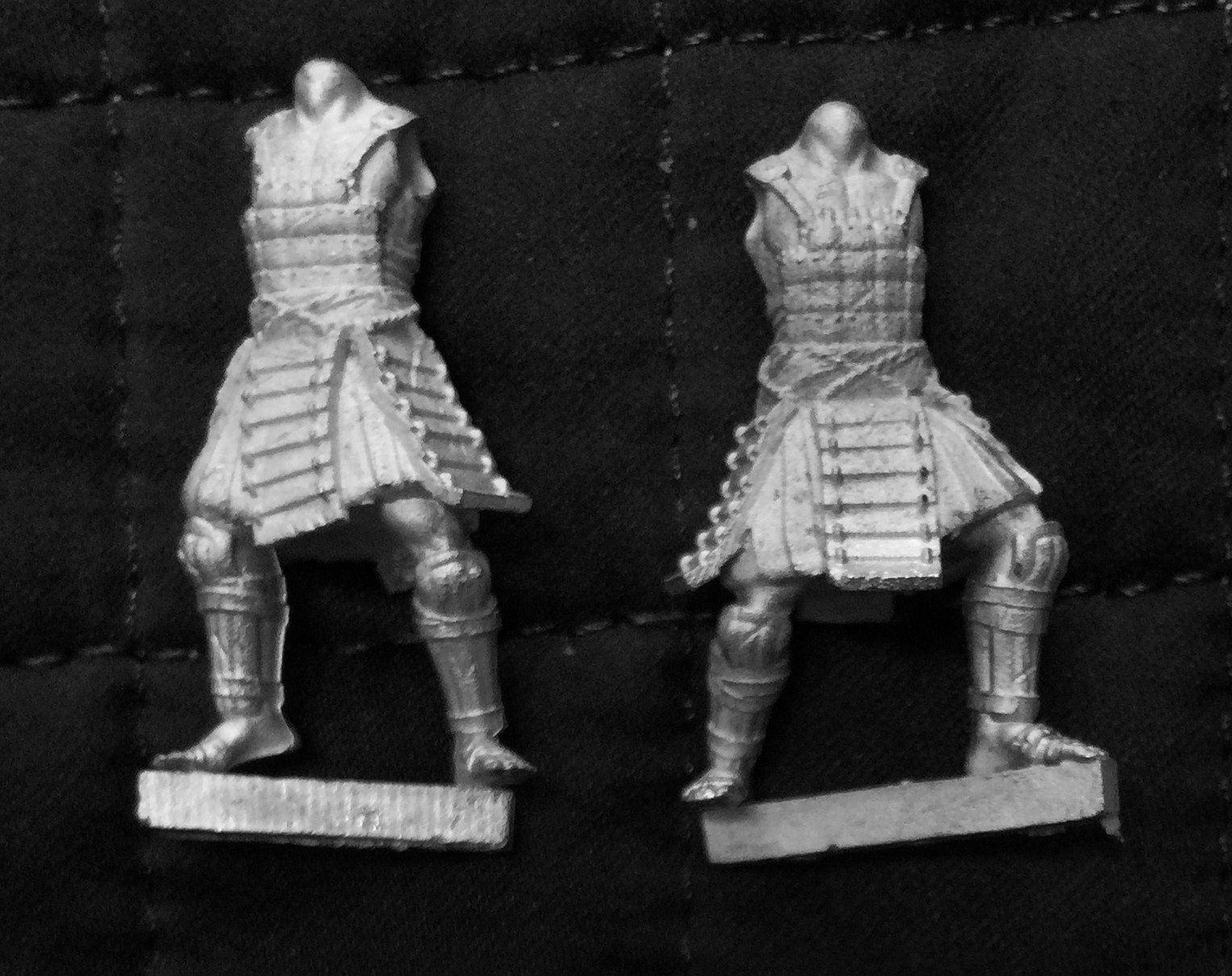 The armor has a lot of detail to it with the numerous plates that comprise it. 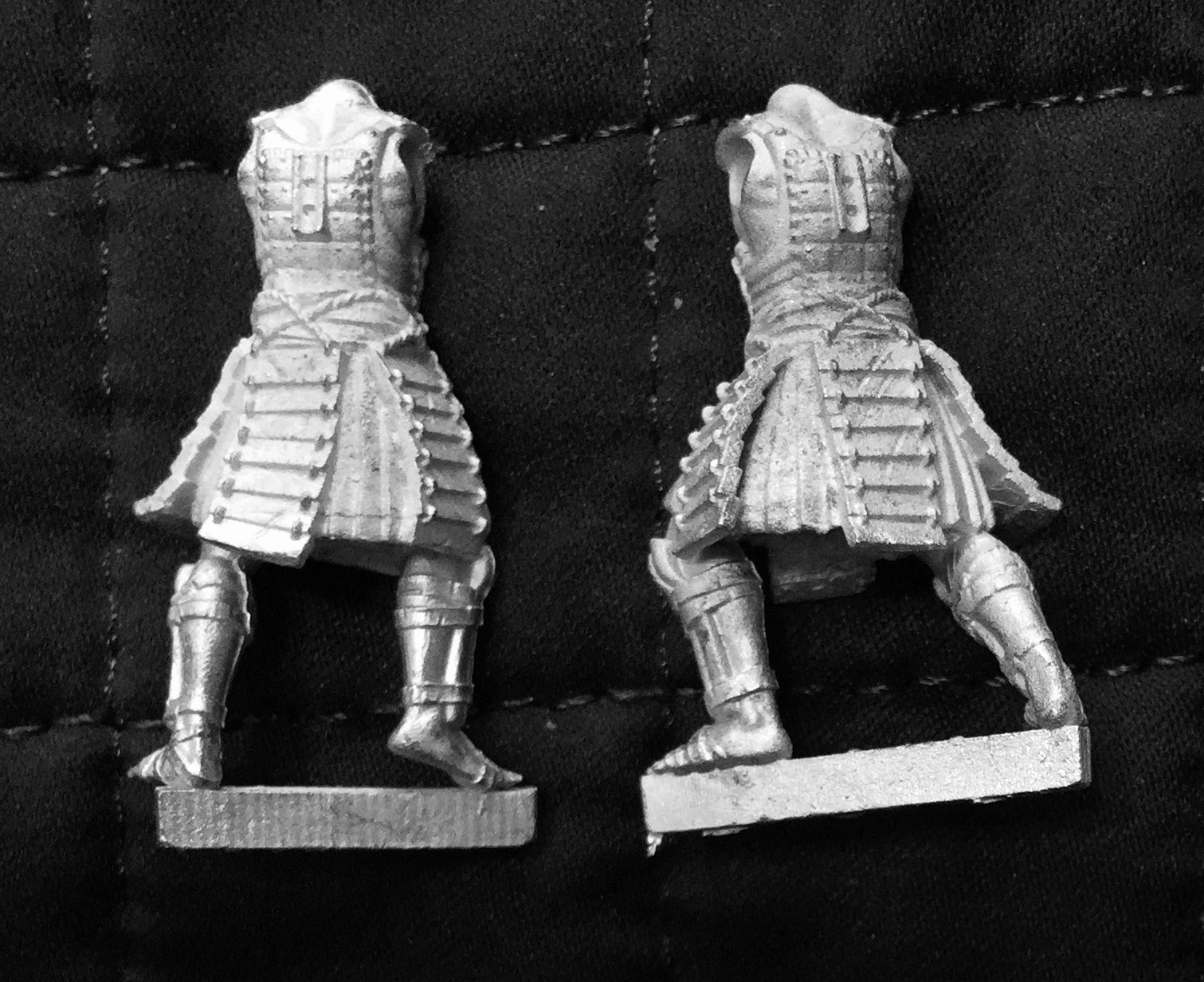 Here’s a shot from the other side. 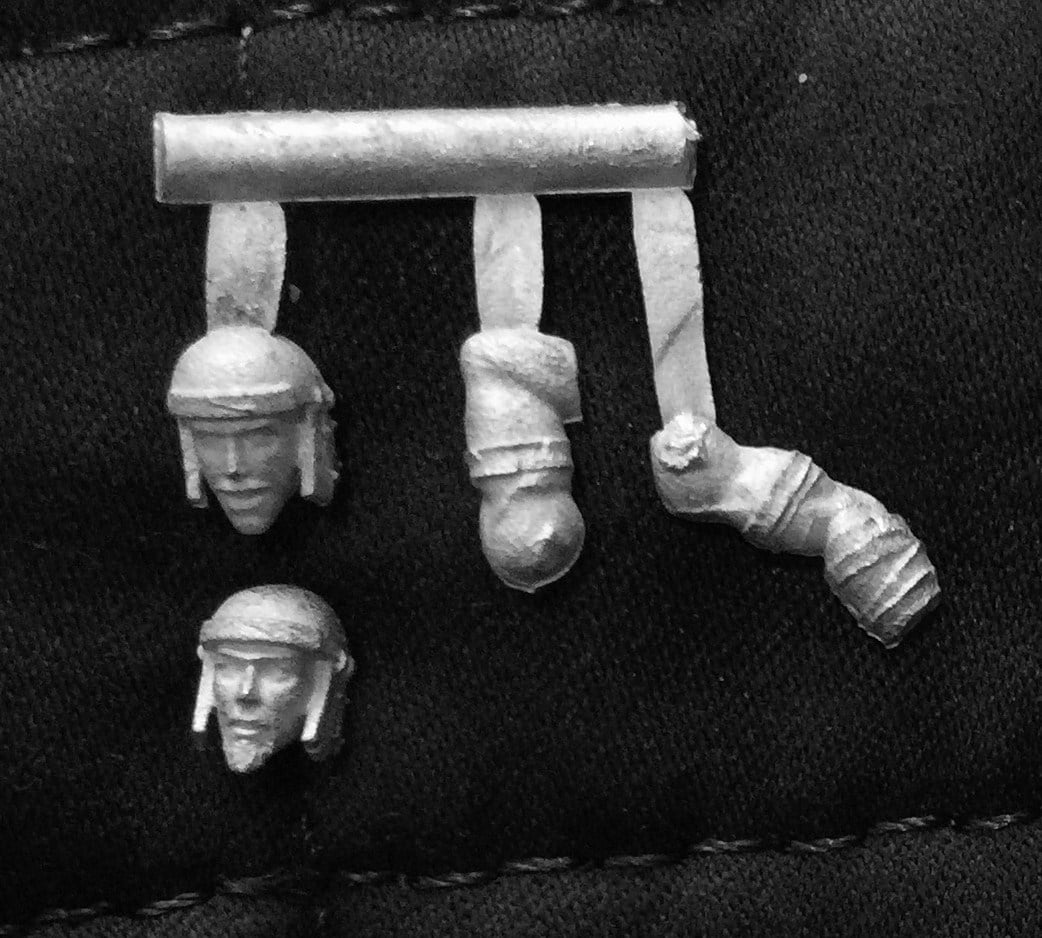 I also thought I should get a close-up of their faces. 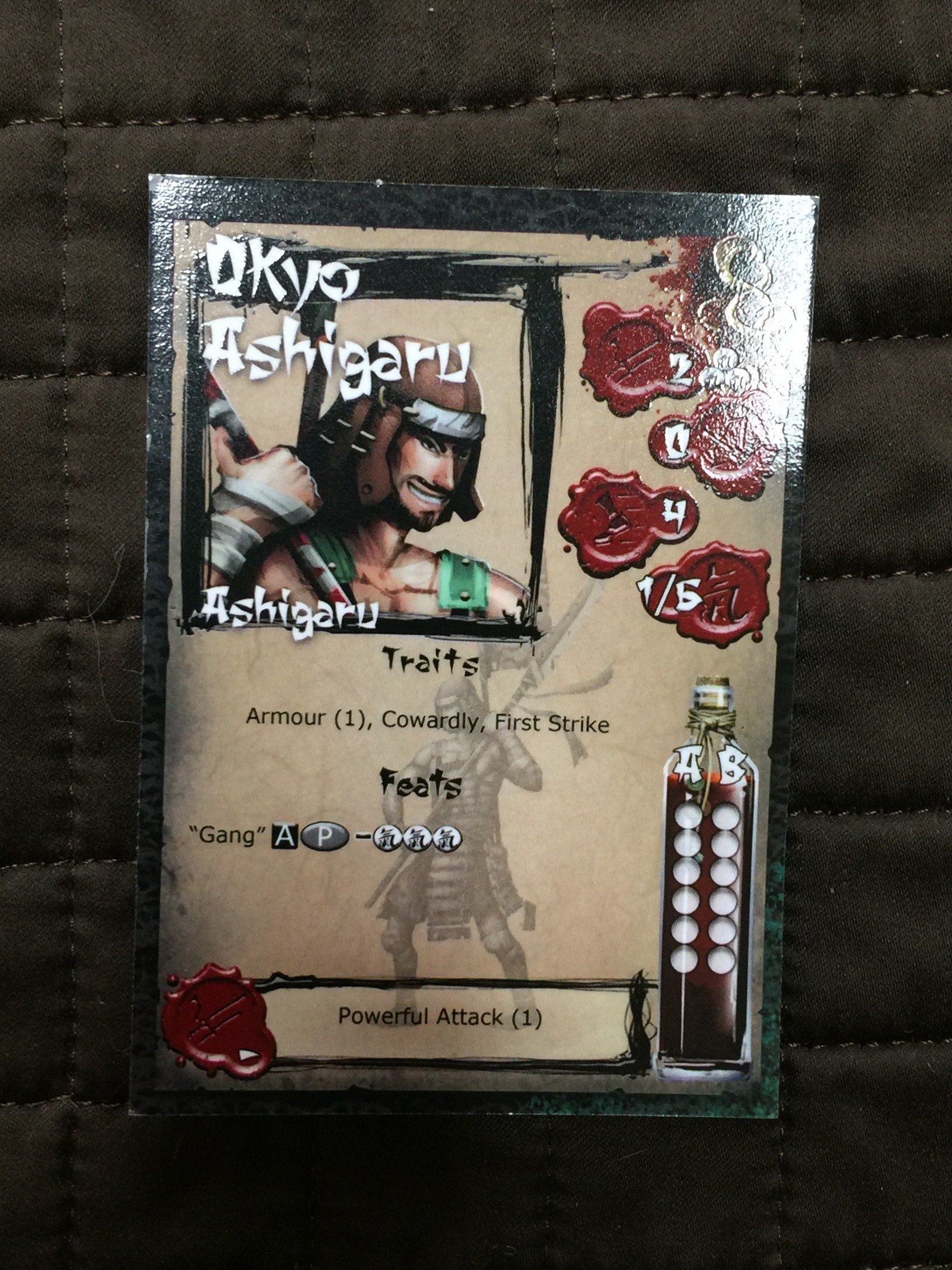 Here is what a Bushido card looks like for those who haven’t seen one. If it seems glossy, that’s because it’s coated so you can mark damage right on it with a dry erase marker. 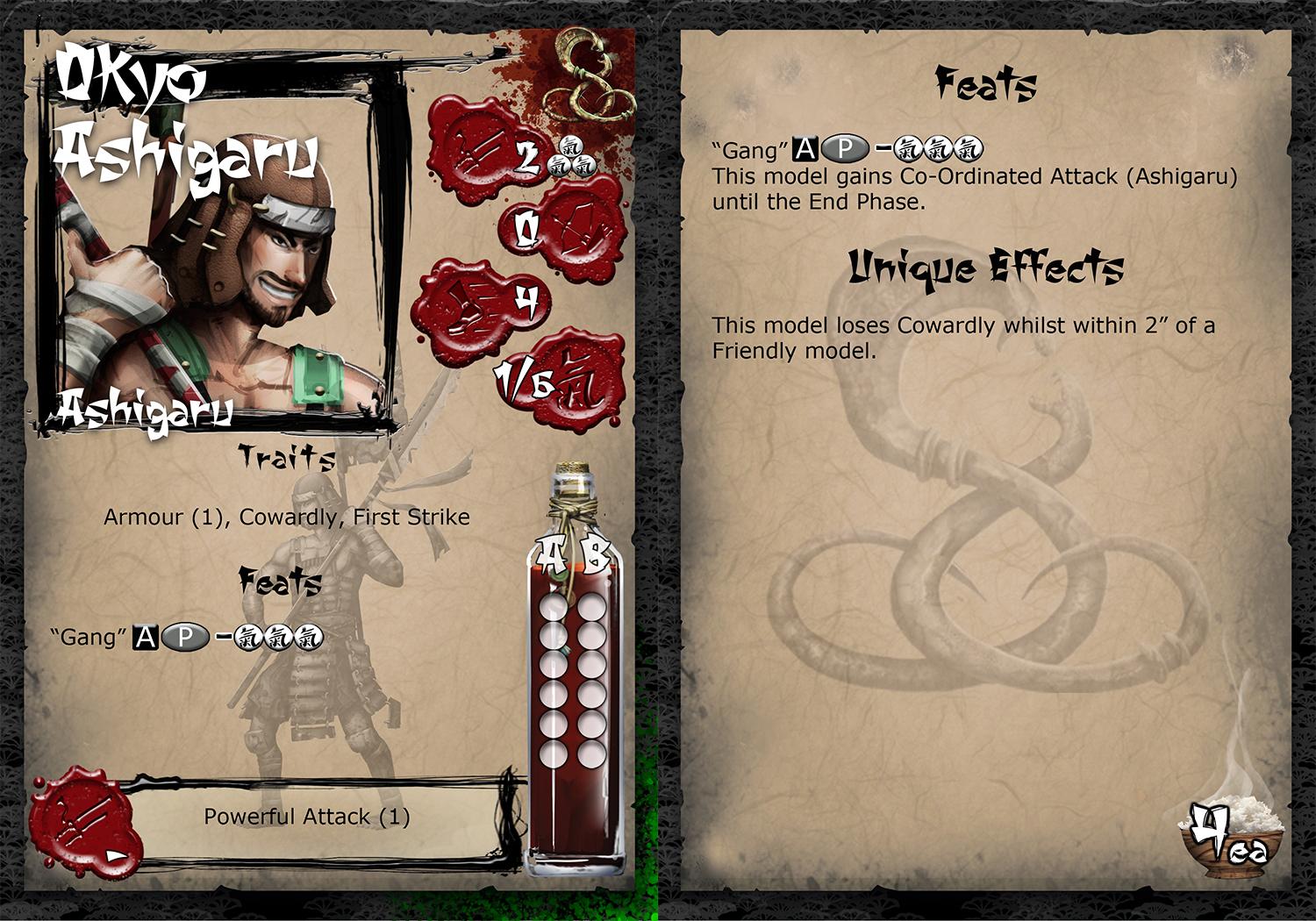 Here’s a look at the card. All Bushido cards can be viewed in the GCT studios online store with the accompanying model. The rules are also free for download, so go ahead and check those out to help you read this card. These Ashigaru are the cheapest human troops available to the Ito so far. They’ll help grab objectives while your snake people and Samurai do the fighting. 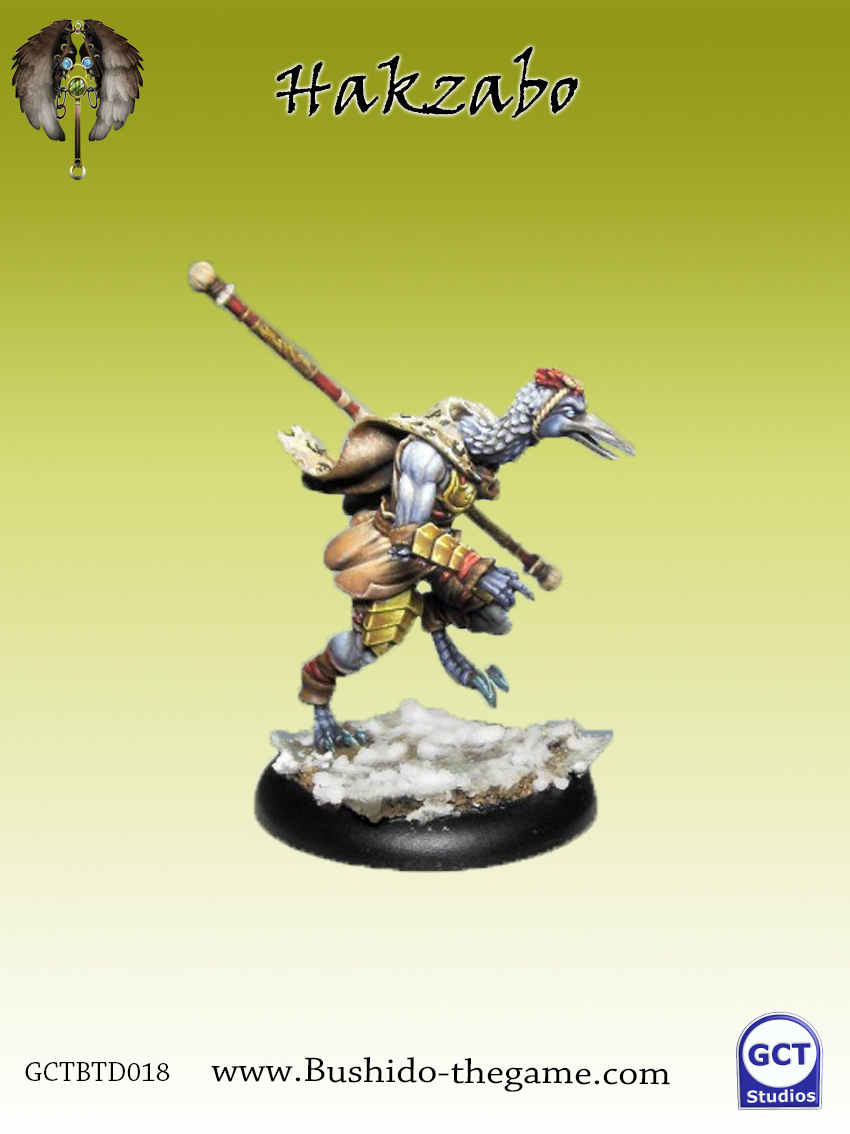 Our next model is from the Tengu Descension. This faction is full of bird people, though it’s usually eagles and owls. This is the first crane man I think. 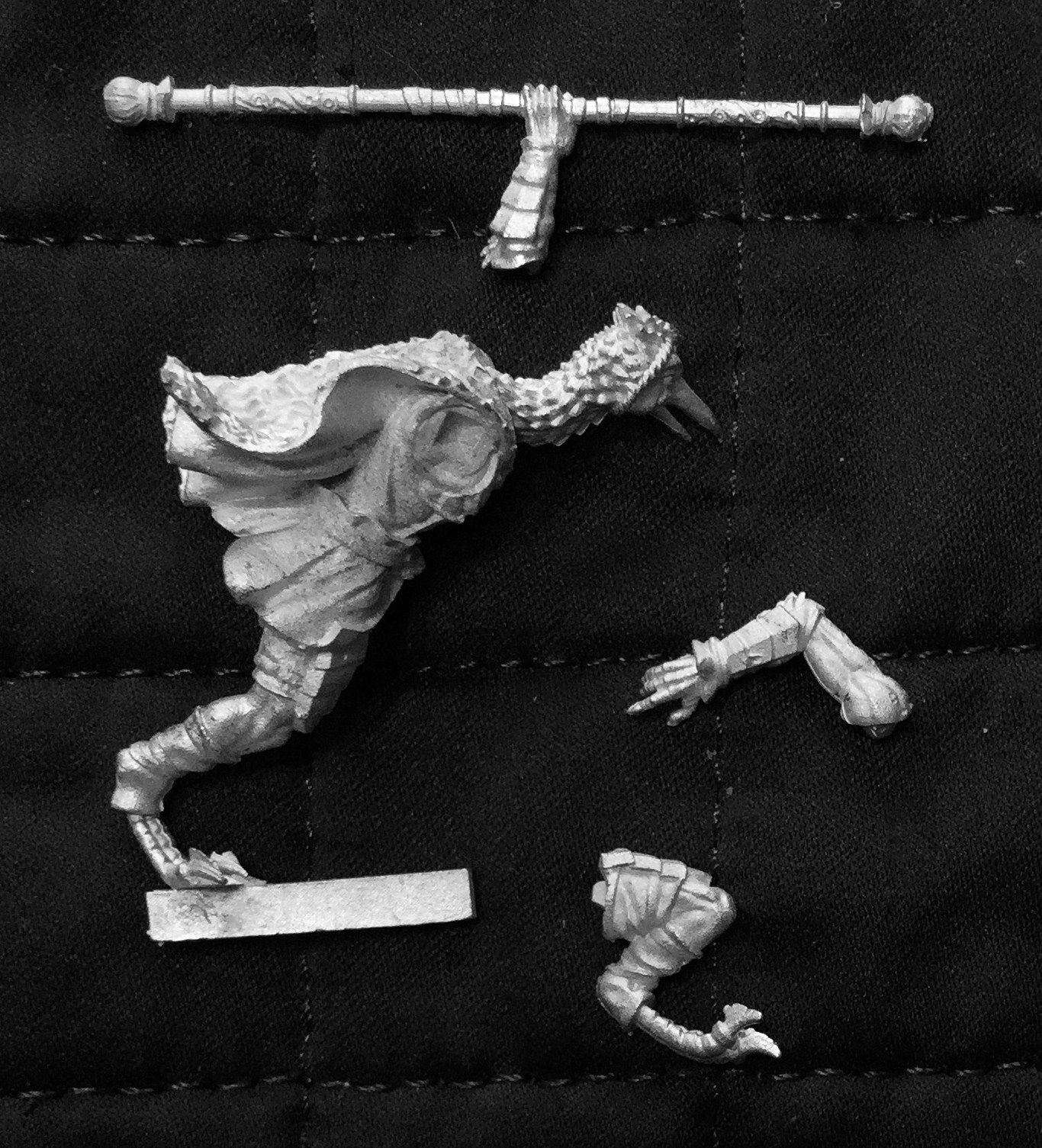 Here’s our bird person. The square sockets should make assembly a breeze. 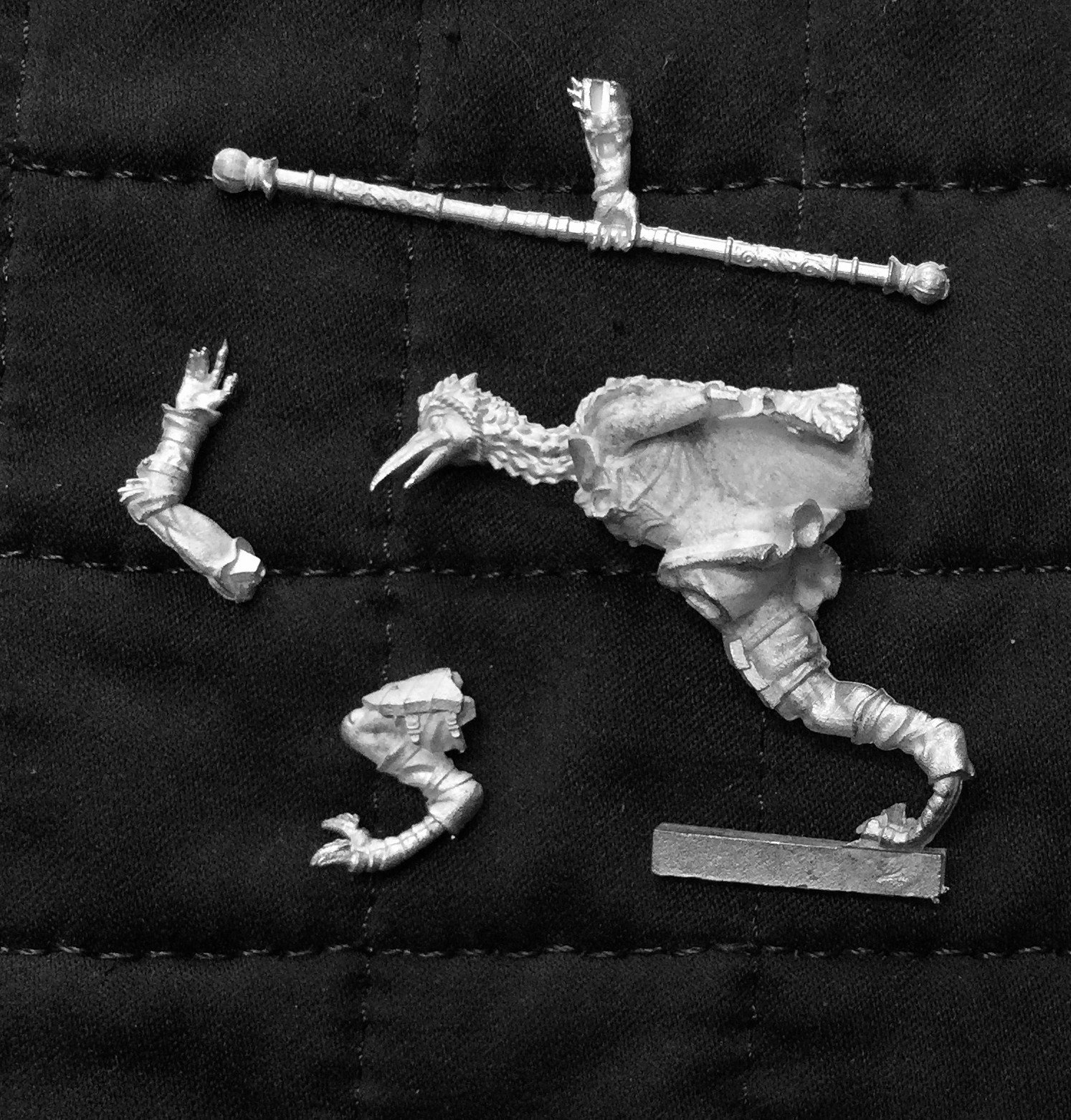 Here’s a look at all the pieces form the other side. 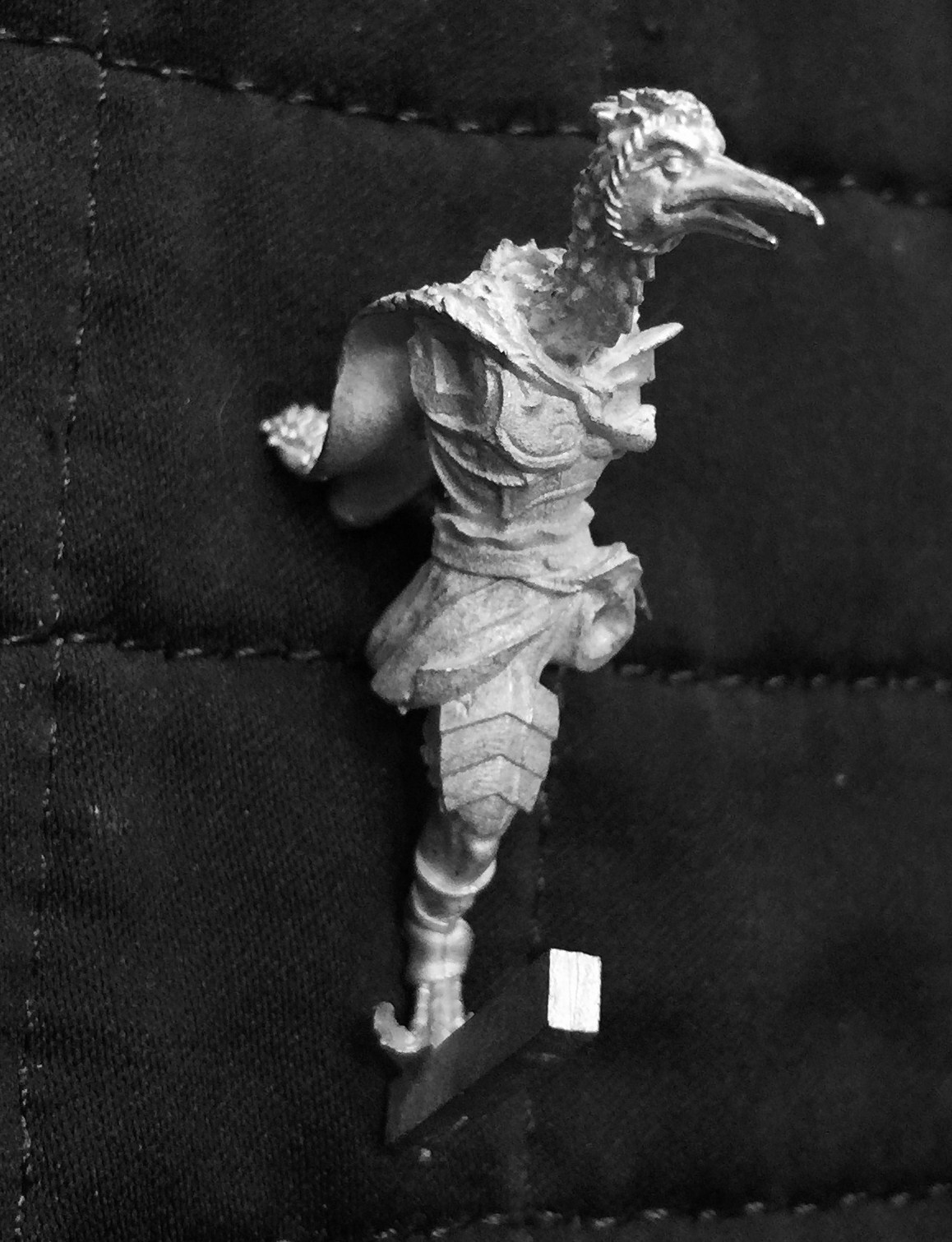 Finally, a shot from the front so you can really see the detail on the face and armor. 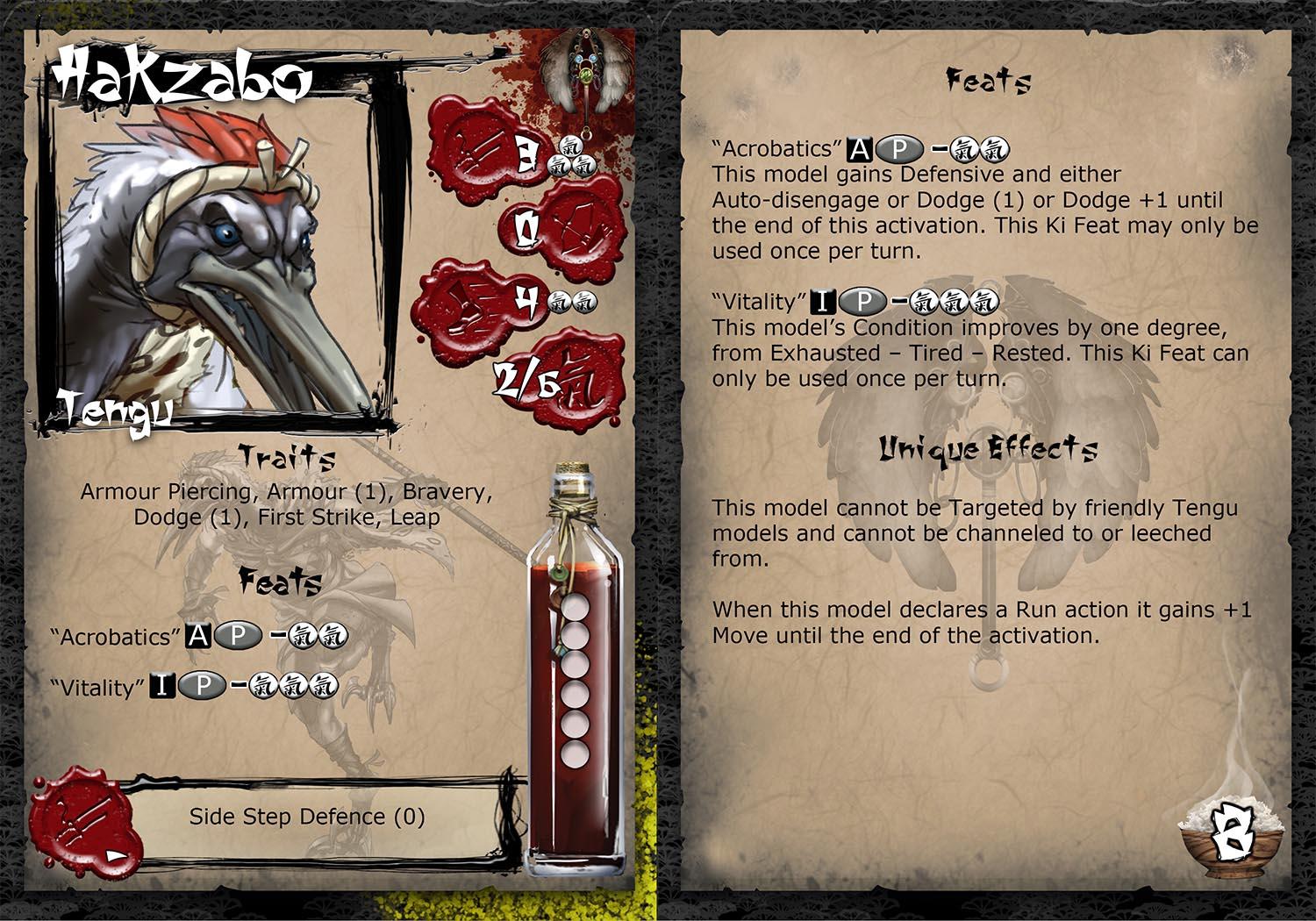 Hakzabo is right in the middle of the points cost spectrum but has some interesting abilities to show for it. Vitality is probably the best thing about him since it basically gives him an extra activation every other turn. 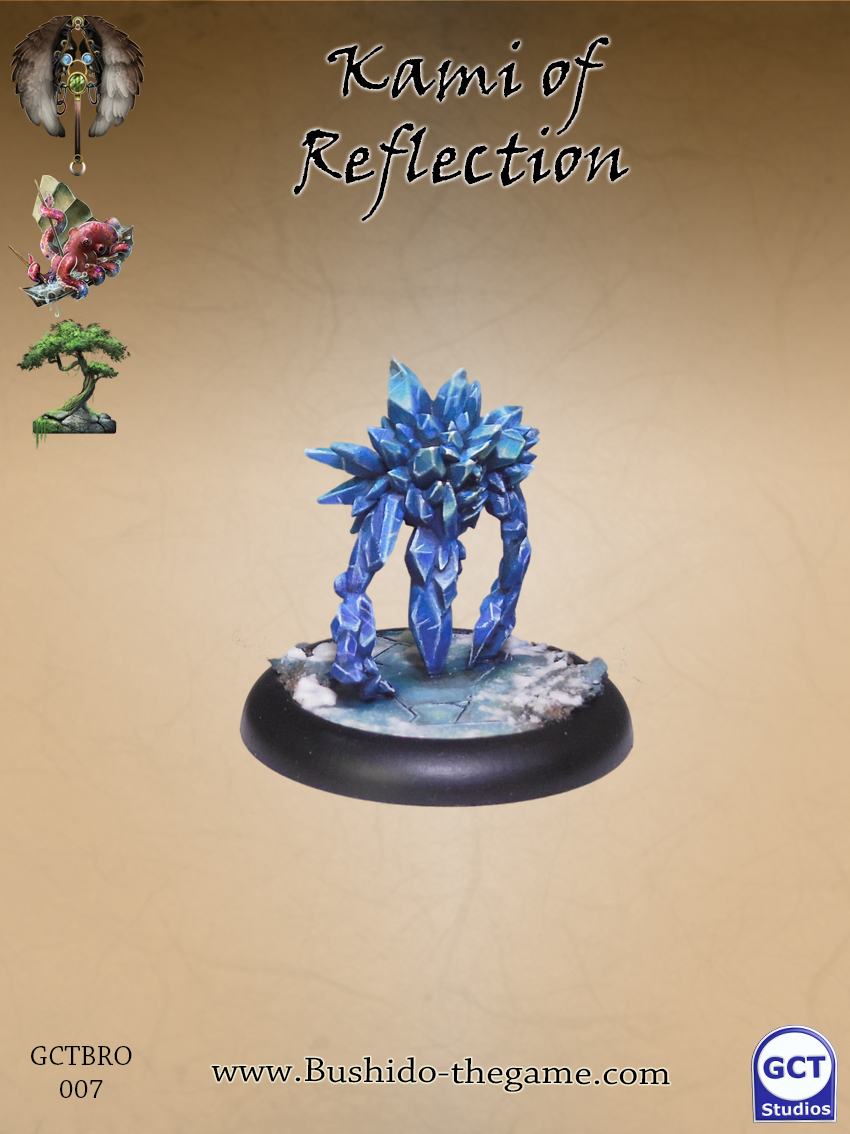 There are many Kami in Bushido. Most of them are found in the Ro-Kan faction, but other factions have a few of their own. This one is actually a “Ronin” meaning it will fight for several factions. In this case those factions are the Temple of Ro-Kan, the Tengu Descension, and the Jung Pirates. 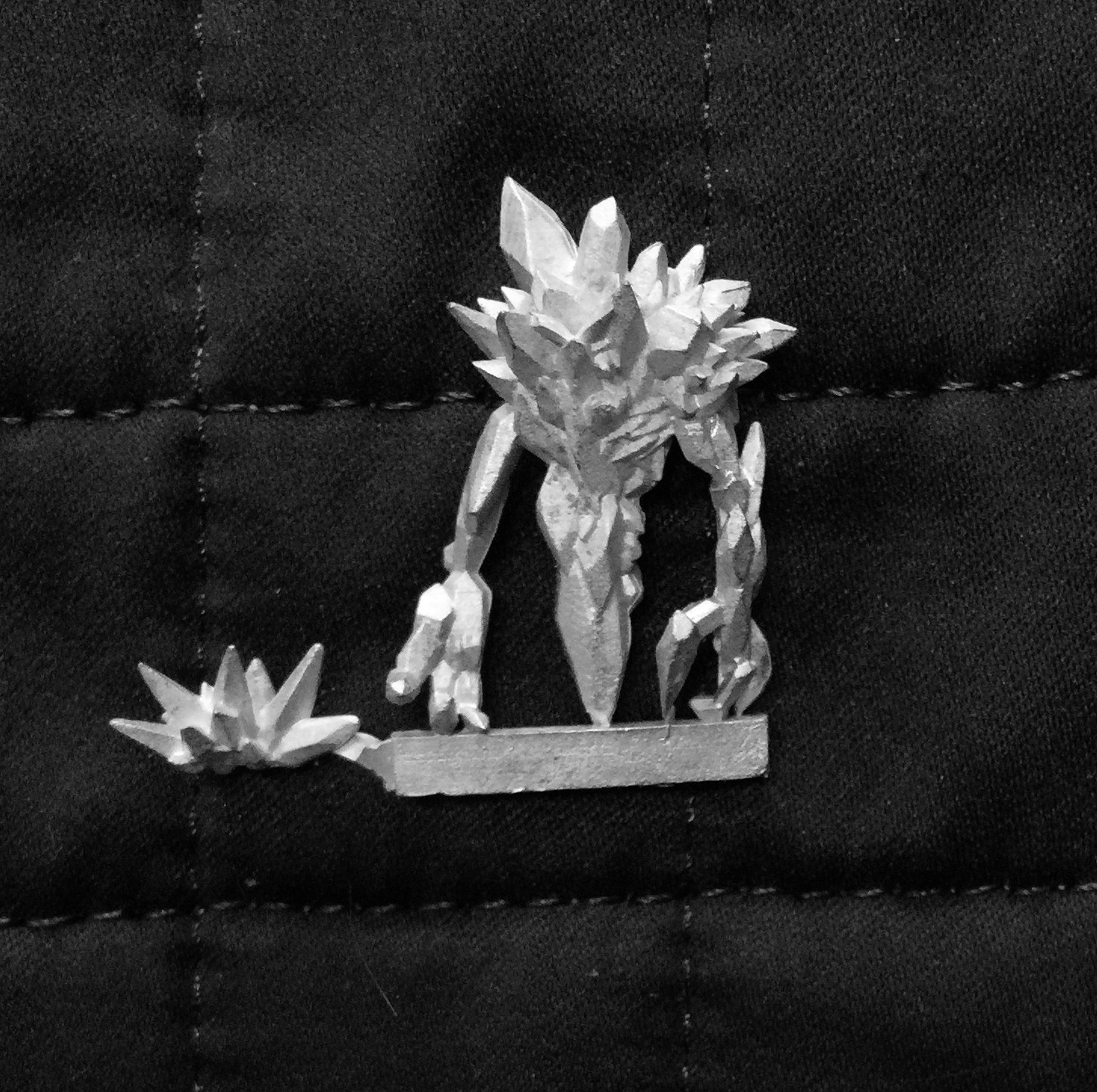 The model feels a little flat in these pictures, but holding it in your hands it has a lot more dimension to it. 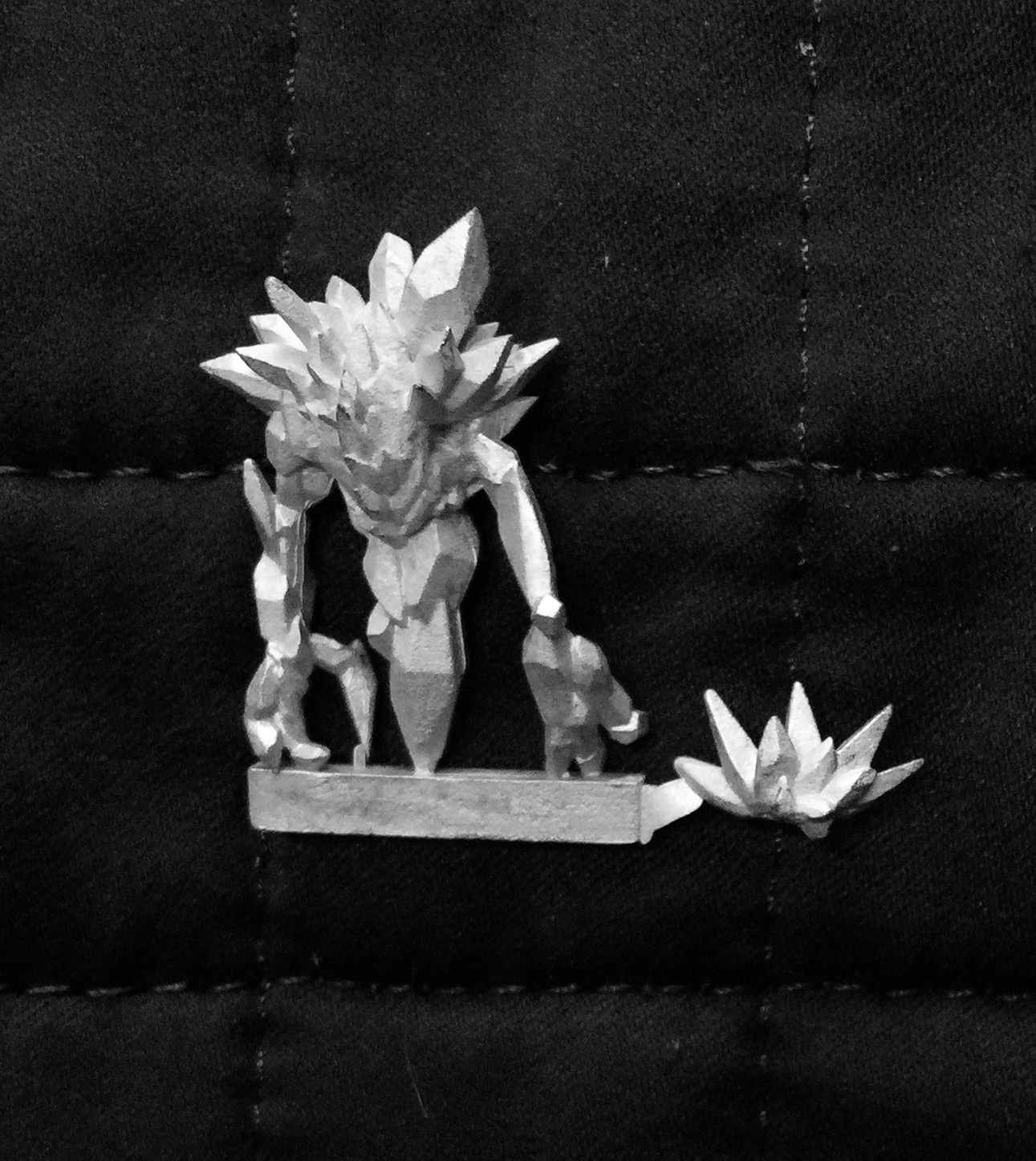 You can just make out the little hole where the crystal on the side fits in. 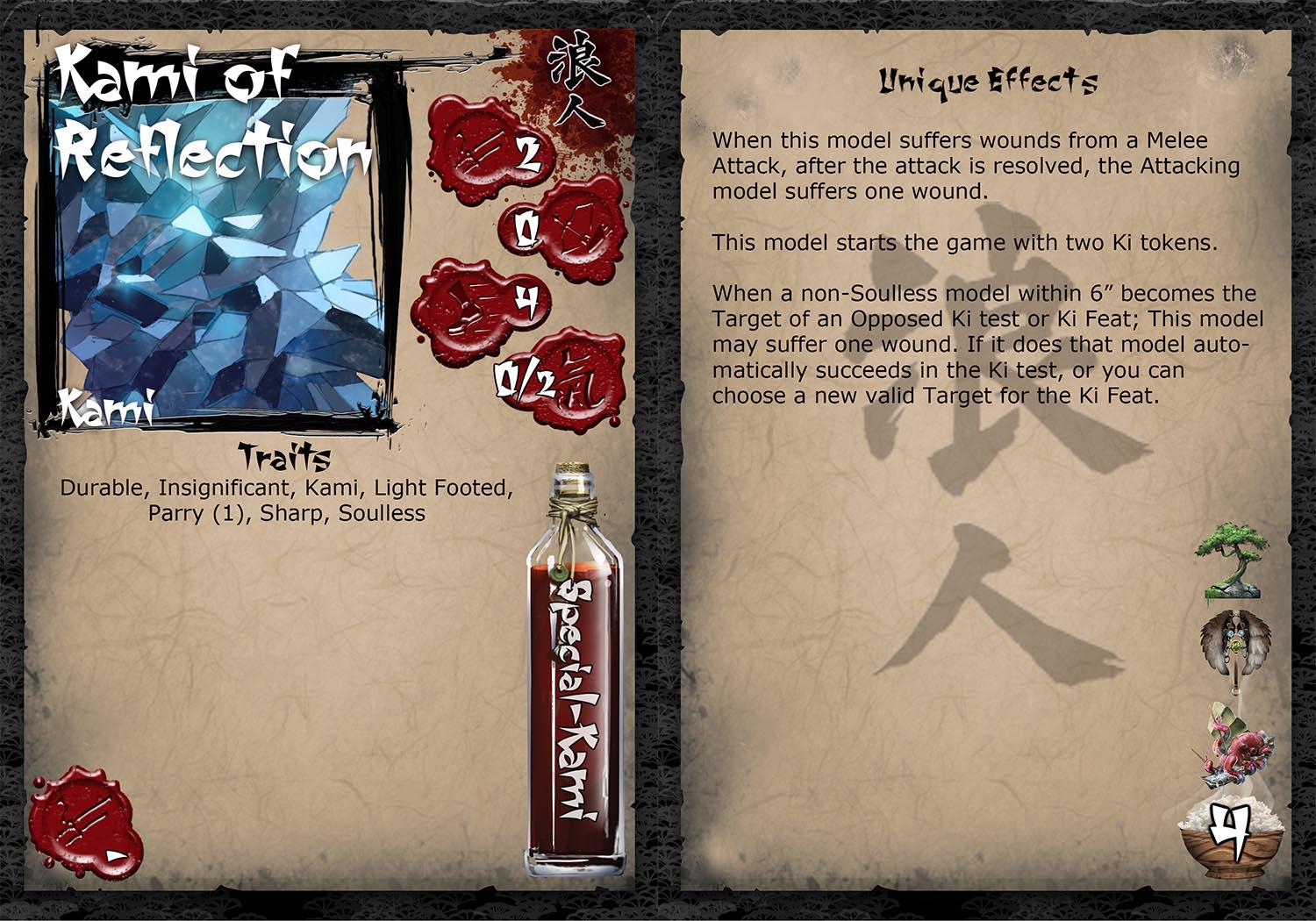 This Kami doesn’t really look like much on the surface until you read that last paragraph under Unique Effects. This should make him extremely annoying against models like Ikiryo that can do direct damage through Opposed Ki Tests, or Hanami that can use Ki Tests to take control of your models.

I saved my favorite of the bunch for last. 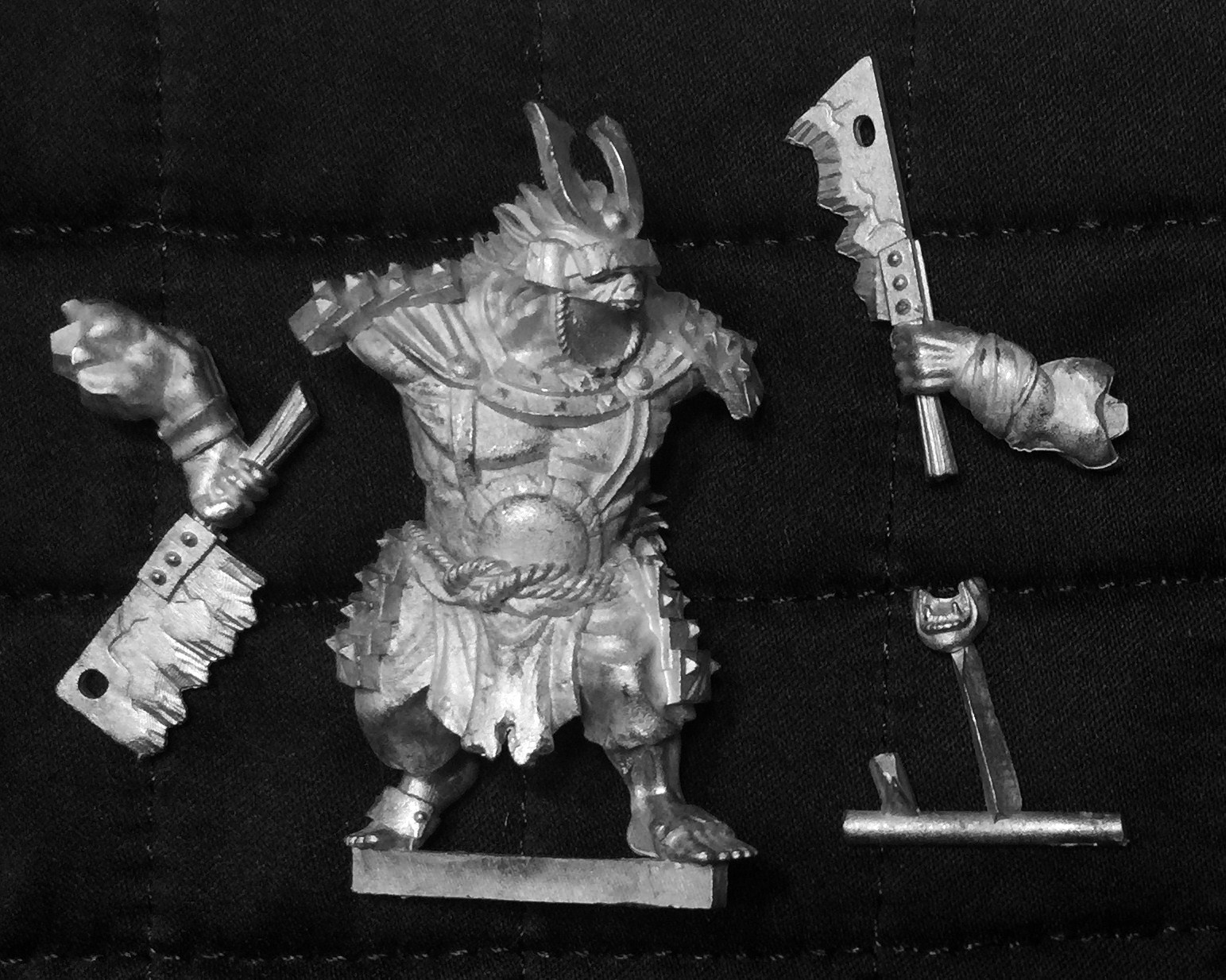 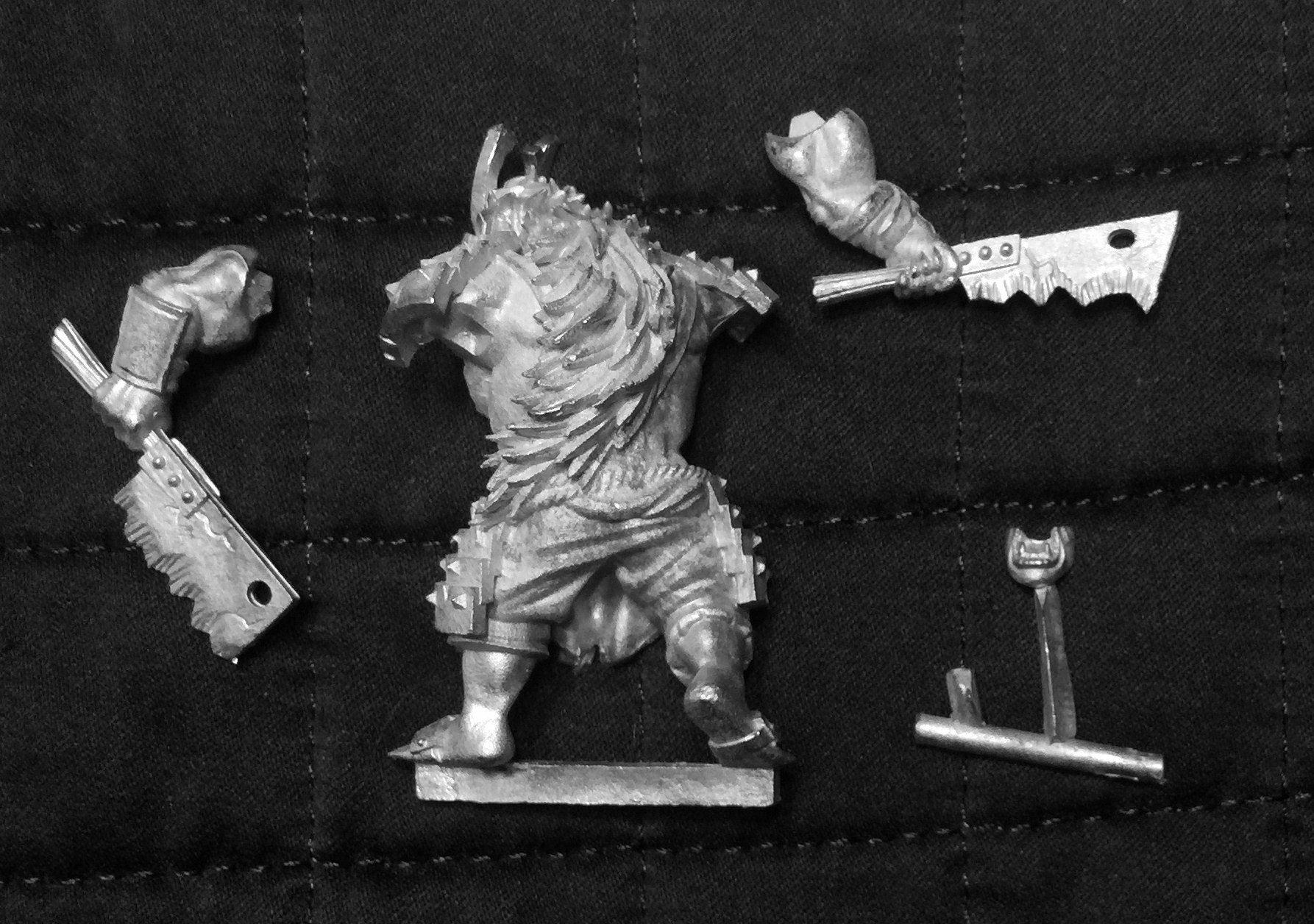 This is the first time we’ve seen one of the Savage Wave show up in a suit of armor. 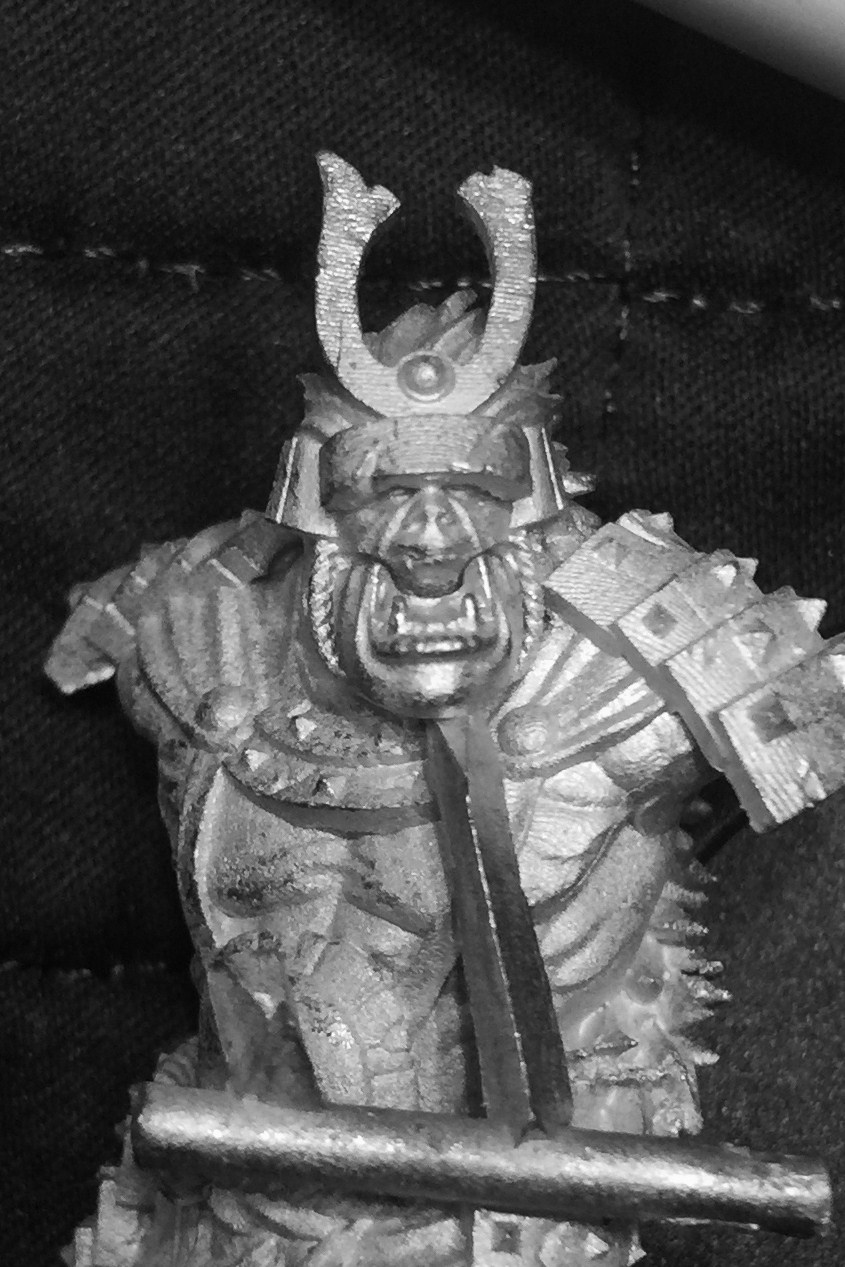 The face is perfect. 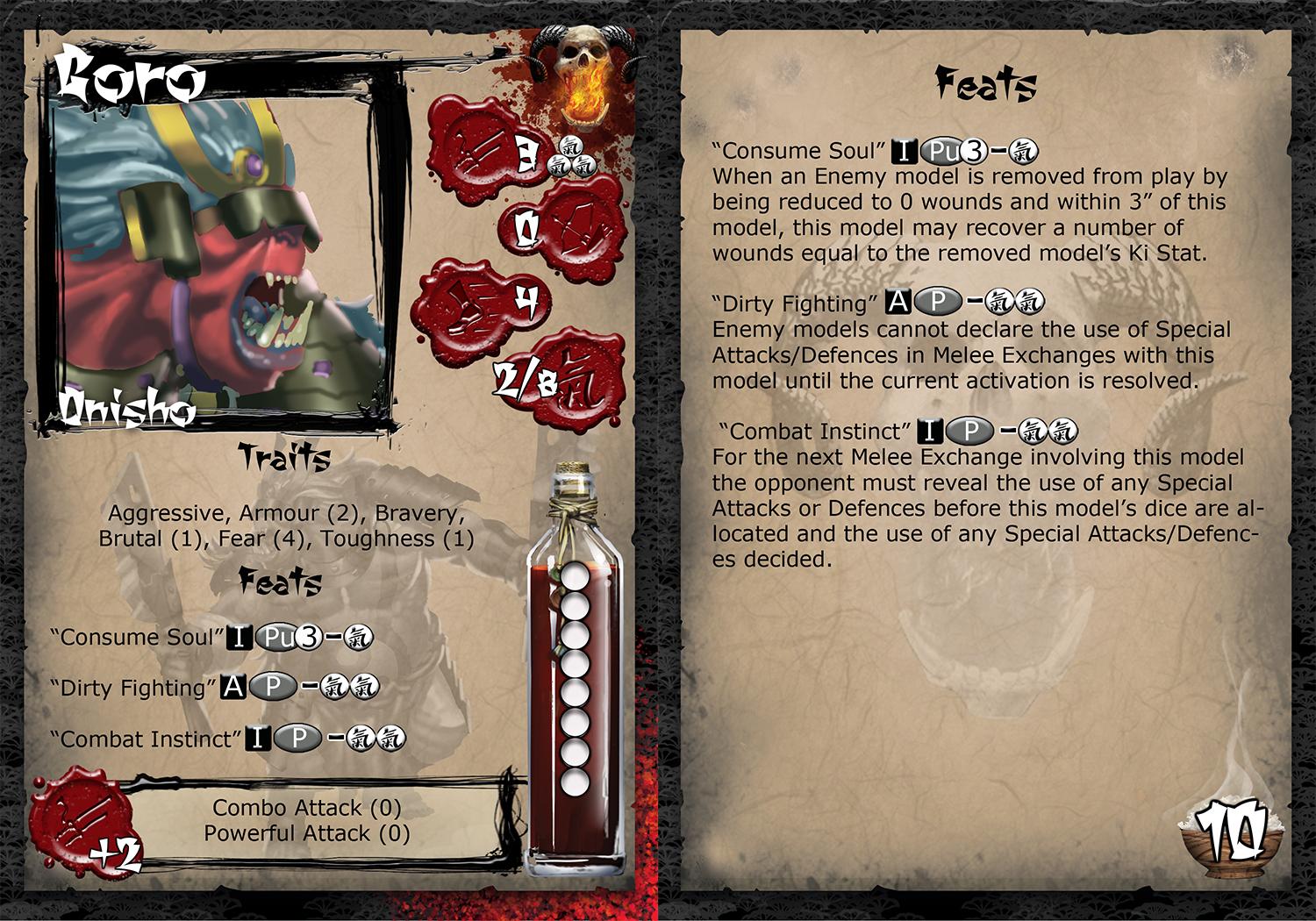 With Armor (2) and Toughness (1) Goro will be an extremely difficult model to bring down. His Feats can also make him harder to kill, and Combo Attack (0) is an excellent Special Attack. Fortunately he’s just an Onisho (young Oni) so he doesn’t have as many health points as some of the bigger ones.

If looking at these models has you thinking hard about picking up Bushido, there is one more thing you need to know. There are only a few places in the U.S. that carry this game. I know of only four online retailers: FRP Games, Noble Knight, Fantization, and Atomic Empire. The fact that I managed to track all these places down should show you just how far I’ll go to find models for this game. What’s even harder is to find one with all the models you want in stock. Of course if you’ve had luck with them in the past you can always order from Wayland Games. They’ll surely have the best prices right now with the current exchange rate on the Pound, but I’m always reluctant to have things shipped to me from outside the country. If you’re going outside the country anyway I’m sure GCT studios would be happy to take your money directly.

~ Hope you enjoyed the article. Do you already play Bushido? Have you considered picking it up? What do you think of Wave 34? Be on the lookout for more Bushido, I plan to do some more unboxings soon.