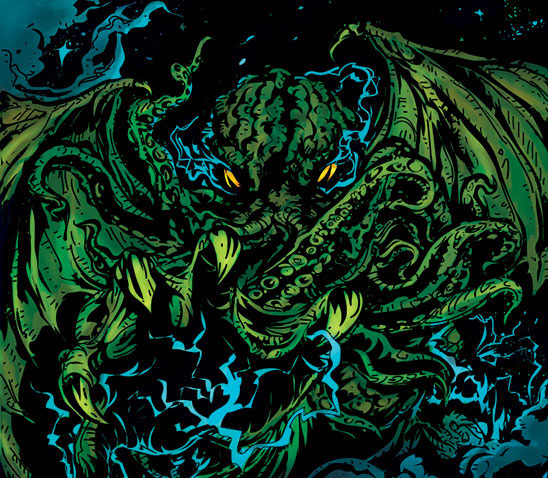 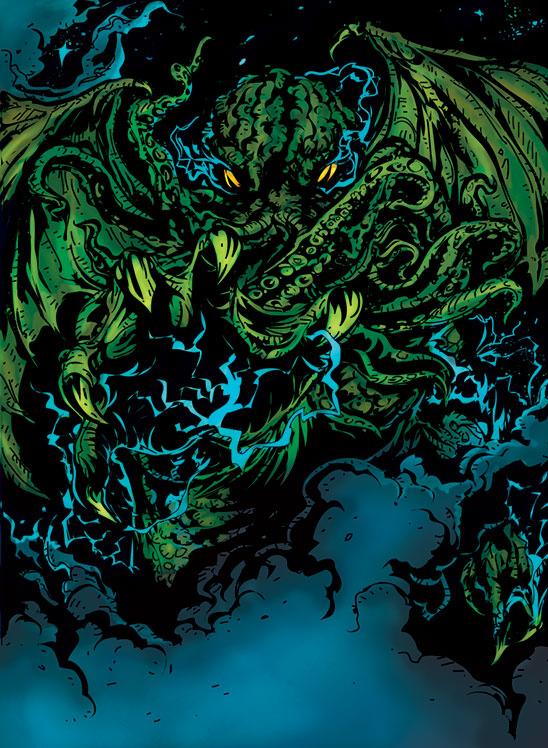 Don’t stare too long or the madness will get you – that’s what “Cthulhu: A Deck Building Game” is all about!

Our buddies at Dragon’s Lair Comics & Fantasy brought over a trip to the abyss with Cthulhu: A Deck Building Game. It’s next under the Tabletop Spotlight:

H.P. Lovecraft’s universe comes to life in this new Deck Building Game from Wyvern Gaming. The concept is simple. You can up to 5 other players (1-6 total) are working cooperatively to take on the minions of the Elder Gods with the hope of banishing them before they are able to kill you or worse… 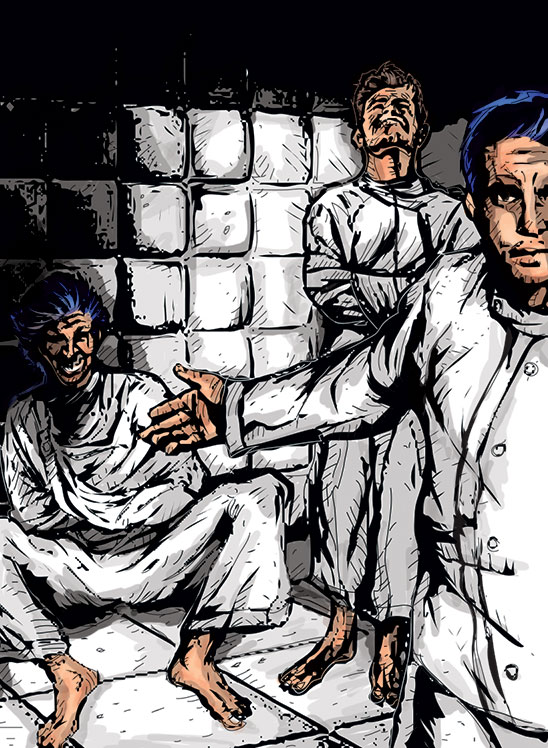 This is a deck building game – if you’re not familiar with them it’s pretty easy to learn. You start with a basic deck which you upgrade by way of spending resources to get better cards. When your deck is empty, you shuffle your discard pile and draw from your new deck. Ideally, your deck will allow you to get better resources and better cards over the course of the game.

Personally, I really like these types of deck building game because they scratch a resource management and card game itch that I have. I also like that for most deck building games the majority of the rules are actually on the cards – once you get the core concepts down you just have to play the cards you’re dealt (or drawn). They tend to be very much a “learn as you play” type of game and, depending on the size of the card pools, can also have very different outcomes. Cthulhu: A Deck Building Game is definitely all about the replay value.

Cthulhu comes with a ton of different investigator characters to choose from so no two play throughs are the same. Between the characters and randomness of the cards you should have a pretty good time trying out new “combos” or strategies to defeat the Elder Gods and their goons.

Gameplay is suprisingly simple. There are really only two main phases to the game: Planning and Combat. I won’t break down how a typical turn works here, but if you’re interested you can read up on the instructions HERE. Overall, I think this game is worth your time. It’s got some crazy vivid art and the card mechanics are pretty solid. So if you’re up for a trip to the brink of madness then go check out Cthulhu: A Deck Building Game. It’s starting shipping to Kickstarter backers and may not be in all retail stores quite yet – but you can check it out online at the link below: 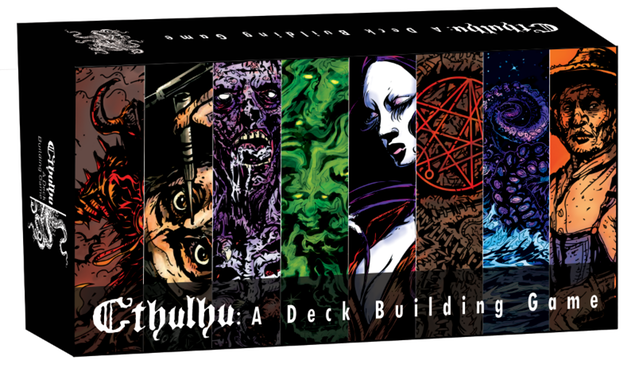 The Elder Gods greet and invite you to participate in trying to save your wretched existence. The stars are aligning soon and only those who have dared to piece together the clues from the mythos know what’s coming. Do you and your fellow investigators have what it takes to save everything? I think not…

Author: Adam Harrison
Writer, Editor, Texas Native, and Austinite for 15+ years, Adam covers all things Tabletop Gaming. Which includes Warhammer 40,000, Age of Sigmar, D&D, Board Games and everything else that involves dice, boards, cards and a table. A hobbyist, player, and collector of miniatures and games, Adam's current obsession are his Death Armies for Age of Sigmar, his Blood Angels and Tyranids for 40k, and his ever growing Arkham Horror: The Card Game Collection.
Advertisement
Card Games Cthuhlu H.P. Lovecraft Tabletop Spotlight Unboxing Videos
Advertisement 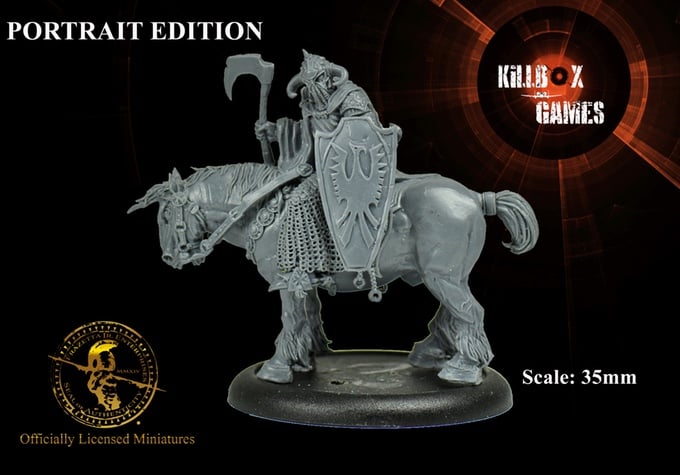