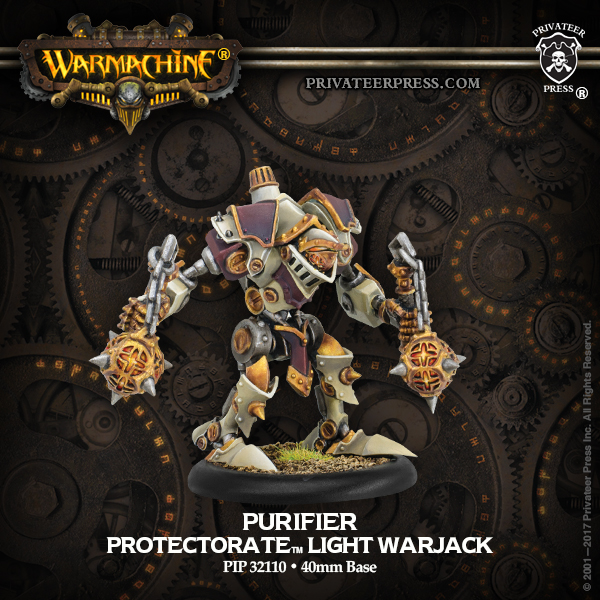 That’s right. A trio of solos are coming up. A new Arms Master for the Protectorate, capable of directing the use of Skyhammer and Sunburst weapons; a Artillery Kapitan for Khador, who will make sure that the devastating barrages of their weaponry land where they need to; and a Hellsinger Phantom from the murky depths of Cryx, who bears a hellish resemblance to one of Cygnar’s legendary figures.

Read on below for full details!

Faith alone is insufficient to protect the faithful. Thus, the Devout was built to guard the Protectorate’s leaders from heretics and engraved with holy inscriptions to protect its controller from accursed magic. The Dervish, on the other hand, is a divinely inspired weapon that uses its chassis’ unparalleled reflexes wholly for offense. The Purifier, crafted as a literal interpretation of wrathful scripture, has a singular drive to eradicate unbelief through the cleansing fires of the Creator. 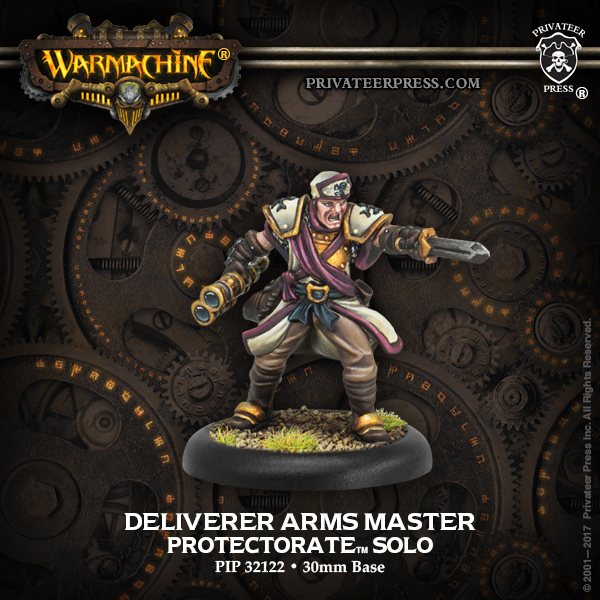 Few deliverers survive long enough to gain true mastery of the weapons they wield, but those who do can earn the distinguished title of arms master, directing their charges in combat from the back lines. Tasked with the upkeep and repair of Skyhammer rockets and Sunburst artillery, they also train the faithful in the use of these devastating weapons. 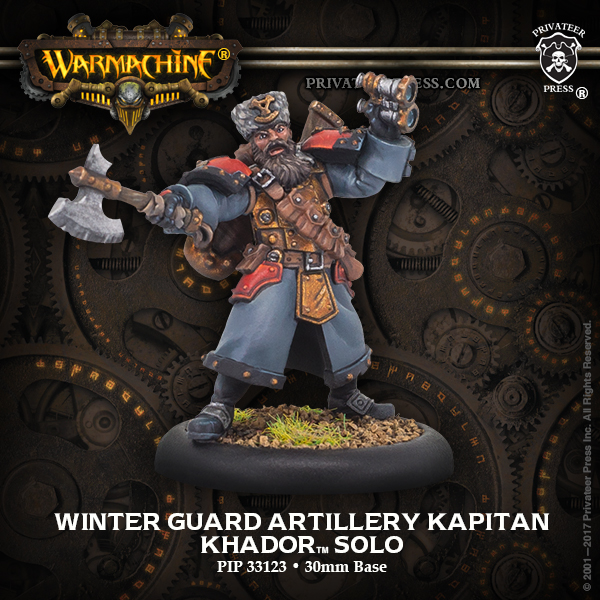 The artillery kapitans of the Winter Guard understand the true strength of Khadoran artillery. Under their command, crews lay down fearsome barrages just ahead of their advancing troops, decimating enemy lines while creating a chaotic environment that Khadoran forces can turn to their advantage. Often friendly troops are caught in these blasts, but a kapitan knows such losses are a necessary price of victory. 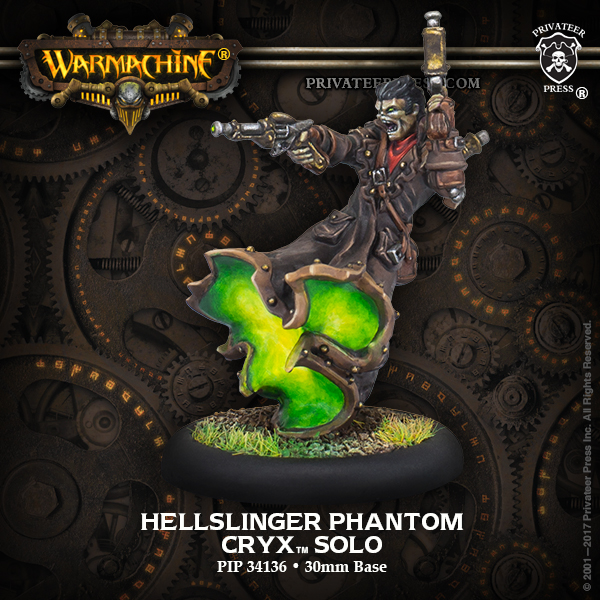 A malevolent specter born of Cryxian magic, the Hellslinger Phantom bears a striking resemblance to the Cygnaran warcaster Allister Caine, and rumors suggest it was made from a sliver of his very soul. The Hellslinger Phantom mimics Caine’s style on the battlefield, firing runeshots akin to the ones employed by gun mages. First spotted in a remote town in northern Cygnar, the phantom slaughtered a large number of innocent civilians, and now every day it roams free, the body count grows.