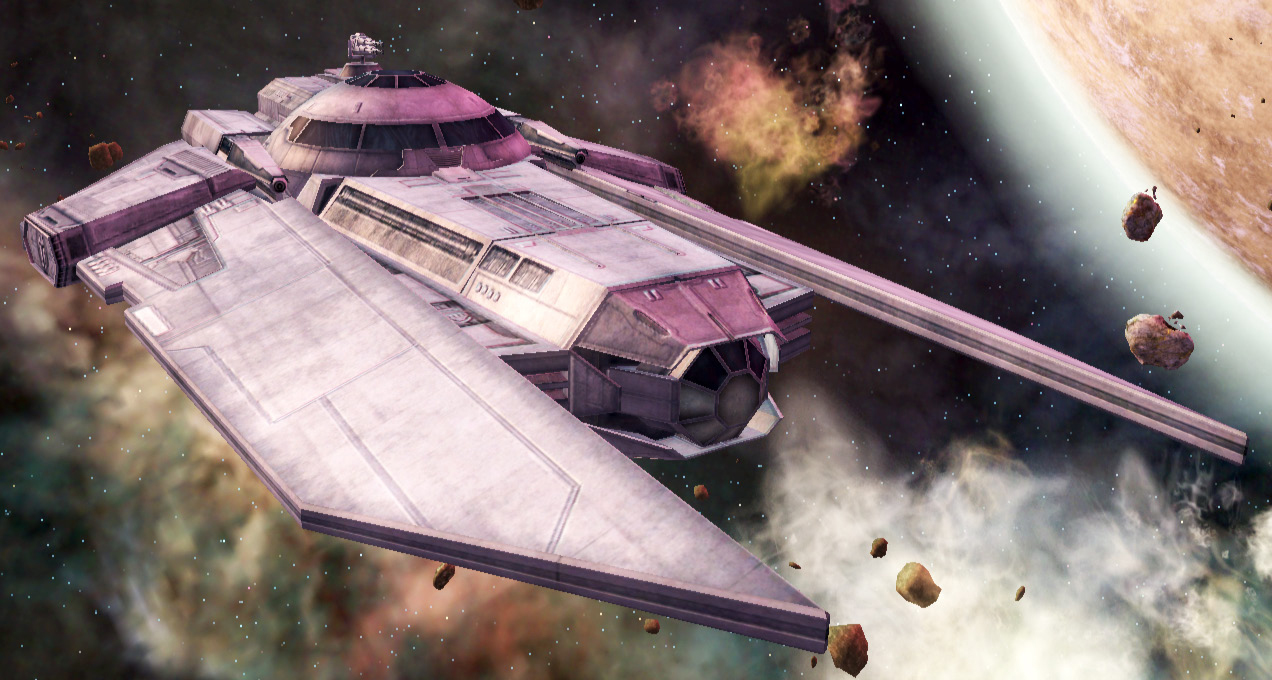 Today we take a look at using the VT-49 Decimator in a list.

The Decimator is pretty interesting squadron to me. With a tough hull, plus potent anti-ship and squadron attacks its got a very solid stat line. Having rogue in many ways just makes it act like a small light ship, rather than a squadron. While it can hit heavy, it does lack any subtly or trickiness. I’ve spent a lot of time looking at them lately and trying to figure out how to use them effectively in a fleet. 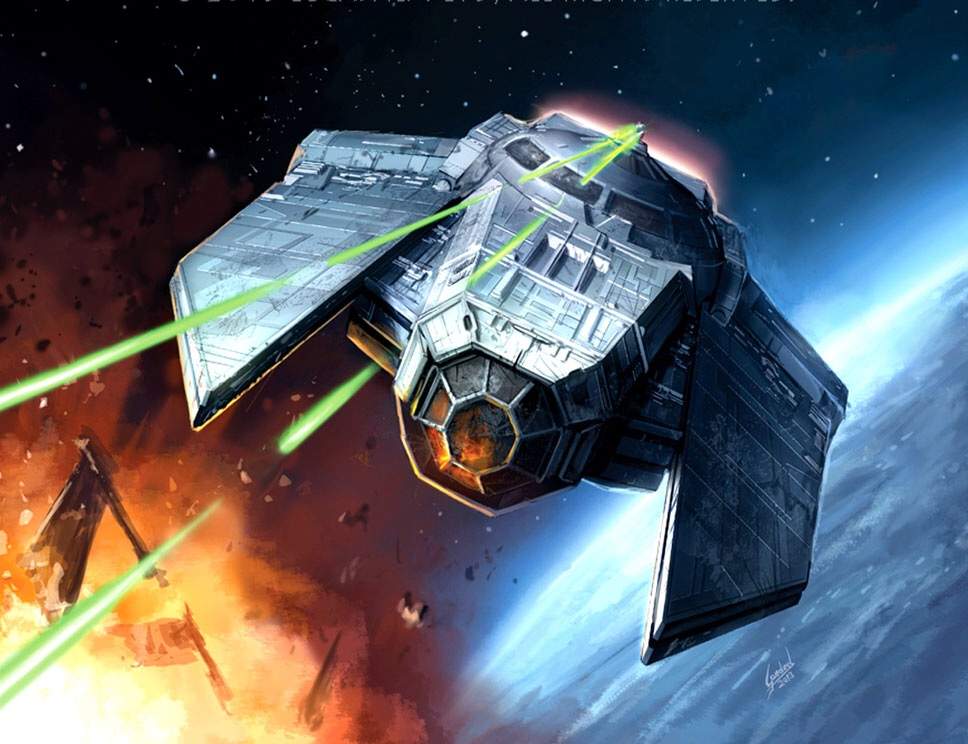 The VT-49 has a lot going for it, but some major drawbacks. The biggest question when taking them is “am I better off taking a Firespary?” This is not a simple question. The Firespray is cheaper and doesn’t have heavy, so it has a change of tying down enemy squadrons.  Anti-ship wise the two units are pretty close, yes the Decimator has 3 blue dice, but the Friespray has bomber, making it more reliable, but with a lower max output. For anti squadrons it’s also a bit of a toss up. Overall the 3 black dice of the Decimator are more reliable then the 3 blue of the Firespray, but the lack of accuracy makes them very weak vs things with scatter. Ultimately it can just come down to what you feel like using.

Personally I feel the Decimator is a ship that needs to used en masse. A decent sized group of them are a real threat to anything in the game and shred unprotected enemy ships. Their ability to act on their own makes them perfect for forming one part of a pincer. The fleet I’ve come up with makes uses of this very tactic. Have a look at what I’ve pointed out. 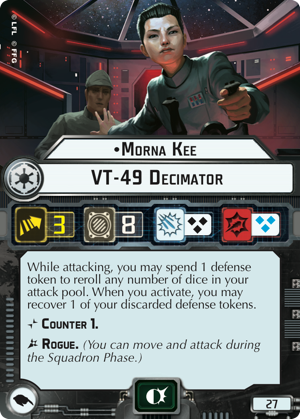 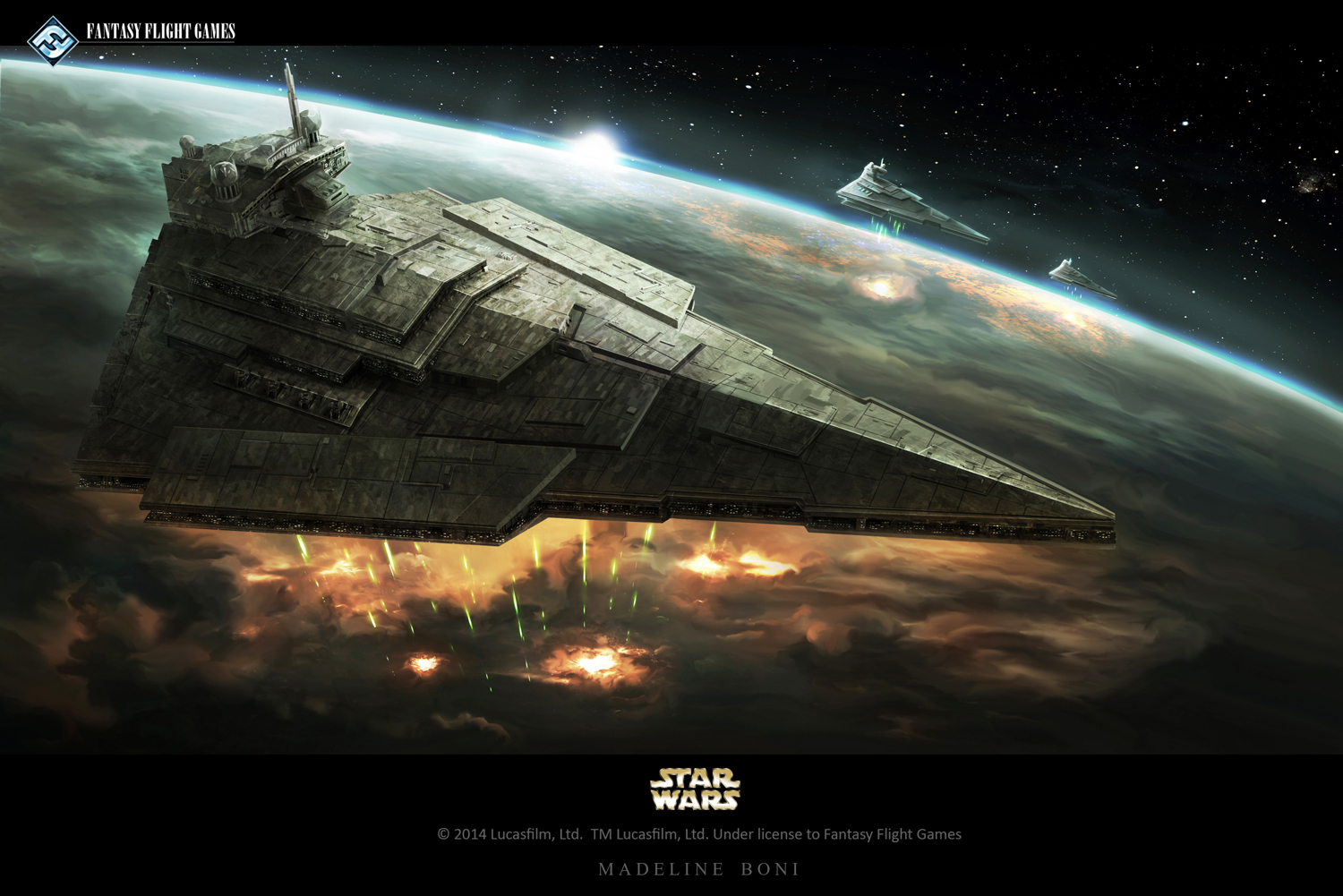 So I will admit this fleet might not be the most original but I think it has some potential. The Decimators form a powerful Rhymer ball, that has a strong counter element with Dengar. Together the Decimators alone can put move and then put out 12 blue a dice a medium range. This is a major threat to anything. If attacked by enemy fighters they have a good counter and can use their toughness to push through. If Dengar can survive for a turn or two the Decimators can either fly away, or ignore the enemy squads to pound the capital ships.

The Raider is designed to move in support in this formation. Tricked out for anti-squadron warfare it should be able to make up for any lack on the Decimator’s part. In particular it can use Ruthless Strategists and the high hull of the Decimators to tear apart enemy units. The real goal would be for it to lock down any fighters, while the Decimators fly away. Avoid having it go head to head with enemy warships. 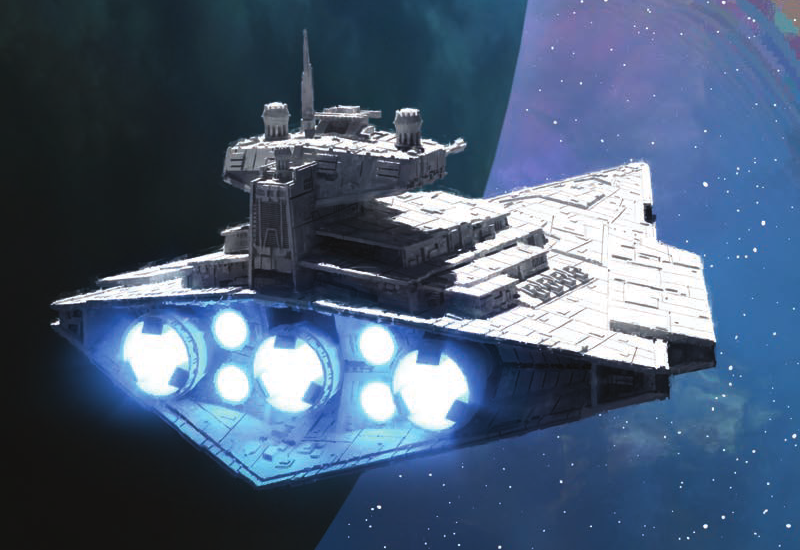 The Victory II is the other half of the pincer movement. While slow, the ship is cheaper then an ISD II And still deadly. The idea here is all about placement. You’ll have to use the Decimators to drive the enemy into the teeth of the VSDII. The new addation of Tua and the ECM, coupled with Motti, makes the VSDII a very though ship. It should be able to finish off enemies that have been beat up by the Decimators already. The Suppressor  with Comms Nets is a perfect support for the ship, taking down enemy defenses and helping with needed commands for the VSD. 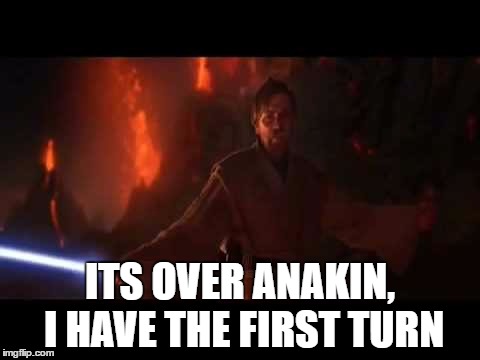 With a 15 point bid for first player, you should have your choice of going first most games. This is really what you will want to do. The VSDII is the only ship that really matters in the fleet. Keeping it alive and going when it needs to is the what your focus should be on. With it going first it should be able to do what needs to be done. 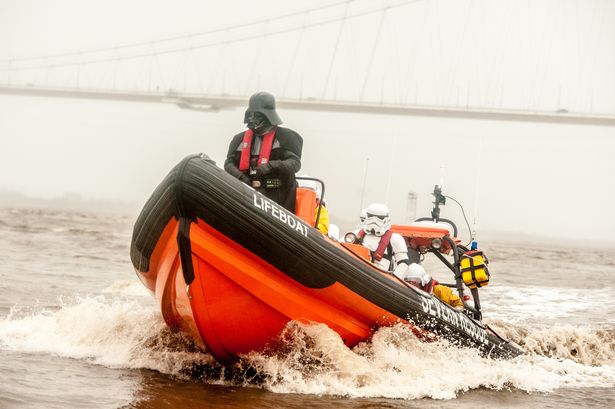 Yep. This fleet has a really obvious lifeboat in the 2nd Gonzonti with Motti on broad. I threw Titus on there just for fun and to mess with the enemy, but really the purpose if of the ship is for the activation and to keep Motti alive. This thing is just going to hid in the corner all game. If the enemy sends things to kill it, well they better send a lot, Gonzonit’s do have scatter, so taking a significant portion of the enemy fleet out of play is a win for you as well.

I’ve had success with this fleet in actual games so far, so that makes me pretty happy. I built this as more a casual fleet, its not as optimized as could be, and to try and use both the Decimators and the VSDII. The mian key to winning with the fleet is flying the VSDII well. The Decimator ball is pretty rough, and I’ve had it chew through enemy ships, while tying up significant anti-fighter forces as well. I’m not sure I really like it better than a Fireball, but it was a nice change of pace. Overall, I found this to be a decent if imperfect fleet.

That’s all for this time BOLS fans! Let us know what you think of this fleet, and what changes you would make, down in the comments!

Author: Abe Apfel
Abe is that rare thing, an Austin local born and raised here. Though he keeps on moving around, DC, Japan, ETC., he always seems to find his way back eventually. Abe has decades of experience with a wide range of tabletop and RPG games, from historicals, to Star Wars to D&D and 40K. He has been contributing to BOLS since almost the start, back when he worked at and then owned a local gaming store. He used to be big into the competitive Warhammer tournament scene but age has mellowed him and he now appreciates a good casual match. He currently covers 40K tactics and lore, as well as all things Star Wars, with occasional dabbling in other topics. Abe remains in mourning over the loss of WFB to this day.
Advertisement
Armylists Star Wars Armada Tactics
Advertisement

40K CSMs: Are Cult Troops Worth It Anymore?