We’re back with another edition of rules you might have missed. This time we’re looking at abilities that do the same thing…or do they?

As we’re all playing more and more games we keep running across interesting situations. A lot of these things were missed at first glance because we just assumed “that’s how it worked before, so that must be how it works now.” However, as we’ve talked about in a previous article, this is a new edition – flush that line of thinking at start over. Look at the rules from a new set of eyes and you’ll start to notice new things.

But before we dive into this edition of rules you might have missed, I want to define some terminology so we are all on the same page.

Stacking or Stack – (referring to abilities that “stack”) – Abilities or rules with bonuses that are cumulative.

Overlapping – (referring to abilities that do the same thing) – Abilities or rules with similar terminology or effects that trigger simultaneously.

So here was the situation. We were playing a game with a Lord of Contagion. He was the Warlord and had rolled for his Warlord Trait and received “Tenacious Survivor” and we started playing. 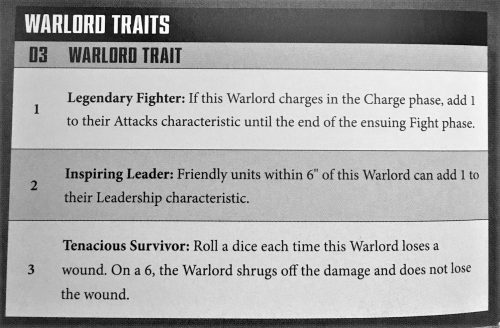 Eventually he took some hits and failed his saves and started to lose wounds. That’s when we remembered he had a two different rules that were at play here. As most folks are aware, Plague Marines and the Lord of Contagion have an ability called “Disgustingly Resilient” which does the following:

Now, both of these effects pretty much do the same thing, right? Only  Disgustingly Resilient is on a 5 or 6, were as Tenacious Survivor is only on a 6. We just rolled once per wound lost and didn’t think anything of it. But after the game we started looking at both abilities. “Why would you ever want Tenacious Survivor with Nurgle? It seems terrible – it’s worse than you’re ability” we thought. I thought, well maybe there was something in the Designer’s Commentary about it. And there was…sort of: 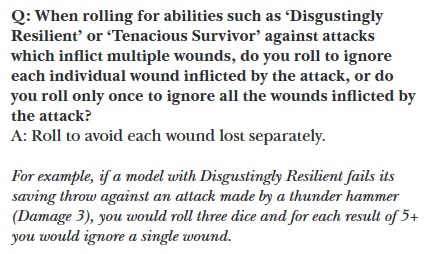 Well that doesn’t really help much because it only referring to how those rules interact when you’re dealing with multiple wounds and not when the abilities are stacking.

But wait: Do those abilities Stack or do they Overlap? The short answer is yes. You get both abilities.

Both abilities do overlap. They both trigger “when this unit (or warlord in this case) loses a wound…” so they totally overlap. In cases where abilities trigger at the same time, it’s up to the active player to determine when they resolve. It’s in the rules:

Both abilities also stack. The abilities are different names and neither are “re-rolls” which is the only case we could determine that abilities don’t stack. 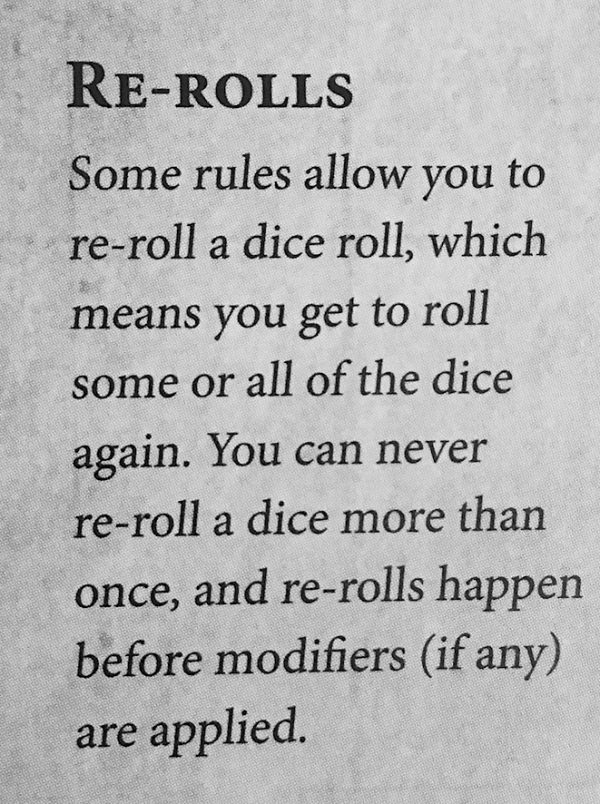 This all goes back to the way abilities used to work in previous editions. A lot of folks are just assuming that they don’t stack, however, if that was the case then GW should have been more clear and intentional. Just like they were when they spelled it out for the way Fortune works with the Avatar of Khaine:

Those two abilities DO overlap, but the do NOT stack.

So we have a case where GW is very clear on one set of abilities and another where I’m sure folks will argue they were not clear. So for those folks I would ask what happens when the Molten Body ability fails and the Avatar gets to use Tenacious Survivor?

Different Abilities. Different Triggers (check the wording). Those don’t overlap at all. But they DO stack. 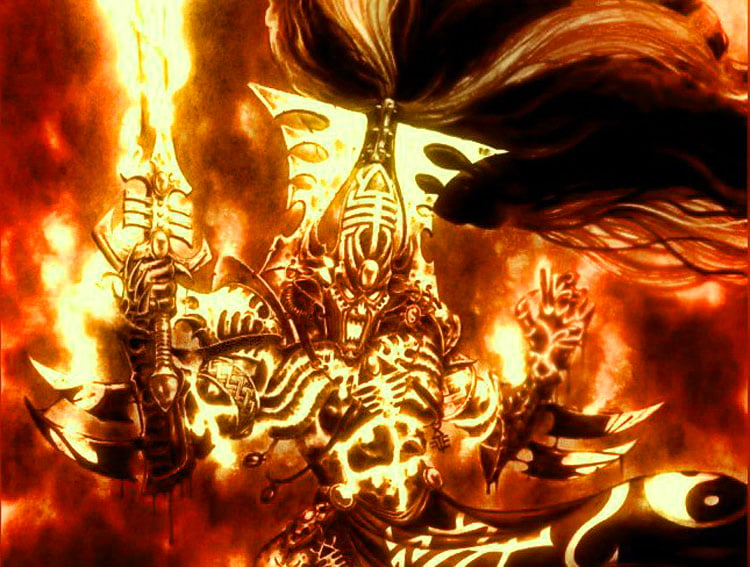 Fun times. Anyone else ready for a quick FAQ with examples yet? Until then, if you come across rules or ability interactions that are a tad wonky and you’re not 100% clear, your best bet is to dice off… However, this one seems pretty clear to me.