L5R: The Phoenix Rises from the Flames – and other Elements 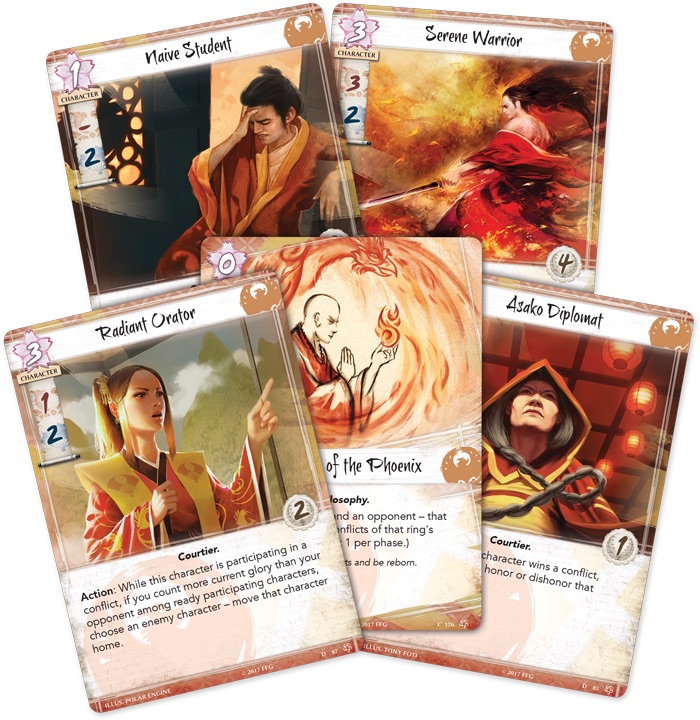 The Phoenix Clan harbors the mystic might and mastery of elements needed to secure Rokugan’s fate.

The Phoenix Clan are the masters of the five elements. Their mystic might means they can control conflicts and determine the flow of battle, should it be needed. Ruled by omens and portents and guided by their Shugenja, the Phoenix Clan care for the Emperor’s Soul. And indeed, for the soul of Rokugan.

Unsurprisingly, clan Phoenix has many effects that relate to controlling the elemental ring of a given conflict. Some allow you to determine the elemental ring involved in the conflict, like the province of Kuroi Mori, pictured below, or indeed even control the type of conflict. 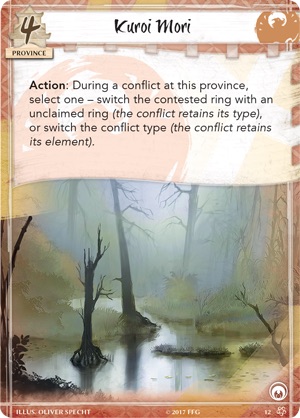 And as you might expect from a Clan that has the highest concentration of Shugenja and the like, they want to control the elements of a conflict not just so that they can resolve those sweet sweet elemental ring effects, but also to trigger the effects of their other cards. Phoenix are very much about elemental synergy and buffs to their other cards. 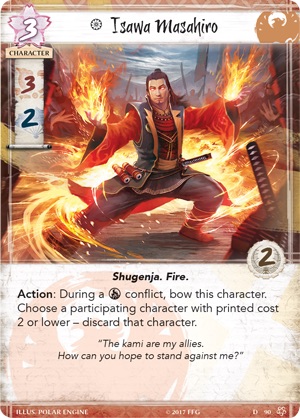 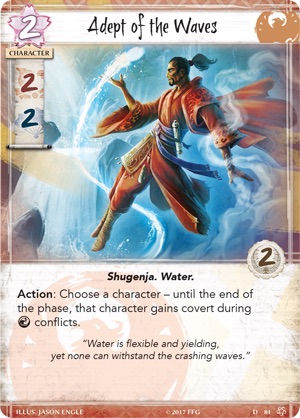 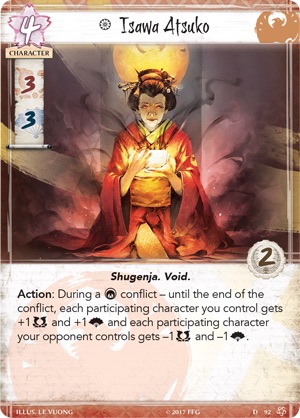 Buffs galore is one of the chief strategies of the Phoenix. Shugenja are the fuel for the empowerment engine that the Phoenix rely on (many of their cards are slightly weaker baseline, but with limitless potential given the right elements). But, the Shugenja are a vulnerability–so with that in mind, their protectors are an important aspect of the Clan as well. 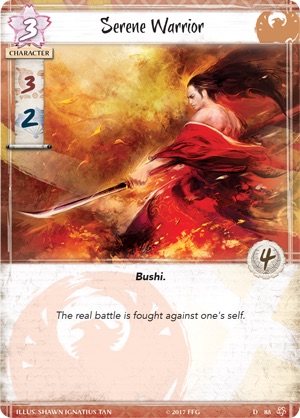 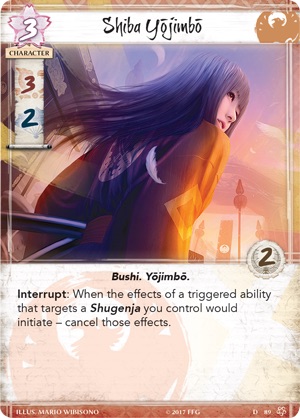 Note on the Serene Warrior–they’re nothing to write home about at first. But if you can honor them and take advantage of that high glory, you’ll be able to contend with even Clan Champions at 7 martial and 6 political skill. It does have a certain vulnerability, but it seems like Phoenix are all about swinging the battlefield at the exact right moment. Like with the onset of a supernatural storm. Or when fighting in/around their stronghold. 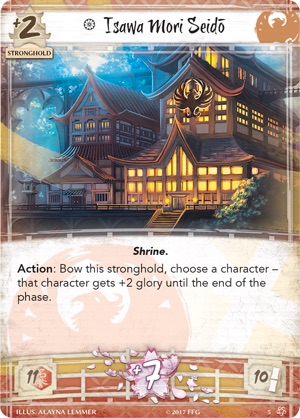 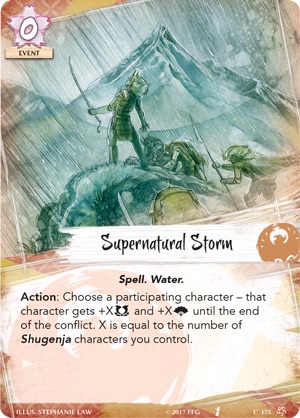 Even their Champion, Shiba Tsukune, is designed to work around this strategy. 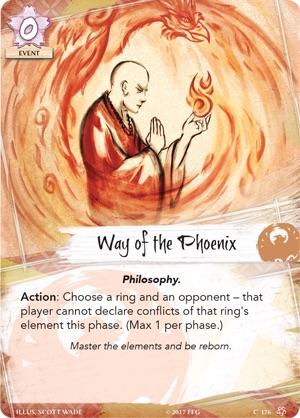 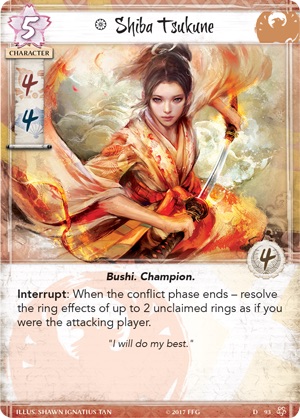 At 4/4 she’s one of the baseline weakest champions (but according to the recent story, Risen from the Flames, she’s only just come into power as Phoenix Clan Champion, so it makes sense that she would be inexperienced), but if you can honor her, she suddenly becomes dominant. Especially with her ability to resolve ring effects–make no mistake, the Phoenix seem to play very delicately–but when the time is right, their coordinated strikes will wipe an opponent out quickly and cleanly. The trick will be in enduring until that time. It seems like the Phoenix will rely very much on being able to control the tempo and type of conflicts they engage in, needing to quickly build momentum so they can bring their power to bear before the enemy can deal with it.

With GenCon only weeks away by now, it’s time to start closing in on the last few details. Be sure and stay tuned for a glimpse of the heinous Scorpion Clan and see what machinations they have moving within the shadows.

And of course, every time we mention L5R, we’re legally obligated to remind you that Mantis Clan is the best clan.