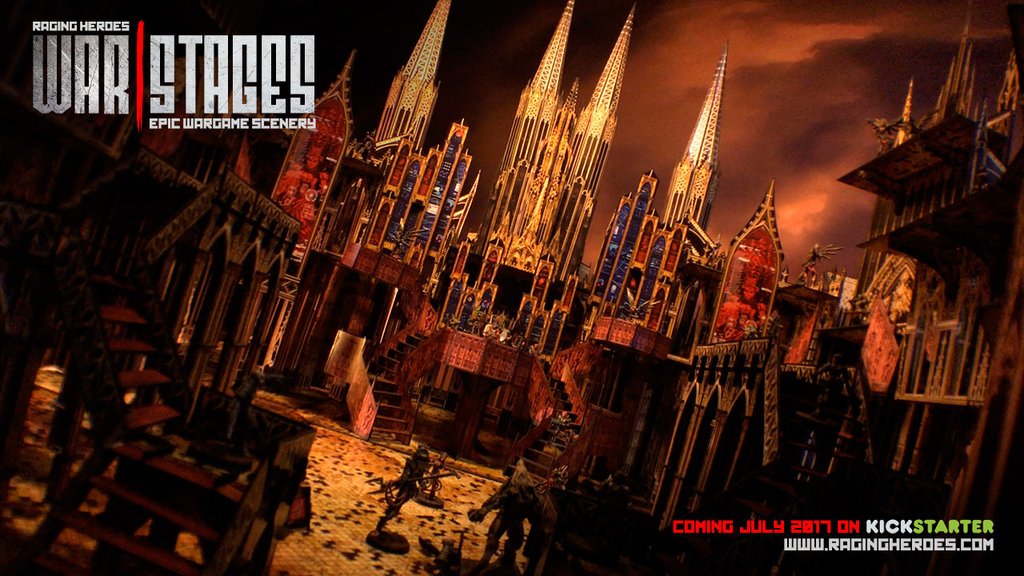 This detailed terrain is sure to add high drama to your games – from massive battles to skirmishes.

Raging Heroes is launching a Kickstarter this month for WarStages – a modular terrain set that’s meant for everything from massive battles to skirmish settings and RPGs. It easily transforms from a massive fortress to urban ruins with a look that suitable for both sci-fi and fantasy settings. In one kit… 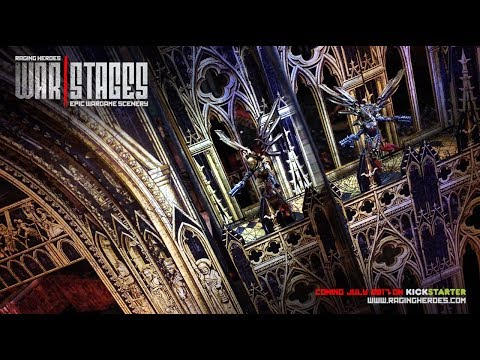 The WarStages system is based on two types of components. The Bricks are small basic components: ground sections of 2×5 inches, wall sections, railings, stairs. The Stages are structures made of these Bricks. Each Stage is a building structure that can stand on its own and has a specific function: main portal, choir, bell tower, wall section with catwalks, etc. 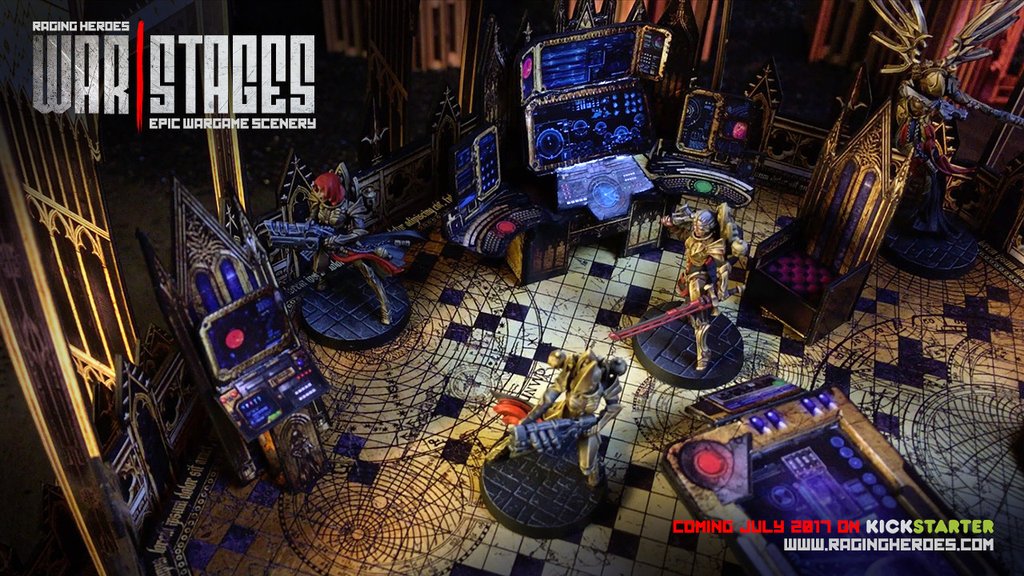 The full Cathedral kit is an assembly of several Stages. Put them together to make the Cathedral… or nearly anything else in just a few seconds. This is because we have conceived each Stage in the Cathedral Kit to have a different type of architectural and gaming function: large portal, catwalk structure, wide platform, enclosing wall, etc. 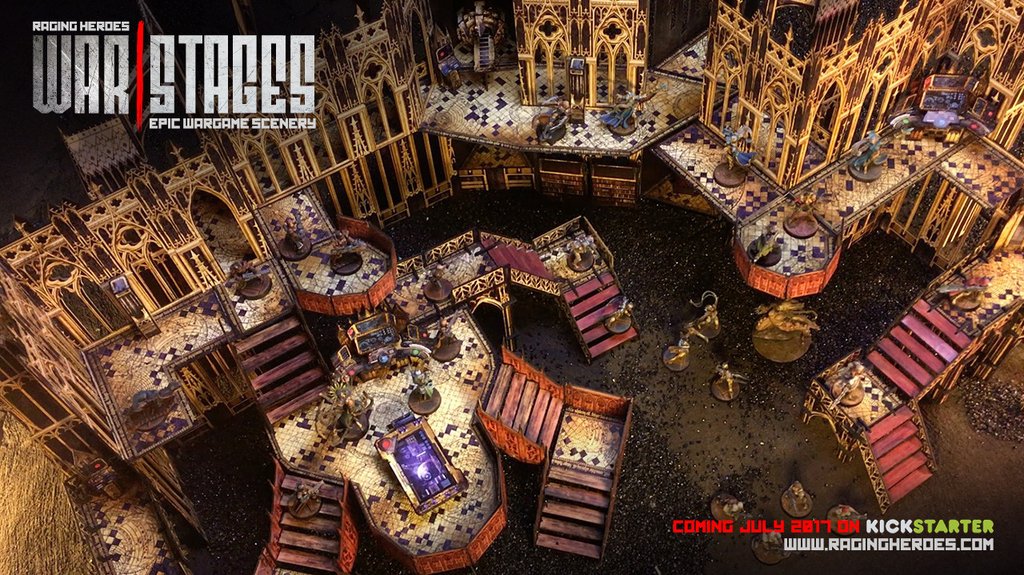 Once you have these Stages ready, it’s super easy to either assemble the full cathedral or organise the Stages to set up a fortress, a city in ruins, a giant gothic complex, or whatever you can think of… just by moving the various sections around. 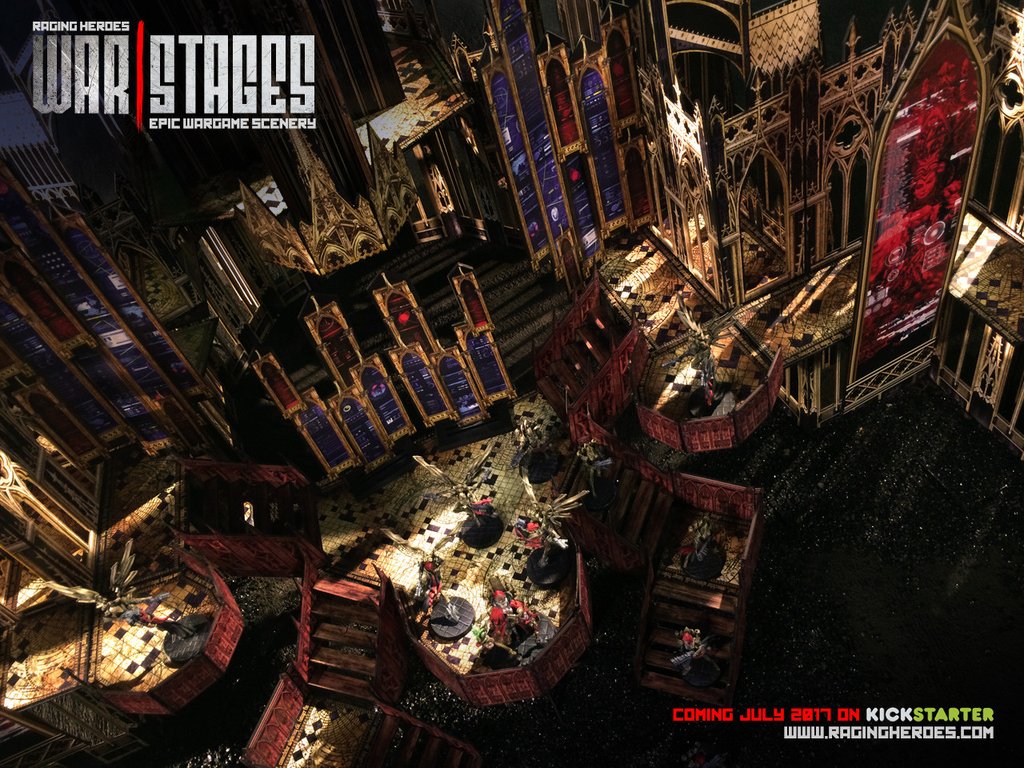 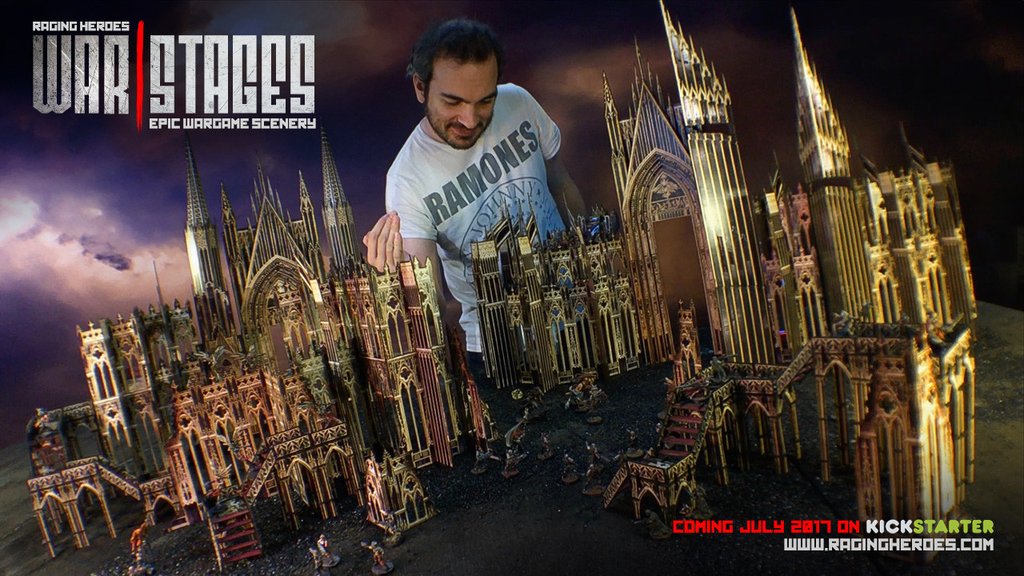 Sign up for alerts so you don’t miss out on this one….